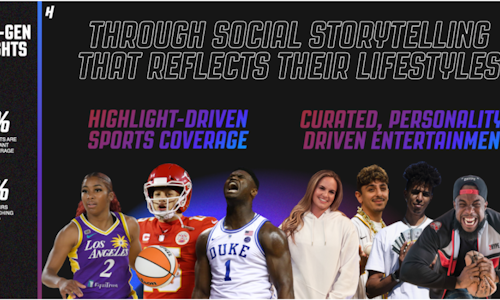 Sports is at the heart of House of Highlights (HoH).

Connecting and delivering content for the next generation of sports fans is the ultimate goal and vision of HoH. Fans come to HoH because it has built a brand known for delivering sports content in a way that speaks the language of their audience, captures unique moments better than the competition, and provides a consistency that the audience can rely on. With access to media rights of various popular sports leagues, such as NCAA, NBA, MLB, and the NHL, HoH is able to deliver the must-see content right when it happens across its various social media platforms. Although other media brands hold similar capabilities, few can say that they are leading the charge in adapting to the way fans consume live sports on social media. In addition to covering popular sports leagues, House of Highlights has launched various live competition series with the HoH Showdown and HoH Creator League to capture the impact of sport on the younger audience. Whether it be another iconic highlight from Lebron, a last-second buzzer-beater during the Final Four, or simply a viral user-generated clip of a kid dunking on someone twice their size, HoH has leveraged sports in a way that not only celebrates the biggest stars on the biggest stage but also the impact sports has on everyone in our everyday lives.

The way sports fans watch, listen and follow sports is constantly in flux. With new platforms, different apps, and new rising stars, the task of reaching next-generation sports fans can feel like a moving target. One of the most exciting ways House of Highlights (HoH) is trying to do just that is by tapping into the real interest of today's audience to leverage sports in a more compelling way. HoH has dove headfirst into the “creator economy” and has combined the popularity and influence content creators have on the Gen-Z audience with the excitement and appeal live sports competitions have on its viewers. House of Highlights created events like the HoH Showdown, and HoH Creator League to achieve this. It’s one thing to witness the greatest athletes in the world competing in their respective leagues, but HoH takes it up a notch by bringing in some of the most famous influencers across social media to have them compete in premium, high stakes, live competitions that bring the same type of excitement. With content creators boasting as many followers as some professional athletes, HoH has combined the best of both worlds to achieve company goals and lead the way in this emerging market.

As part of the Turner Sports family, House of Highlights has access to the leagues that fans gravitate to most, including the NBA, MLB, NHL, and NCAA. Even with this access, the distribution and packaging strategy for each isn’t the same depending on each social platform. When it comes to Instagram, fans can rely on HoH to share the best highlights and moments happening in these leagues while the House of Highlights YouTube channel relies on the NBA the most and creates in-depth content packages that show more of the action from the court in greater detail than the approach on IG. In addition to this, HoH has made the mission to highlight the tentpole events in these leagues by having a presence at events from the NBA All-Star Weekend, the NHL Winter Classic, and NCAA March Madness Tournament to capture and share everything that is happening to make fans feel like they’re right there at these events as well.

Even for a company the size of HoH, and the success it has earned, there have been challenges that the brand had to identify, and overcome. Despite the media rights deals to multiple popular sports leagues, HoH doesn’t enjoy that same access with every league such as with the NFL, or every four years during the Olympics, for example. Relationships have become the key to overcoming this challenge for the company since HoH can often be found sharing content directly from the NFL or Olympics social accounts on Sundays and during the world games. This working relationship has proven to be a win-win for both sides with HoH gaining access to the content they usually wouldn’t have and the other leagues gaining more exposure of their brand to the large audience House of Highlights provides.

Connecting with the next generation of sports fans has been the objective of House of Highlights from the beginning.

The company’s strategy for achieving its objective was focused on leveraging its access to multiple league properties that resulted in various content offerings that resonate with their audience. With the main Instagram timeLine feed being the most prized asset of HoH, the company was able to utilize the NBA for great financial rewards in 2021. Although HoH has proven itself as a sports media brand that celebrates and promotes more than basketball alone, the NBA is still the number one sport not only for the company’s audience but also the brand’s business strategy as well.  When it came to the sold content on Instagram, the account was able to rack up 1.7M views on average with an additional average amount of 174.2K user engagement for sold posts. While sports highlights and clips have been a consistent way for the company to connect with fans, HoH did not just want to stop there. HoH has revolutionized how fans view sports by branching out from the traditional sports leagues and properties to put popular influencers in fast-paced, high-stakes sports competitions that all began with the HoH Showdown. The HoH Showdown Dodgeball Tourney for example was able to bring in 9.8M cross-platform social views, 1.7M cross-platform social engagements and held the #1 global trending video on YouTube globally during the weekend it was broadcasted.

Video for House of Highlights 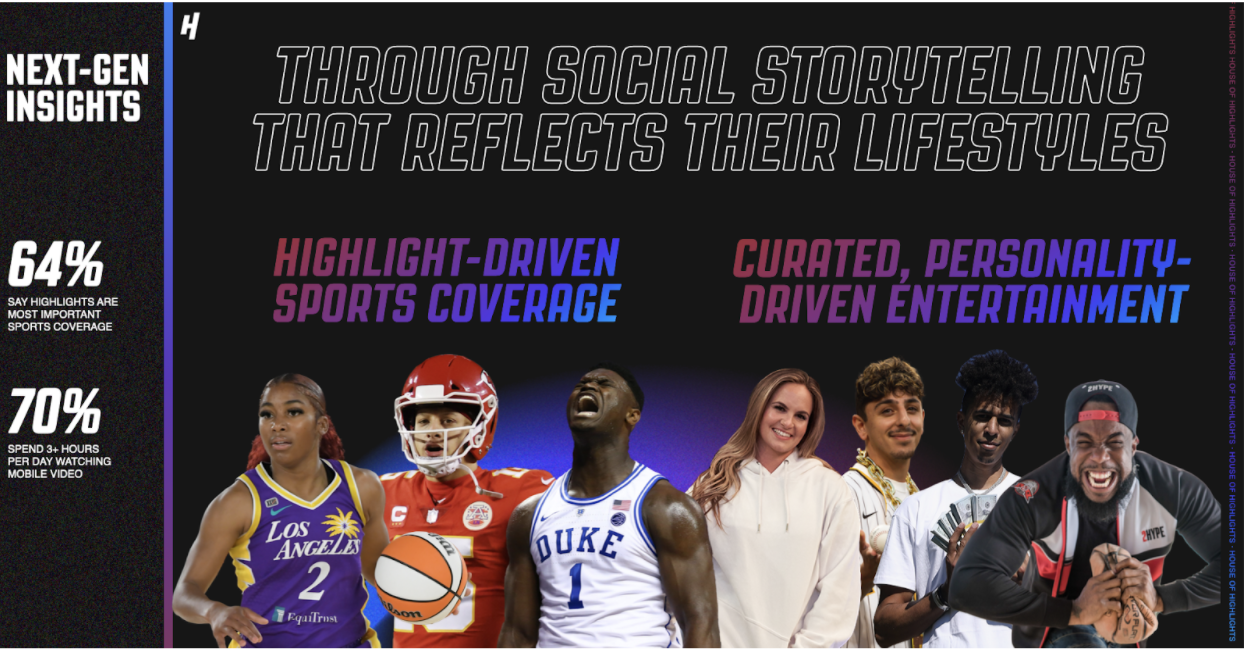