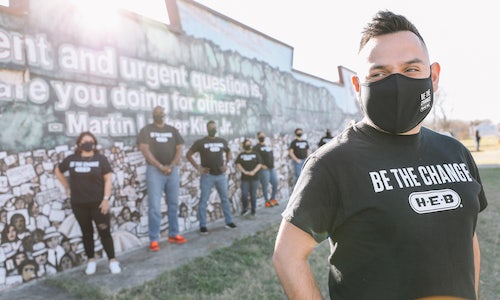 H-E-B was founded on the unwavering belief that each and every person counts. As our president Craig Boyan often says, “We are a people company, we just happen to sell groceries.” That means people of every stripe and creed, celebrating and lifting the diverse cultures of our Texas communities. Through our Be the Change initiative, H-E-B pledged to do our part to advance education, equity and inclusion across the state of Texas.

Be the Change builds upon our established Diversity and Inclusion framework driving us to be a better employer, retailer and community partner. To amplify diverse voices, we’re proudly sharing their stories and highlighting their products and services.

The program launched in a powerful way across multiple parts of the company, one of the strongest and most compelling being a video series across social platforms amplifying their stories. Mahatma Ghandi said “Be the change you wish to be in the world” and through this series, H-E-B sought to shine a light and continue living into that premise, connecting with people by sharing their stories.

The Be the Change video series was brought together by the desire to dive deep into the stories of our diverse suppliers, our H-E-B Partners (employees) and the community organizations that we support and that contribute to a similar mission as Be the Change. The Be the Change initiative was launched in response to the George Floyd murder and was put into the public eye at a very tumultuous time. H-E-B faced the criticism head on and stood by their values to always do what we  believe is right. While this type of work advocating for diversity was not new to H-E-B,  it was a very important time to give it a brand and a more overt, unified, powerful voice.

In January of 2021, H-E-B launched Be the Change with Black History Month with multiple tactics across the company to shine a light on black-owned businesses, one of which being a documentary style video series to really delve into the stories representing these key pillars. We knew that this initiative had to be authentic, true, and not mis-perceived as sales-oriented. This meant doing the challenging work of story-sourcing. H-E-B’s digital team worked very closely with the diversity and inclusion team to source the right businesses to feature and whose stories needed to be told. After that, H-E-B worked with a documentary film team to pre-interview and then film at key locations with each of the participants. It was imperative to the beauty of the output that this not be scripted or words put into anyone’s mouths. Our goal was to capture the raw beauty and story behind each video’s subject matter and create a halo effect throughout the year. This came with risk production-wise, but with ample pre-work and vetting, and a kind and encouraging ear, the stories told were 100% authentic - creating an impactful emotional connection. We also ensured our production team reflected the perspective we were looking to share with the world and lived into the Be the Change mission to ensure the most real and honest story in the end.

We launched with Lamar Jones of The Jank BBQ sauce, a charismatic man who while substitute teaching and mentoring under-priviledged youths, started his own BBQ sauce line out of his home kitchen, one jar at a time, to ultimately land on H-E-B shelves. Then we featured Farrah Moussallati Sibai, a mother of three daughters who escaped war-torn Syria, came to Texas and started her business with recipes from her family's little black recipe book, one of the only things to come with her from overseas.

We continued the work to shine a light on the stories of key community groups like the Montrose Center supporting the LGBTQ+ community of Houston as well as taking a look inward at the work done by H-E-B’s Partners and Disability Bridges program which enables and encourages Partners of every ability and disability to have meaningful employment and opportunities, This is just a sampling of the stories we told through this series and continue to produce today.

Going into the series, a top goal was for these to be genuine. We needed to tell real stories and maintain authenticity staying true to the spirit of Be the Change. We took a dive into each participant’s real life and everything that led them to getting a product created and on the shelves, or finding a place to work where they felt supported, accepted and celebrated. These were all successful in creating awareness for the brands, leading to an increase in sales. Through storytelling, we sent positive messages to our Partners and brought topics to light that others may shy away from. We stayed true to our brand and our mission to be the change you wish to see in the world.

These videos received over 3.6 million views and over 97,000 hours spent watching on YouTube alone. 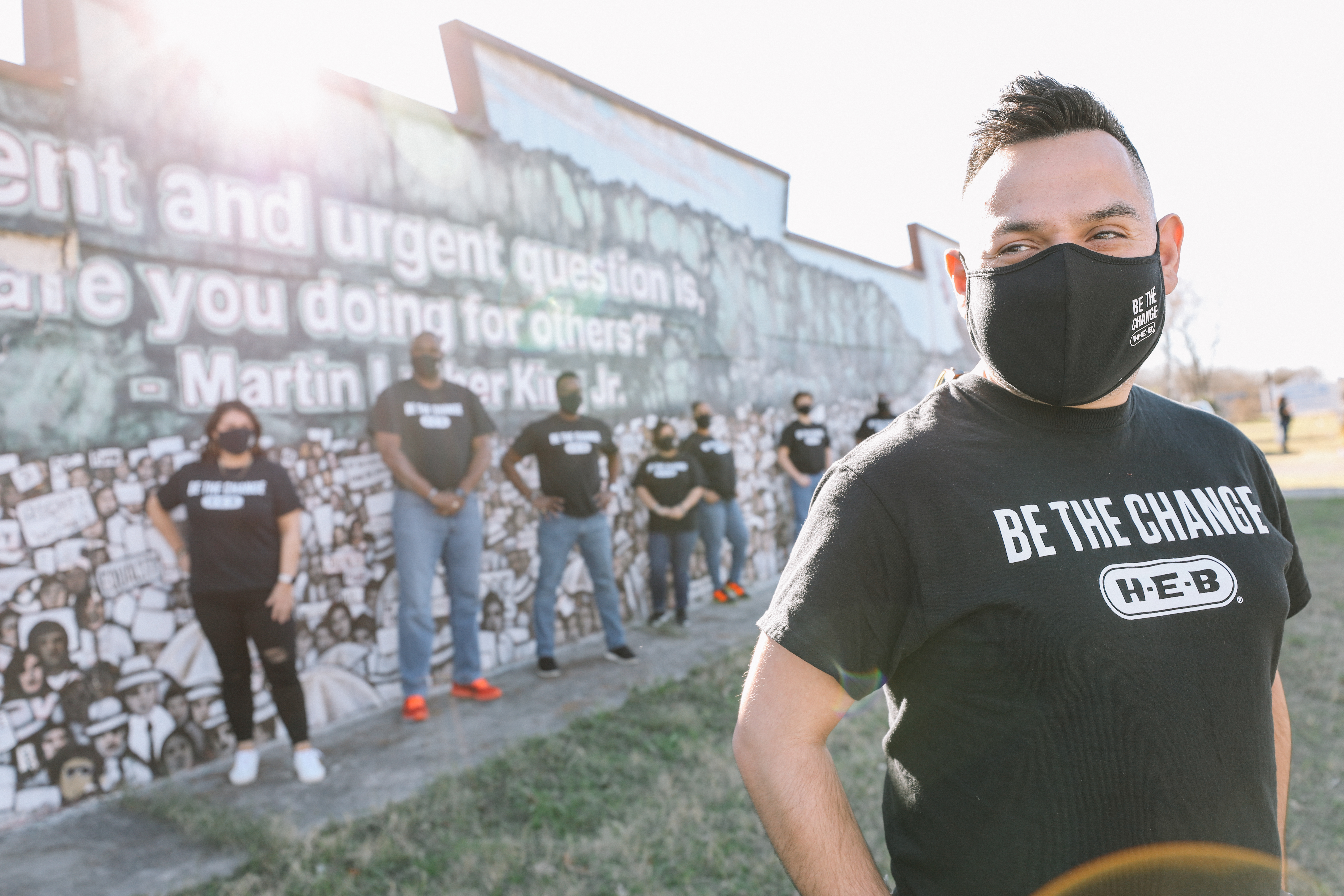