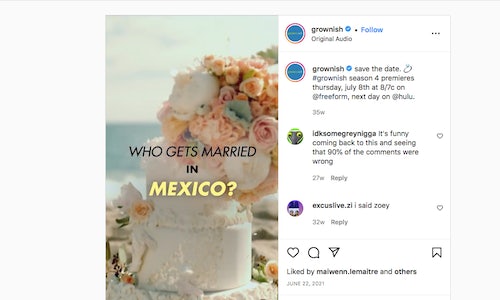 Grown-ish: Who Gets Married Campaign

Grown-ish follows Zoey Johnson as she heads to college and begins her hilarious journey to adulthood. From "black-ish" executive producer, Kenya Barris, comes a contemporary take on the current issues facing both students and administrators in the world of higher education.

Freeform’s primary goal was to make a big splash teasing ‘Who Got Married In Mexico?’ to build buzz and excitement among fans and press for Season 4.

This season, two characters are getting married, which gave Freeform the opportunity to tease the wedding and leave fans guessing who it would be.  Freeform began the tease campaign with a ‘Save the date’ post on IG, using the mystery of who’s getting married as a hook.  Freeform quickly followed suit with a barrage of social posts, teasing the developing romances between each of the couples in the show.  All marketing elements were co-branded Freeform and “Next Day on Hulu” to maximize tune-in for the premiere episode.

The promotion generated buzz, energized discussion boards and created conversations among the trades, blogs, and fan sites for grown-ish.  This new mystery kept everyone guessing right up to the January premiere. 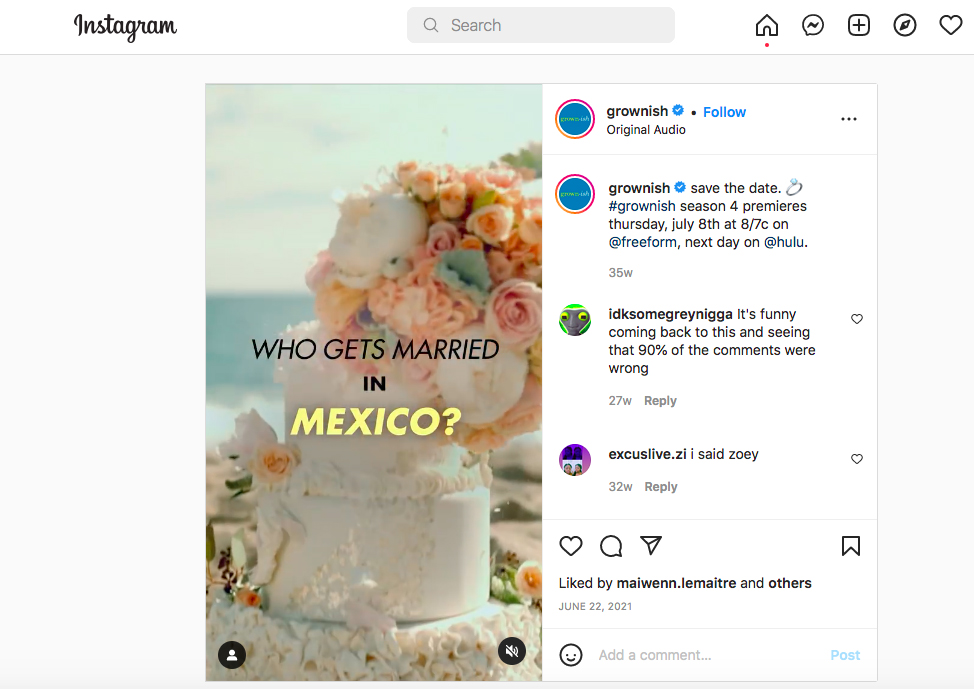