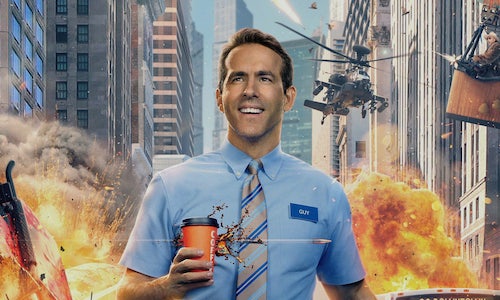 Free Guy: How Our Humble, Helpful Hero Blew Up

The main character in Free Guy is stuck in a video game. And given all he wants to do is break out of his endlessly repetitive rut, we knew we had to forge a breakthrough campaign of our own that could connect with the millions of fans who were more than ready to escape their daily grind, too.

The mission became clear: to activate our self-aware character, we had to start with a self-aware campaign.

But our campaign not only had to serve up tactics that would explode off newsfeeds like one of Free City’s errant rocket launchers—it had to drive interest in Guy as a hero, and Free Guy as a new IP:

Our integrated campaign broke the fourth-wall across a curated selection of targets. Across each, our strategy was to disrupt, either through the novelty of an unexpected partnership, by amplifying through best-in-class talent and influencers, or via buzzworthy new formats that hijacked social:

As a digital stunt, we took over the world's largest repository of 'how to' content, wikiHow via a 1st-ever partnership with a fictional character. Guy became a "guest expert author" on wikiHow, crafting articles that taught fans tricks of the NPC-trade such as How to Talk to Your Online Crush and How to Have A Great Day.

Our next guest author was none other than the world's most popular gamer: Ninja. We worked with the pro gaming superstar to craft his own wikiHow article on how to spot non-playable characters in real-life-- complete with an illustrated version of Ninja in wikiHow's iconic style.

GET YOUR GAMER TAG:

Given Free Guy is all about gamers, we asked the stars of the film to look at a batch of gaming avatars we designed. The goal? Give our (very weird) avatars new gamertag handles that would feel authentic online. The resulting talent day content was a comedic hit with the core--a target we had to win over to validate our new IP amongst gamers.

GUY GETS ON DEPOP:

Gen Z loves to shop on digital second-hand communities, making it the perfect place to hijack attention with an unexpected stunt -- bringing Guy's wardrobe to Depop. As an unexpected twist, Guy's blue shirts were a bit... used. Run over by a train. Blown up by a grenade. Even just stained with coffee. Our closet of Guy's used shirts were distressed in a way that spoke to the film's humor, Guy's personality, and most of all, Free City's action.

In a slow-burn 5-minute video for FB Live, we brought Goldie back, planting a locked camera on his bowl to capture the insanity of a day in Free City from the POV of... a goldfish. After rebuilding Guy's apartment in 3D, we let our own IRL Goldie react as rocket launchers, exploding cars, and jetpacked soldiers shook his bowl, say nothing of the city around it.

In the film, Guy’s NPC uniform becomes iconic. We decided to hijack Instagram's Shopping functionality through a faux carousel that looked shoppable, but introduced fans to each element in Guy's ensemble with a humorous caption and exclusive film clip.

In the film, Guy dies a lot. On social, we challenged fans to do the opposite -- avoid that fate! We created an interactive mini-game on IG Story that challenged fans to get Guy through a day without getting hit by a train, blown up, shot, mugged…

Guy loves helping people, and brings renewed optimism to each day. Taking over #MondayMotivation, we tacked on Guy's biggest tips of advice for folks starting off their weeks. -- whether in Free City or elsewhere.

In the end, Gaming and film fans alike rallied around their new blue-shirted hero, making Free Guy one of the biggest movies of the year. Guy’s leaderboard highlights include:

And scoring press coverage by the following major outlets:

Overall, our campaign helped this V-card carrying Blue Shirt Guy break both bounds and records, ultimately going on to become one of the most successful video-game films of all time.

Video for Free Guy: How Our Humble, Helpful Hero Blew Up 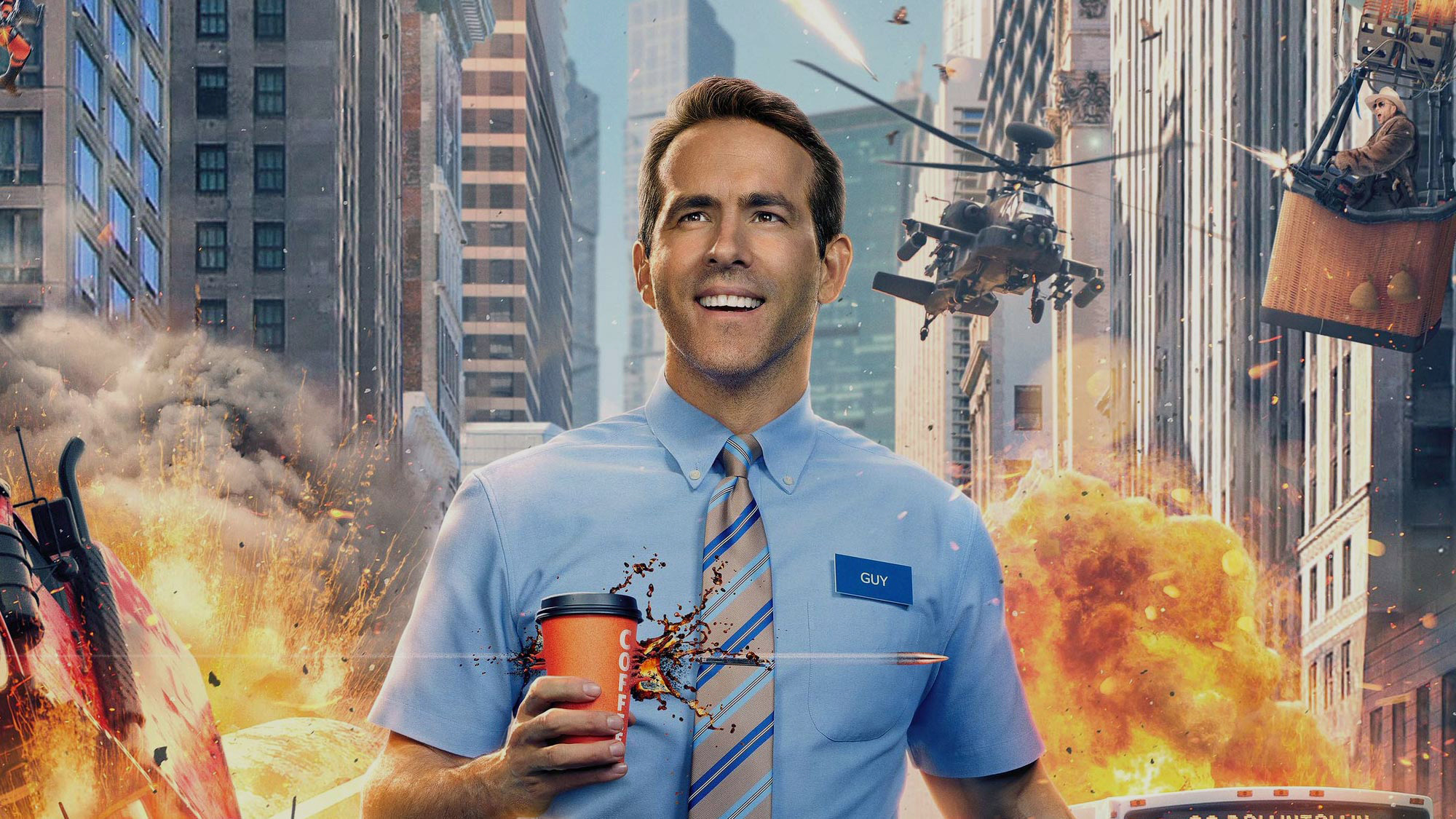 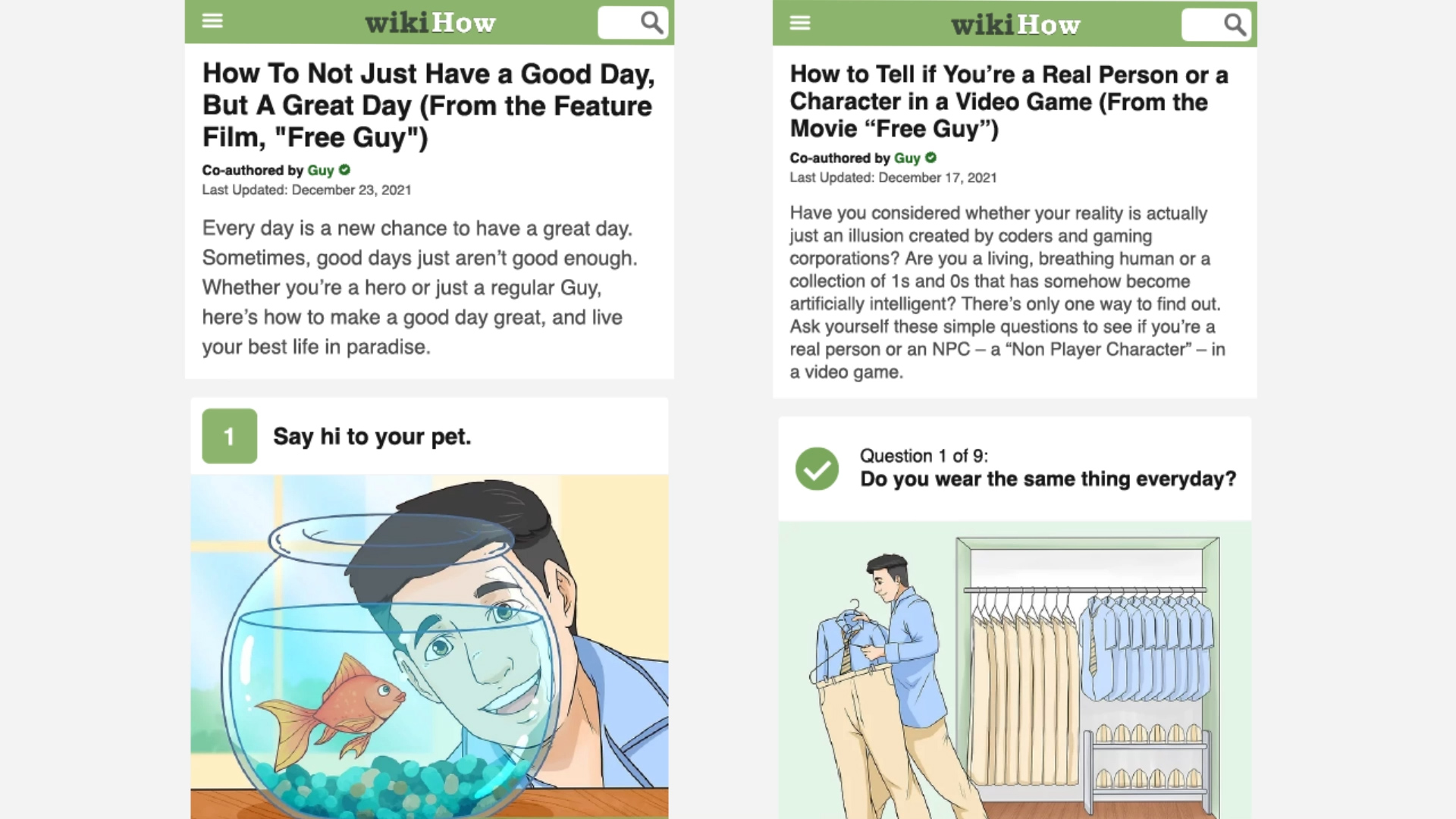 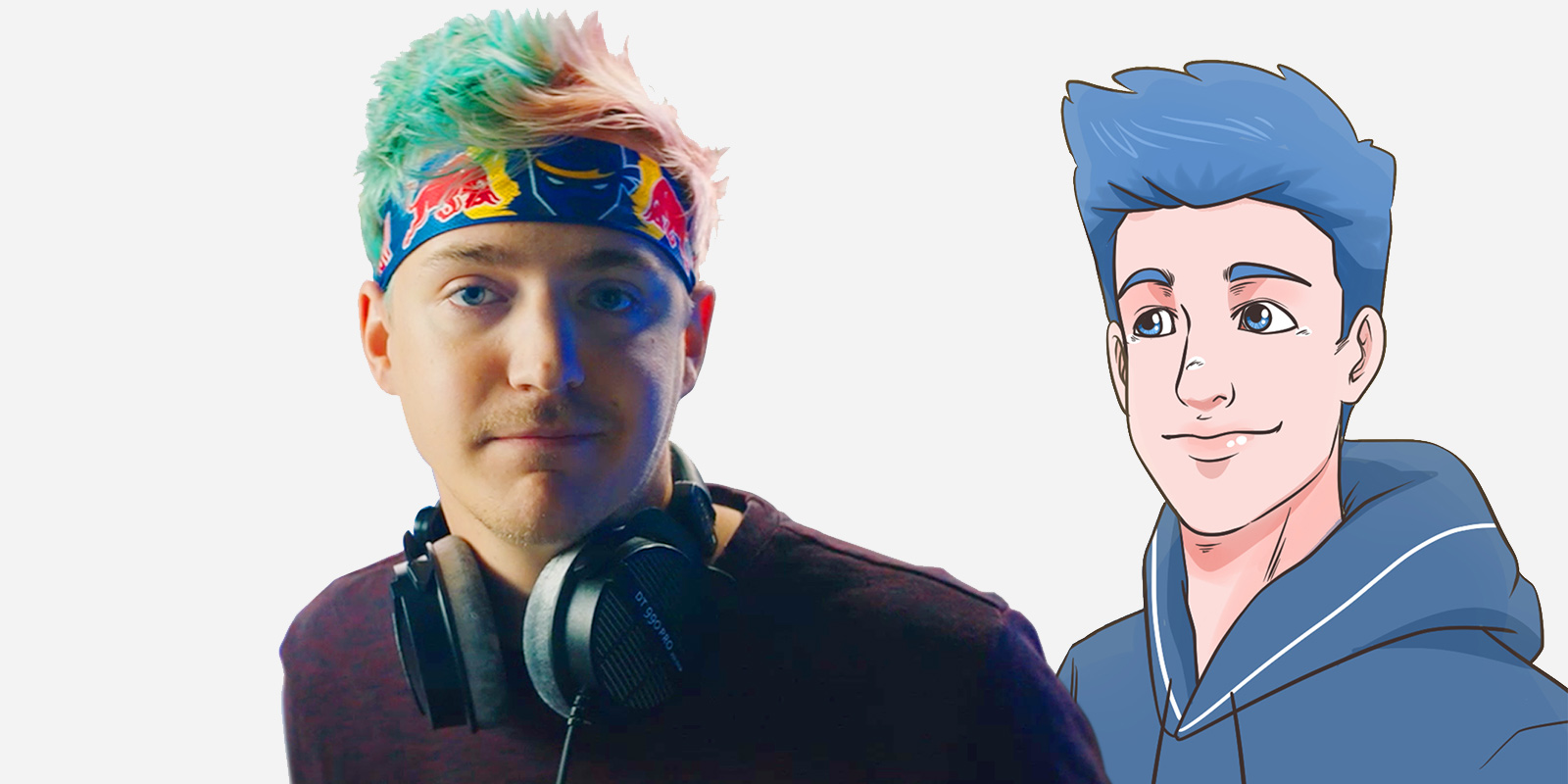 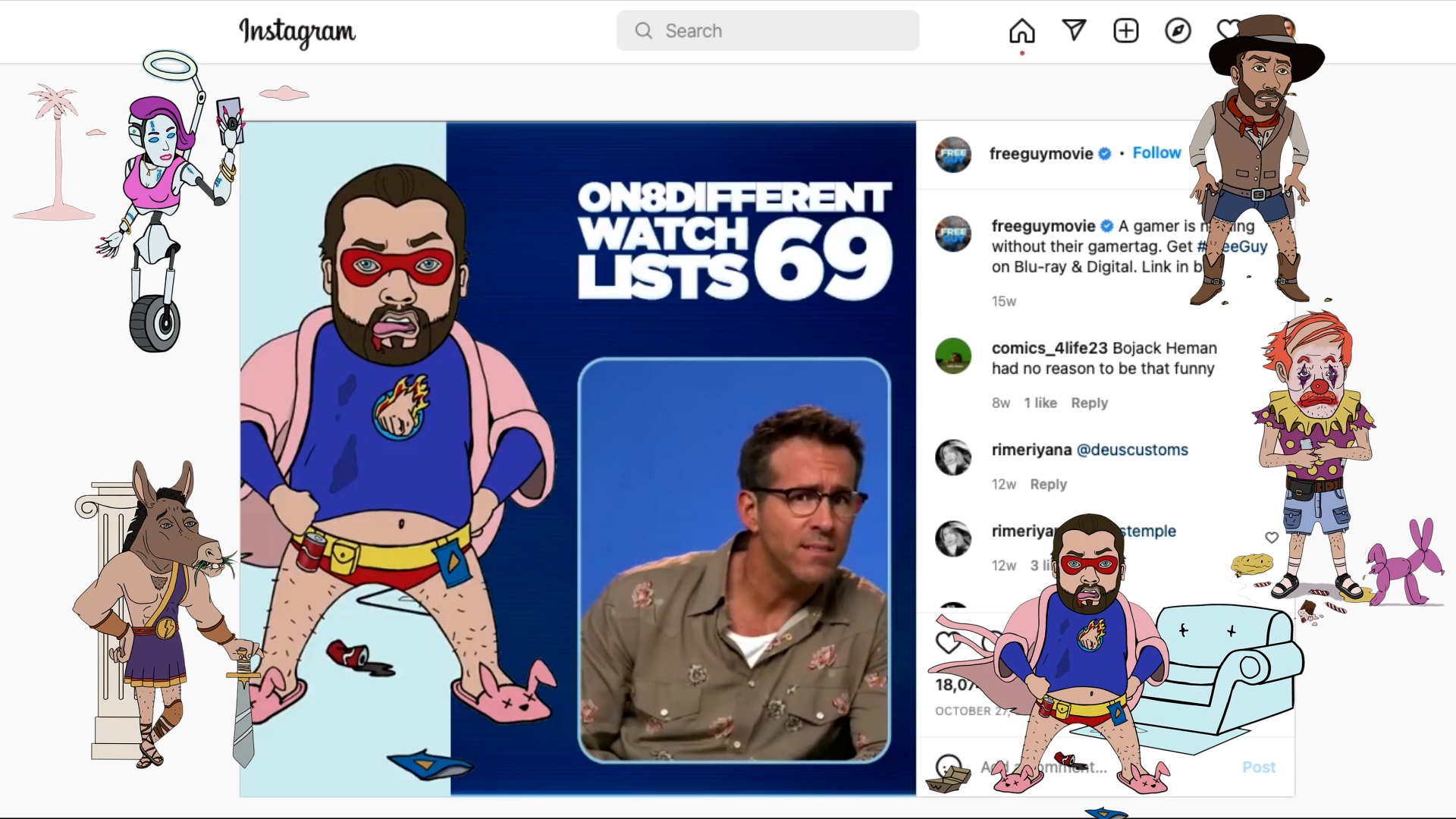 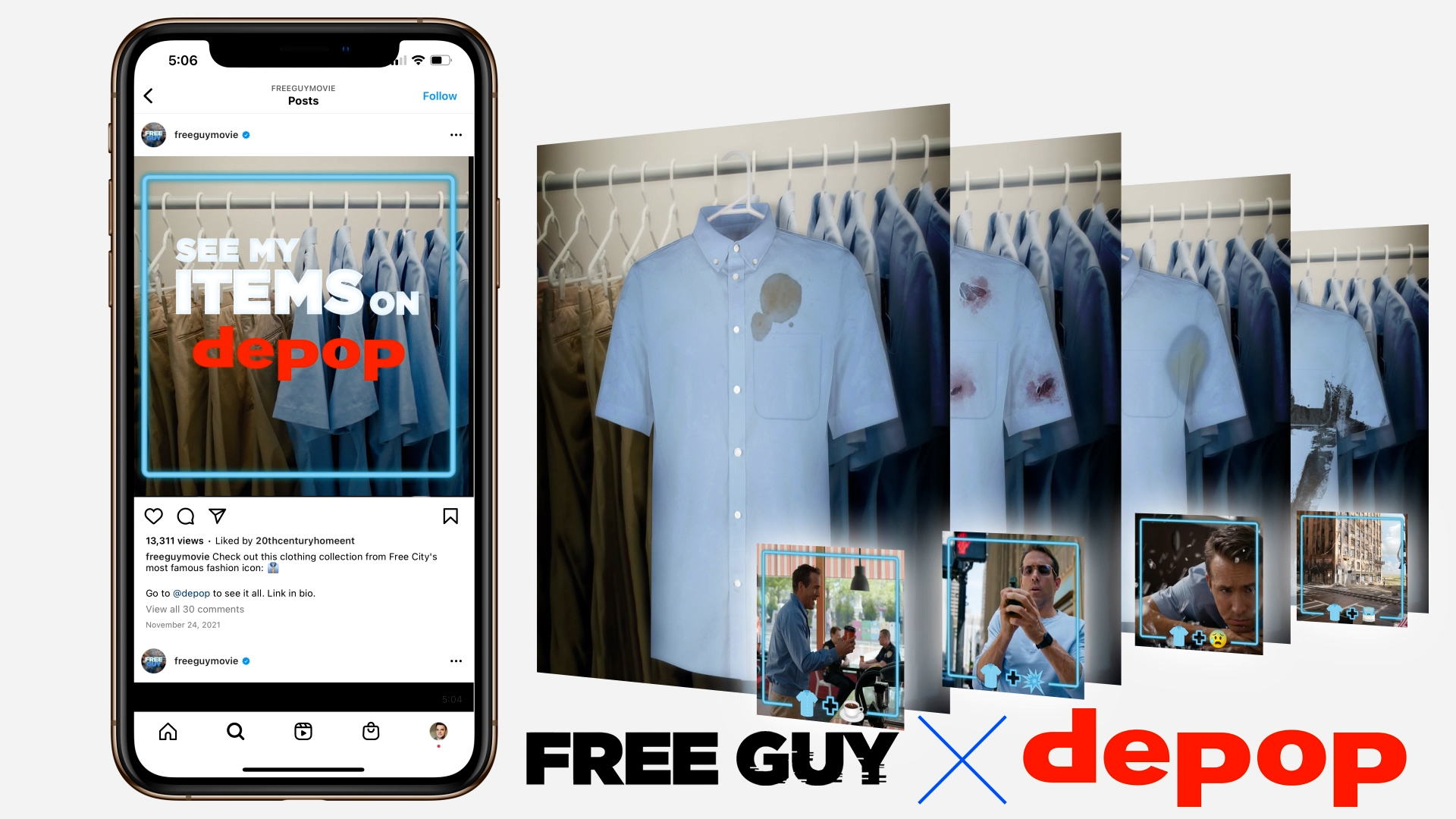 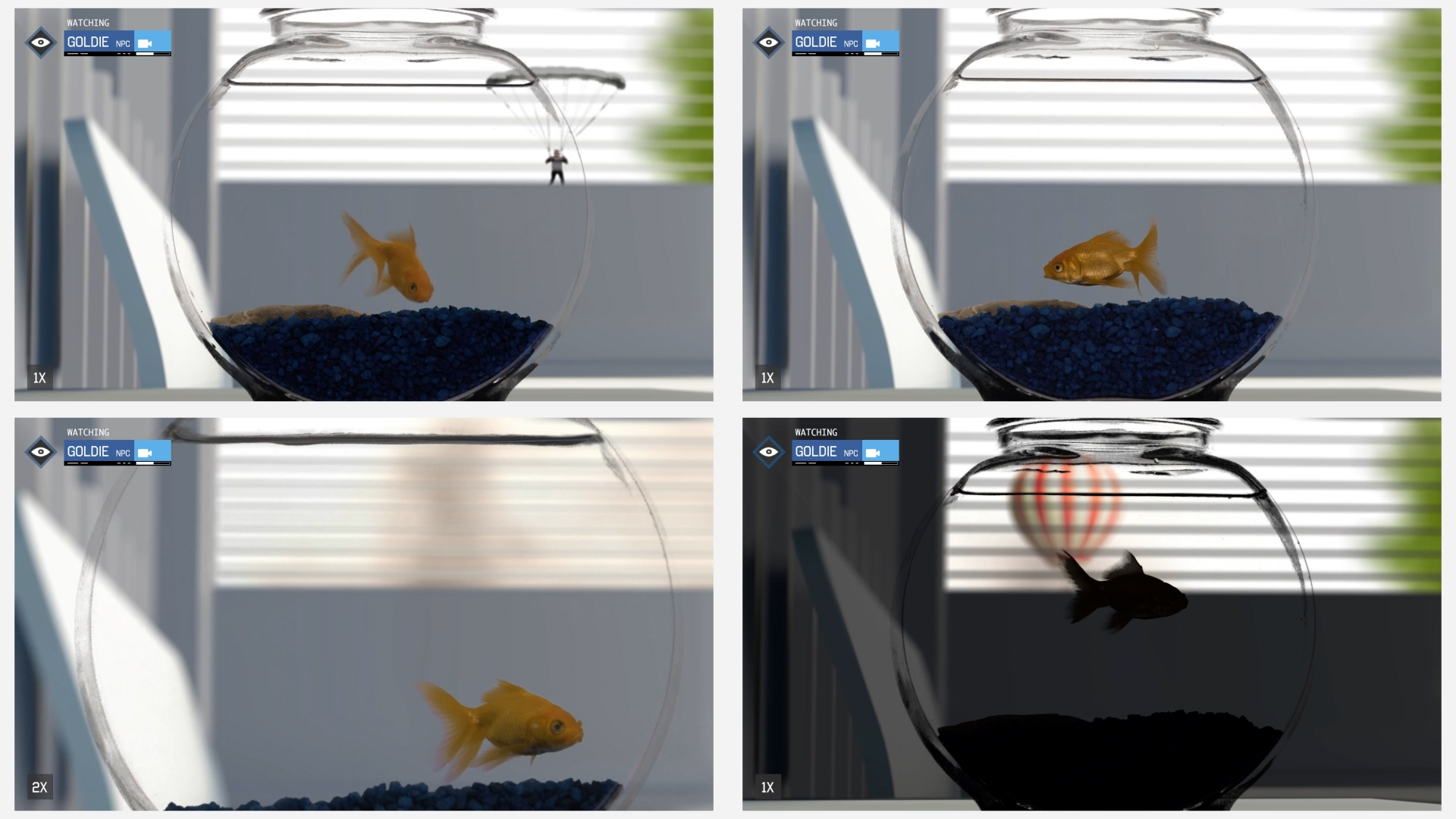 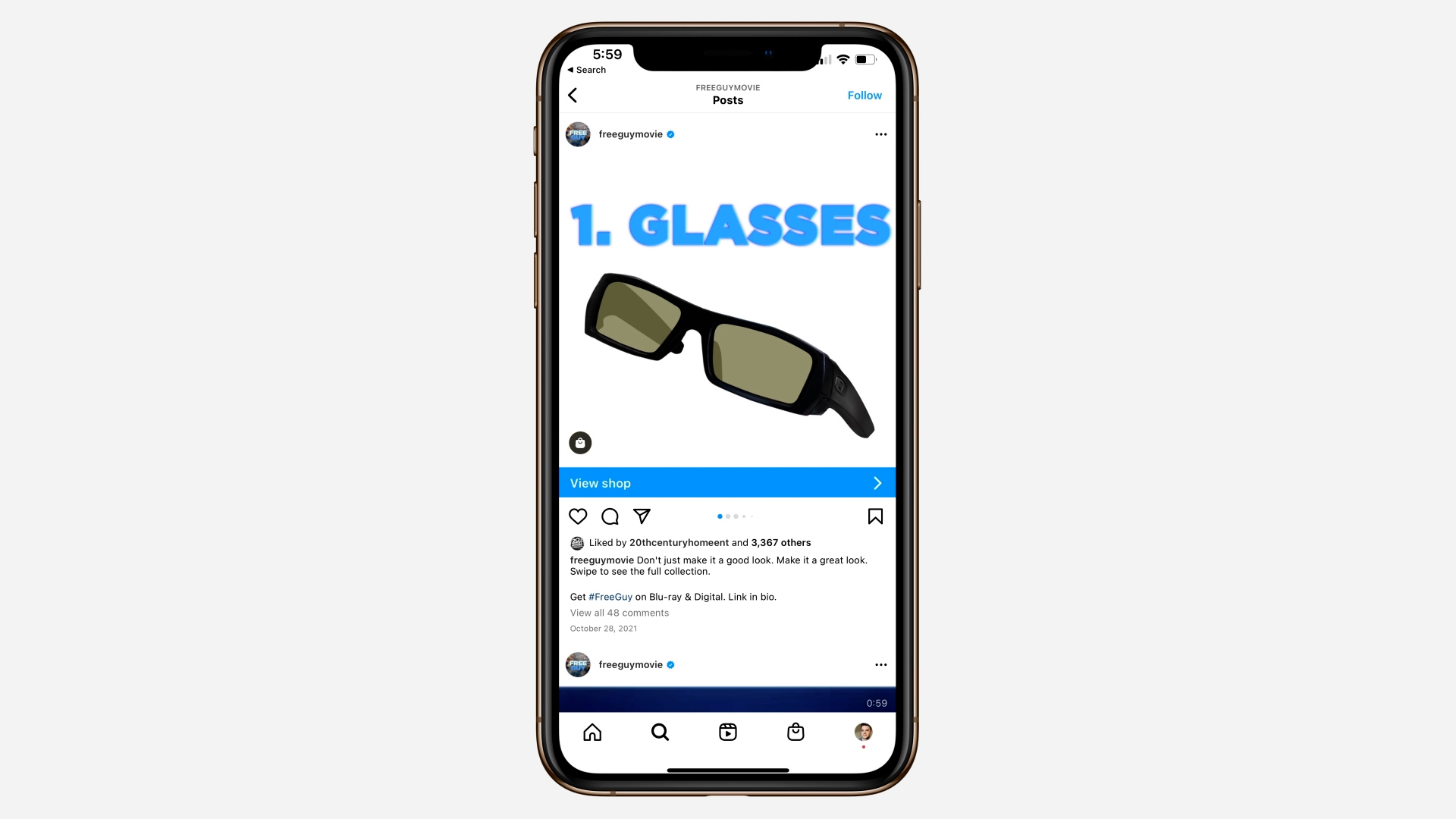 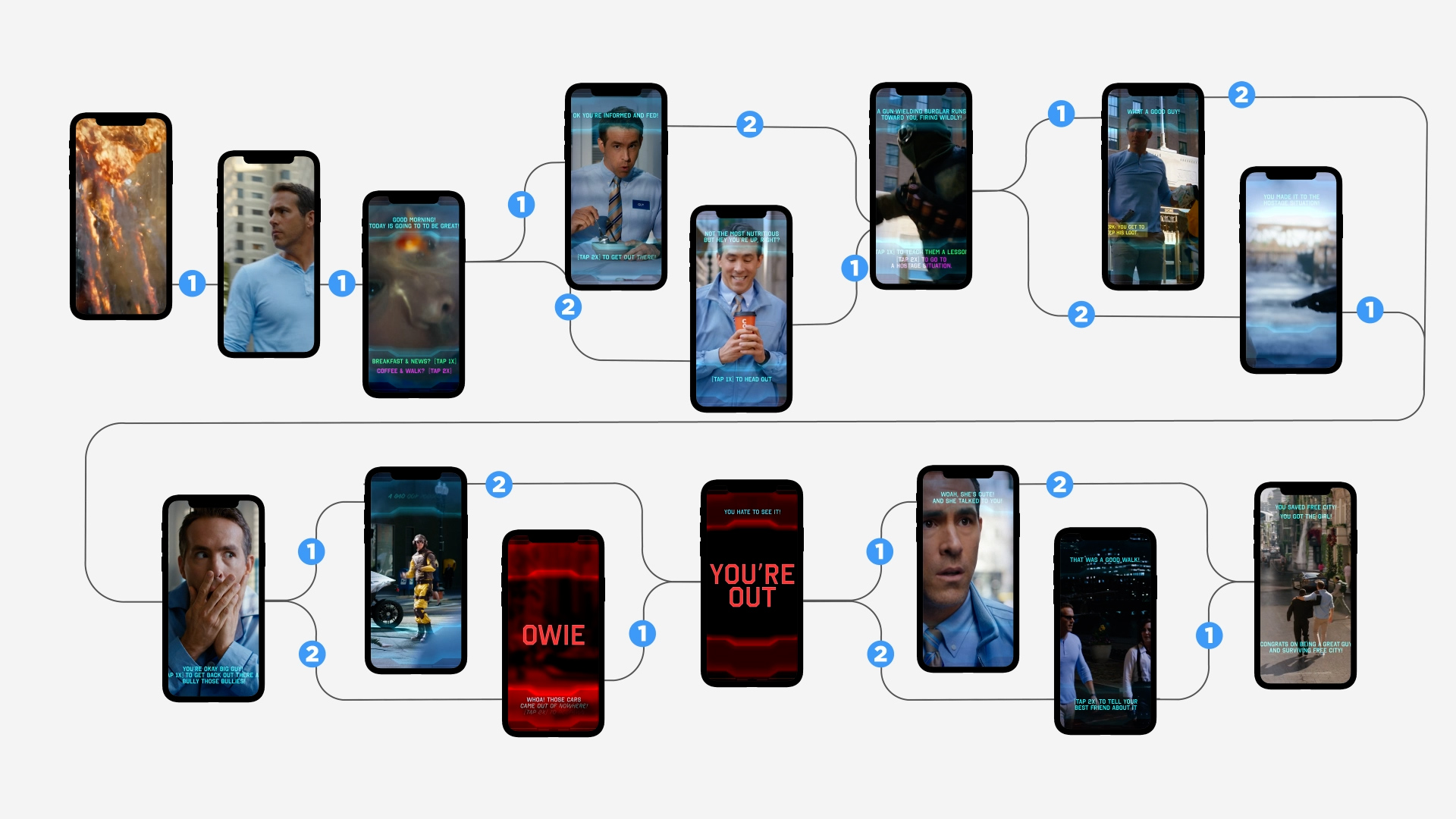 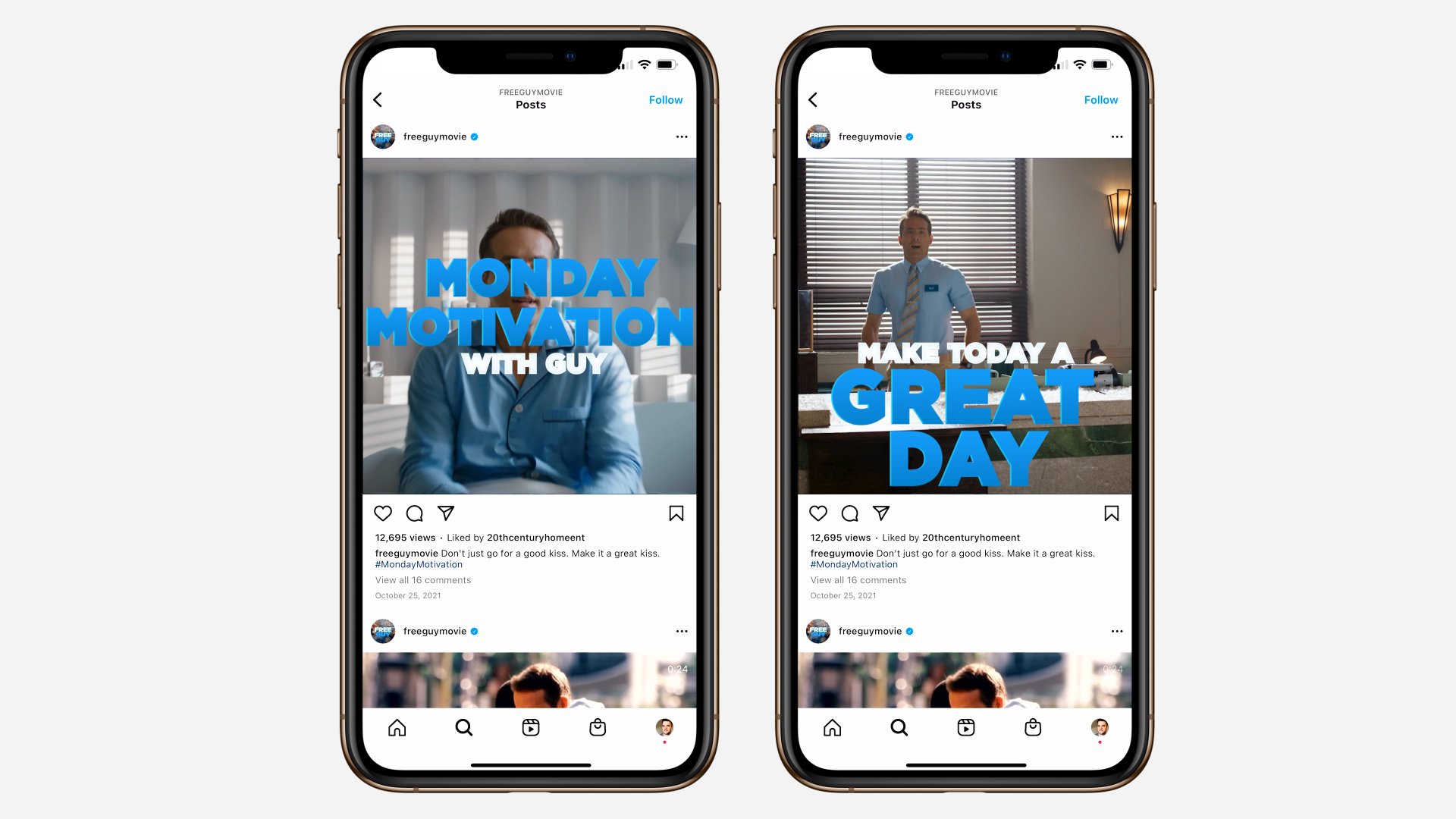