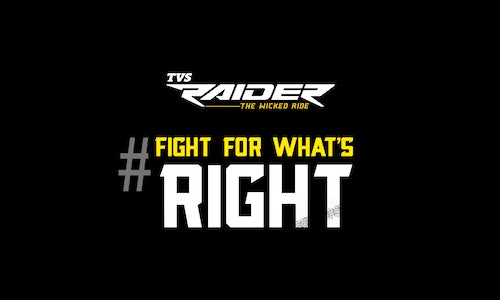 1 in 3 women in India is likely to have been subjected to violence of a physical, emotional, or sexual nature. Yet only one in 10 of these women formally reports the offense. Early evidence during the pandemic suggested that domestic violence complaints had increased by 131%.

Violence against women is deeply entrenched and widely prevalent in India. It is accepted as a way of life by some, ignored by others, and by few even celebrated as a sign of masculinity.

Bikes are generally marketed to appeal to male audiences. Every brand tries to embody the traditional and outdated concept of masculinity in their positioning - strong, proud, beefy, etc.

TVS Motor’s brand new motorbike, the TVS Raider, targeted primarily towards Millenials and Gen Z, did not want to fuel this trend. We wanted to take a stand against the prevalent toxic masculinity.

How does a brand whose audience is male (young and impressionable), whose very product is designed to flaunt masculinity, change the narrative in a society that has dulled its ears to the problem of violence against women?

Let’s assault and damage our own bike

On 25th November, the International Day for the Elimination of Violence against Women, we launched a video under the hashtag #FightForWhatsRight.

The video showed our brand new bike being brutally assaulted. Scratching off the brand new paint, tearing apart the upholstery, breaking its headlights and taillights, and even leaving cigarette burn marks on it. By the end of the video, the bike was in dire condition.

Why did we break our own bike?

Men have a unique empathetic relationship with bikes and cars. It is proven by research that the smallest scratch or dent can cause them mental distress. So much so, that they feel pain and discomfort when it's not even their vehicle.

When men are capable of feeling pain towards the harm of an inanimate object, then why do they continue to remain silent spectators to the brutal assaults on women?

The concluding message of the video was to encourage both men and women to stand up and take action against gender-based brutalities. It conveyed to audiences that they might not be the ones actually committing acts of violence, but standing silently without raising an alarm or reporting such acts made them accomplices to the act.

Educating and Empowering the Youth

This video on its own merely started a conversation. To truly modify the behavior of men in our society, we needed to educate the young impressionable minds of the country.

We partnered with Josh Talks, a curator of influential expert speakers, to structure an informative module that would educate the youth about the deep-rooted inequalities in society, how to identify gender-based violence in various forms, as well as provide steps and resources to combat these acts of violence.

This informative module was taught across 20 college campuses in India, and are continuing to enroll more colleges and universities in this program.

We broke our bike…

To break a societal evil.

And to break the casual acceptance of violence against women.

The video garnered a total of 8.75 Million views across digital platforms, an engagement of 1.3 Million, and a net sentiment score of 8.65.

But more importantly, through our collaborations with Josh Talks, we held 20 workshops on college campuses, impacting the mindsets of more than 200K students. This is an ongoing initiative and we will continue to conduct these workshops throughout the year.

The campaign helped garner sales of 72,308 bikes (each costing approx $1100), which was a testament that our unconventional campaign to take a stand for women, resonated with our audiences.

Video for Fight for what’s Right 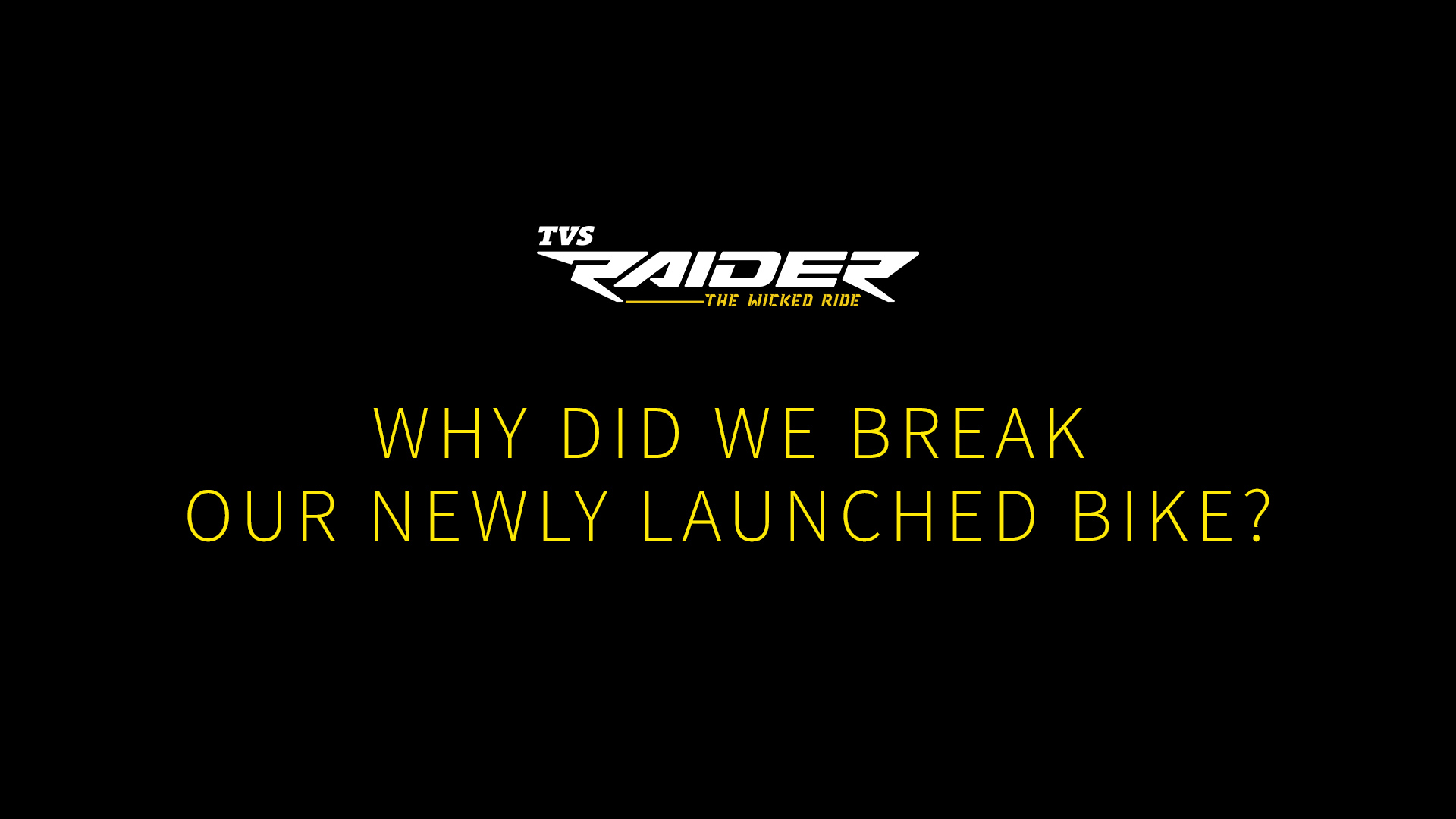 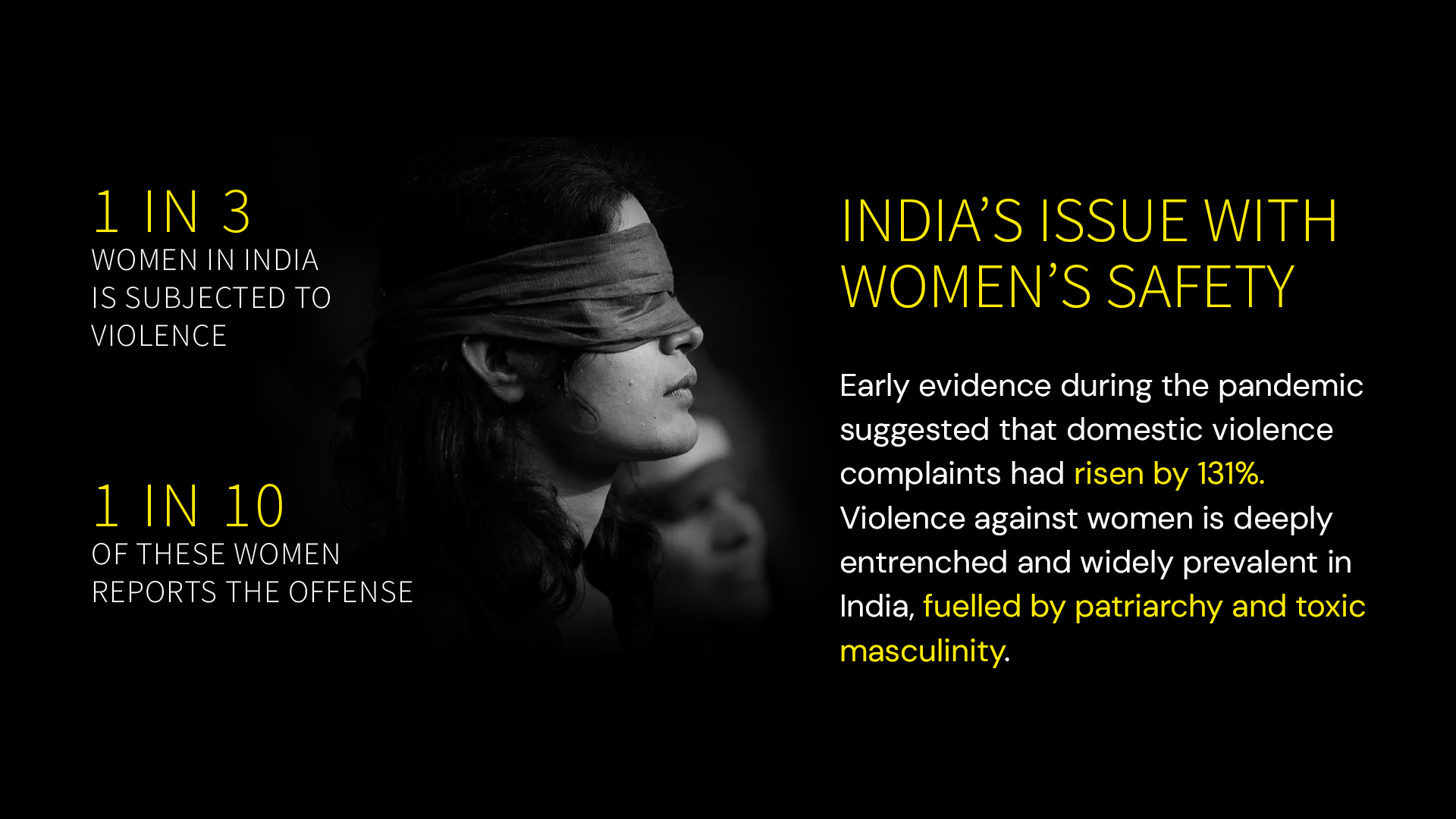 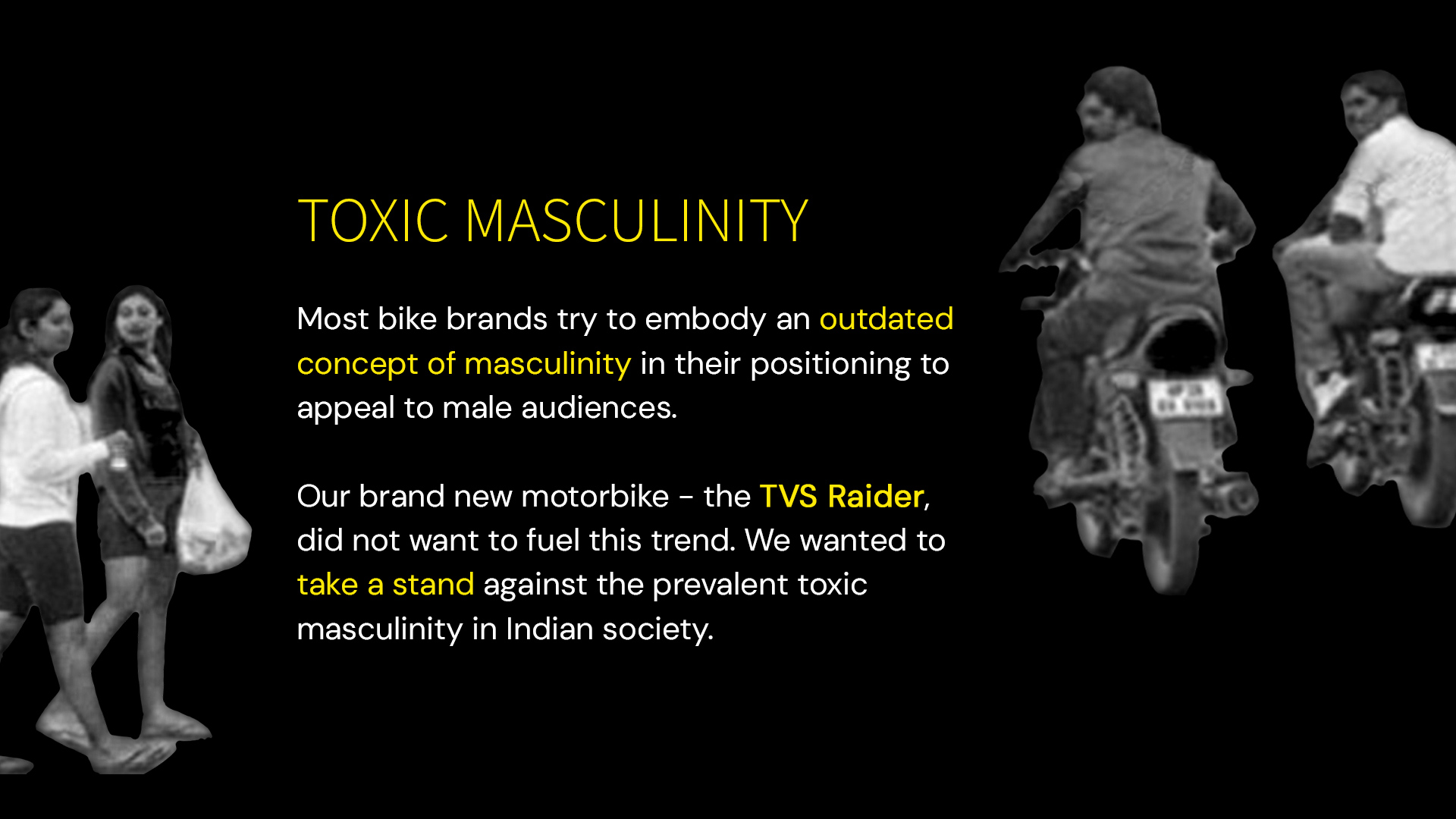 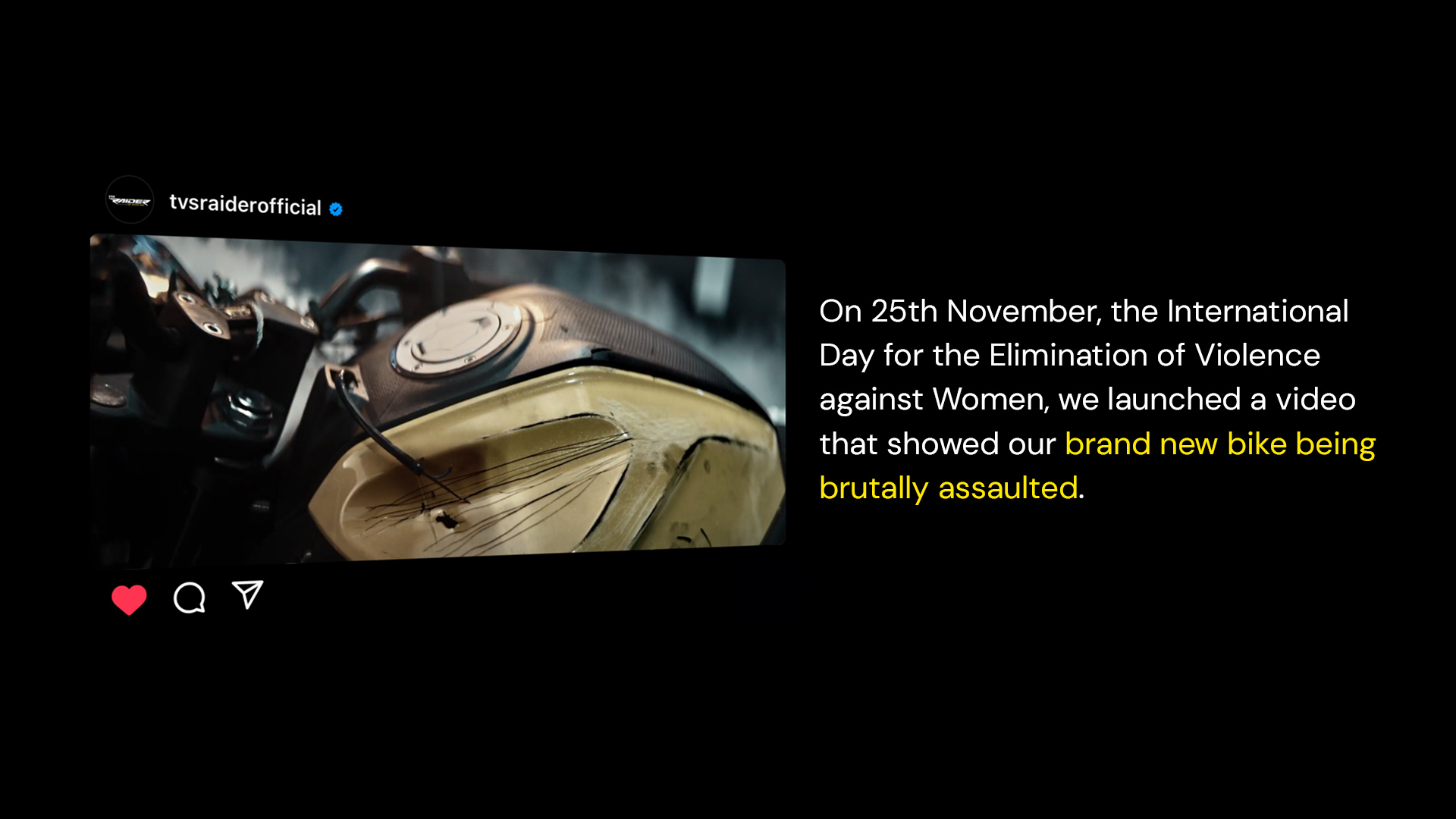 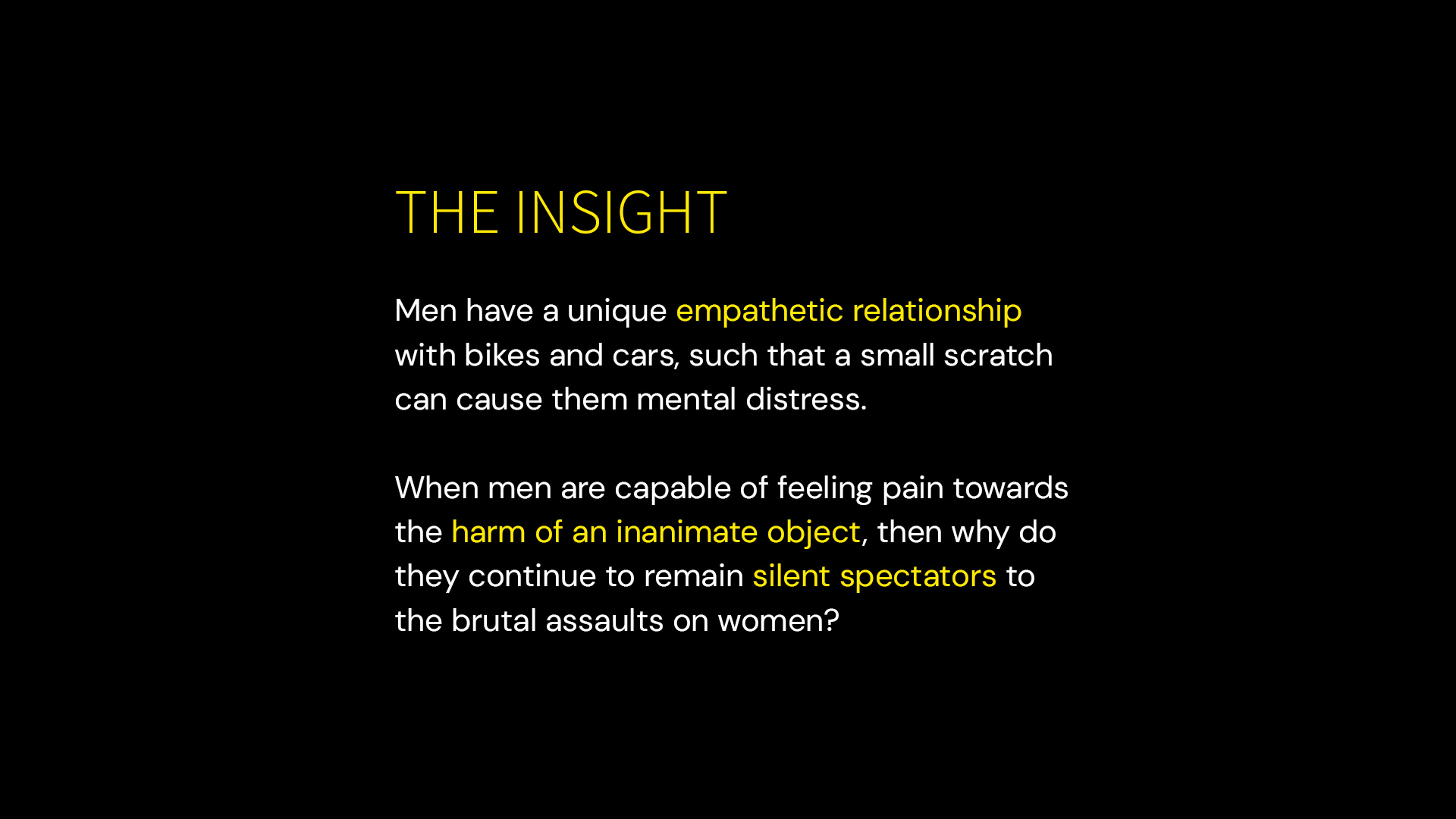 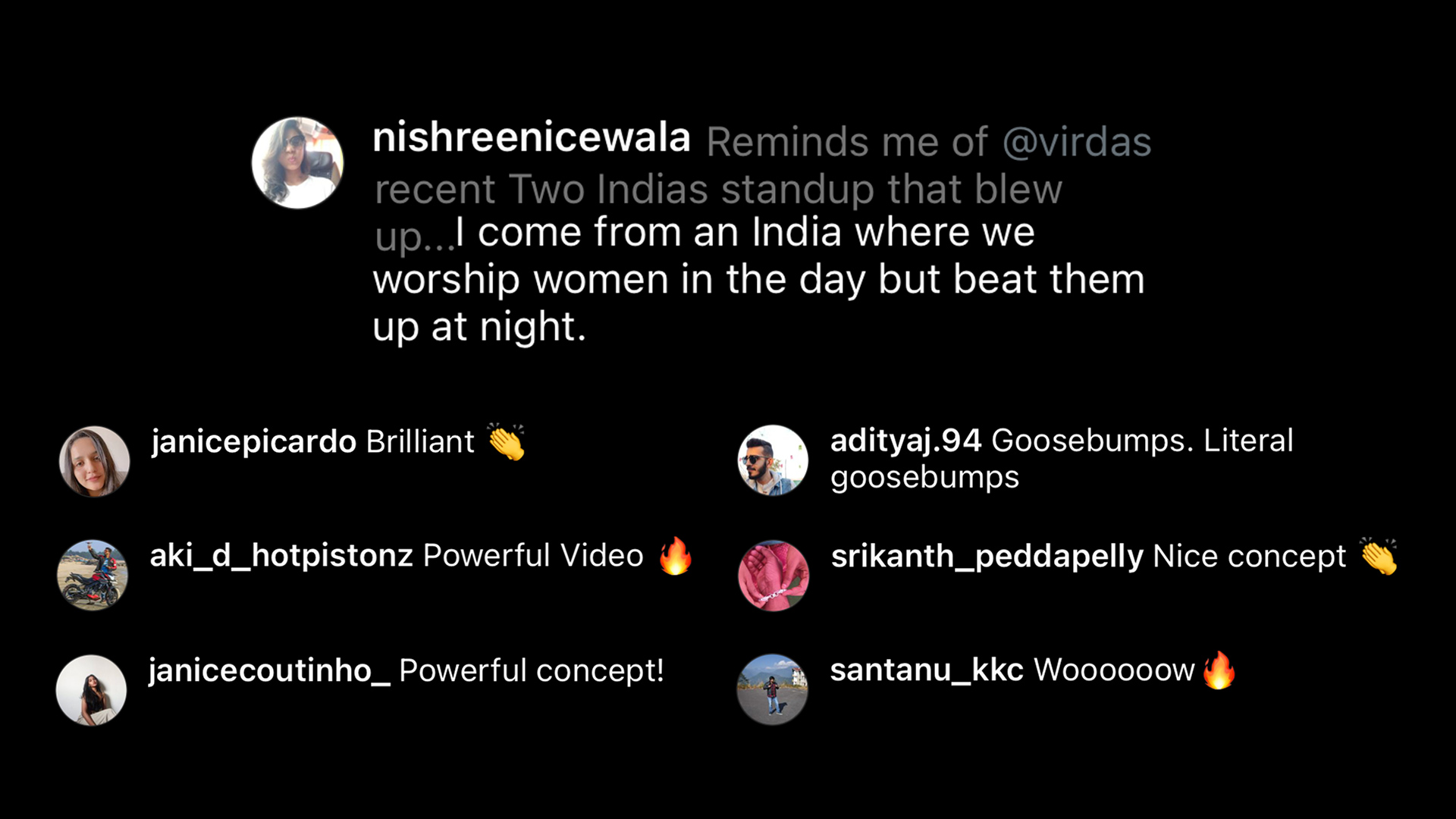 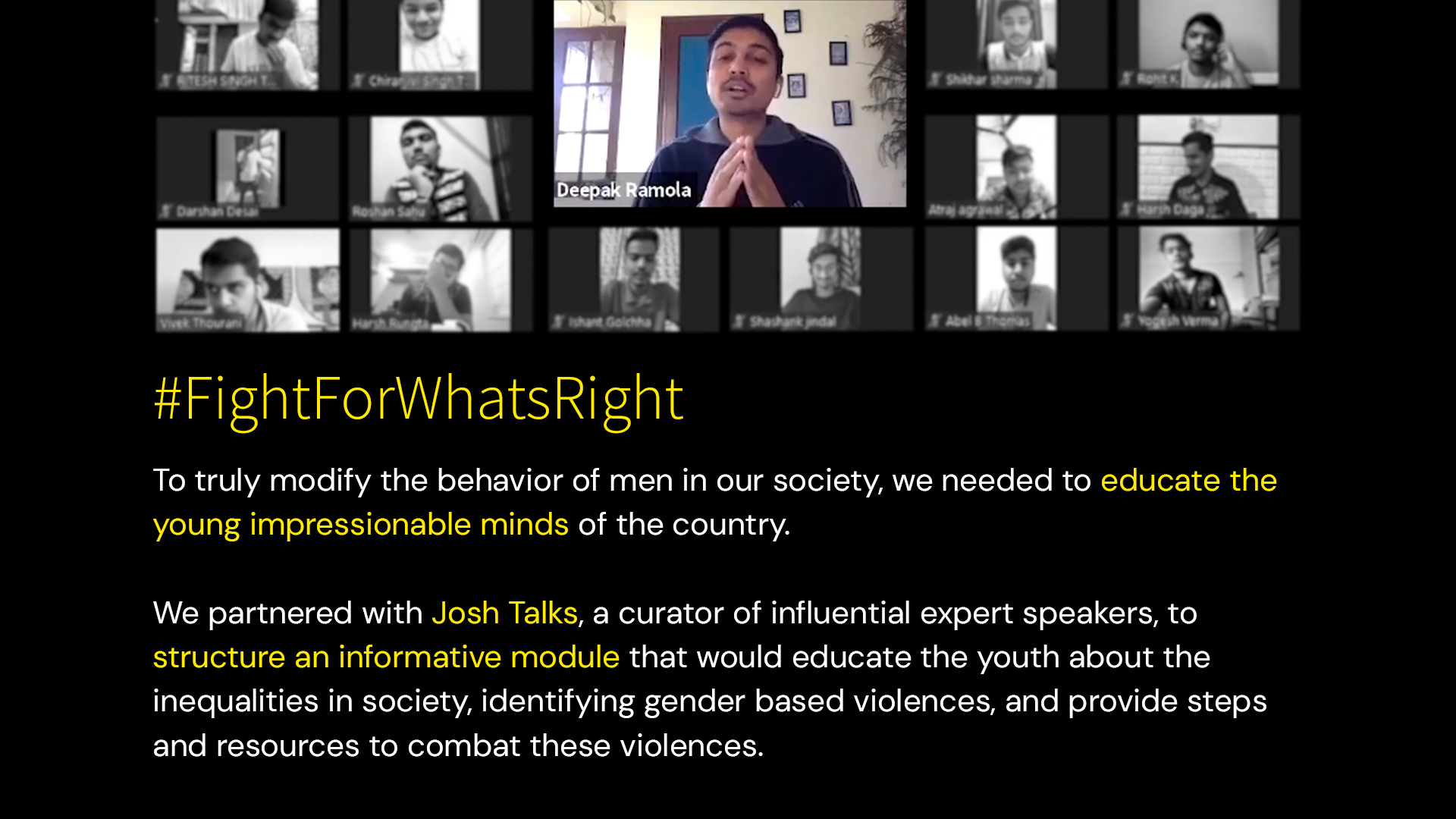 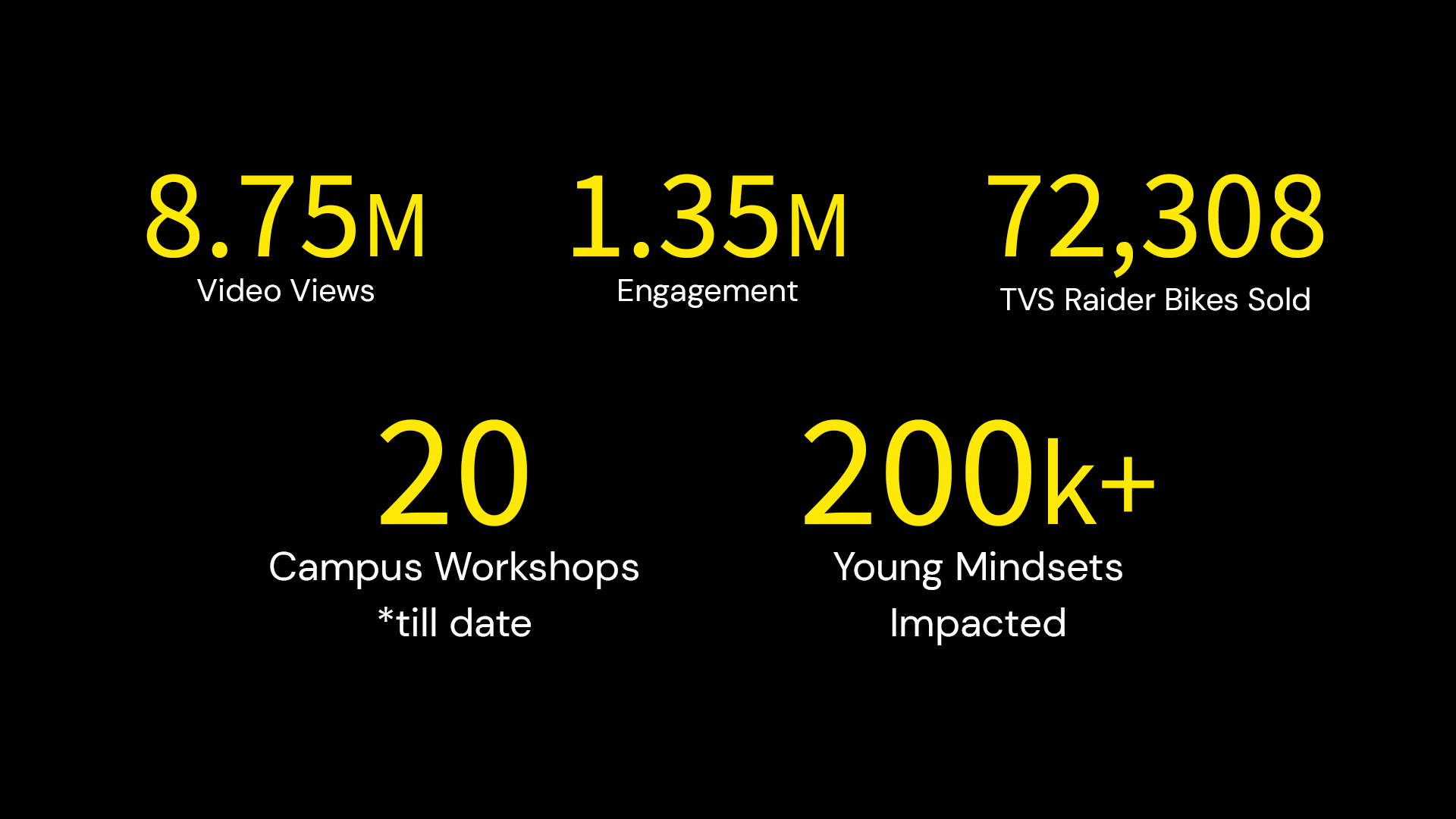 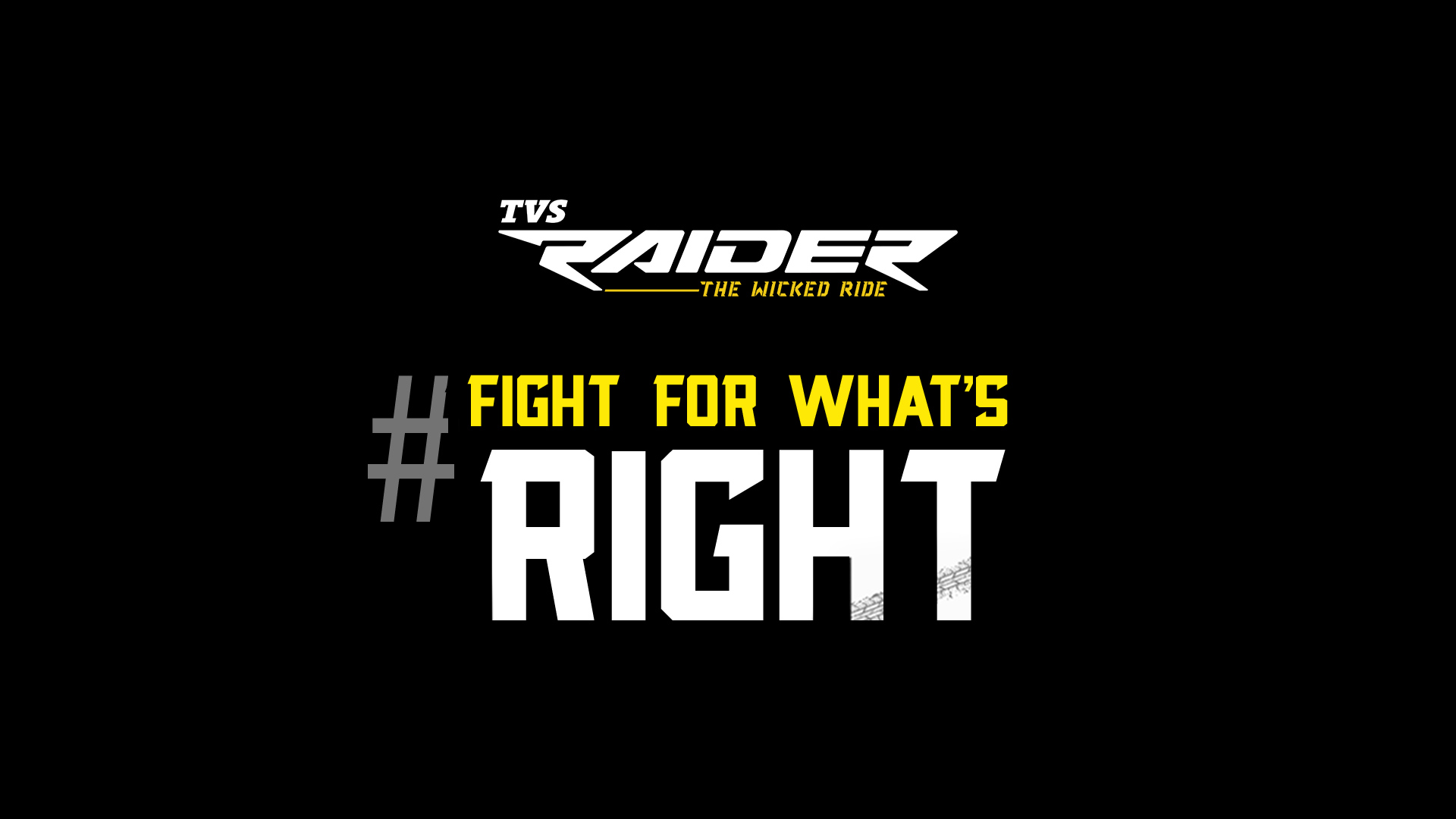