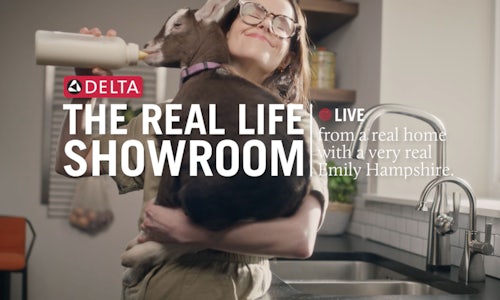 Delta traditionally launches all of their new products for the year at KBIS, the Kitchen & Bath Industry Showcase. But when KBIS went virtual due to a global pandemic, Delta Faucet took the opportunity to completely reimagine how they launch their new products.

The main objective of the campaign was to attract significant trade and consumer media attention in an effort to make up for the lost attention typically gained via KBIS. The primary goal was to increase both earned media placements and impressions.

Trade shows are notorious for being crowded and corporate. However, they’re also the most common place for brands like Delta Faucet to launch new products. When COVID shut down convention centers and the world, we needed to rethink how to launch Delta’s latest products.

And the truth is, Delta Faucet products aren’t made for showrooms. They’re made for real people in real homes… which has never been more important than in the last year, when life at home got realer than ever.

With the ambition to be the most human-focused brand in the category, we wanted to introduce Delta Faucet products by proving the meaningful, lasting change they have on daily life at home. Because when trade pros and consumers see these products, they should be able to imagine them in the place they actually use them: their homes. This product launch needed to take a dated industry event and make it something worth attending virtually while everyone was stuck at home.

Introducing the Real Life Showroom: A one-of-a-kind live stream event redefining a product launch in a trade-show-less world. We partnered with the star of the most bingeable show, Emily Hampshire, driving attendance among consumers, customers and media.

We implemented the Real Life Showroom through a holistic, 360 campaign with paid, owned and earned efforts. But the hero of this campaign was a live-stream video of Emily revealing Delta’s newest products in a real home. With a fusion of live and pre-recorded video segments, Emily and a Delta product expert gave attendees an authentic look at Delta via product reviews, demos and interactive Q & A’s. In addition to the live video, we created highly targeted email and social content that teased Delta’s new products and the live-stream video event. Both earned (press release, 1:1 media desksides with Emily) and influencer tactics rounded out the campaign.

In a year when Delta wasn’t able to do a trade show, we turned a change of venue into a virtual live video event that spanned four time zones, three product teams and could be experienced on a global scale.

Compared to previous years where Delta’s earned coverage was typically featured amidst a large list of other brands attending KBIS, these earned placements were solely focused on the Delta Faucet brand and their new products launching. 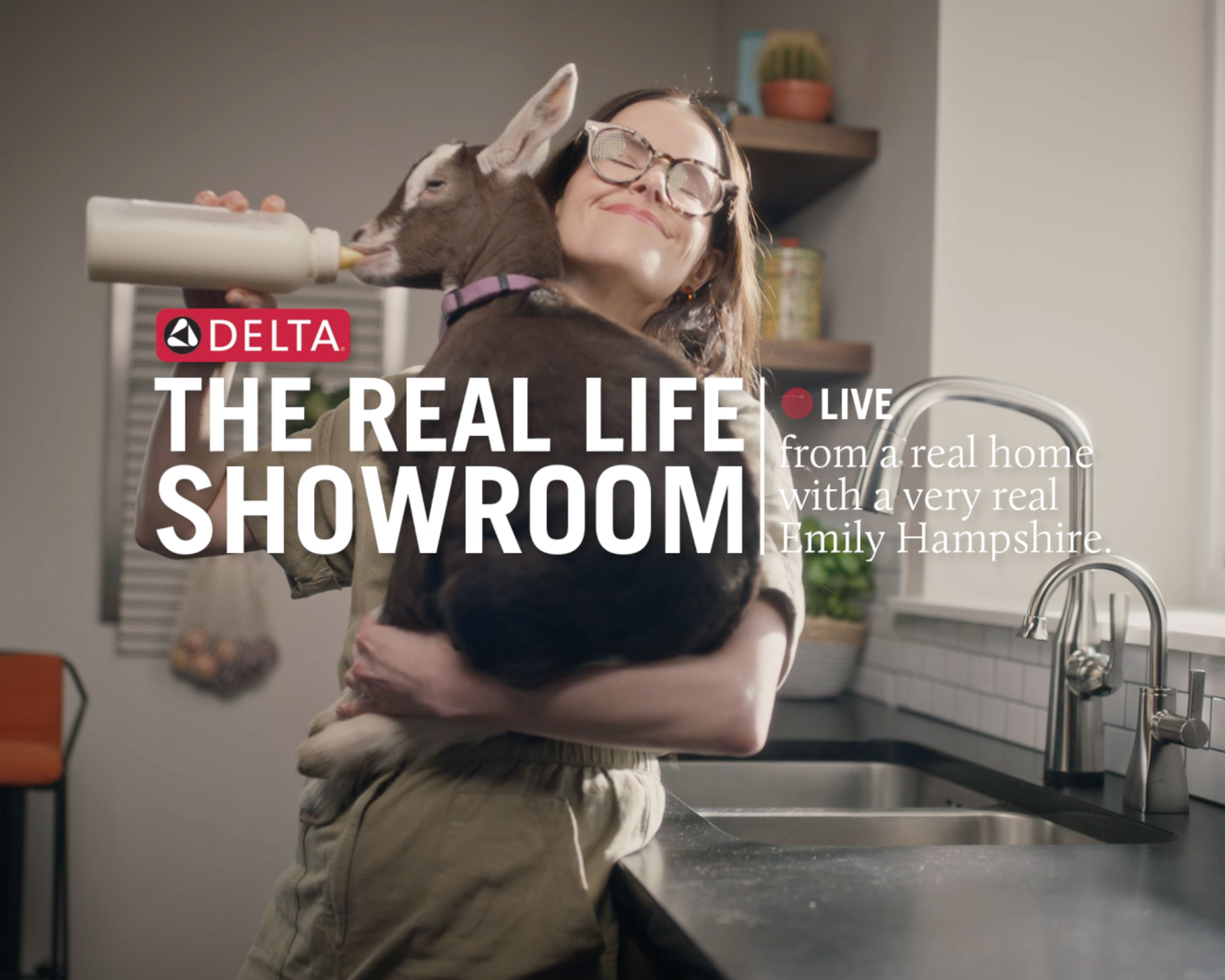