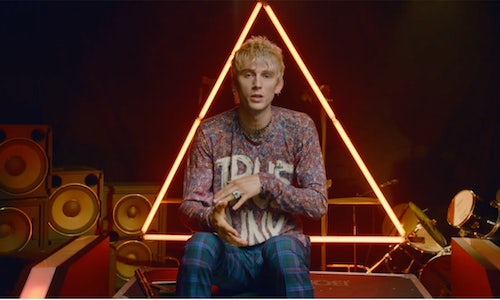 Doritos has always been known for next-level flavors that take the snacking experience to another level. Doritos wants to inspire consumers to take their passions to another level, by igniting people to become change agents in the world.

Doritos sees itself as a change agent and the triangle shape that the chip takes as the symbol of change. As Doritos plans to launch a larger “Own the Triangle” campaign in 2022, their primary goal for the end of 2021 was to start getting consumers to associate/connect triangles to the chip. With Doritos already being an iconic brand and a major leader in the salty snack category, our main objective with this campaign was to reach Doritos’ target audience and engage them in a new and original way that would result in brand association at scale.

As the very first endeavor into Doritos’ new initiative, we strived to leverage ViacomCBS tentpole programming to build out a disruptive program that crossed all platforms, engaged a leaned-in audience, and shined a spotlight on triangles all while staying true to Doritos’ core values and key brand messaging of taking things to another level.

Since its inception in 1984, the MTV Video Music Awards has not only influenced but has created culture. Year after year, artists gather at this musical haven and deliver bold, unique performances that ignite and inspire fans worldwide. As a brand who is hungry to disrupt and hack culture, Doritos believes there is a timeless need for bold moments – and with the show’s return to being live in 2021, there was sure to be no shortage of them.

On top of the very clear thematic connection between Doritos’ brand goals and what the VMA’s represents, there is the proven lasting power of the iconic show. The 2020 VMAs was the #1 highest award show and 2nd most social entertainment event of the year (second only to the Super Bowl) which we know is where Doritos “hyperlife” A16-21 target audience is consuming content.

It is a combination of these creative and analytical insights that informed our ultimate strategy of anchoring the campaign in the entire VMA ecosystem to engage the endemic hyperlife fanbase through direct and meaningful artist connections and musical iconography.

Since “Own the Triangle” is an up-and-coming Doritos initiative and therefore not consumer-facing language, and the elements allotted for this extensive program spread across various formats and platforms, we developed two creative pathways for our Doritos and 2021 VMA’s campaign to take.

Creative Path 1: “It Was Never A Coincidence.” This theme leans into a playful conspiracy about the endemic triangles that arise in everyday life and asks the question, “What came first, the triangle or the Dorito?” This notion came to life in our program as we saw influencers and casted talent noticing triangular shaped things and making the comparison to their Doritos.

Creative Path 2: “Another Level.” Doritos is all about kicking the bold flavor up a notch and translating that ambition into everyday moments. It is Doritos’ current tagline and at the core of its brand ethos. This theme was largely embodied in our campaign led by Machine Gun Kelly, who symbolized the bold and confident ethos of the Doritos brand at every step of the night as fans were able to see firsthand, thanks to Doritos, that this genre-bending artist will never stop taking things to Another Level.

With a Doritos brand moment airing approximately every half hour of the night, plus digital and social elements that brought fans meaning and value, the campaign did indeed hack into the cultural currency of the show and create rewarding buzz for Doritos, delivering a total of 99M+ social impressions, 31.3M video views and a ton of conversation with 3M engagements. Fans were thrilled for Machine Gun Kelly and very much enjoyed his long-awaited VMA performance. Meanwhile on the influencers’ post, fans were confirming their love for Doritos and even threw up some “triangles,” in appreciation of the  association. 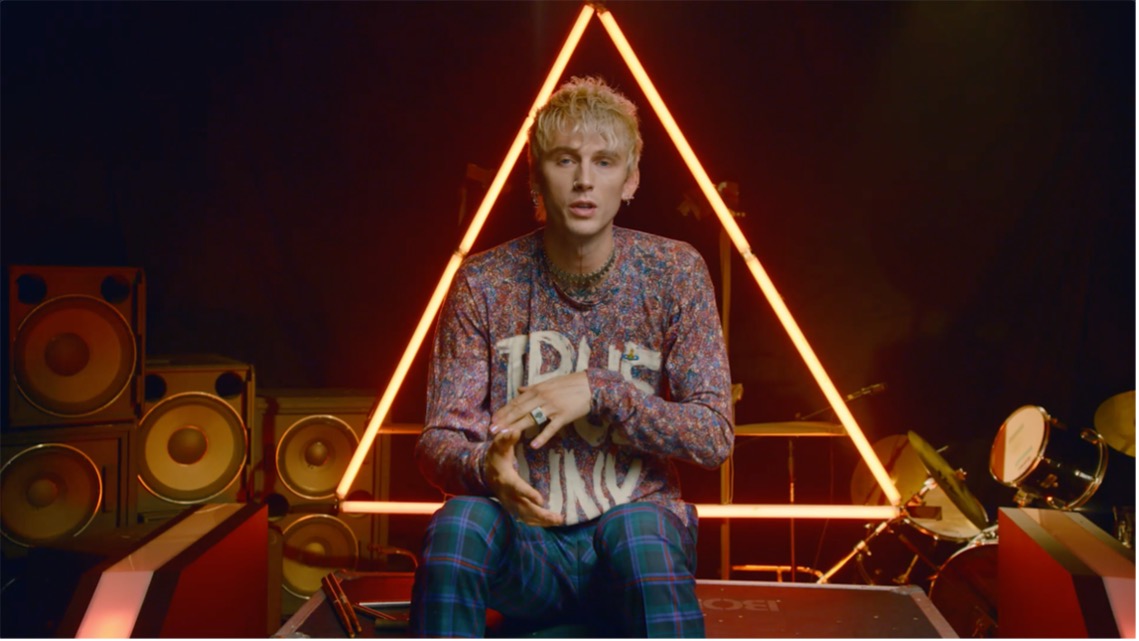 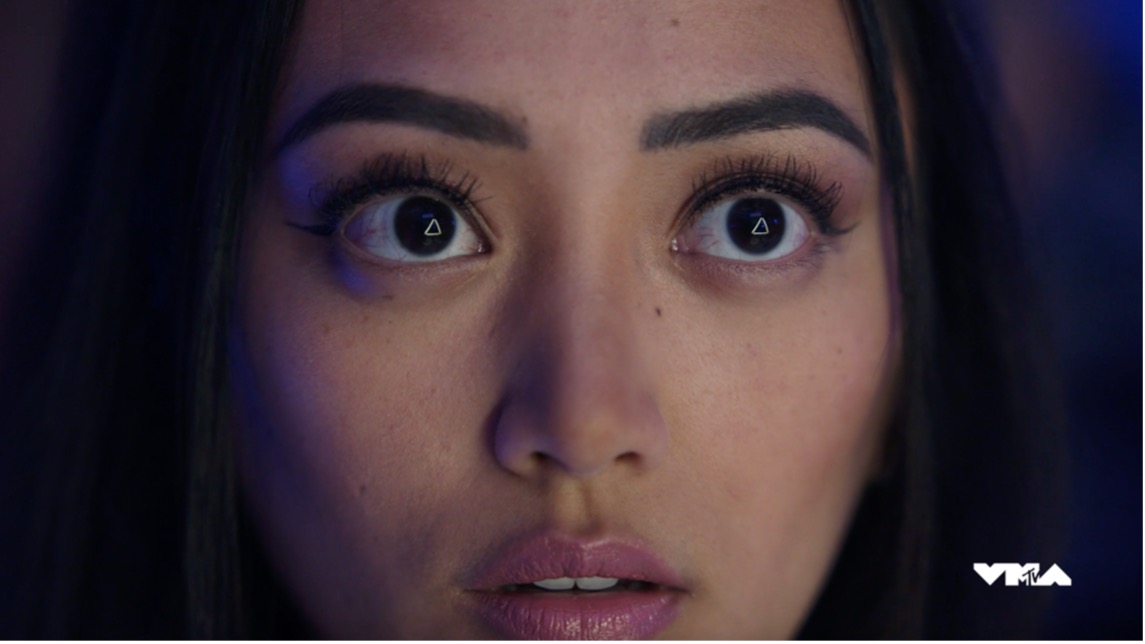 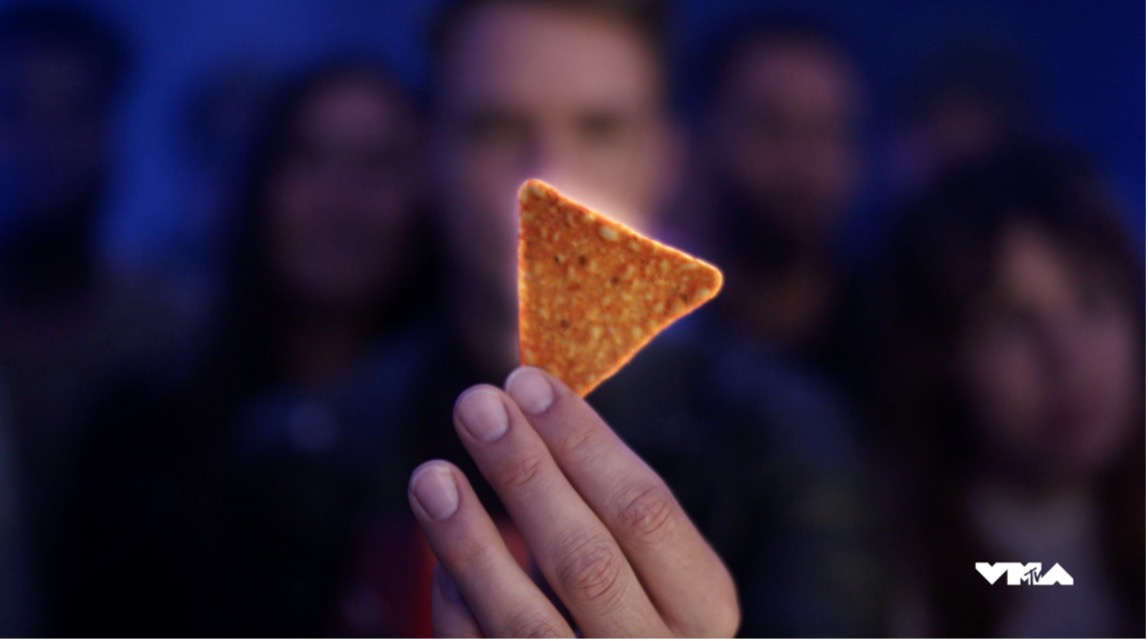