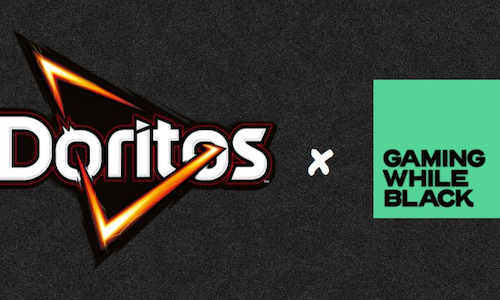 Doritos launched #AmplifyBlackVoices in 2020 to support the Black Lives Matter Movement and the Black and African American community. The program launched during the BET Awards in June 2020 with a custom TV commercial created in partnership with the network. They also featured Black artist's work on murals in neighborhoods with a high-density African American population. The program was received positively, and Doritos wanted to ensure that it became a movement, not a moment. Doritos is committed to empowering consumers and wants to continue playing a relevant, meaningful, and authentic role in amplifying Black voices, which is what inspired the continuation of the initiative in 2021 and beyond.

To extend the program in 2021, Doritos launched SOLID BLACK, a new multi-platform initiative backed by action and funding to bolster the voices of Black innovators and creators, providing them with resources to continue driving change. As part of SOLID BLACK, Doritos partnered with 3BlackDot (3BD), a digital entertainment studio that works with audience-driven creators to produce innovative cross-platform entertainment experiences. 3BD’s GAMING WHILE BLACK (GWB) series amplifies Black voices within the gaming space. Doritos was the première sponsor of the 8-show YouTube series that brings together Black creators, culminating in over 80 YouTube videos and social posts. Creators interacted in numerous ways—sharing their journey, reacting to gaming culture, discussing favorite shows and games. This content aims to help Black gamers become more discoverable within the gaming community and break the mold of how the typical gamer is perceived.

In 2021 the SOLID BLACK initiative featured seven Black & African American ‘Change-makers’ giving them funding and a platform through social and editorial content highlighting how each is making a difference in their communities. We also expanded into the podcast space, creating custom host reads across notable African American hosted/produced podcasts. Like 2020, the 360-program featured Black artists work across ten mural locations and a custom TV commercial to launch the program during the BET Awards in June 2021. Doritos debut partnership with 3BD and GAMING WHILE BLACK (GWB) was an extension of the larger SOLID BLACK program, aimed at driving increased awareness of the SOLID BLACK initiative in the gaming vertical—a core passion for Doritos consumers. As GWB’s title sponsor, Doritos was a voice in championing diverse creators to fulfill their creative potential, giving those creators a platform in a community where they are often underrepresented, and empowering the Black gaming community.

Doritos was authentically integrated into creator’s top-performing content, amounting to 86 total YouTube videos plus social amplification across Twitter, Instagram and TikTok. Launching Point is a series that matches up two creators, in an unexpected pairing, to interview each other about their journey motivations, challenges, and successes, across numerous creative disciplines such as gaming, sports, fashion and entertainment. It was the top-performing series within Gaming While Black partnership, bringing creators such as BasicallyIDoWrk and Grizzy together to discuss their start. The 3BD community loved hearing about the challenges and successes, and their tips for upcoming content creators. Some other top-performing video series within the platform included a Black video game character draft and Grizzley vs., where rapper Tee Grizzley plays against other gamers or celebrity friends.

The Doritos x GWB partnership drove significant engagement and awareness of the Doritos SOLID BLACK initiative. Across all audiences, we saw a lift in the belief that Doritos supports and cares about Black voices. This was especially strong for Black/African Americans, highly- engaged gamers, and females. The positive sentiment from the gaming community was palpable, and consumers expressed excitement in the series, which allowed their favorite creators to share more detail around their journey and struggles coming up in the gaming community.

As the debut sponsor for the Gaming While Black platform, this was a first-of-its-kind activation and therefore performance benchmarks are limited. This sponsored platform aligned extremely well with the larger program ethos, drawing the attention of other content creators in the space that have reached out to be a part of Season 2.

Launching Point was a top-performing series:

Gaming While Black was created to bring visibility to overlooked participants and an audience in the gaming world.  Doritos was proud to sponsor the GWB Launching Point series as part of their SOLID BLACK initiative and proof of success was in the results.

Video for Doritos Gaming While Black 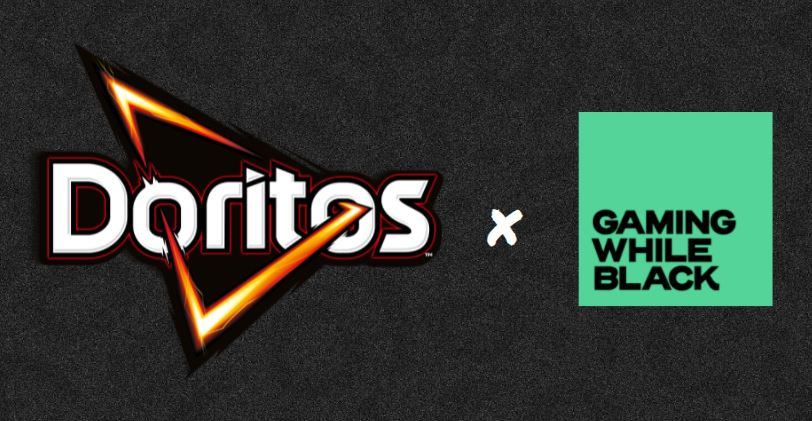