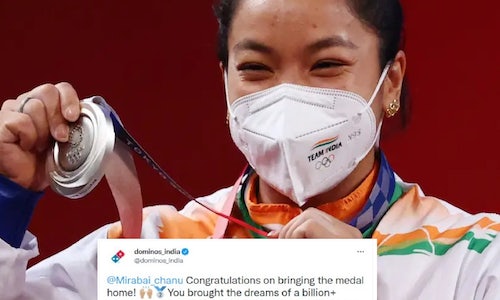 In July 2021, The Tokyo Olympics were in full swing with fans all around the world stuck to their screens, rooting for their countries. This excitement was also extended on social media with posts of hope, praise and support.

The Olympics have always had an emotional association of bringing people together with it and we wanted to leverage the trending topic on twitter to break through the clutter and own the conversation around India’s participation and achievements to generate organic PR and virality.

Our strategy has always been to keep our eyes and ears open for any trends or moments. So we wanted to leverage the Olympics conversations and own it completely.

When we heard Mirabai Chanu say “First of all, I will go and have a pizza. It has been a long time since I ate it” after winning the first Olympic medal for the country that year, we didn’t leave any stone unturned to make her wish come true. We rushed to twitter to congratulate her on her olympic win and after having made the announcement, we contacted her team within a few hours to kickstart the celebrations. We sent our delivery team to her residence in Imphal with pizzas for her entire family and neighbourhood, in order to make this celebration even more special.

With this move, we not only managed to bring a smile to an Olympic champion’s face and form a bond with her by delivering the food she craved for most after her win, but we also lifted the spirits of and were showered with love from the rest of the country.

Our announcement started to go viral, with celebrities, influencers, and journalists around the country like Nidhi Razdan tweeting about us, memes being circulated across social media, and our tweets making over 500 headlines across all major online and offline publications in the country, including Aaj Tak, India Today, The Quint, Mad Over Marketing, etc.

This virality soon led to us engaging with more than 315,555 and reaching 3,005,979 people on Twitter alone. We cannot cover the true reach of our campaign since the major spillover effect that it had across the media was intangible 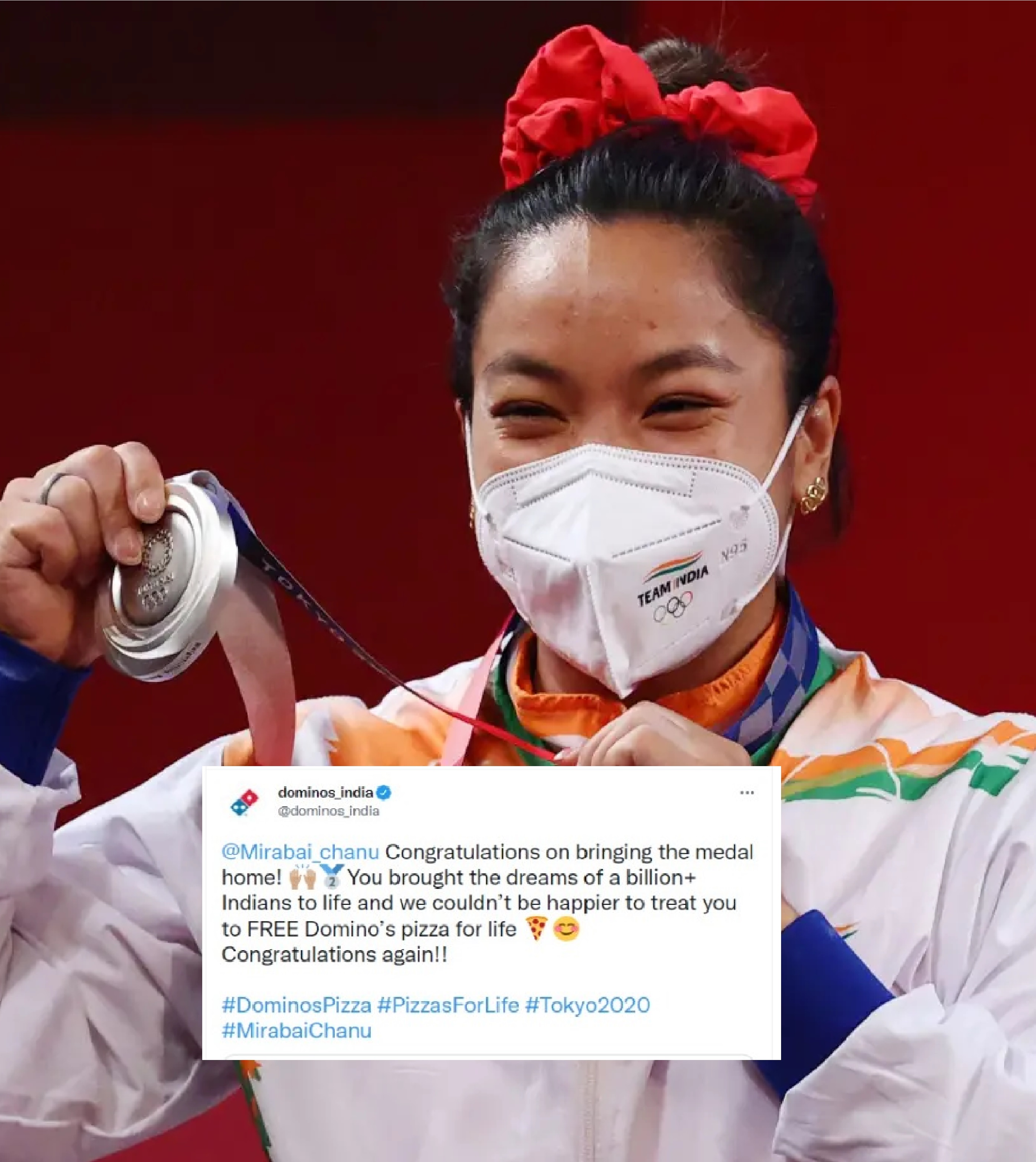