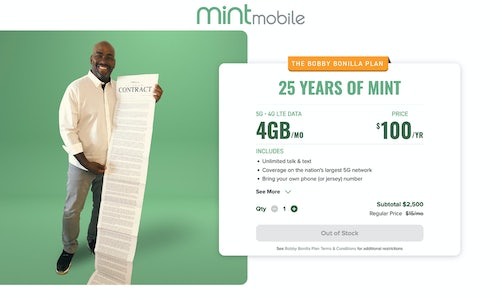 Our challenge was to insert Mint Mobile into the conversation that happens every year on Bobby Bonilla Day.

Our secondary objective was to stimulate interest and consideration in Mint. By leading people to a Bobby Bonilla Plan page, we’d be able to tell a longer story about the benefits of Mint service. We could then retarget those visitors, ensuring they’d see more Mint content across the web to further their consideration of our service.

By tapping into a unique cultural moment that other brands typically don’t engage with, we’d increase awareness and relevancy. Based on this insight, we created a 25-year wireless plan inspired by Bobby Bonilla’s famous Mets deal, the best sports contract ever signed.

July 1, otherwise known as Bobby Bonilla Day, has become an Internet phenomenon. We noticed it was especially huge on Twitter. So, on a day where so many people are talking about the most unbelievable contract ever, we saw this day as the perfect opportunity to launch our own unbelievable contract to get in on the fun and have the internet talking, sharing and maybe even buying.

Television, online/social, PR and Bobby Bonilla himself were the main elements of this campaign. Since we were only offering this plan on Bobby Bonilla Day, we had a full media/PR blitz prepared and our social team on stand-by ready to respond in real time and engage with any comments.

To kick off the campaign early on July 1, we dropped one of the Bobby Bonilla spots on Ryan Reynolds’ and Mint’s social channels. Simultaneously, our PR firm issued a press release and corresponded with key high profile media outlets, who took to social media to post about the story. As planned, the combination of those two efforts resulted in the story gaining quick traction in social media. As the campaign was building momentum, we introduced new content by dropping the second spot. To amplify the conversation throughout the day, our social team responded to posts and posted updates about the number of plans sold. And to further generate buzz, Bobby Bonilla jumped in and responded to some of the social posts.

Since Mets fans are the ones who are most vocal on social media every Bobby Bonilla Day, we wanted to tap into that collective spirit by targeting them specifically. For that reason, we aired one of our spots in that night’s Mets game.

Additionally, we secured 20 other placements for our spots, including 10 on ESPN where it would have a stronger chance of reaching an audience already familiar with Bobby Bonilla Day.

Since one of our objectives was to drive visits to our site so that we could retarget those visitors, our spots and many of our social posts included a call to action to visit our site. In fact, when posts started popping up wondering if this plan was real or not, we immediately responded with a link to the plan page to reassure everyone this was indeed happening and that anybody could get in on it.

We were also on the lookout for anyone who posted that they actually bought the plan, so we could congratulate them on money well spent and welcome them to Mint Mobile.

As this campaign was really all about generating awareness for Mint, its success could best be measured in impressions and media views. Between the production costs, the fees we paid to Bobby Bonilla and the TV media costs, we spent just under $200K total for this campaign. As a result, we generated more than 850K TV impressions, 1.8M views on social media and countless impressions from 20+ PR placements. We also saw a measurable increase in awareness from June to July. Specifically, we saw a 24% increase in June and hit a new high-water mark in July. And when comparing July to our previous high-water mark, we saw a 7% increase.  So, this campaign was not only successful at generating awareness, it was able to do so at a very modest cost.

We also wanted to make sure that our product page would not only entertain potential new subscribers with content about the Bobby Bonilla Plan, but would also genuinely introduce them to our product. After they visited the page, we’d follow up by serving them Mint ads (to teach them more about our service) across the web over subsequent weeks. With this campaign, we generated more than 28K new leads for retargeting.

Video for The Bobby Bonilla Plan 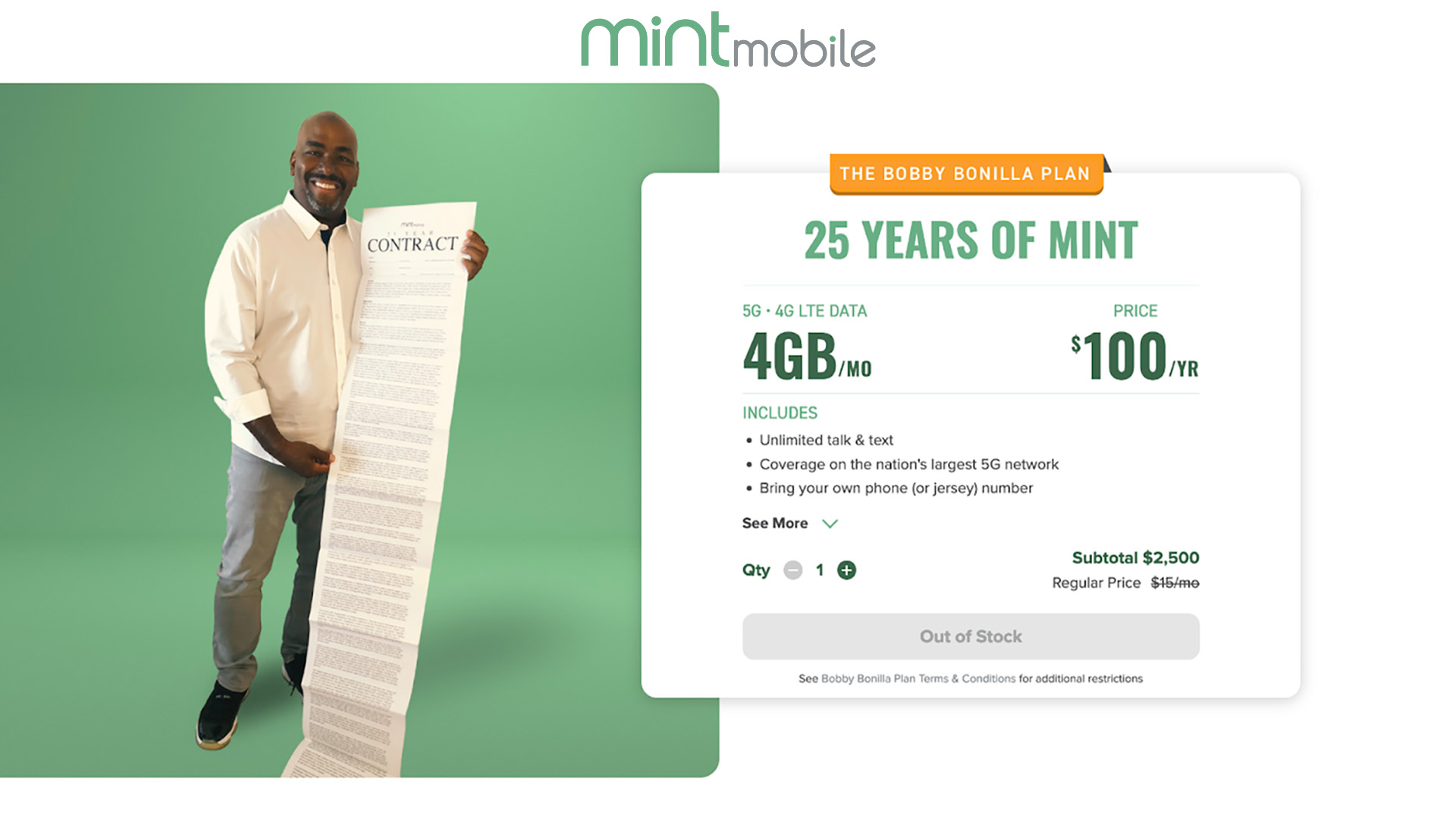 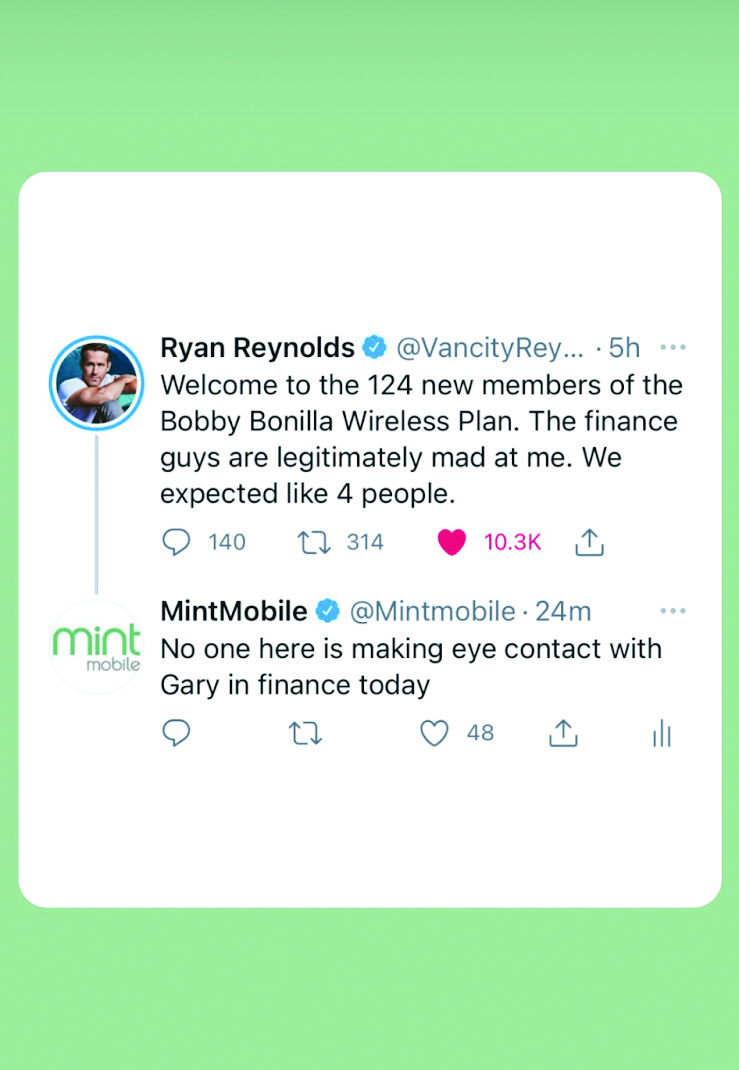 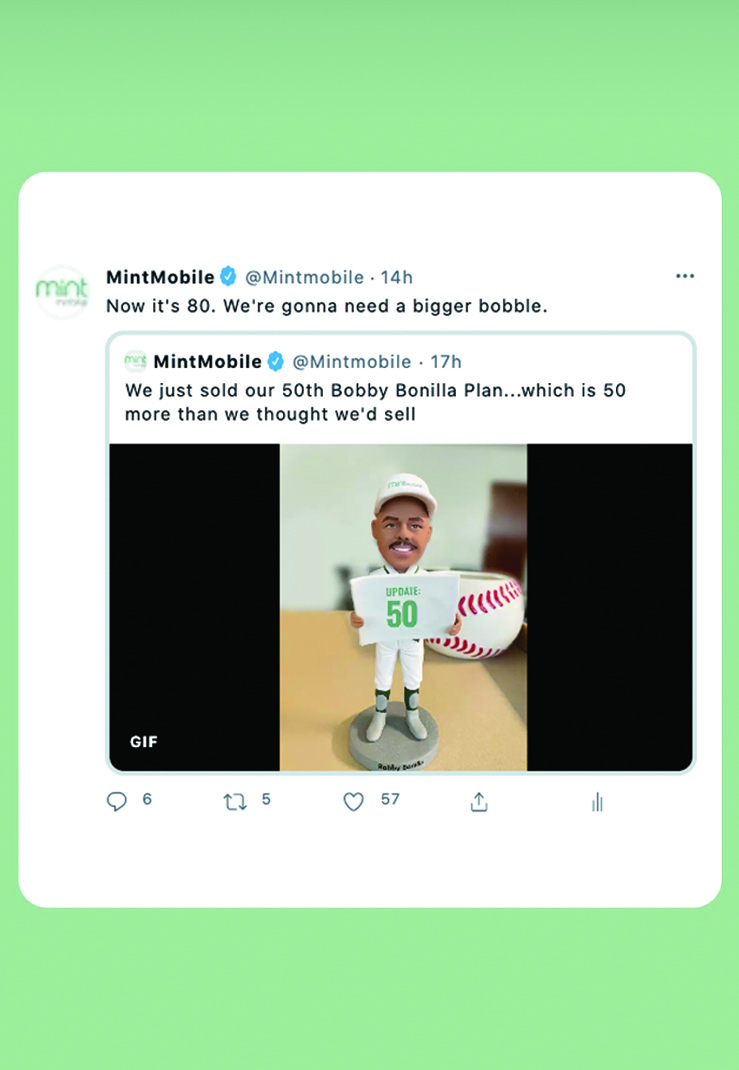 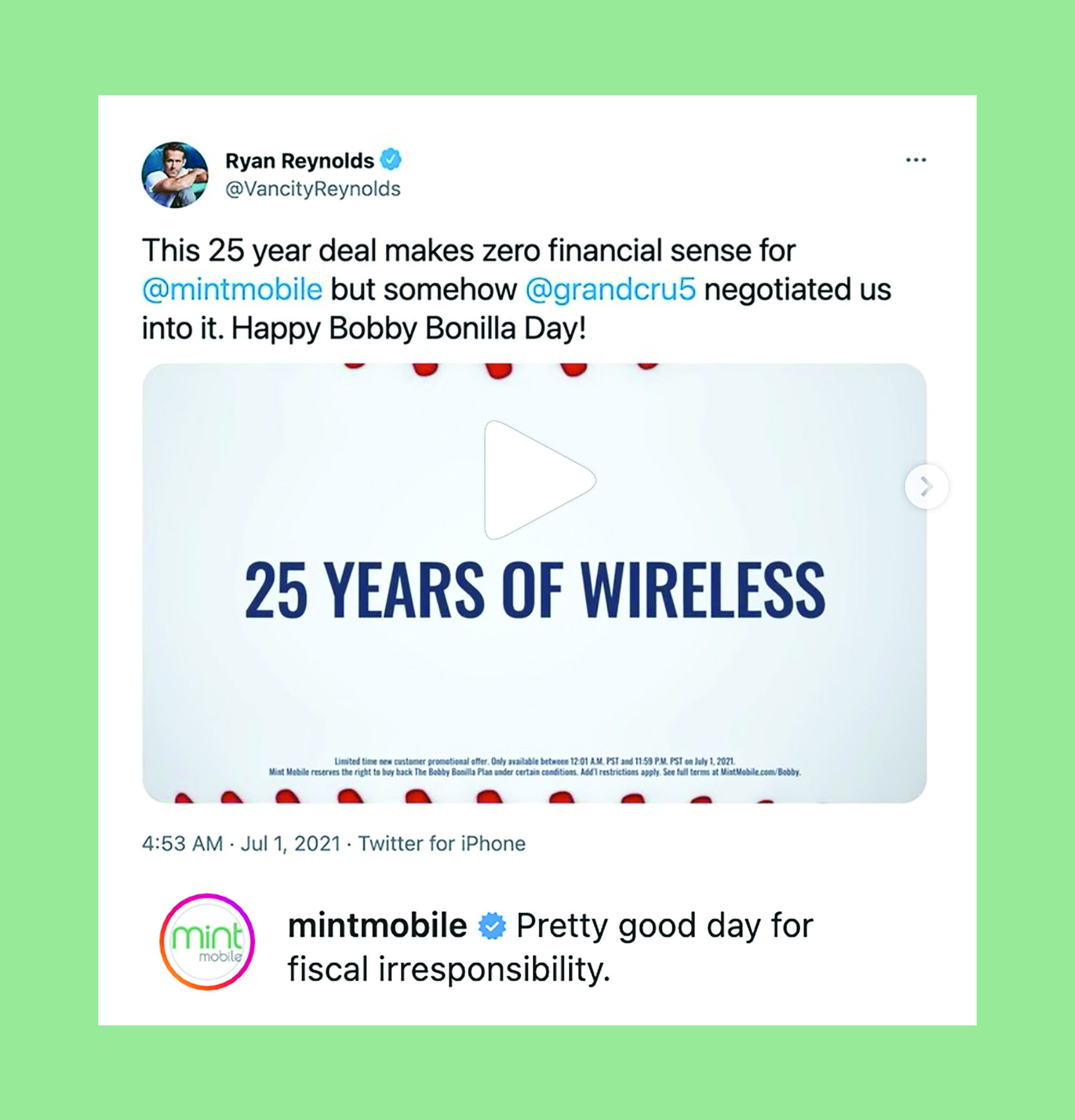