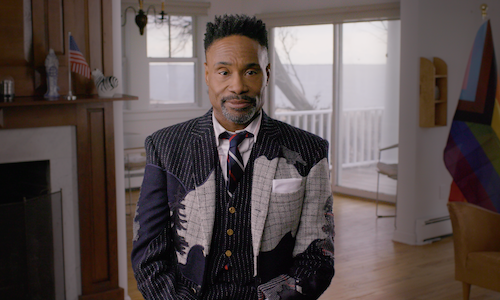 2021 LGBTQ State of the Union with Billy Porter

Our objective is to reflect on American governmental leadership at its highest level, examine how it serves or fails the most marginalized among us, and issue a call to action for the next four years. As one of the largest digital and linear platforms for the LGBTQ community, it was fitting that Logo be the home of this national address. We collaborated with Porter on constructing a script that would inspire its viewers and move them in the fight toward LGBTQ equality. In 2021, that goal felt especially prescient in the wake of the Trump presidency. 64 percent of LGBTQ households reported experiencing pandemic-related job loss versus 45 percent of non-LGBTQ households. LGBTQ homes were also twice as likely to either be unable to access medical treatment or to have delayed seeking care. According to the Human Rights Campaign, at least 43 trans or gender-nonconforming Americans were murdered in 2020, the vast majority of whom were Black. We also have moments to celebrate, with an unprecedented number of LGBTQ elected officials, who can ensure we have a seat at the table.

Porter reminds us that we all have a role to play in bettering ourselves, our communities, and our nation.

While previous years were filmed in person on a soundstage with a stately setting, the 2021 LGBTQ SOTU had to be entirely reimagined. From scripting, to filming and editing, the team worked completely remote to create a new look and feel. With COVID-19 rendering the studio option unavailable, it was decided the best setting would be one we all became intimately familiar with during the pandemic - a living room. We wanted a space that would be open and bright to convey a sense of hope and optimism, but not so distracting as to detract from the gravitas and serious issues discussed in the address. Employing a large soft source for a key light, prime lens and 4K sensor, we were able to create an extremely naturalistic and premium look with extremely limited time and resources. Numerous takes from the single camera were then edited together to create the impression of one seamless delivery of the speech.

Like so many of our peers in media and television, extra precautions and planning were necessary for the in-person shoot during the COVID-19 pandemic. After the production team scoured the nearby area, a location was discovered in Long Island, New York. However, due to COVID-19 protocols, a scout was not an option. The team relied on old photos to plan production. Further complicating matters, COVID-19 protocols limited the number of people on-set to five. So after talent and HMU, a crew of 3 was tasked to do the job of 10+ people compared to the prior year. It also meant that the director would be unable to be on-set and needed to be patched-in remotely to direct talent. Despite challenges, Logo was able to film Porter’s address in-person following robust safety protocols, including COVID-PCR testing all talent and crew before coming to set.

Through a remote location, we ensured our talent and crews’ safety by mitigating as much risk to COVID-19 as possible. With the help of Zoom, an app that we all have become familiar with over the years, our senior producer and producers conducted the shoot remotely, while the on-the-ground crew maintained safe capacity indoors with testing and social distancing.

The program premiered on-air on Logo, as well as on Logo’s YouTube and Facebook accounts on March 30, 2021, to widespread praise. It received social media amplification from MTV News, MTV, MTV UK, and GLAAD, as well as press coverage from news and entertainment outlets around the world including the New York Daily News, Gay Times UK, and Broadway World (and even from the conservative-leaning Breitbart).“It's been a whirlwind year for the LGBTQ+ community. And fortunately, Billy Porter has arrived to break it down,” as leading LGBTQ media outlet The Advocate reported. Audience sentiment was also positive on social media.

“I will always share Billy Porter's State of the Union addresses for the LGBTQ community... his eloquence and class makes me so proud.”

“Yet again, another powerful state of the union. God save our Queen, Billy Porter.”

“The only #SOTU address that I'm paying any attention to is Billy Porter's.”

The project was a success in reminding the LGBTQ community of its resilience and legacy of resistance. We cannot wait to hold a new administration to task in 2022.

Video for 2021 LGBTQ State of the Union with Billy Porter 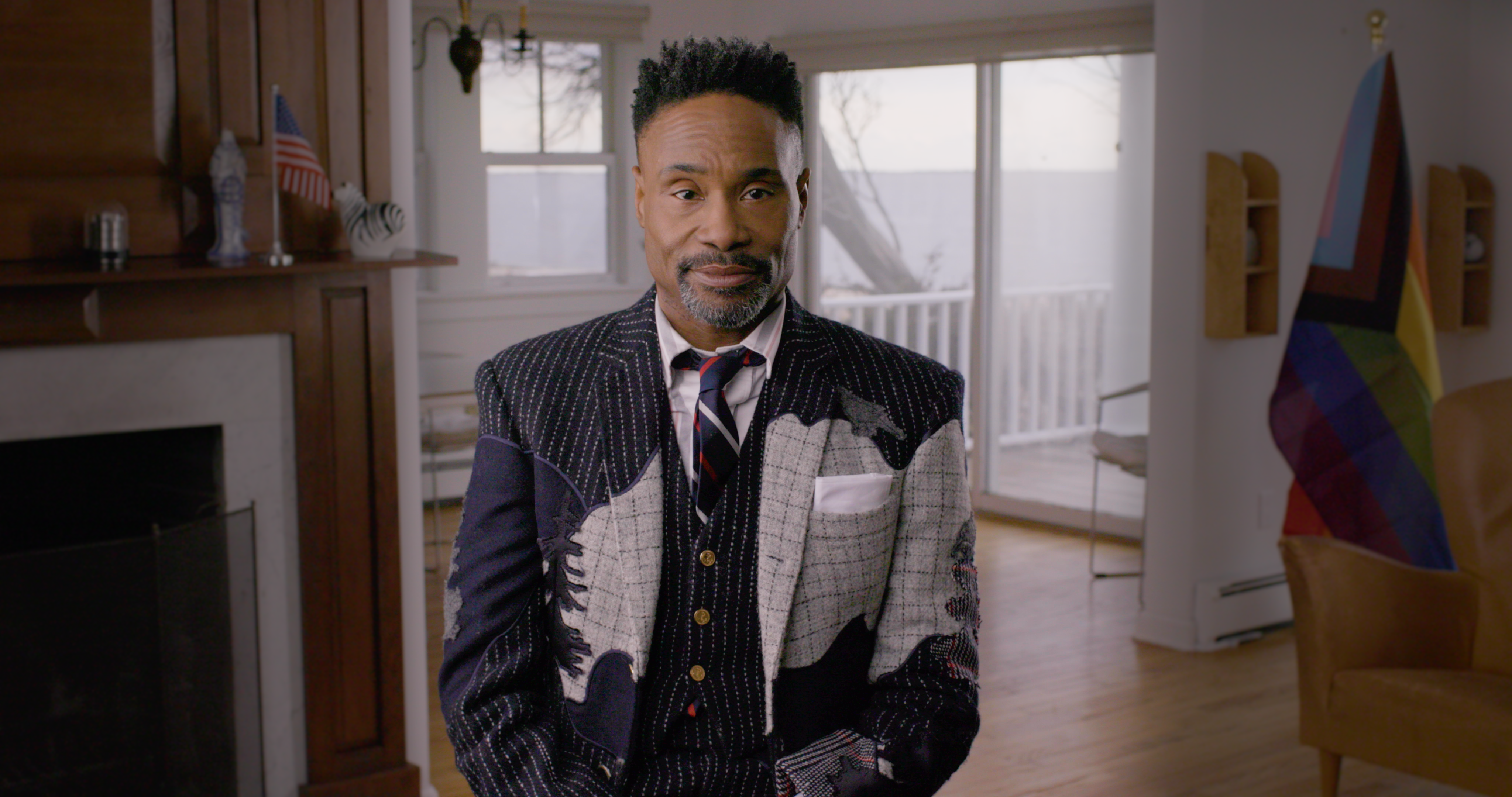 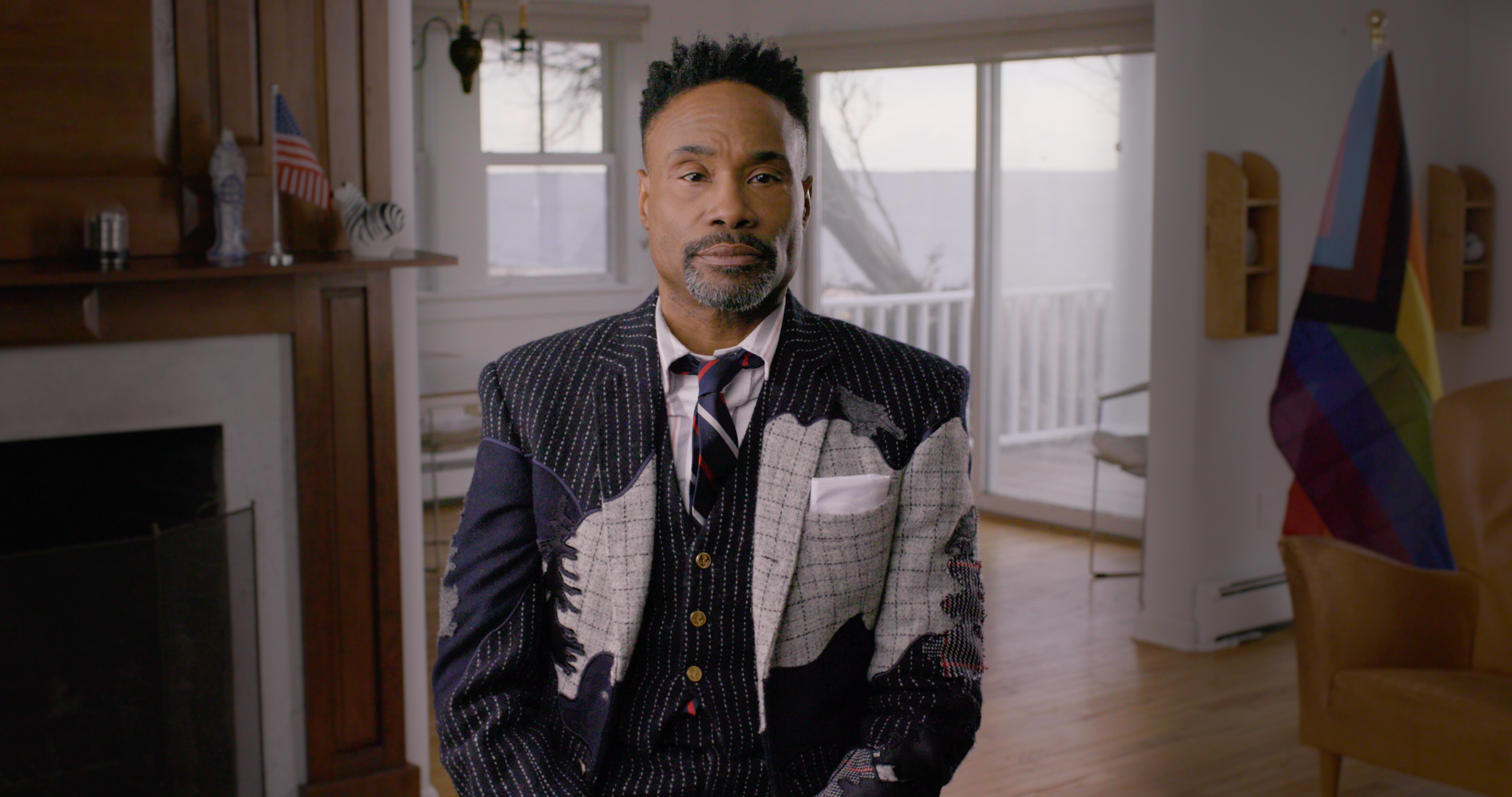