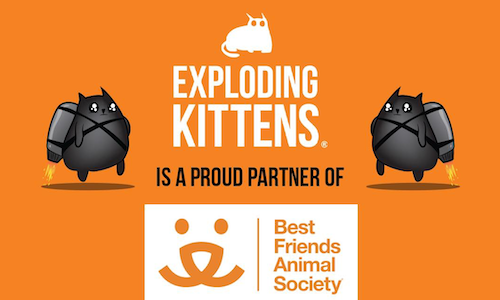 At the start of the COVID-19 pandemic, Exploding Kittens was determined to induce joy and laughter during an otherwise gloomy era. In an effort to carry out this goal, they created A Game of Cat & Mouth, a fiercely competitive pinball’ish type game where both players use the magnetic “Kitty Paw Flickers” to catapult yellow balls as fast as they can through the “Cat Head” centerpiece. As the company’s first-ever non-traditional card game, the team at Exploding Kittens needed a new and unique marketing initiative to make sure this cat-themed, action-packed product would stand out.

Each year, over seven million companion animals enter animal shelters nationwide. Of those, 3.4 million are cats. As cat-enthusiasts, hit tabletop game creator Exploding Kittens wanted to take action and decided to utilize the launch of A Game of Cat & Mouth to combat this issue and help save cats across the country. To do so, Exploding Kittens entered a one-year partnership with Best Friends Animal Society, a national “no-kill” animal rescue, to encourage customers to adopt and put an end to cat euthanization in shelters.

Exploding Kittens matched all donations at their website’s checkout page to Best Friends Animal Society, as well as donated a portion of proceeds from the game to support feline-centric Best Friends initiatives. The overall goal of this campaign was to increase consumer engagement while also raising money for an important charitable cause that is closely aligned with their brand.

Cats and kittens are undoubtedly at the center of the Exploding Kittens franchise, and A Game of Cat & Mouth’s launch was the perfect opportunity to showcase the company’s love for these furry companions. The strategy was to align the announcement of their partnership with BFAS with the game’s launch, to make a timely connection to National Cat Day. This raised awareness of their new product and generated change for cats in animal shelters across the United States. Exploding Kittens donated $25,000 to help save cats and announced that they would be matching consumer donations added to purchase on ExplodingKittens.com, up to an additional $25,000.

Use of Social and Video: Exploding Kittens announced their partnership with BFAS on game launch day, October 12, simultaneously kicking off an influencer-powered promotion culminating on National Cat Day, October 29.

Beginning mid-October, Exploding Kittens worked with 35 major influencers including Derek Boyd, HaueterFamily, and MinnieAndTink from TikTok, as well as MariahandBill, Emmy Hartman, and Courtney Williams from Instagram, to promote the game and amplify the campaign’s message to save cats leading up to National Cat Day. In order to effectively reach as many animal lovers as possible, BFAS connected Exploding Kittens with Instagram famous (and adopted) cats, Phineas and Mr. Kermit.

Best Friends Animal Society also marketed A Game of Cat & Mouth to their own two million + followers across their Instagram, Facebook, and Twitter accounts. Their social posts featured both photos and videos of cats crawling across the game board and flicking the cat paw pieces. Not only were these videos adorable, but they also demonstrated how the game worked, introducing the game to an entirely new but engaged audience.

Direct Link to Donate: To make the donation process extremely accessible for customers and at the point of purchase, Exploding Kittens utilized GiveWorx, a Shopify-connected donation app, to facilitate donations directly to BFAS from the Shop.ExplodingKittens.com checkout process. This gave shoppers a pop-up as they were purchasing A Game of Cat & Mouth with multiple options with amounts they could donate, as well as information about BFAS’s mission and that they would be matching donations.

National Cat Day: Exploding KIttens and Best Friends Animal Society made their partnership newsworthy and timely by securing television segments on National Cat Day on October 29. Segments aired on ABC10 Sacramento and News 4 San Antonio featuring videos of adorable cats crawling around and playing with the Cat & Mouth game board, as anchors discussed the campaign, where viewers could purchase the game as well as how Exploding Kittens would match customers’ donations.

The partnership speaks to Exploding Kittens’ mission to inspire people to connect, laugh and play, and Best Friends Animal Society’s mission to create a better world through kindness to animals. Together, their shared passion for cats and kittens allowed them to promote a game to spread positivity during challenging times, as well as encourage cat adoption and spread the message to fight against cat mistreatment. 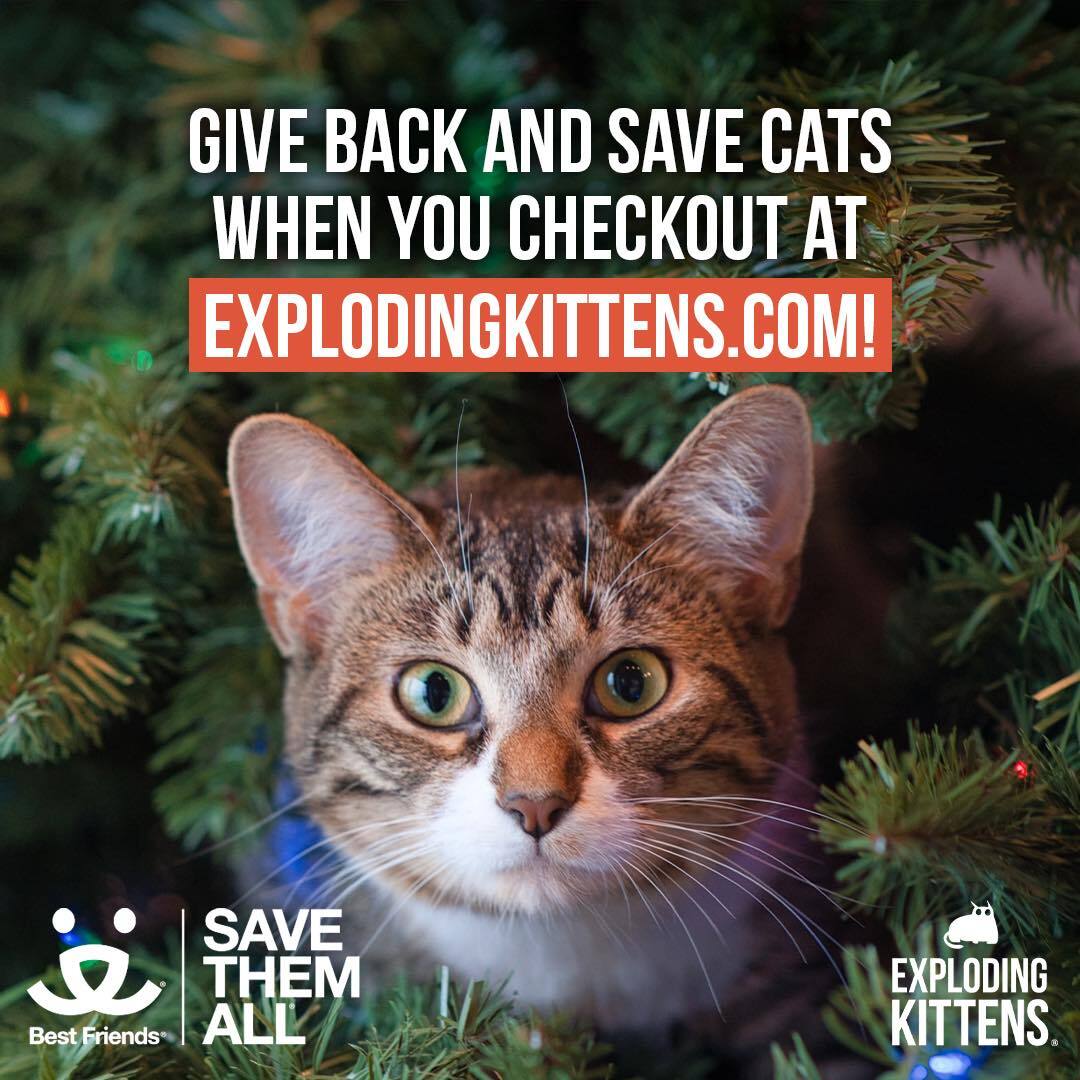 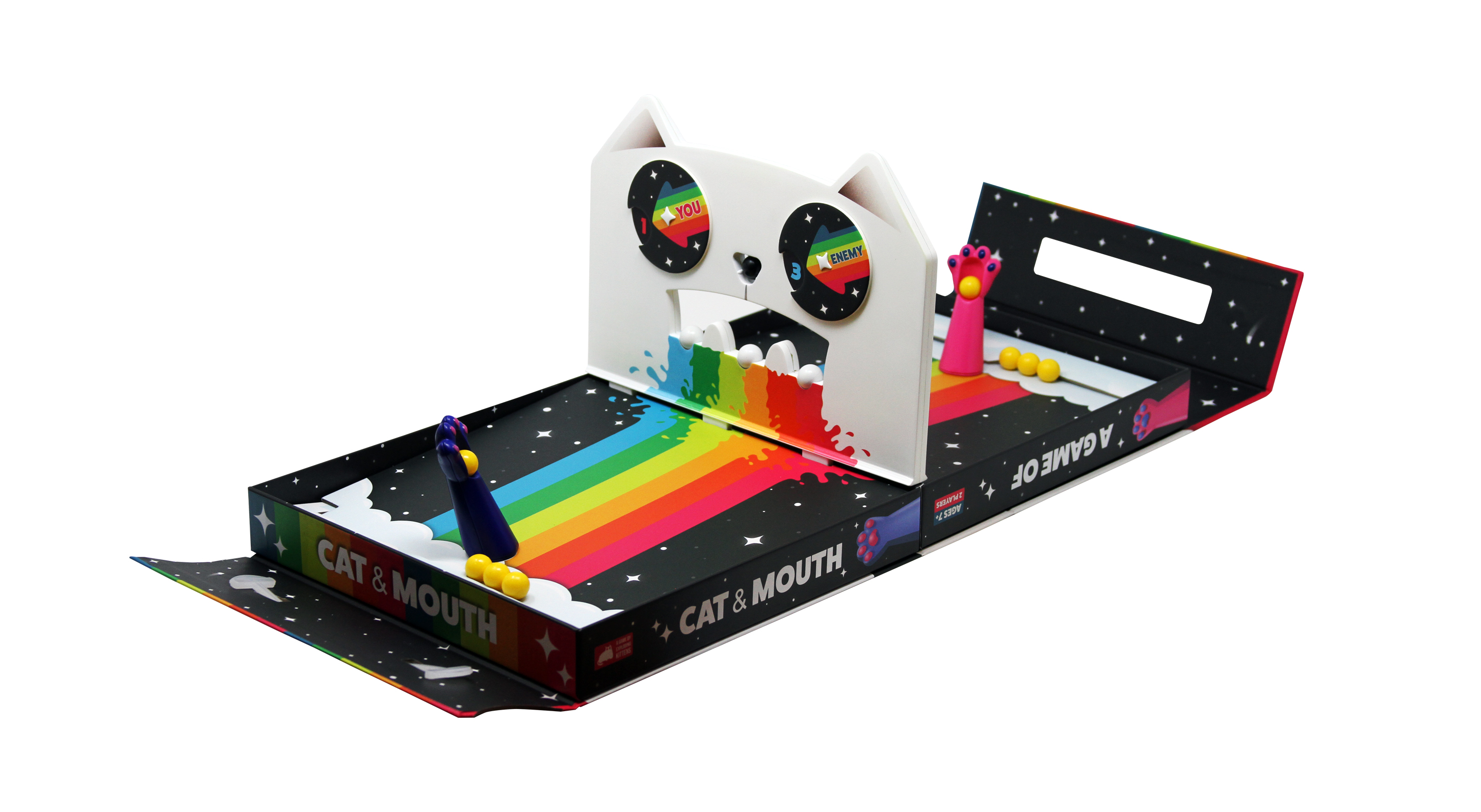 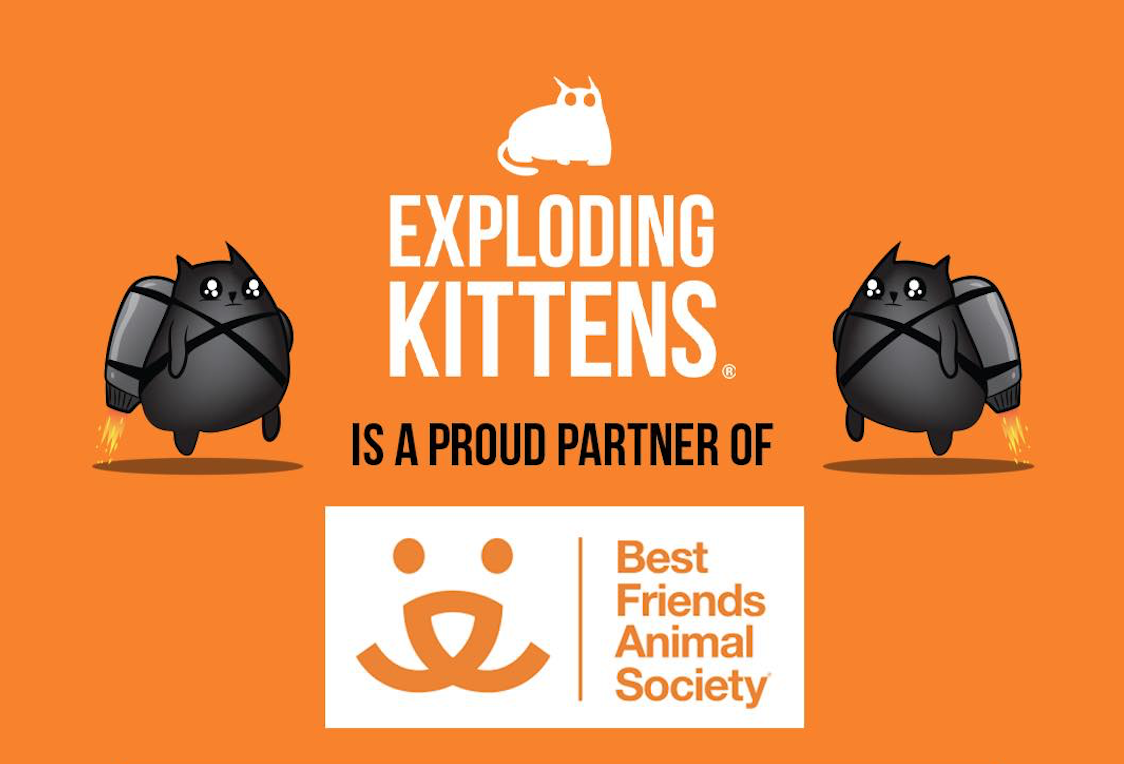 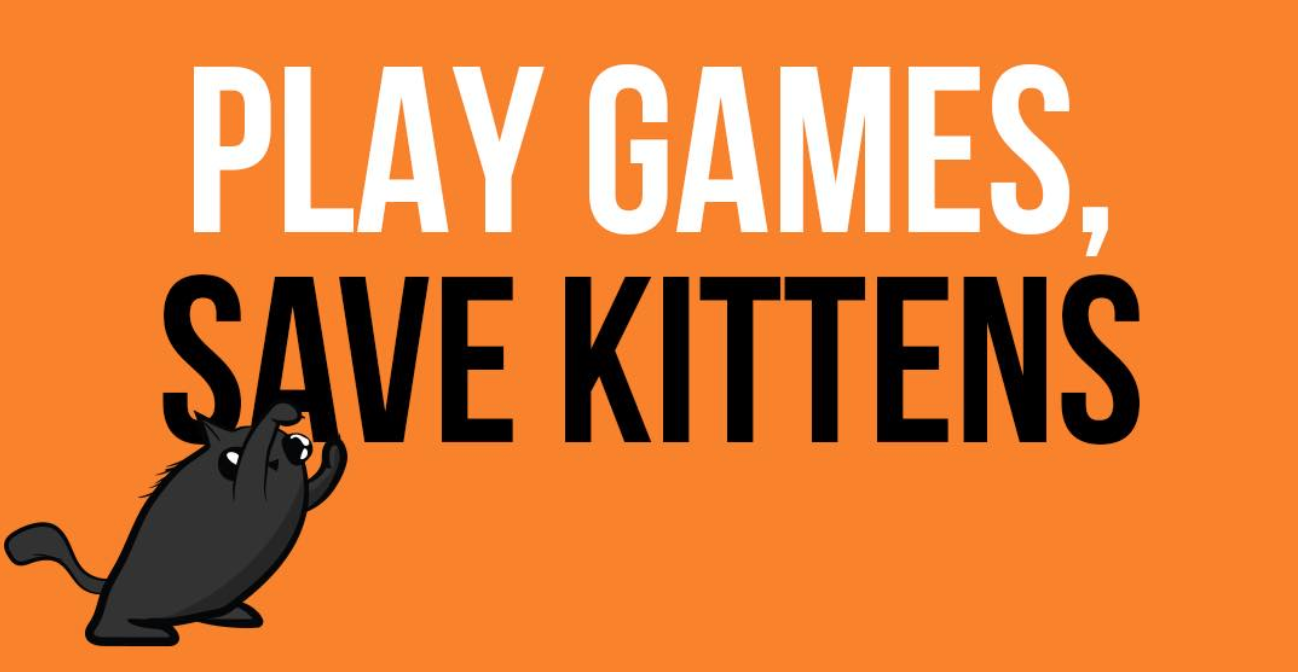