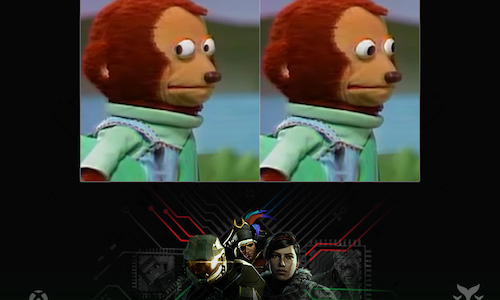 For gamers, the summer of 2020 was full of anticipation. Both Xbox and PlayStation would soon be releasing their next generation of consoles. After the announcements of the Xbox Series X and PlayStation 5, fans spent months speculating about the two consoles, digging for more information on the release dates and prices, and predicting the companies’ next moves. Rumors had been circulating that Xbox was creating a second next-gen console—a more affordable companion to the Xbox Series X—but no information had been officially released.

Then, on the night of September 7, the Internet began to buzz.

Images and videos of the second console had leaked online. The Xbox Series S was originally meant to be revealed as a disruptive surprise later in the year, but its name, design, key features, and price were now in the hands of the Internet. Everyone from ordinary Twitter users to tech publications began to talk excitedly about the leak.

New generations of gaming consoles only come out once every seven years, so we urgently needed to take charge of the discussion and make this moment our own.

Two hours (and many approval emails) later, we had a plan.  Rather than ignore it, we acknowledged it with the classic ‘monkey man’ meme to break into the conversation, and moved quickly with the wider Xbox marketing team to officially announce it.

Our first task was to acknowledge the leak, frankly and directly. We needed something funny. Something simple. Something to convey our true and honest feelings.

Nothing captured these feelings better than the “monkey man” meme that had become popular on the Internet. This two-frame sequence of a puppet looking toward the camera, then away, had already been deployed to convey discomfort or embarrassment about topics ranging from birthdays to Game of Thrones, and it seemed to perfectly encapsulate our reaction to the leak.

We decided to post the meme completely unadorned—no copy, no embellishments. Anyone who had been following the gaming news would instantly know what it referred to. The post went up at 11:07 PM.

Without using a single word, this simple image worked to:

After posting the meme, we followed up with an official confirmation of the name, design, and price of the console, then promised fans we’d share more information soon. By taking these steps, we drew attention back to Xbox as the source of official details and generated more excitement about the details that were yet to come.

In the morning (when more of the world was awake), we capitalized on the momentum created by our meme and confirmation to fully reveal the details of the Xbox Series S, with a hero video we’d been saving for later date. We went from leak – to awkward monkey meme – to full official reveal (with price) in 5 hours.

Thanks to a single wordless Tweet, what was originally a devastating leak turned into a viral brand moment in less than 24 hours.

Xbox’s awkward monkey post fueled a massive amount of earned media and was highlighted by outlets such as Adweek, The Verge, Forbes, IGN, TechRadar, Ars Technica, and GameSpot. It was even used by the University of Texas’ Moody College of Communication as a lesson to students in advertising.

Additionally it earned us some record breaking organic numbers:

Planning made this possible – reactivity helped us move fast, flexibility meant we could change course, willingness to be part of the conversation got us tons of goodwill – and paying it off gave us back control of the narrative. 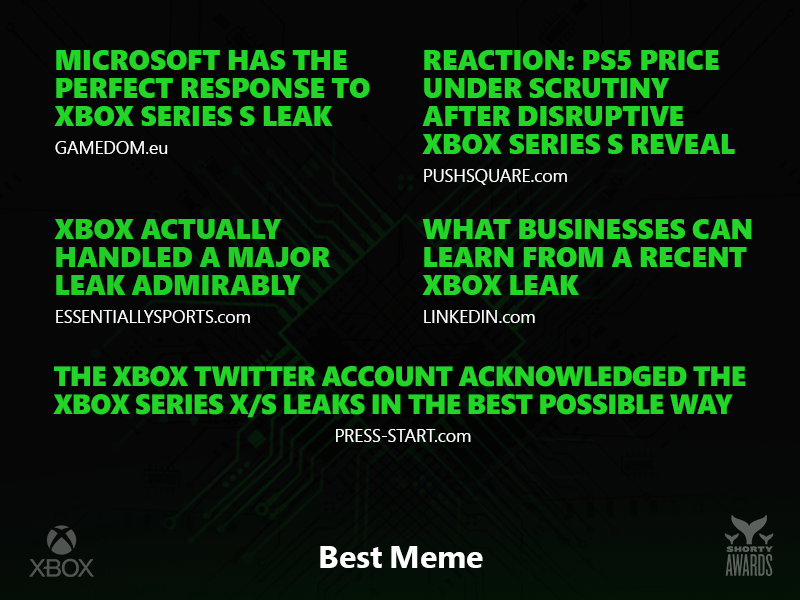 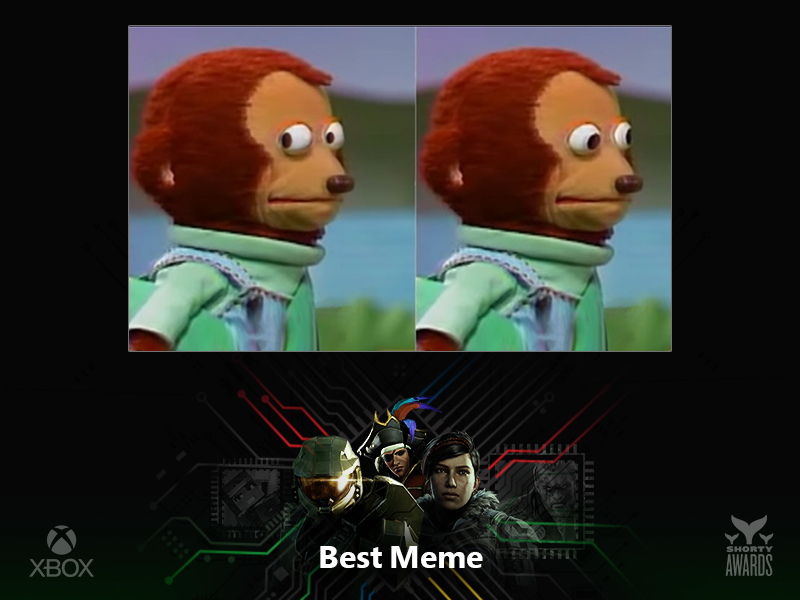 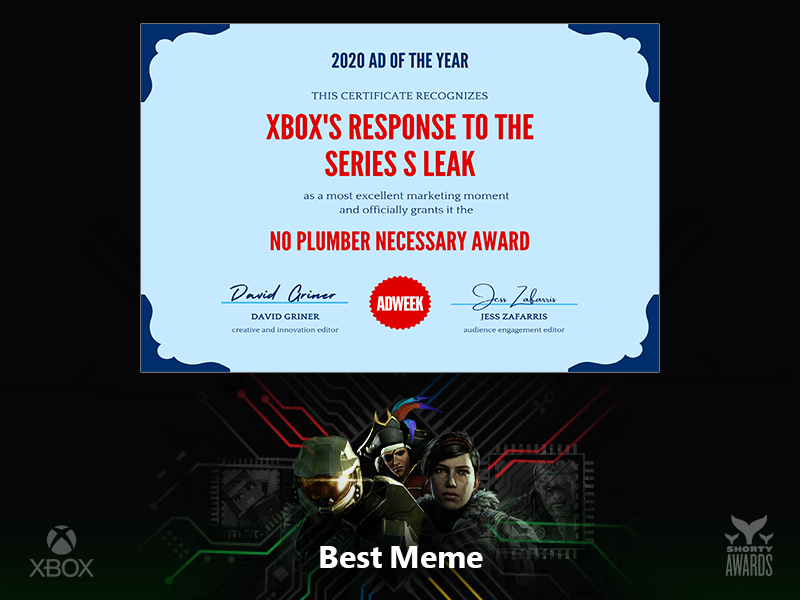 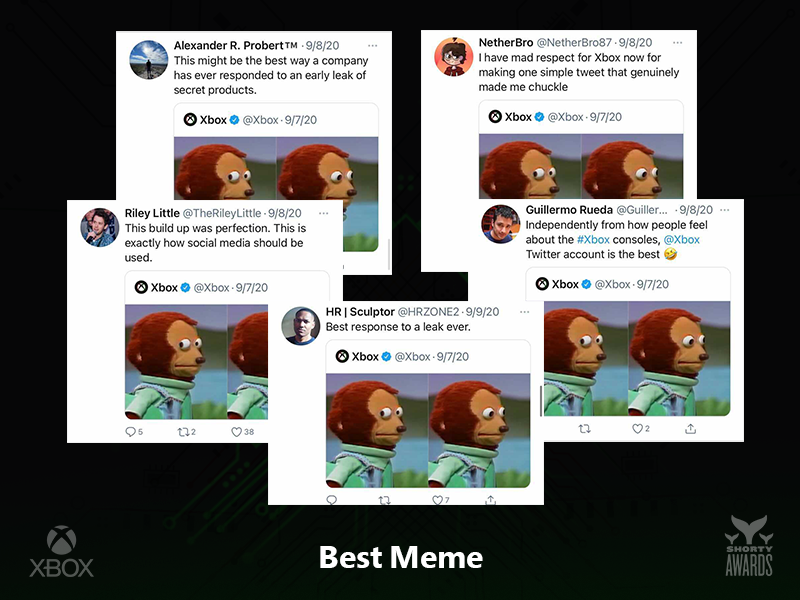 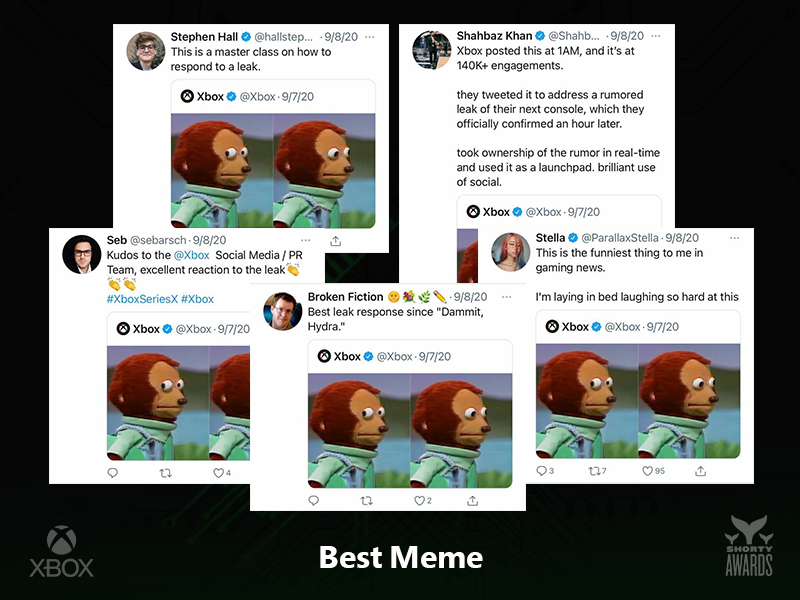