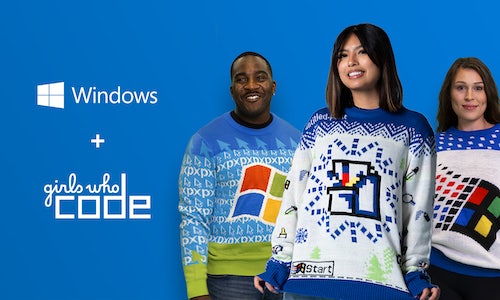 Since 1995 the percentage of female computer scientists has dropped from 37% to 23%. That comes as a shock to everyone…except Girls Who Code, a non-profit whose mission is to close the gender gap in technology. To raise money for a cause that impacts the entire tech industry, Microsoft took it back to 1995 for a little inspiration from the time when the gap was smaller and when Windows 95 was all the rage.

For the last two years, fans have been stirred by Windows Ugly Sweaters. Demand was always high, but supply was limited to a handful of fans and influencers. This year, though, we turned 2 years of pent-up hype into a money-raising machine by selling the ugly sweaters for the first time to the general public.

Strategy: Microsoft has the unique distinction of being a big tech company with history in popular culture. Nostalgia is one of the brand’s strongest equities, but also something that when used incorrectly leads to dated perceptions. With a colorful product like Microsoft Paint, we were able to leverage the nostalgia of Windows fans on social—with a poignant look back to where our industry has been and where it should go in an ideal, more inclusive world.

Implementation: The cause campaign launched on Giving Tuesday. As a launch day surprise, we thanked sweater buyers for their support with an Microsoft Paint-ed portrait of their Twitter avatar. We also took out placement on techie-friendly platform Reddit to raise awareness for the cause and how they could help close the gender gap with Girls Who Code.

Key Features:  We targeted platforms that marry the fandom of Windows Ugly Sweaters—found largely on Twitter—with the tech-savvy audience on Reddit that would identify with and have heart for the cause we are backing. We also boosted awareness by loading Microsoft Paint-ed versions of popular Skype backgrounds directly into the app as well as downloadable versions for anywhere virtual ugly holiday sweater parties happen.

Demand was so high that we sold out of all stock in just 23 hours (faster than the Xbox Series X, according to one news article).

Based on the high demand from fans, we opened pre-orders for a reprint. In just 4 days, we sold out of 4 times the original stock, bringing our Girls Who Code total donation to $100,000—more than doubling our goal.

The Windows Ugly Sweater Softwear 3.0 campaign received the highest engagement among the advertisers who participated in the Reddit Alpha test during the same timeframe for Promoted Carousel ads, with a CTR of 2x the consumer tech vertical (Reddit average: 0.27%, ours was 0.59%) 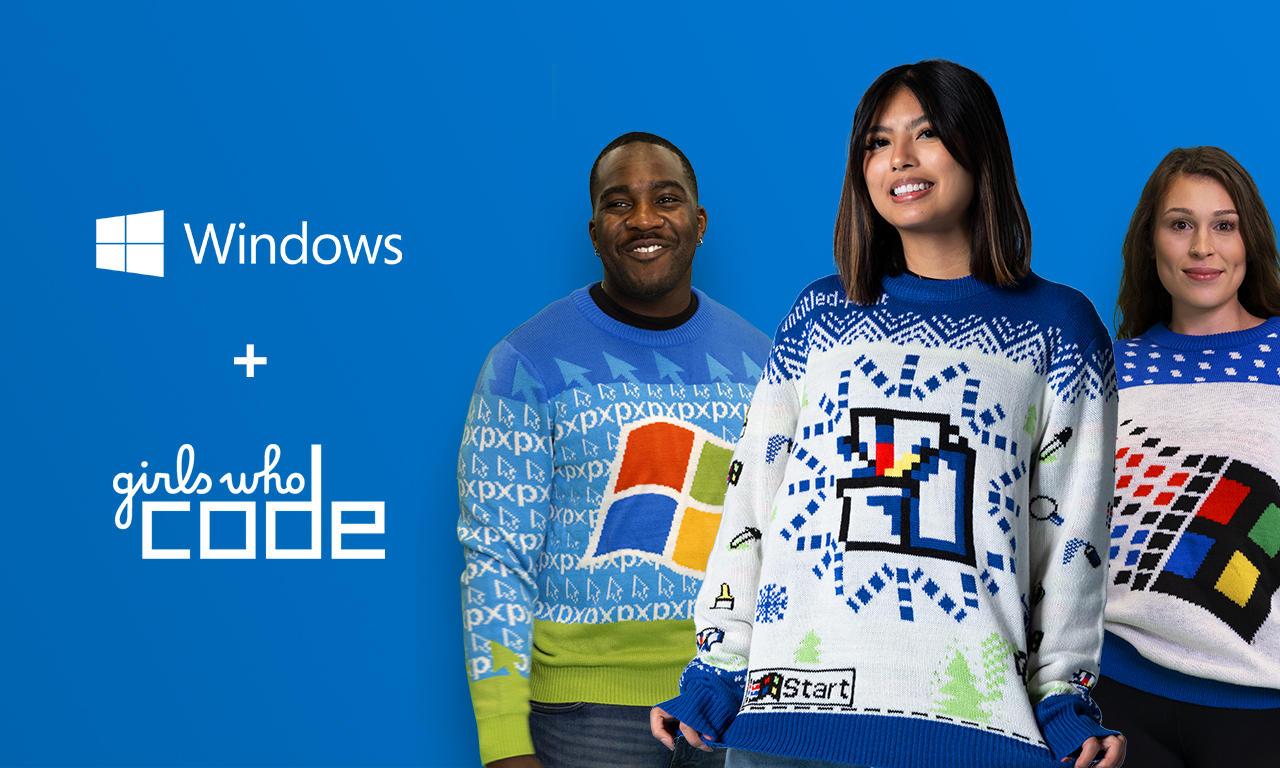 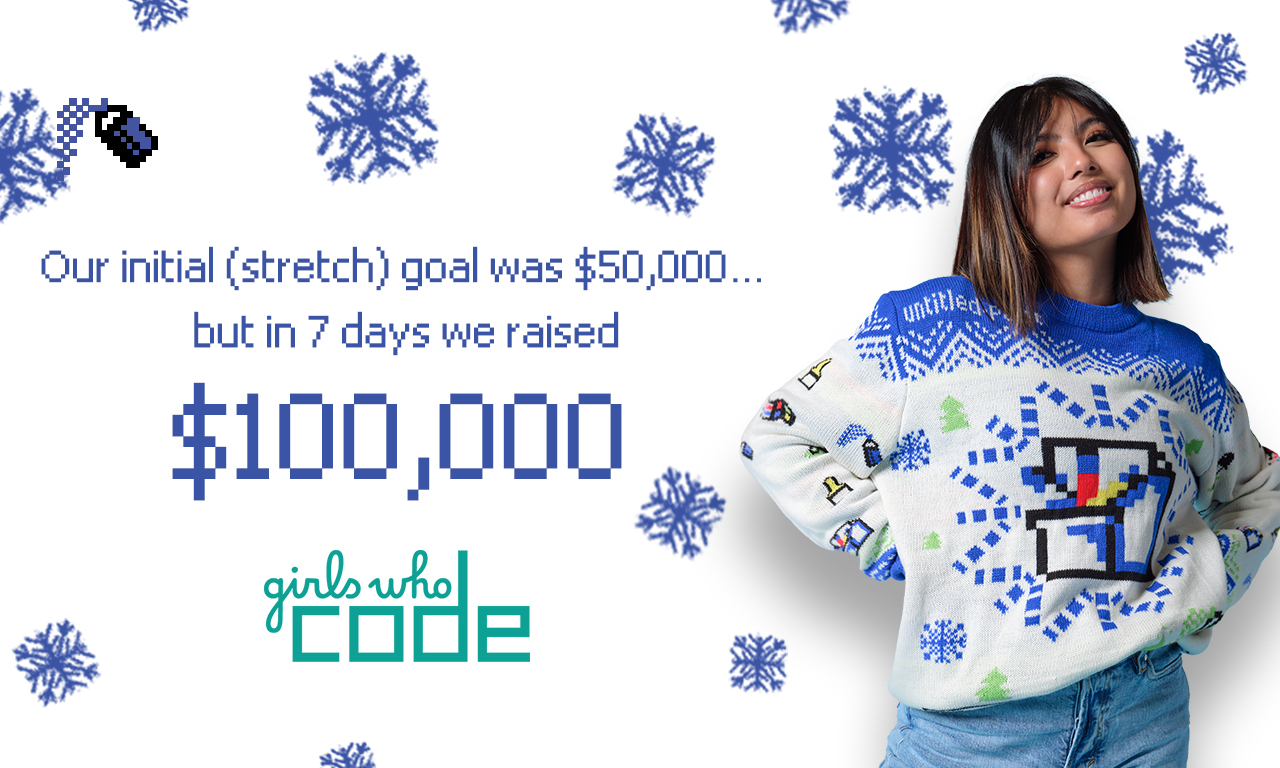 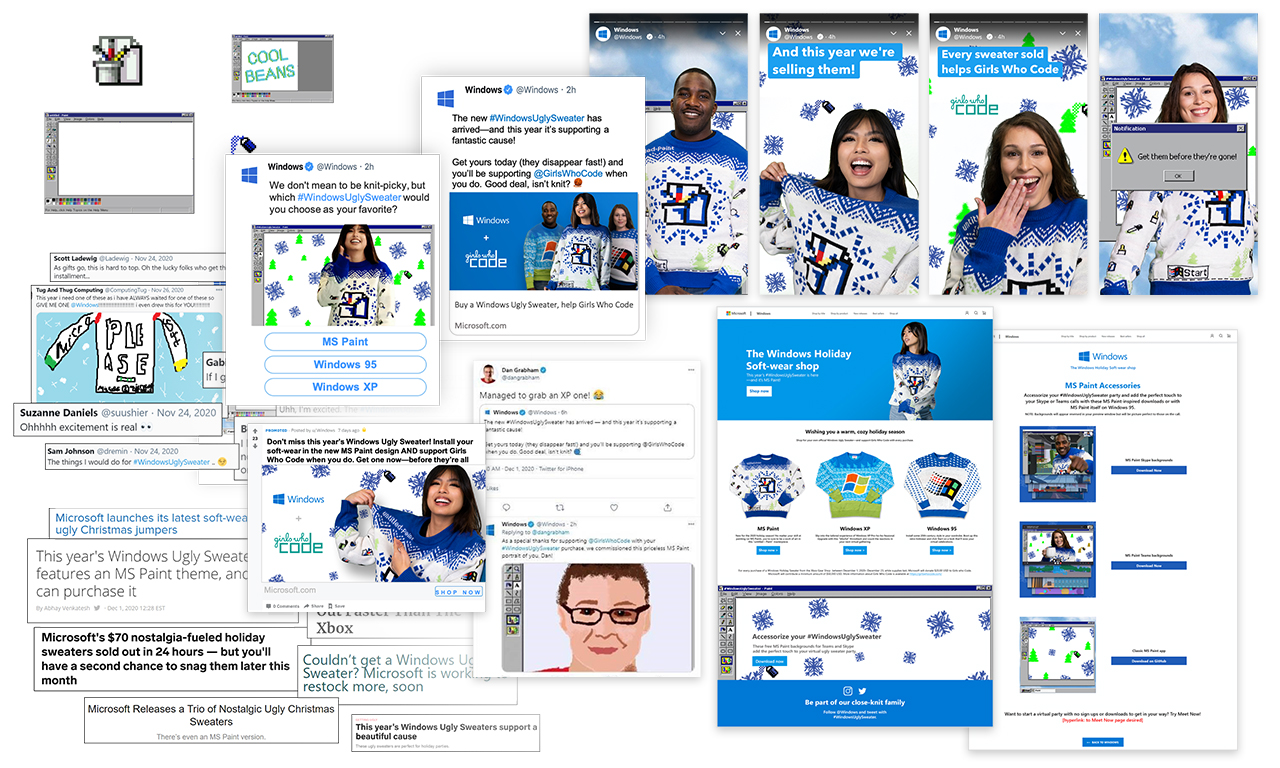