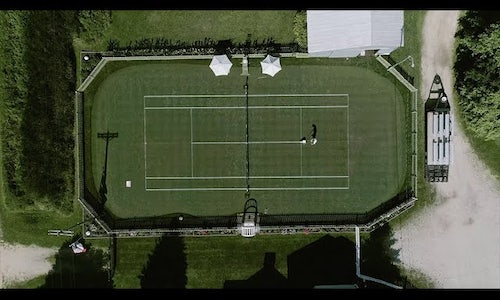 The goal of this campaign was to develop a creative idea for an ongoing series of films that embodied the "Pursuit of Greatness" and could act as pull content in the lead up to Wimbledon each year. The principal marketing objective was focused on growing Wimbledon's owned audiences—this series of films would be a first for Wimbledon, sitting on Facebook Watch in order to drive lead generation for myWIMBLEDON, the AELTC's registration experience on Wimbledon.com.  The AELTC was also seeking to evolve its content approach to deliver on an appetite for longer engagement through great storytelling about its fans, as an extension of its already impressive coverage of the Championships.

To create this content series we conducted outreach within Wimbledon's digital community to uncover incredible stories of Wimbledon fandom.  We then allowed those fans to tell their stories in their own voice.  "Pursuits" is about the fan's experience and journey, but through their stories, we come to understand what makes Wimbledon special. The idea behind “Pursuits” is a simple one: each and every person who attends The Championships has a different point of view, and a story to tell beyond their love of the game. Whether attending with family, friends, or on a personal journey, for the tenth time or the first, all fans gather for one purpose, but rarely take the same path to get there.  Through these stories, we can paint a picture of what Wimbledon really means.

We began working on this series before last year’s tournament—so over a year in the making. We cast the series through digital research and by reaching out to fans on the AELTC’s mailing list and social media pages, looking for unique stories of fandom existing outside of the grounds.  We then reached out to each of our chosen characters with the opportunity of a lifetime—to return to the AELTC, and tell their story while attending that year’s Championships. “Pursuits” began filming inside the 2019 tournament, bringing our characters back to Wimbledon to remember a significant memory from their past.

This series was also shot with a very light footprint, one cameraman who also worked as the director and editor, a second cameraman who did sound design, a producer—and that’s it. The small production allowed us to shoot on-site during the tournament, which is typically not allowed unless you’re a broadcaster.

We cast three fans in total, each with a unique story to tell, and brought them all back to the Champions in 2019. One man made a splash as a vocal fan during an exhibition game and wound attempting to return a serve from a pro... in a skirt. Another woman traveled all the way from Singapore just to wait in the queue for a chance to see her hero play.

But the most incredible story of all is the one we've submitted. A lifelong Wimbledon fan who traveled all the way from Iowa to intern for the grounds crew, and built a grass court in his backyard as a result. He hadn't been back to the AELTC in many years due to a family tragedy, but in our piece, he finally returned to reconnect with his dream.

This simple act of nostalgia turned out to be incredibly significant—it was the last time most of the fans would step foot inside the AELTC for the foreseeable future. As the content was edited and developed, it became clear it meant much more than we originally intended. It soon became part of the AELTC’s  Wimbledon Recreated campaign, which replaced live matches during this year’s canceled Championships. With these films, the AELTC had a unique and timely opportunity to tell these individual stories of fans of the Championships (traveling to the Championships to relive their memories), in an effort to bring a little slice of Wimbledon to the fans during a year when no one fan would be coming to Wimbledon.

Even though the tournament was canceled this year, these initial episodes are a perfect reminder of how powerful each experience is when attending this specific event. These stories are intimate, personal, and moving, going well beyond tennis to explore the extraordinary details behind each fan’s pursuits. It’s an elegant way of demonstrating Wimbledon’s brand values and how this slam is different from all the others. When the content finally launched, we saw 300K+ Views organic across Facebook Watch in the first 48 hours of posting each video with a 91% Positive sentiment, confirming our hypothesis that intimate, personal, and affecting stories of real fans with an extraordinary lens on the Championships would inspire others to watch more Wimbledon content.

Video for Wimbledon: Pursuits Episode One "Court of Dreams" 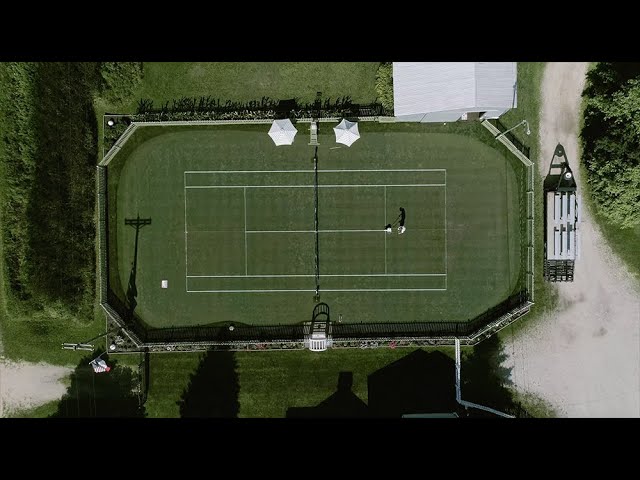