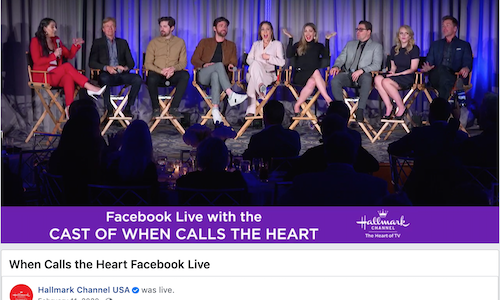 To drive tune-in and excitement for When Calls the Heart Season 7 premiere.

Crown Media Family Networks taped into the power of social media and the Hearties fan base for this show and held a Facebook Live with the cast of When Calls the Heart Season 7 including Erin Krakow, Jack Wagner, Kavan Smith, Pascale Hutton, Andrea Brooks, Chris McNally, Kevin McGarry and Paul Greene prior to the season premiere. Given the authenticity of the  “Facebook live” function, the Crown Media Networks social team leveraged and highlighted the real-time functionality as opposed to a scripted video series. We strategically exclusively partnered with our long-time friend and associate Dierde Hall from Entertainment Tonight who moderated the panel and asked the cast fan questions, which then became a part of her story for ET.

To view the event, please visit the URL https://www.facebook.com/hallmarkchannel/videos/1061158647581638/UzpfSTE1MjM4MzY3ODI1NTkwODoxNDI3NDgyMDA0MDc5Mzk2/

● The Facebook Live event was covered by several press including Entertainment Tonight, People Online, EXTRA Online, Radar Online, OK! Magazine, Star Magazine, ACCESS Online, SheKnows.com, the official Hearties Fan group on Facebook, additional Hearties groups and blogs. The well-timed Facebook Live event was able to address many of the questions the fan base and many thanked the Television Network for utilizing the open ended, real-time power of social media via Facebook Live to answer questions as opposed to a scripted broadcast interview. Being a live video also helped establish the authenticity of the answers and allowed fans the perfect social platform to talk to their favorite cast members directly. 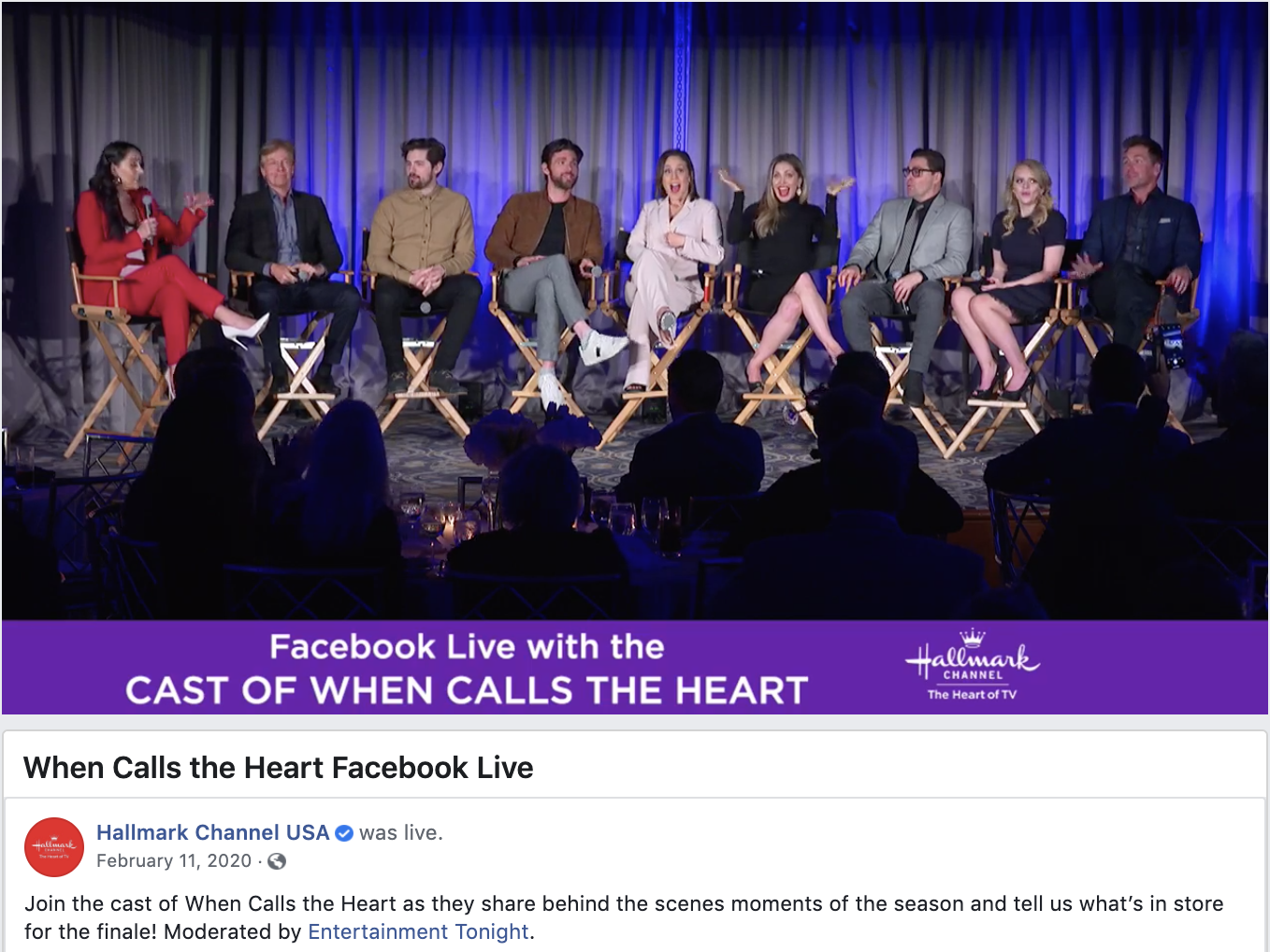