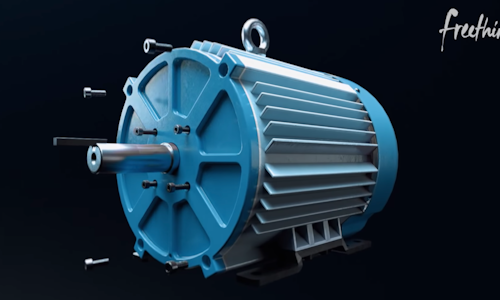 Want to Save the Planet? Start with Reinventing the Motor

The lightbulb is the universal symbol of electricity, but that notion is wrong. Motors are actually responsible for an overwhelming amount of the electricity humans consume. And for good reason: motors are everywhere. All movement, all action in the physical world is driven by motors. They powered the industrial age and their use has spurred the creation of the modern world. But our current motors are anything but modern. In fact, they are an antiquated, analog technology badly in need of a redesign.

Enter Turntide, a company with a simple mission: replace all motors in the world with smart, future-proof, hyper-efficient systems, driven by artificial intelligence. Turntide has invented a motor platform and constantly-improving, software solution that strives to have “optimal motion.” It leverages modern technology to replace antiquated motors with smart ones that reduce electricity consumption. And, they just might save the world.

That is, if they could get enough traction. Enter Freethink. By positioning the rebranded Turntide as the solution-driven industry leader that is no longer content with incremental progress and is making bold disruptions to antiquated technology that could save our planet, Freethink would accelerate the transition between startup with a fringe technology to the new standard in industrial technology.

Climate crisis has been an urgent problem for a long time -- not only do we need to quickly implement solutions that can dramatically cut energy consumption, but we need to generate optimism around epic solutions that would drive bold conversations and actions among B2B viewers.

In a premium documentary, Freethink introduced to viewers a viable, within-our-grasp solution to climate change-- that if Turntide is able to deploy their motors to applications around the world, they could reduce energy consumption on a scale that could, quite literally, save the world. Traditional motors are still running on antiquated designs inherited from a century past, and despite having better motor technology available, it hasn’t been deployed widely because of the costs of electronics and the difficulty of controlling the motors. Turntide solved this issue by applying software-first design principles to the physical motor. Through improved product, Turntide would be able to provide B2B consumers a solution that was more productive, more efficient-- with the additional benefit of also being better for the climate. Through interviews of the Turntide team, breakdowns of their technology, and portraying how their vision of their company is intertwined with the fate of the world, Freethink positioned Turntide as essential to unlocking a future where climate change could be resolved.

More impressively, this video was also produced while strict social distancing measures were still in place.

The video production was supplemented with a robust distribution plan, with customized and targeted campaigns across social media. We implemented SEO optimization, created series art, dedicated articles, customized cutdowns and clips; we published across news partners, niche online communities, newsletters and contributed real-time comment responses to encourage conversation. Through the campaign, we measured and fine-tune tactics to optimize where the video was organically performing well to boost performance.

The Motor Revolution broke records and exceeded expectations, not just for Freethink but on Youtube as well. It's one of our top performing sponsored videos of all time, as well as the top performing sponsored video on YouTube in 2020. It generated over 1.3 million views-- and 20% of those views were completed views. That means that Turntide was able to generate 6 minutes of uninterrupted brand engagement, at a scale and reach they did not have before. This was particularly important as Turntide had just rebranded, and as a relatively new market player, this was crucial in placing the brand on the map.

On Youtube, the video delivered a click-through-rate (CTR) that was three times the Freethink average and the second strongest CTR on Freethink video in 2020-- demonstrating a keen interest among viewers to learn more and engage with the Turntide brand.

By telling the Turntide brand story in a way that explains their purpose and contextualizes their value proposition, Freethink was able to set the brand as a revolutionary solution for not just B2B partners but for the world.

Video for Want to Save the Planet? Start with Reinventing the Motor 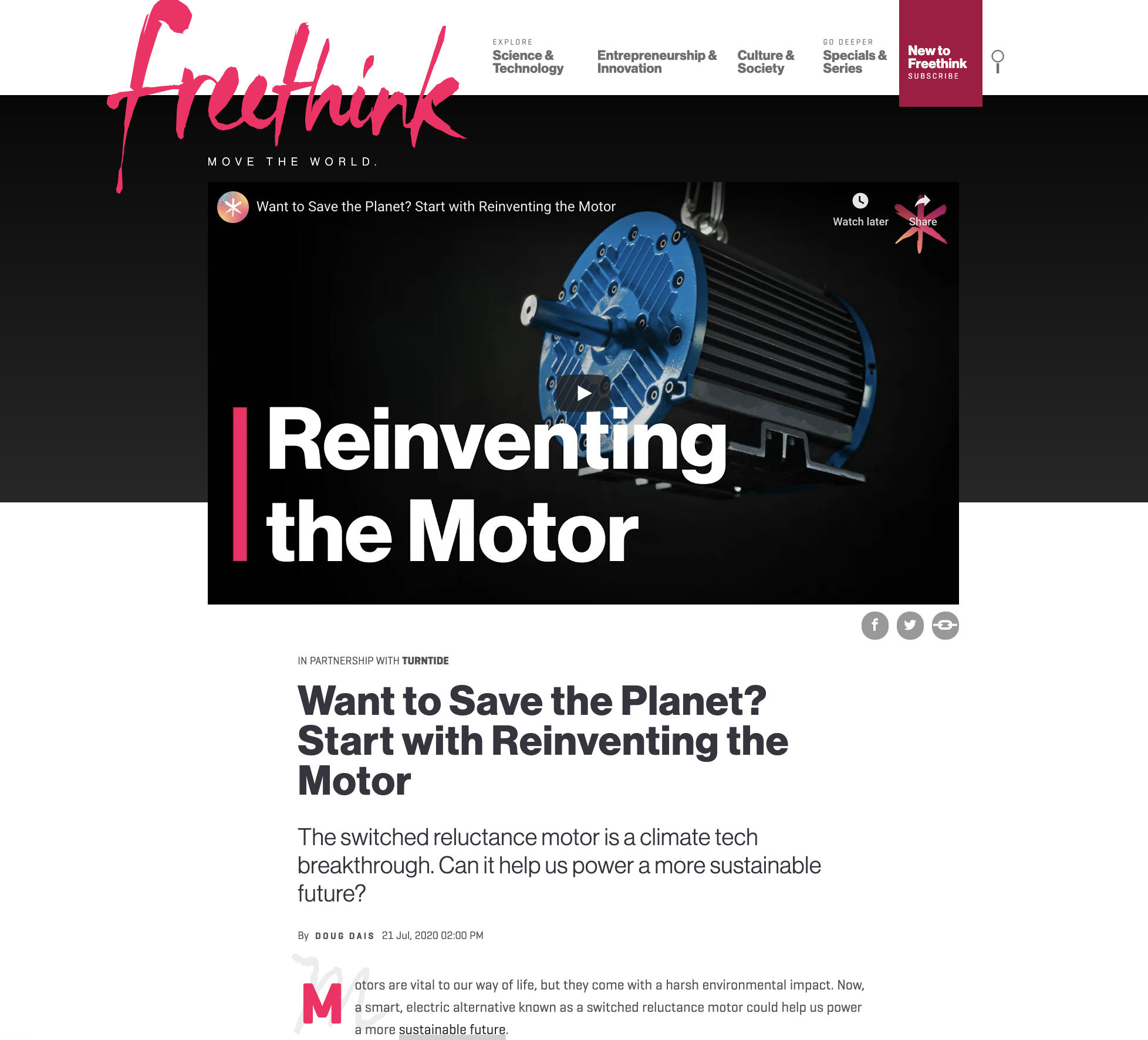 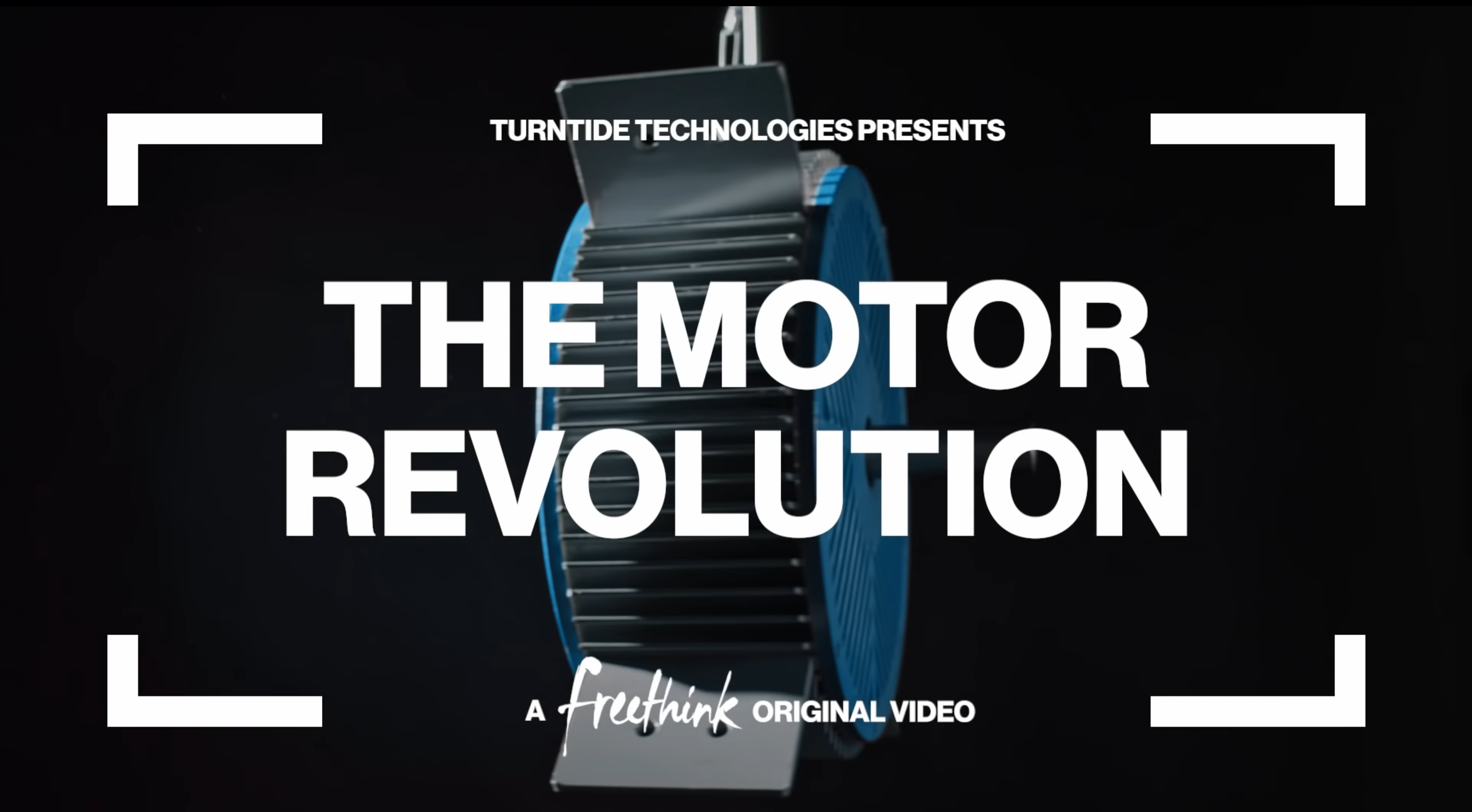 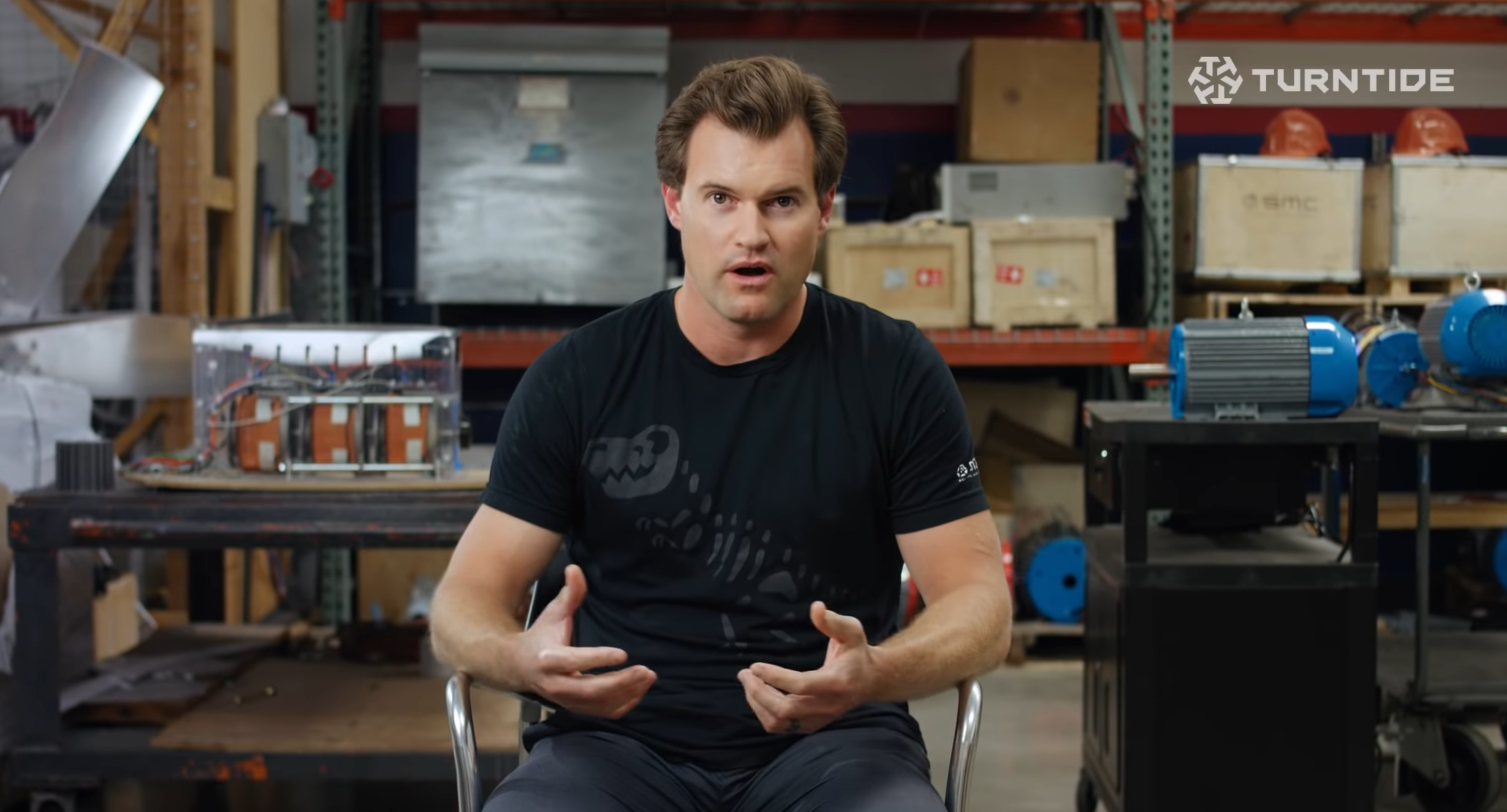 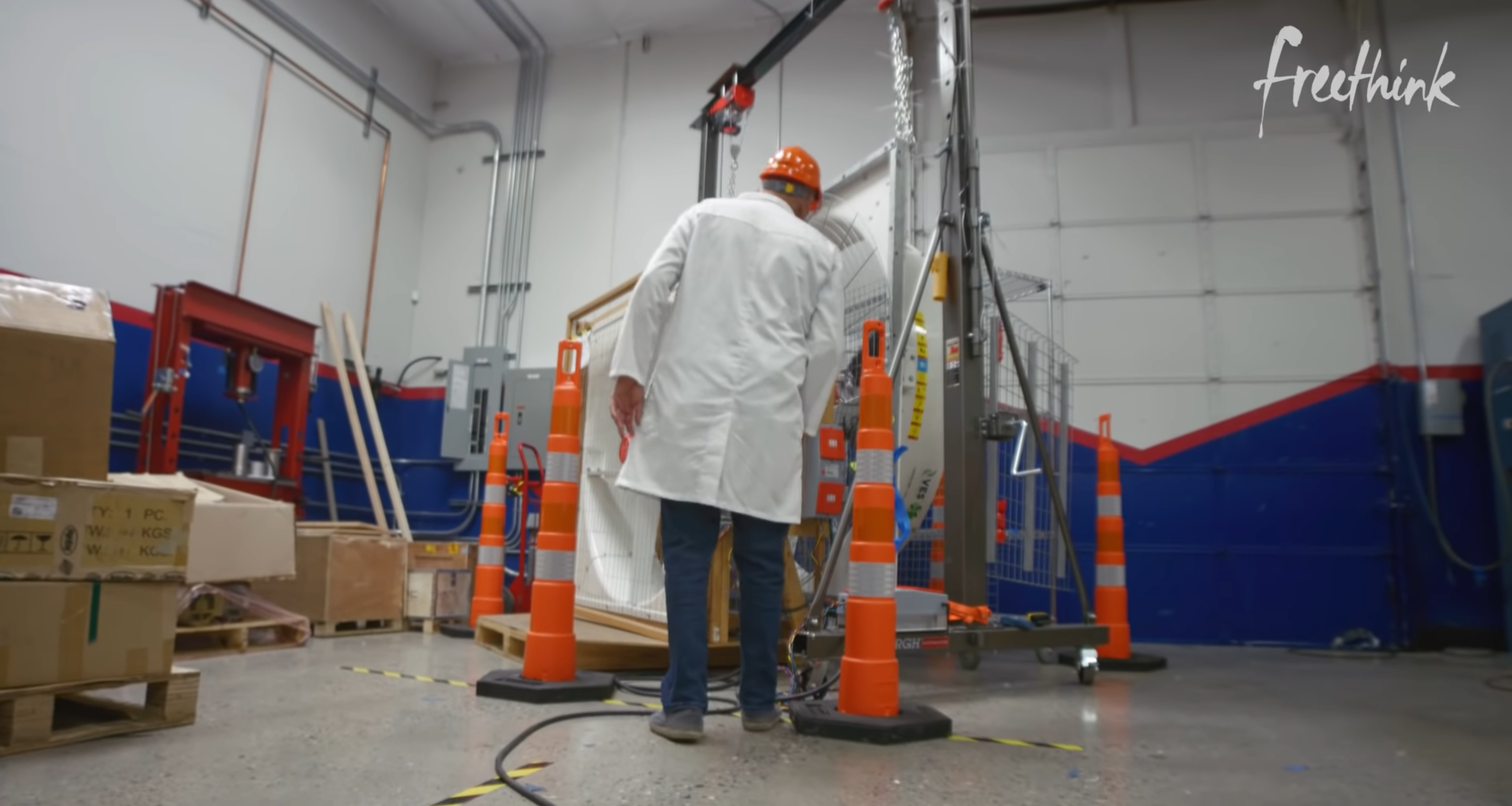 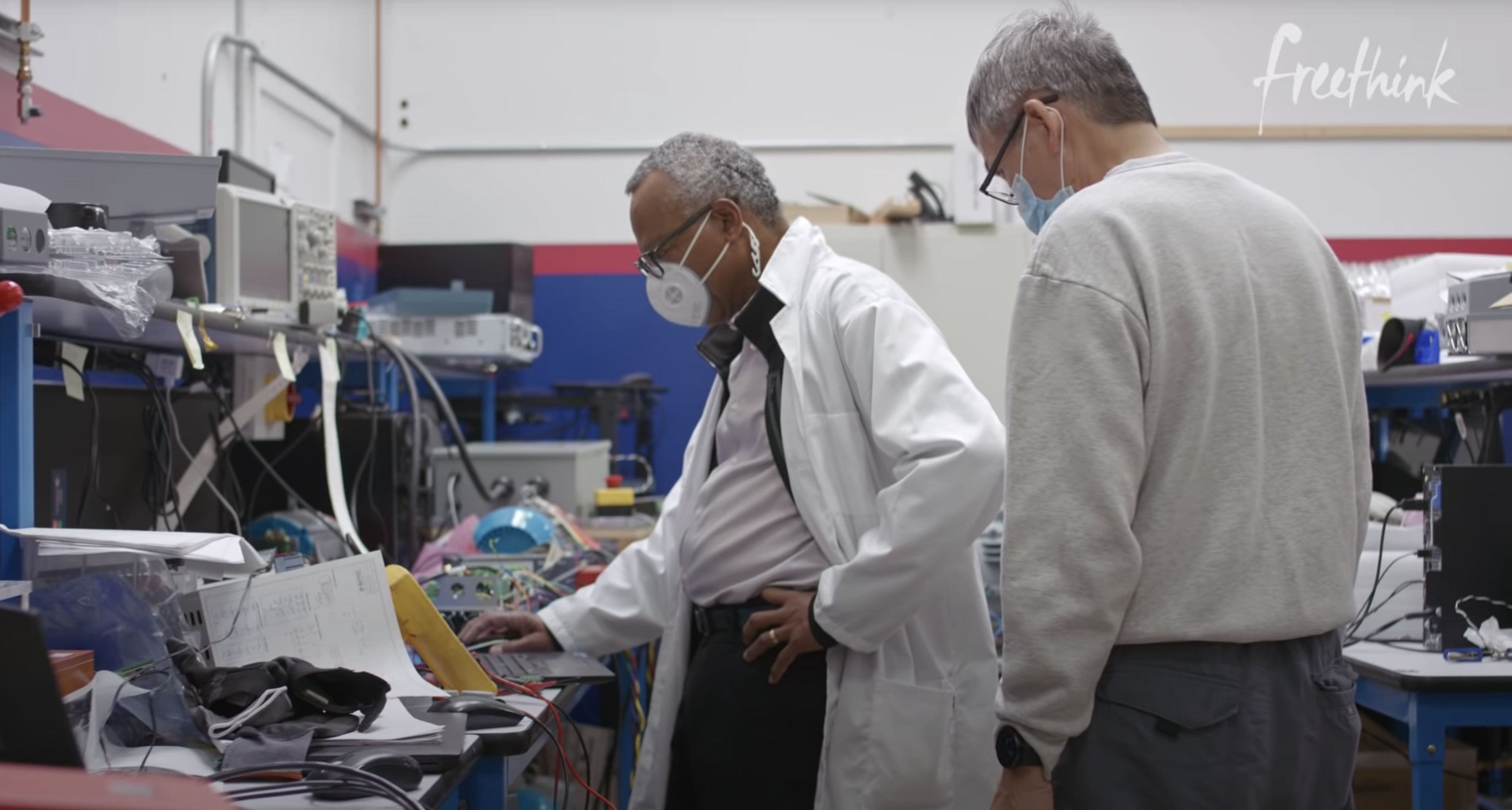 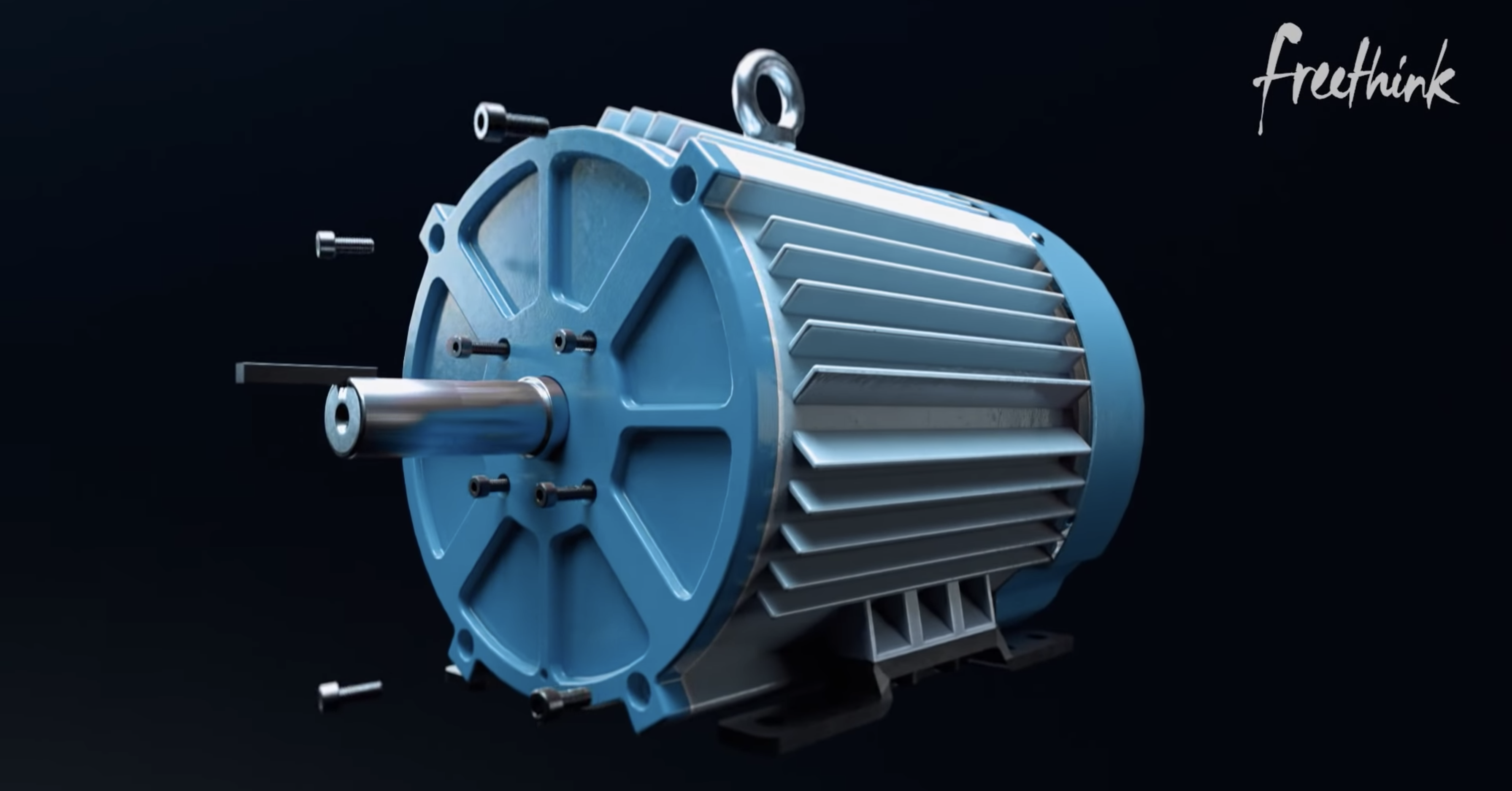