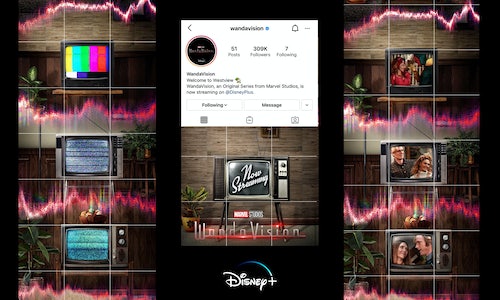 The unique, time-bending premise of WandaVision has its characters and viewers constantly questioning reality. The series’s Instagram account took a similar approach by presenting a seamless profile grid, with hidden, archived posts timed to campaign beats embedded in the art’s TV screens. As the campaign marched toward release, the TVs would inexplicably update to new, topical creative including countdowns, stills and even a hidden clip, all with the same upload date as the previous posts. Fans immediately took notice and questioned how this was being done, instantly citing the connection to the series and abilities of the character of Wanda Maximoff.

A seamless Instagram profile grid isn’t new, but our goal was to take that concept a step further into interactivity. By utilizing the archive feature, the account came alive as the TV screens flipped from static one day, to a two week countdown the next. To implement this, we needed a robust design with each TV screen encompassing a single Instagram post. From there, each screen would have a set of alternate images, uploaded in a very specific order and immediately archived before continuing to build the profile grid. To avoid flooding any users’ feeds with repeated uploads, the account was built on private before its launch, allowing a full reveal of the account for even its first follower. Our six TV screens continued to change almost daily in the two week countdown to WandaVision’s debut on Disney+. Each update would appear on the profile with the same upload date as every other post in the grid, confusing and exciting fans. After the show’s debut, the account began building upwards, recapping each new episode with an iconic quote across a new row of posts.

After the first content switch on the profile, fans immediately took notice, commenting their confusion, disbelief and jokingly attributing the switch to the character of Wanda Maximoff from the series. This hypothesizing also spilled over onto other platforms, including Twitter. Multiple articles from online press outlets popped up as well. The account grew quickly, with currently 300,000 followers in its first 30 days. 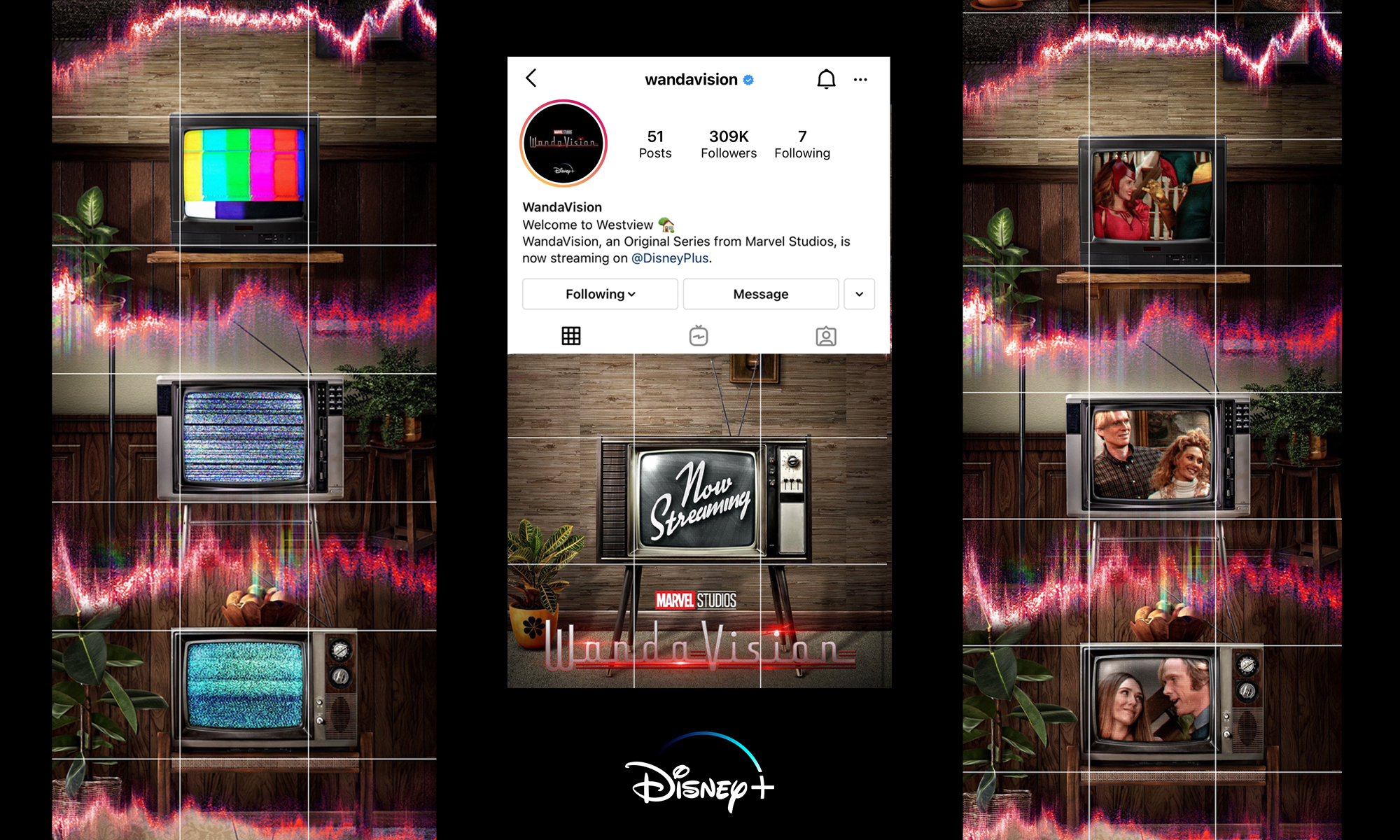