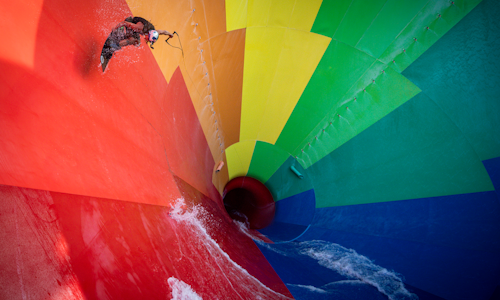 Most Red Bull Brasil events were canceled in 2020 due to Covid-19. Since the brand relies heavily on these events for marketing, there was a need to create something amazing before the end of the year.

At the same time it had to be something within the safety protocols, so no crowds, and no traditional events (of course).

Also it had to relate to summer in Brazil, which happens between December and March.

The objective was to create a video piece that gathered as much buzz as possible combining all these needs, activated the digital channels - Red Bull TV website, Instagram and TikTok, and gained earned media like blog posts, news websites articles and broadcast TV appearances.

One of the recent hired Red Bull athletes was wakeboard world champion Pedro Caldas. While in the northern part of Brazil, the Red Bull team had started a conversation with Beach Park, the largest waterpark in Latin America, about using their site as a location for some kind of event.

Beach Park is a well know tourist attraction in Brazil. So partnering with them was a long time goal of the Red Bull team.

Red Bull: "Hey, Beach Park: Can we put an athlete riding down the water slides while he's standing up on a wakeboard?"

Beach Park: "Wait... what?!?". And that was the beginning of a long negotiation.

The park had been closed for most of the year. So any kind of marketing would be amazing during this difficult times. Receiving a call from a brand like Red Bull, known for producing exciting content, was indeed thrilling for Beach Park.

The idea was to have Pedro Caldas riding down the slides at the waterpark, only using a wakeboard instead of the more common floaties. Beach Park liked the idea, although they were not willing to risk their reputation.

In other words, they wouldn't allow anything dangerous to be performed inside their park, so the answer was a firm "no". Time was running out.

Red Bull decided to put together a sports team and plan in detail how that could be pulled off, with no accidents, and maximum
"wowness". The park agreed to host some tests and then the negotiations evolved.

Meanwhile the content team based in São Paulo (south of Brazil), called Mol, a long time partner of Red Bull in video content production. The challenge was to not only document this feat, but create a storytelling and a visually beautiful piece.

Mol hired American director Jonny Zeller, who is a former professional snowboarder and had also worked with Red Bull in the US. That boosted Pedro Caldas (talent and athlete) confidence on the project. He was motivated and really excited since day one, but was literally putting himself on the line, so having a director that understood him was key.

The tests at the park were getting better. Red Bull hired a Canadian coach and winch expert to join the sports team. Now the project just needed Beach Park green light. Time had definitely ran out. There was only two weeks before the park reopening.

Mol scripted everything with the client. How to connect the rides in the video, how to produced extra contend of news channels, when to shoot photos and vertical content for Instagram and TikTok.

As important as the athlete doing the stunts, everything had to be documented in the best way possible within 4 days of shooting. Once finished Mol had only a few days to deliver the first cuts. In total 13 pieces were planned, including a news cut that was only available to TV channels and news websites. A main video was posted on Red Bull TV. Instagram and TikTok had many customized cuts for each one of them.

What started as a blend year for Red Bull, turned out to be quite amazing.

The main video of Pedro Caldas at Beach Park was released at Red Bull TV website, and it features 3 minutes of action.

The news cut was sent to all media companies, and used by two major broadcast newtorks in Brazil: Globo (most watched TV channel) - which did a segment on its sports program "Globo Esporte", and Bandeirantes (4th most watched) - which did a piece on the show "Viva o Esporte" at its cable sports channel Bandsports.

The feat was published in 27 blogs, where the main video and photos were shared.

No one was harmed during the making of these videos. 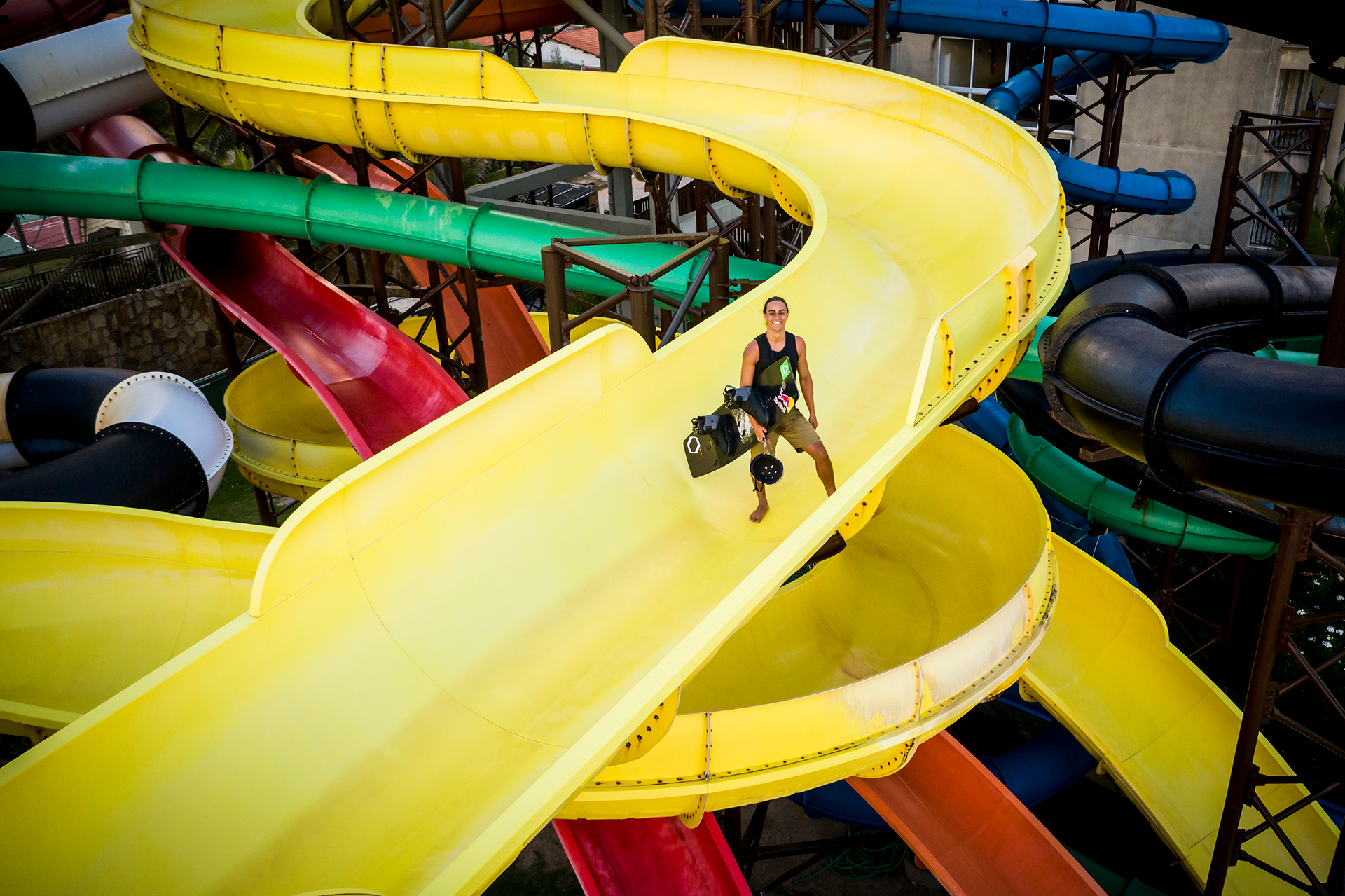 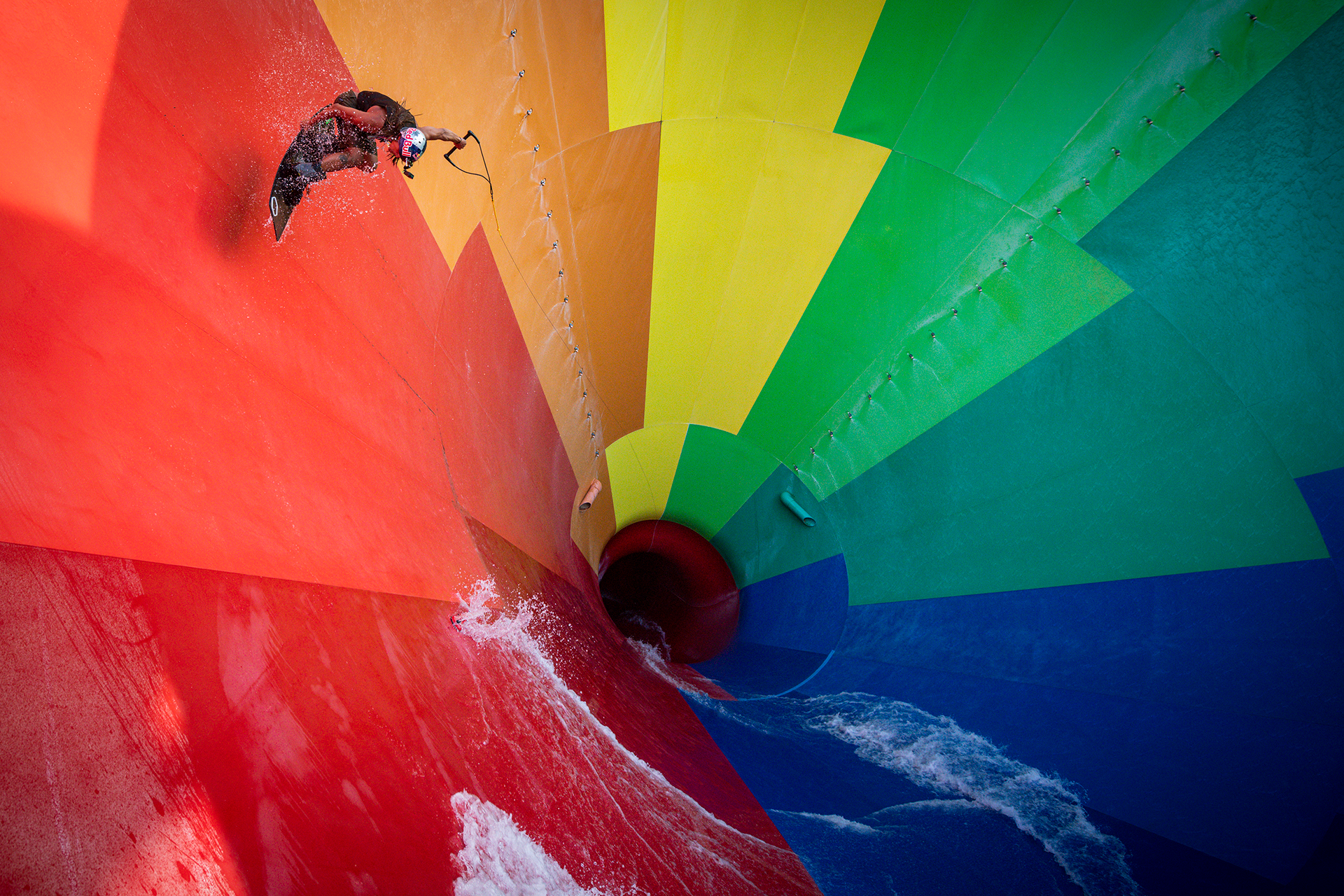 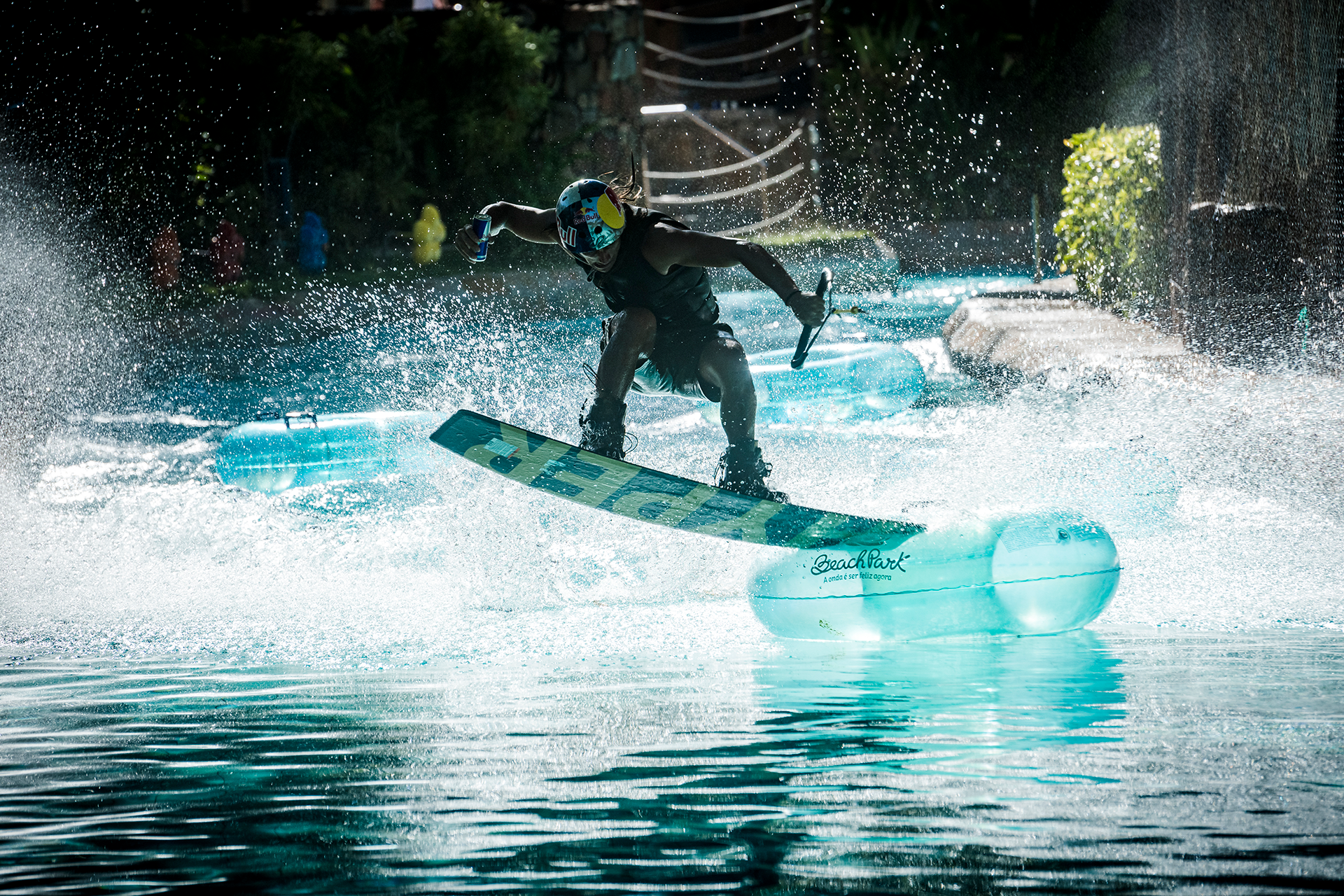 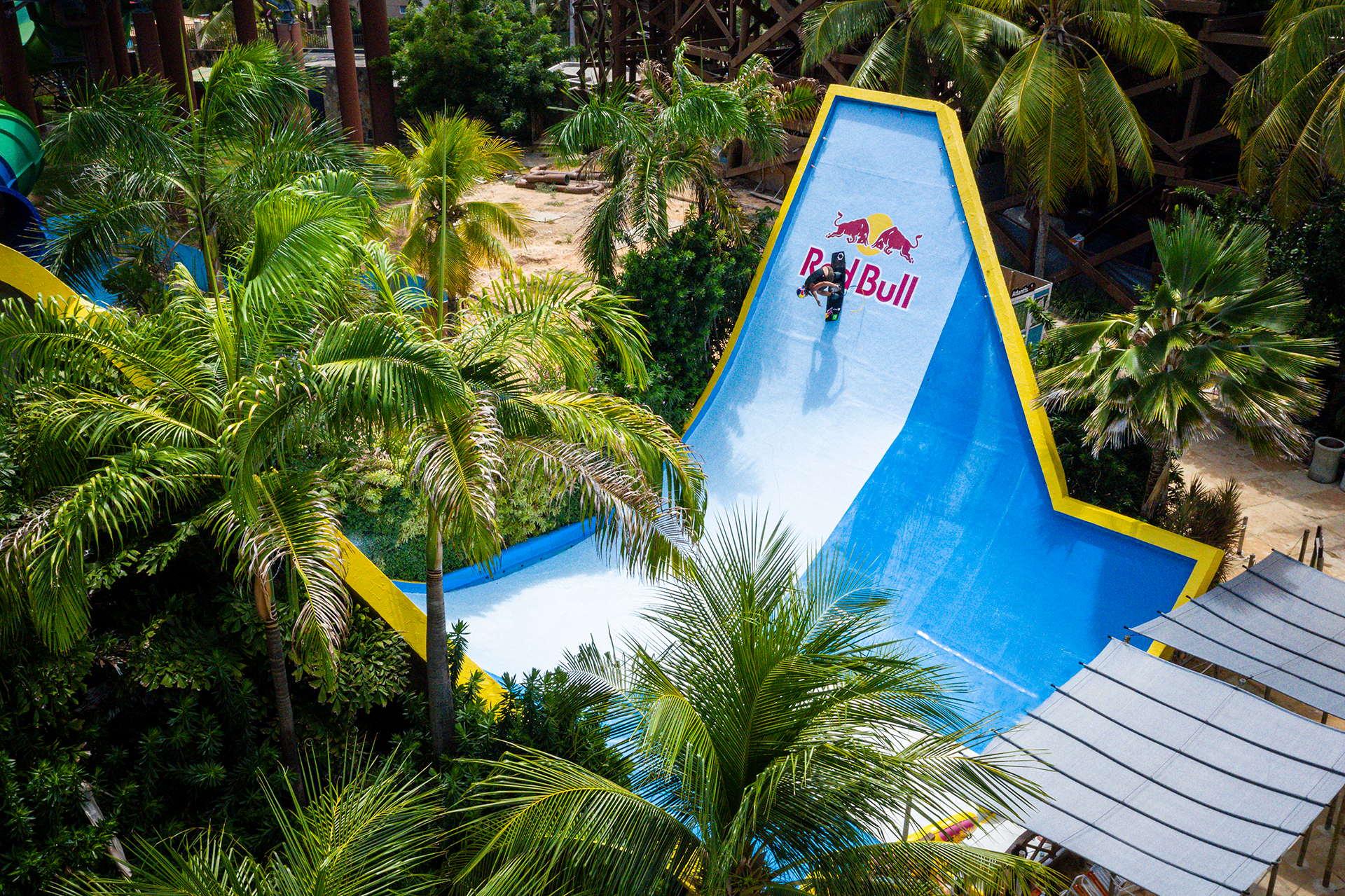 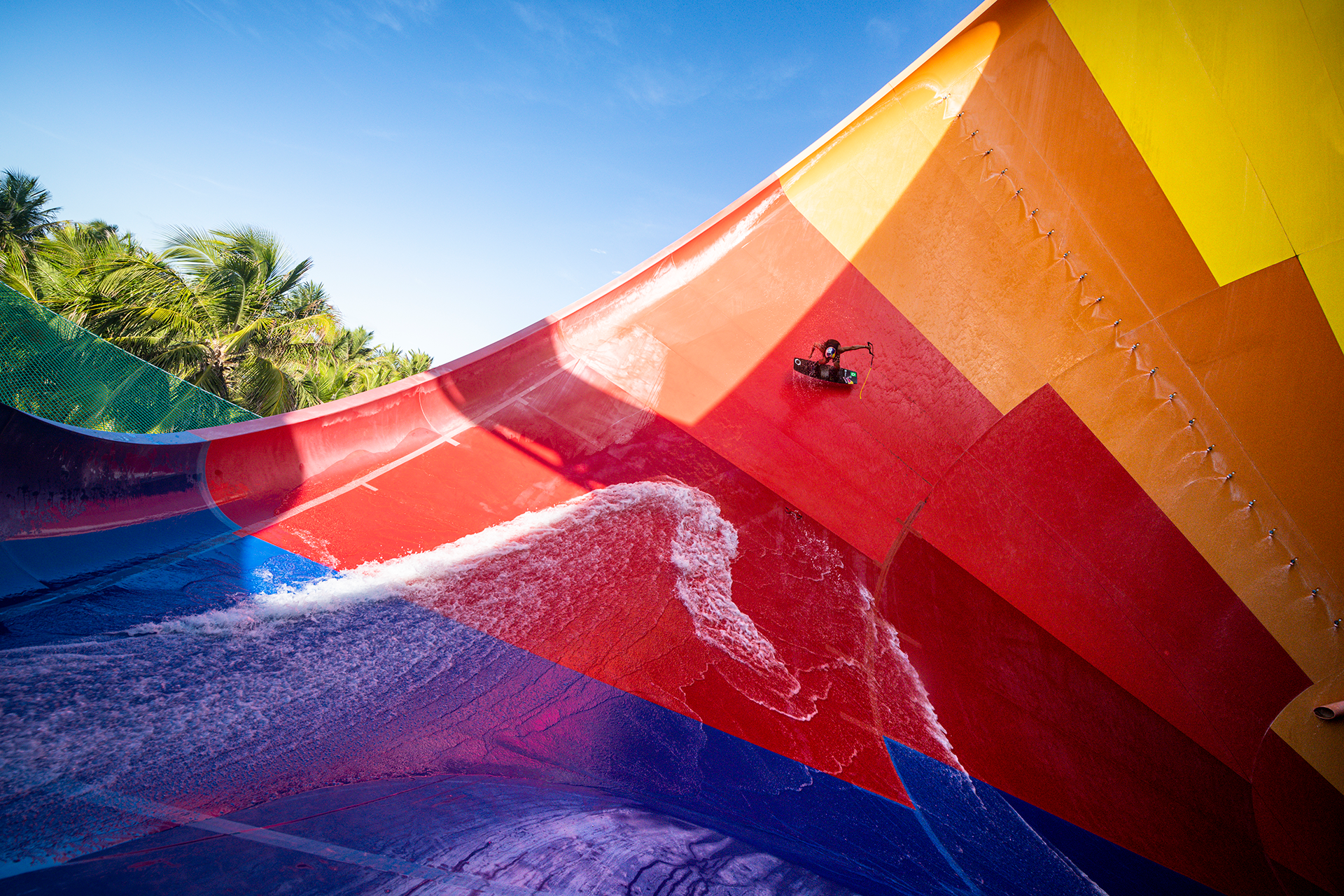 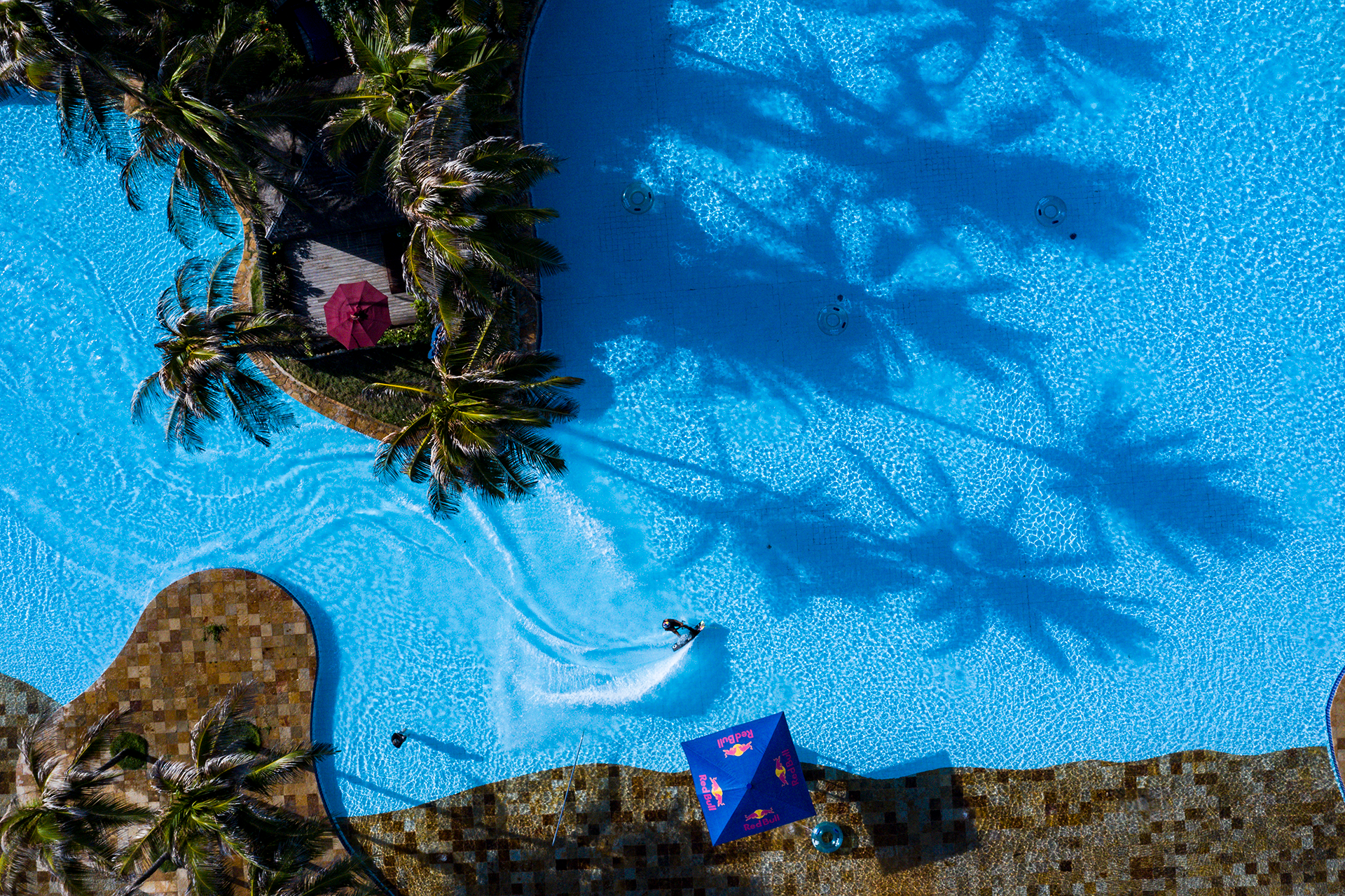 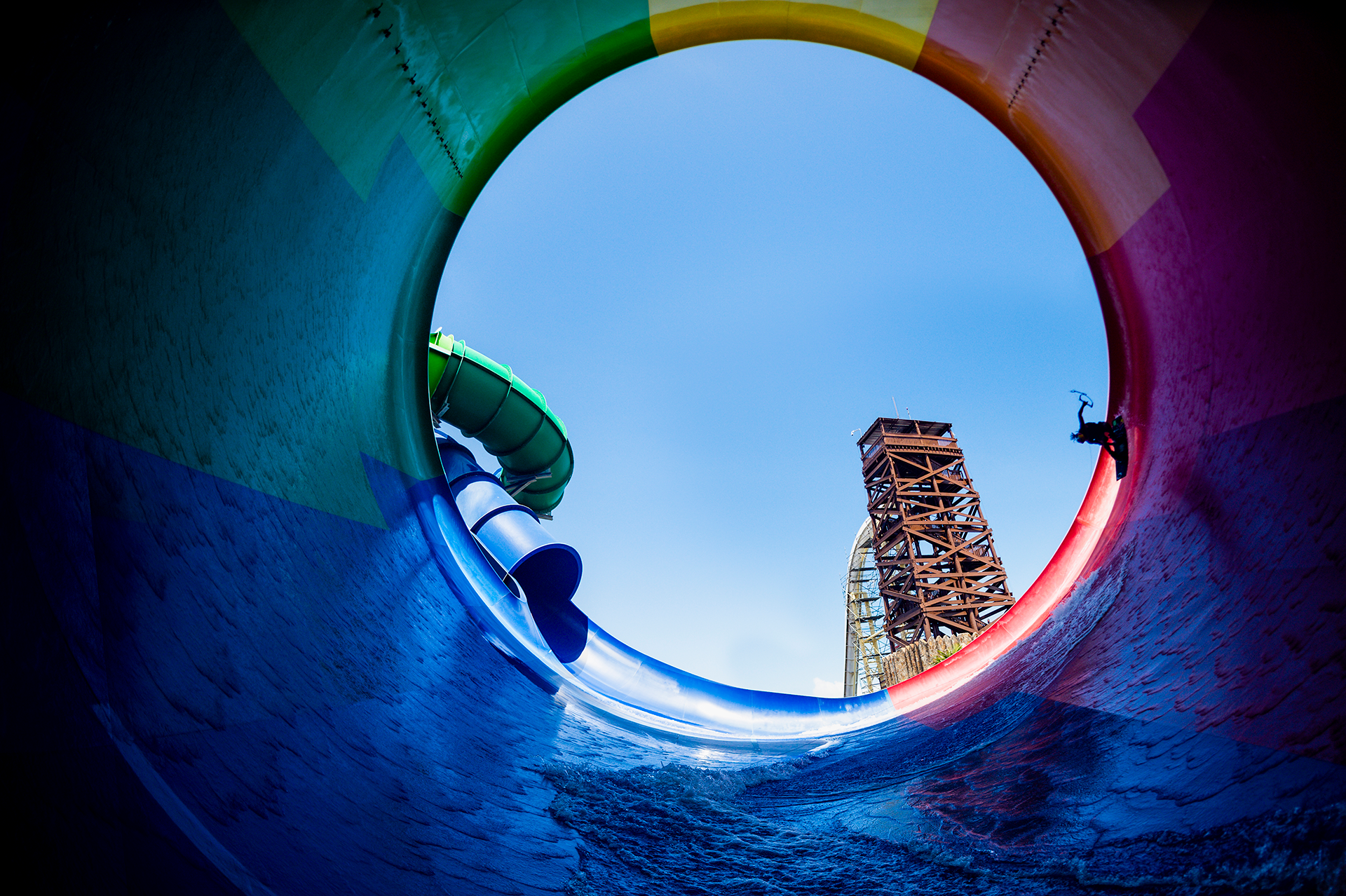 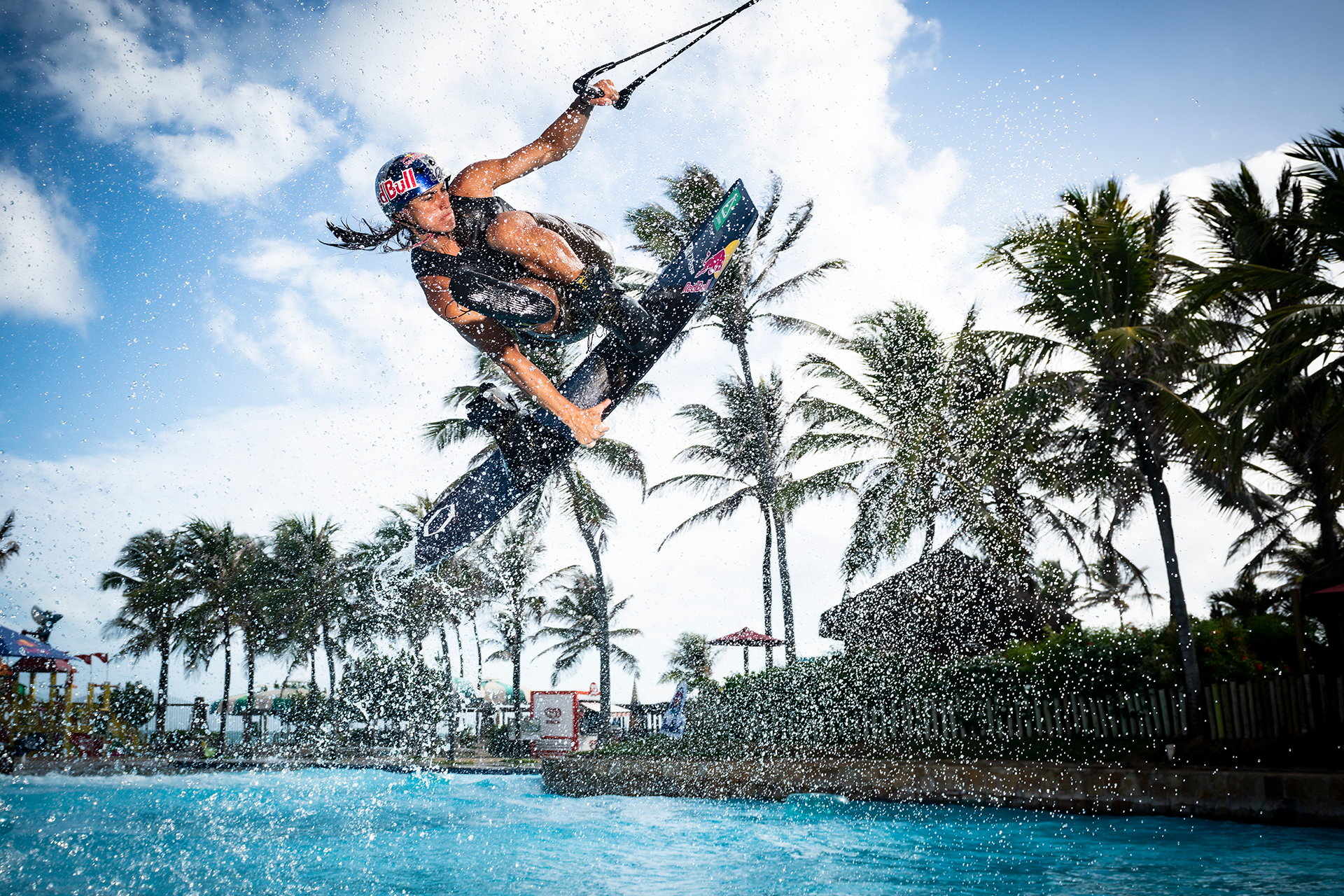 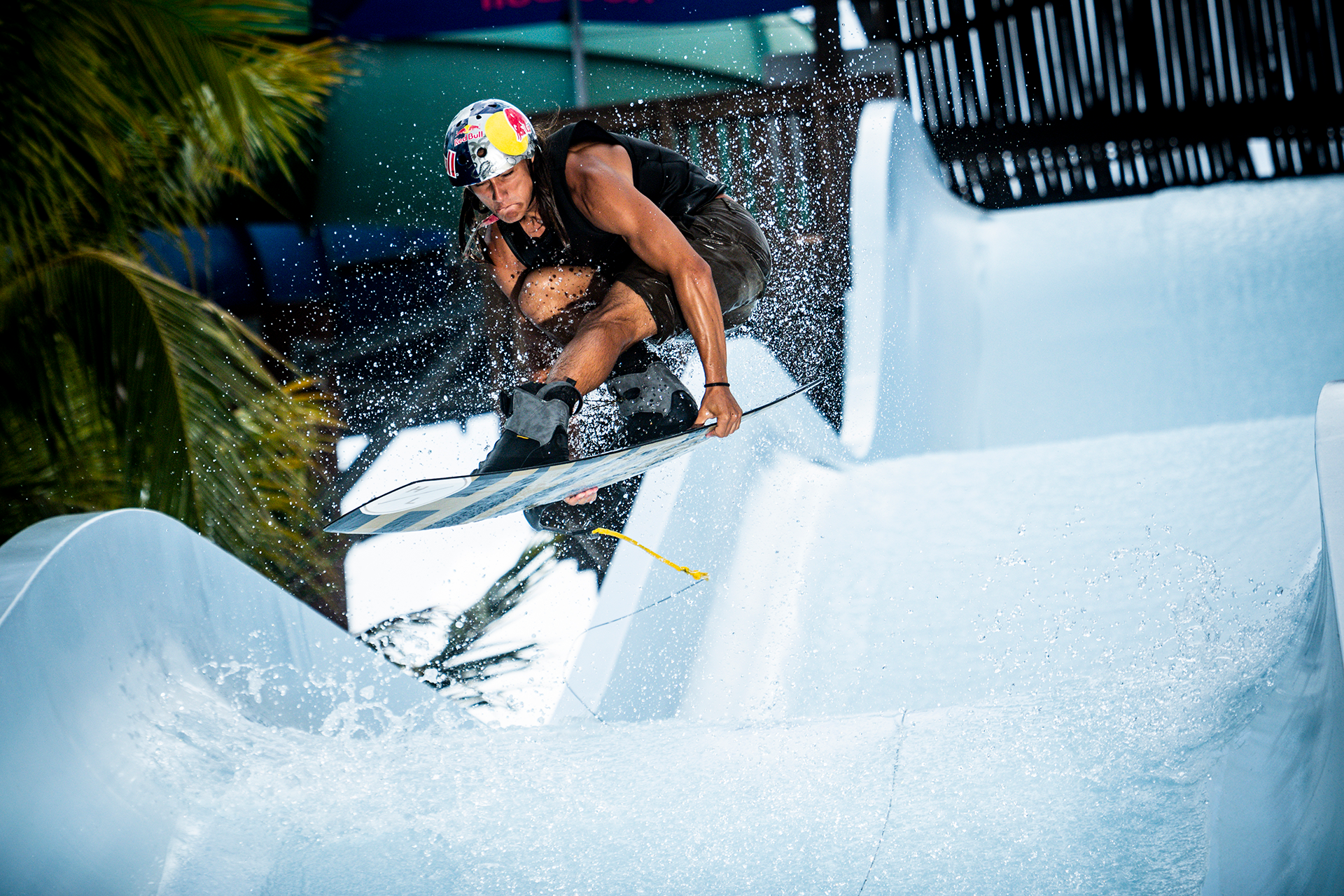 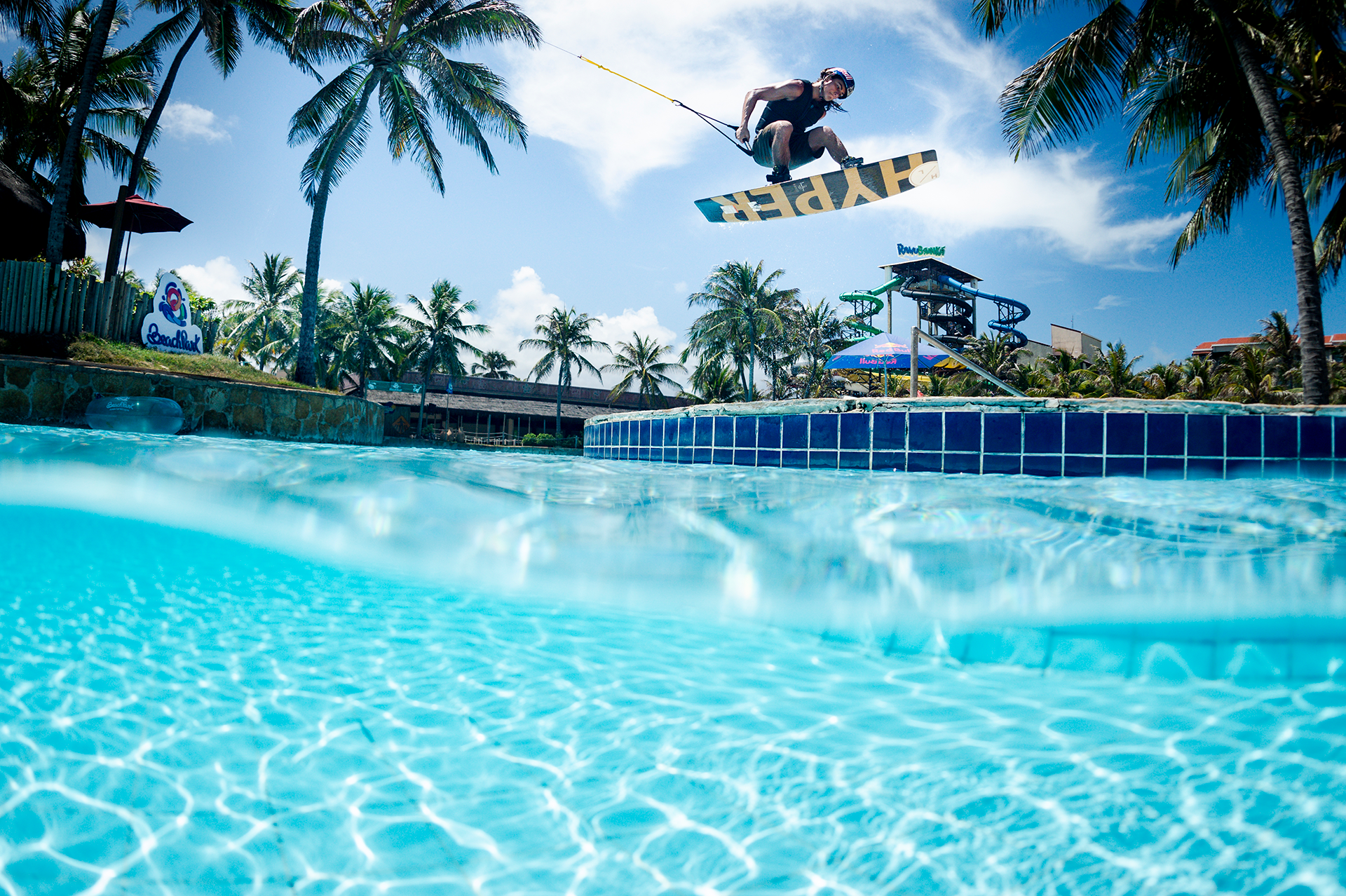