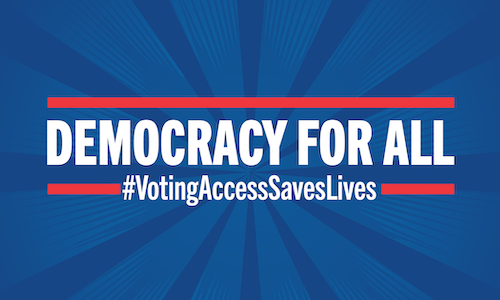 Brady is one of our nation’s oldest and boldest gun violence prevention organizations. Our namesakes, Jim and Sarah Brady, fought tirelessly to pass the Brady Bill, which established the Brady Background Check System for gun sales. While it may seem odd to see Brady, an organization founded to prevent gun violence, work on issues related to our democracy, we firmly believe that we cannot address America’s gun violence epidemic until every American can fairly participate in our democracy. And so, in July 2020, we launched our campaign called #VotingAccessSavesLives alongside March For Our Lives (MFOL) and Team ENOUGH, our youth-led initiative.

For many Americans, the murders of Black Americans like George Floyd, Ahmaud Arbery, and Breonna Taylor reaffirmed that our everyday policies and institutions are entrenched in systemic racism — including our nation’s voting laws. We know that the communities most affected by gun violence — namely Black and Latinx communities — also face the greatest barriers to the ballot box. When communities are disenfranchised, they lose the power to elect lawmakers who will champion their needs — like addressing cycles of gun violence.

Yet even amid a global pandemic that upended how voters typically cast ballots, it was our goal to ensure that all Americans, especially Black and Brown communities who face the brunt of gun violence, have equitable access to the ballot box. We focused on expanding voting access across four broad categories in 15 states ahead of Election Day 2020:

Our traditional and successful in-person get-out-the-vote efforts were cut short due to COVID-19. With the coronavirus quickly spreading, we knew states needed to provide every American with a way to safely and securely cast their ballot. This was a herculean task that many states were ill-equipped or unwilling to tackle, which was worsened with President Trump spreading misinformation about election integrity, direct attacks on the United States Postal Service by Postmaster DeJoy, in addition to known voter suppression tactics. It would take years of organizing, security development, budget, and more to transition from in-person outreach to vote-by-mail outreach, but we had just a few months to pivot virtually.

We divided #VotingAccessSavesLives into two strategic phases: In phase one, we advocated for the removal of barriers to voting in communities. After these policy changes were no longer feasible leading up to Election Day, the campaign would pivot to Phase two: educating communities on how to circumnavigate the remaining barriers to successfully cast a ballot. In all, we prioritized 15 target states with a heavy focus on NV, OH, NJ, MD, MI, VA, CO, and CA — areas where Brady, Team ENOUGH, and MFOL had a grassroots footprint.

During phase one, we recruited a strong group of volunteers from Brady chapters, March For Our Lives, and Team ENOUGH who were willing to achieve our campaign’s goals. With staff oversight, the organizers directly lobbied elected and appointed officials, ran phone and text banks to educate and mobilize voters, and connected our organization’s supporters to elected officials through emails, text-to-calls, and letters. Our webpage also provided helpful state-by-state information and included a new feature: a chatbot to help supporters get active and involved with our campaign.

During phase two, to maximize our advocacy efforts, we started recruiting “Democracy Organizers,” who were new volunteers to Brady. Following an advocacy training session with a Brady grassroots expert, Democracy Organizers would form their own teams in their communities to advocate for voting access specific to their town. We pivoted to a new technology called “Motivote,” which helped us mobilize more Democracy Organizers and everyday advocates to deliver important updates to thousands on how to cast their ballots and ensure their votes were counted. Throughout phases one and two, we mobilized hundreds of advocates, held numerous phonebanks, and drove thousands of messages to key elected officials to expand voting access.

Social media and digital video assets also played a key role in our #VotingAccessSavesLives campaign. We produced our first PSA for #VotingAccessSavesLives in August 2020. In November, Brady and Team ENOUGH Los Angeles worked together to create a “get-out-the-vote” PSA aimed at young voters. Brady partnered with Los Angeles-based artist, Ralph Ziman, and Rendon Media to create PSAs to increase trust in voting-by-mail. Throughout the campaign, Brady’s podcast, “Red, Blue, and Brady,” produced six episodes that covered aspects of our campaign, including episodes 83, 76, 70, 84, 86, and 87. On the 55th anniversary of the Voting Rights Act, members of Congress spoke about why #VotingAccessSavesLives, including the likes of Rep. Lucy McBath, Rep. Beto O'Rourke, Rep. Katie Porter, Sen. Richard Blumenthal, and more (see links).

We had the most success expanding voting access in our priority states, including in:

From a digital standpoint:

#VotingAccessSavesLives prevailed even amid a global pandemic that uprooted our traditional get-out-the-vote efforts. We are proud to have helped more Americans reach the ballot box in the most consequential election of our lifetime — and we’re not done yet. In 2021, you can count on us to be back — hopefully in person — because we know the fight for our democracy is the fight for gun violence prevention. #VotingAccessSavesLives 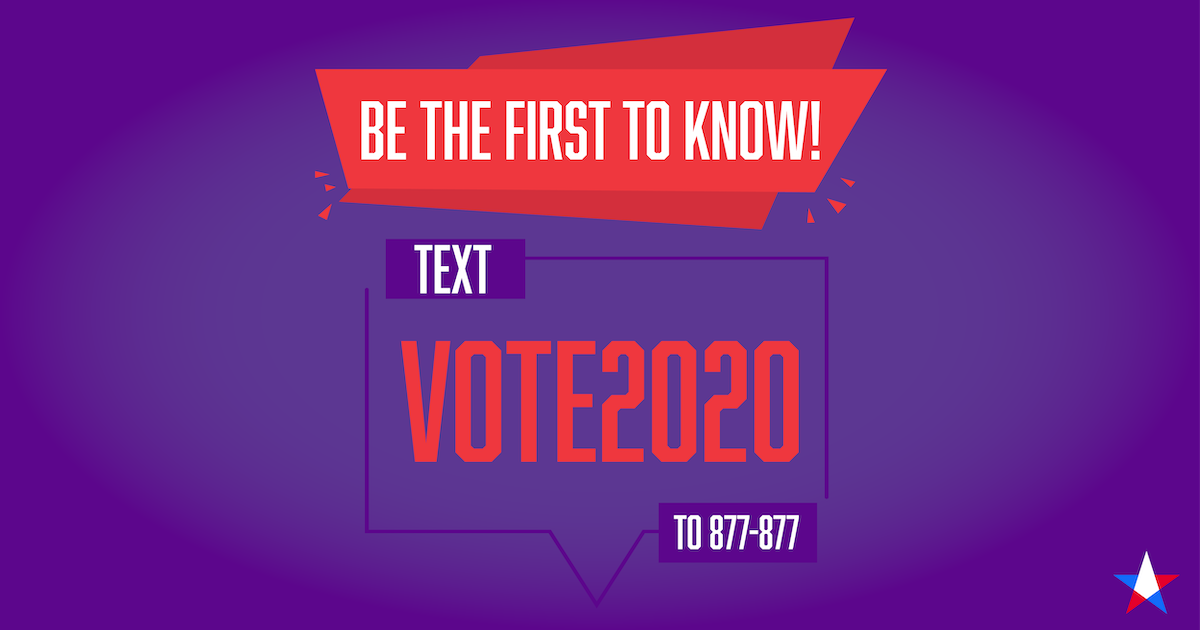 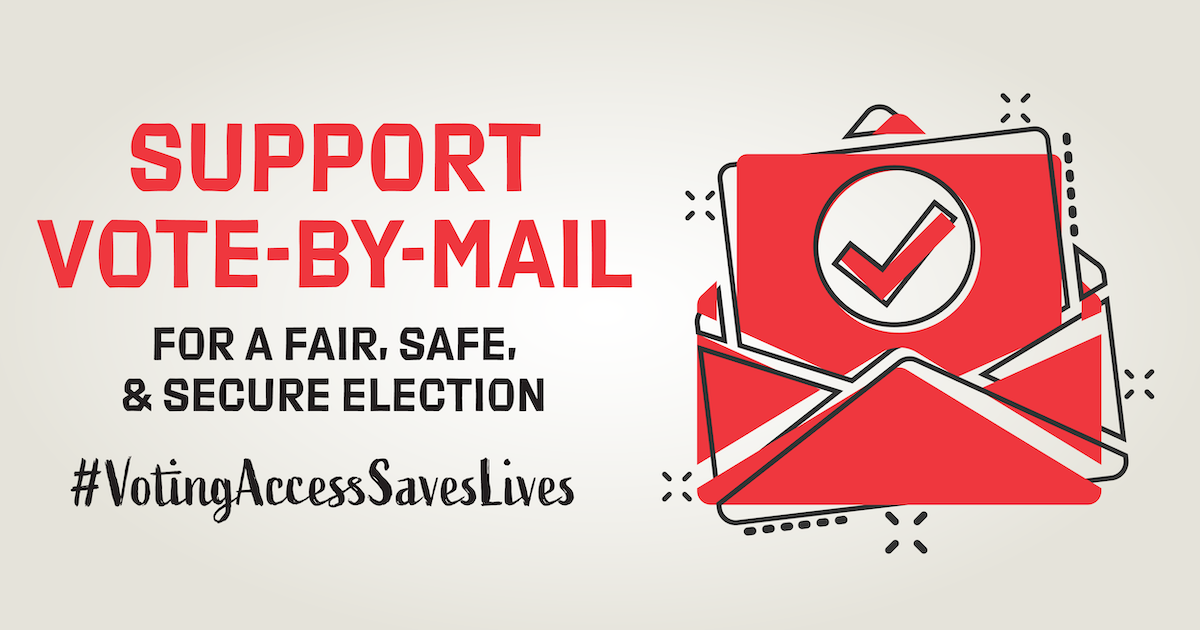 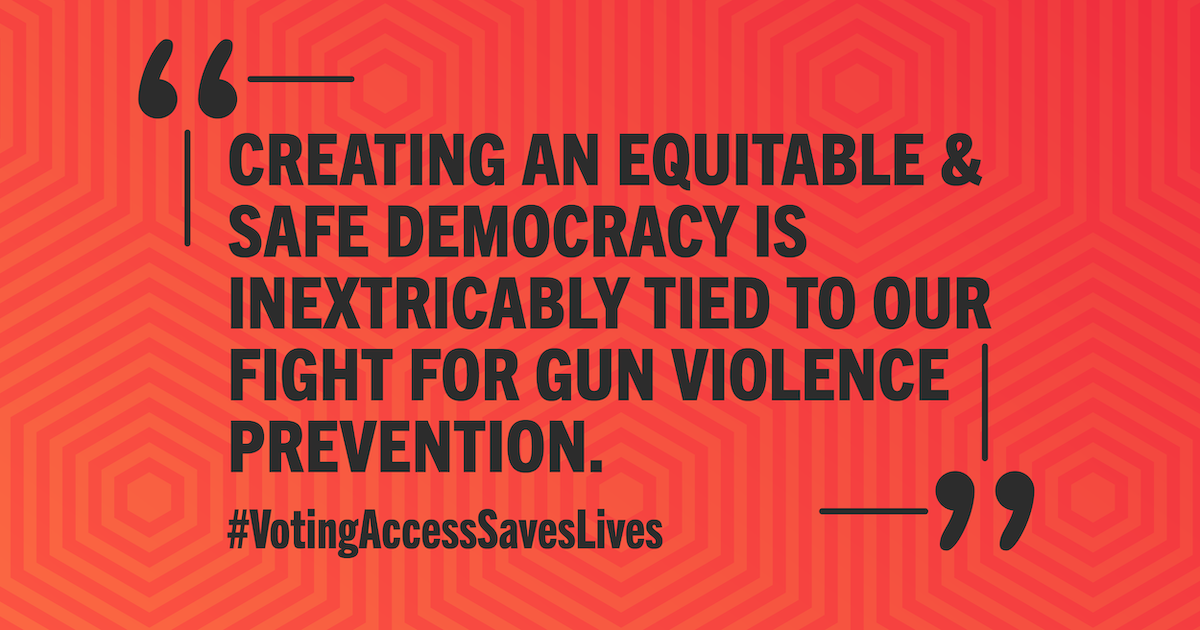 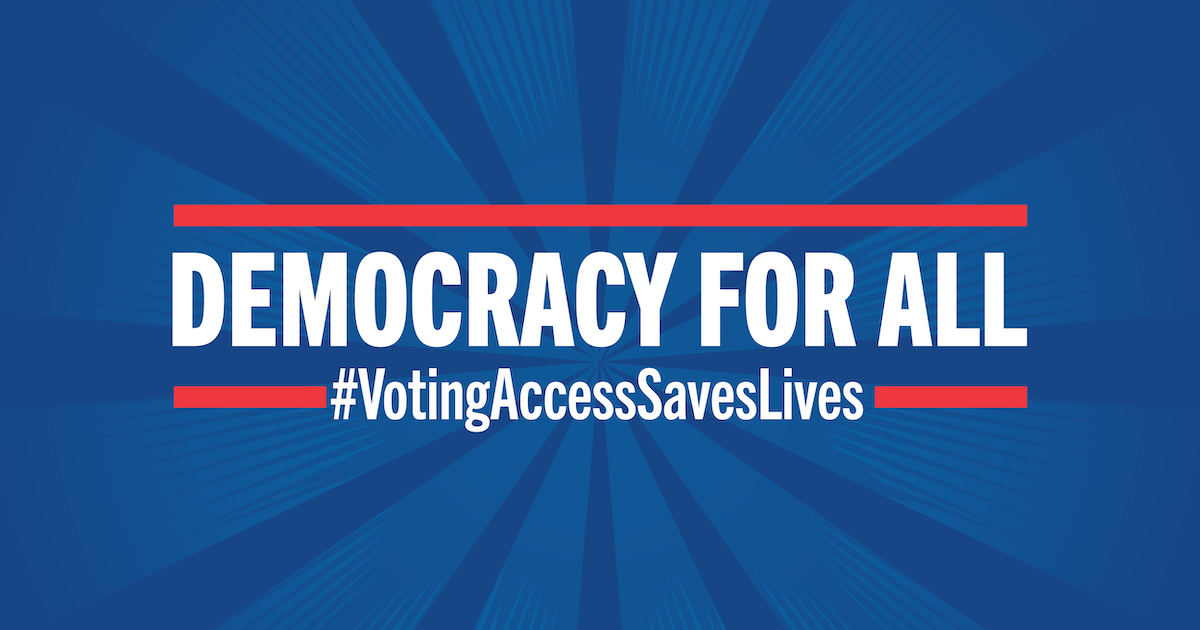 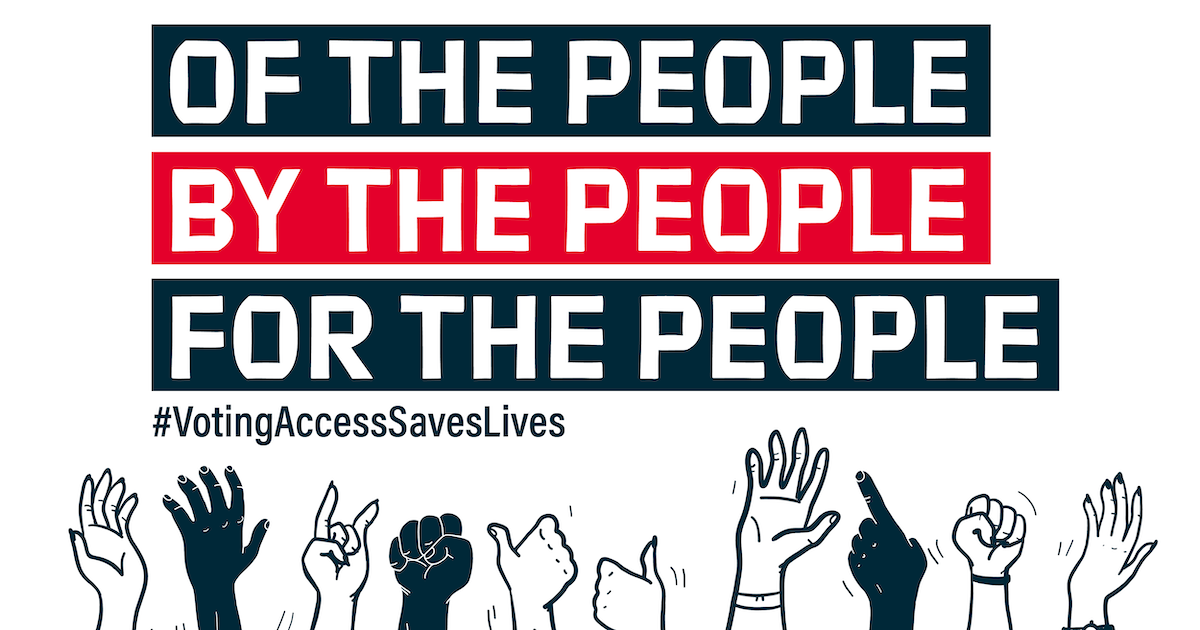 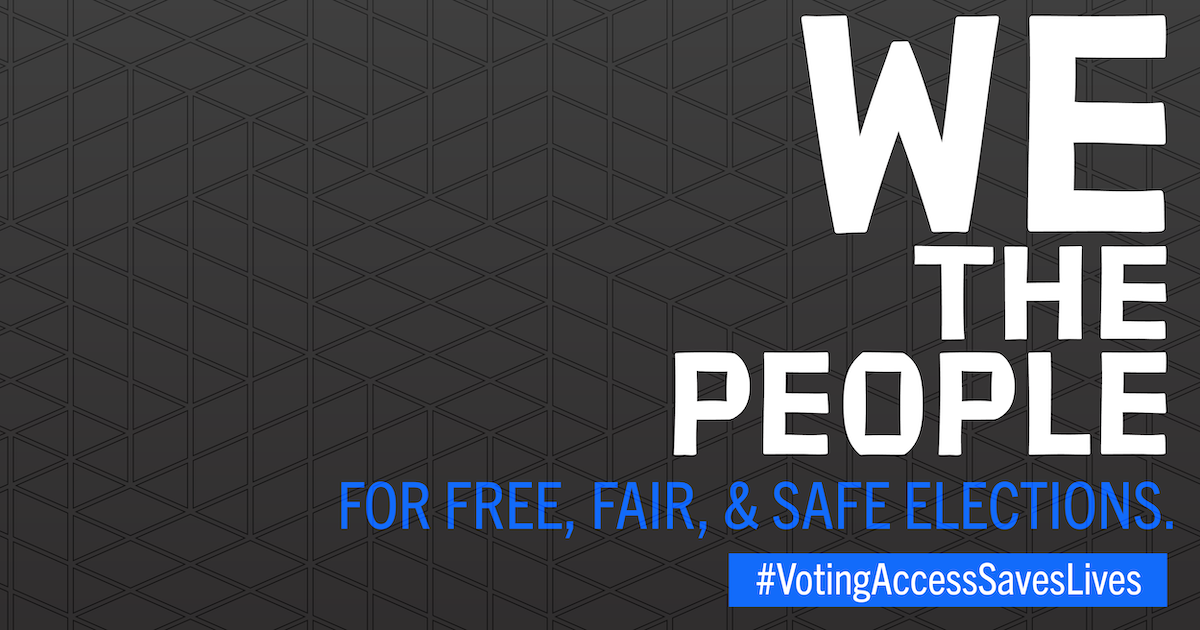 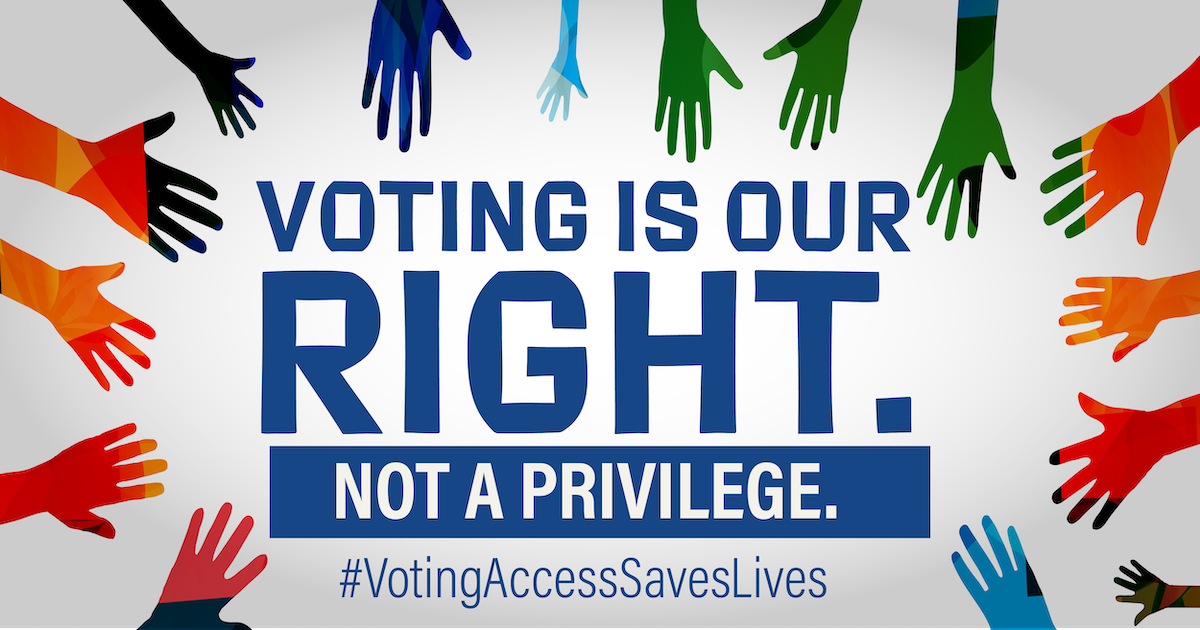 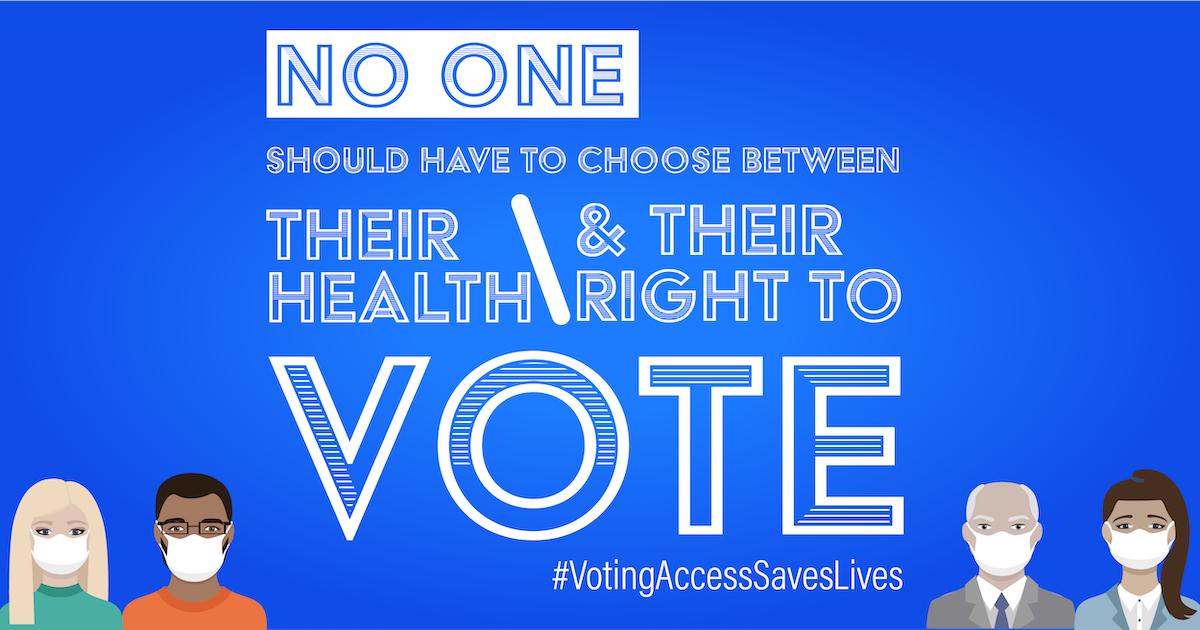 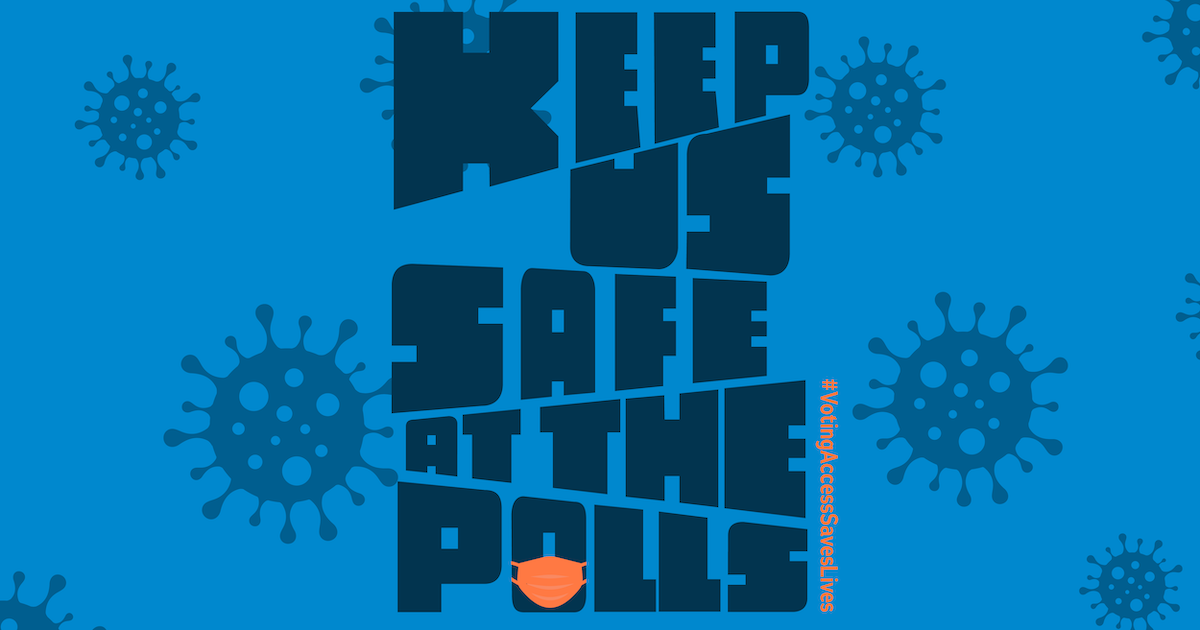 Brady: United Against Gun Violence, Team ENOUGH, and March For Our Lives