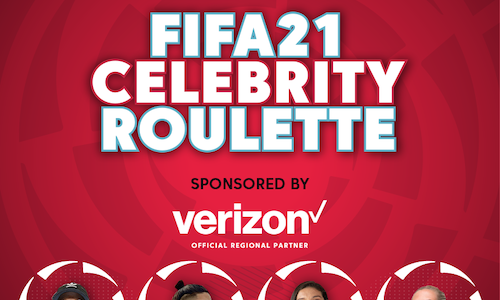 LaLiga and Verizon teamed up this fall to create an eSports campaign tied to the larger eLaLiga Santander Fan Cup - a global FIFA gaming tournament. Leading up to the tournament, LaLiga ideated ways to reward Verizon Up customers through a gaming promotion called FIFA Celebrity Roulette.

The concept offered select Verizon Up customers the chance to play a 1v1 FIFA match against popular gaming influencers and current soccer stars. Winners were selected on a first come first serve basis through a sign up portal on the Verizon Up platform.

The goal of the promotion was to reach a diverse gaming audience through money can’t buy experiences using high-profile influencers while driving awareness for the Verizon Up program. This was achieved by working with a diverse influencer slate and live-streaming the activation across LaLiga and gaming partners’ Twitch. Additionally, winners were tasked to use LaLiga teams in their FIFA match, raising the profile and awareness of the league through the gaming experience.

In order to execute this event, LaLiga and Verizon teamed up with popular eSports and FIFA gamers Castro 1021 and Chad Ochocinco (also a former NFL star), along with well-known women’s soccer players Allie Long (U.S. Women’s National Team) and Norma Palafox (C.D. Guadalajara). The diverse range of talent was able to attract both men’s and women’s soccer fans, along with general market NFL fans and members of the Hispanic American community to participate in the event.

With three event days over the course of one month, LaLiga and Verizon released each event day separately to attract different niche communities within the larger sports fan base to sign up for the chance to play the celebrity of their choosing.

All Verizon Up winners were given a new version of the FIFA 21 game to allow for accessibility among all registered players. On event day, the winners signed on for their 1v1 game against the celebrity of the day. During the match, the winners were featured on camera with the celebrity through Twitch and were able to chat about gaming, soccer, and life while facing off in a LaLiga FIFA match.

The FIFA Celebrity Roulette program was unlike any other promotion happening in the sports industry. The unique access of giving soccer fans virtual one on one access to globally recognized athletes and gamers was a coveted prize among Verizon’s customer base. Each event drove awareness and registration to the next event, building awareness of the promotion over the course of a month.

The FIFA Celebrity Roulette promotion filtered winners into three various event days, offering the chance to face off against one of four influencers. Over the three event days, the activation achieved over 2,600,000 video views with a peak of more than 82,000 thousand people tuning in live to watch the promotion winners face off with the celebrities on Twitch.

LaLiga was able to directly engage with 18 Verizon Up customers over the duration of the promotion, using the livestreams of the winners as ways to drive awareness and future signs ups for the Verizon Up program.  The experience for the promotion winners and reach of the program as a whole met brand objectives and increased LaLiga’s relevance in the larger gaming space. 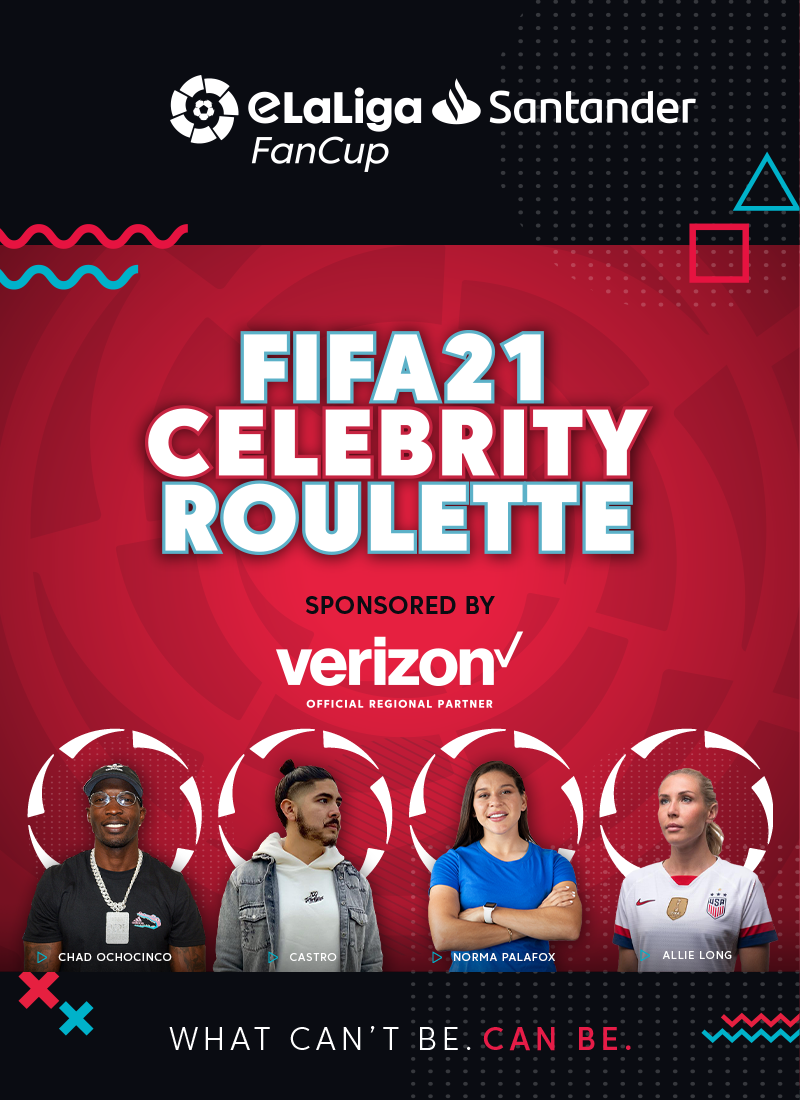