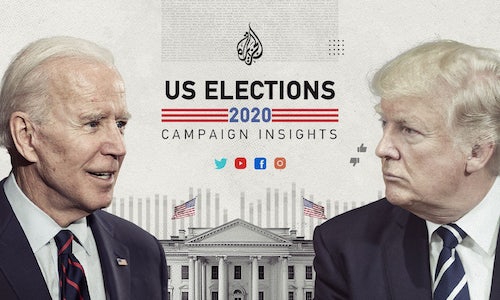 The United States presidential election is an exceptional occurrence that attracts the attention of media outlets around the world. In 2020, Aljazeera Digital Newsroom managed to produce a distinctive and diversified coverage engendering a strategic digital campaign that outperformed the typical TV news materials in terms of interaction and audience reach.

The digital content of this campaign was crafted to target the Arab public with a focused interest on American politics or a general interest in American news, along with the Arab public whose status quo is directly connected to the US election results. The target audience scope included both a primary public constituted of +18 males and females of the Arab world and a secondary public represented in +18 males and females of the United States of America.

The main goals of the 2020 US elections campaign merged between two crucial factors, the editorial accuracy, and the engaging content in order to achieve the following goals:

What distinguishes this campaign is the strategy followed to reach the aforementioned goals that have been set in a way that combines Education, Entertainment, and Engagement (The 3 Es). The editorial team produced diversified content that transformed the overwhelming typical TV news version to original digital content tailored for the users of social media platforms.

These digital products of the US elections have been highly consumed and requested thanks to the proper coordination between the TV newsroom and the digital newsroom which resulted in a rich and informative news material that generated a considerable audience engagement on the digital platforms. Another specificity of this campaign lies in the diversity of the topics discussed and the distinctive templates of its digital products. Instead of promoting purely political coverage, the purpose was to balance between the 3 Es and raise the awareness needed about the cultural and social angles of the American status quo. The following are examples that illustrate the type of digital products adopted in the campaign:

The content strategy timeline that was developed to introduce this campaign to the audience highlighted four phases:

The 2020 US Elections campaign held by Aljazeera was very successful as portrayed in the performance reports and the results of this project. Al Jazeera's coverage of the elections on its digital platforms was marked by a diversity in its products that were strategically implemented and shared according to a specific plan.

During the four stages of this digital campaign, it was clear that the audience response and engagement across the social media platforms of Aljazeera demonstrates the predominance of its coverage in the Arab media scene.

Despite the aggressive TV coverage of the channel which broadcasted more than 600 TV news reports and live broadcasts, the choice of the digital media came in the light of a strategy that aims to produce interactive news content in an engaging and attractive digital format.

In line with this aim, Al Jazeera Coverage reached the following engagement figures:

The results achieved during this campaign put Aljazeera at the top of the digital media outlets in the Arab world.

Video for 2020 US Elections Multi-Platform Campaign 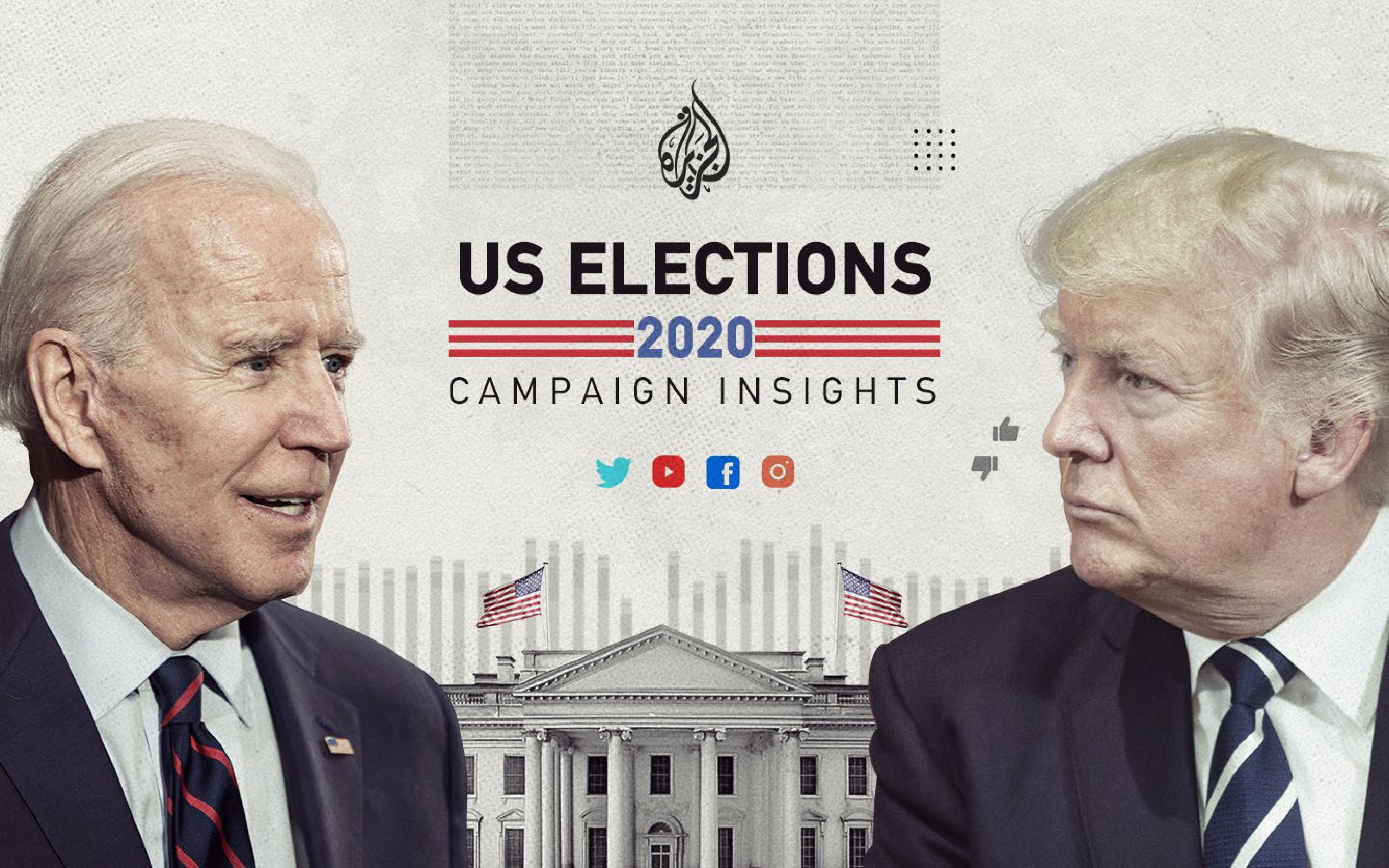 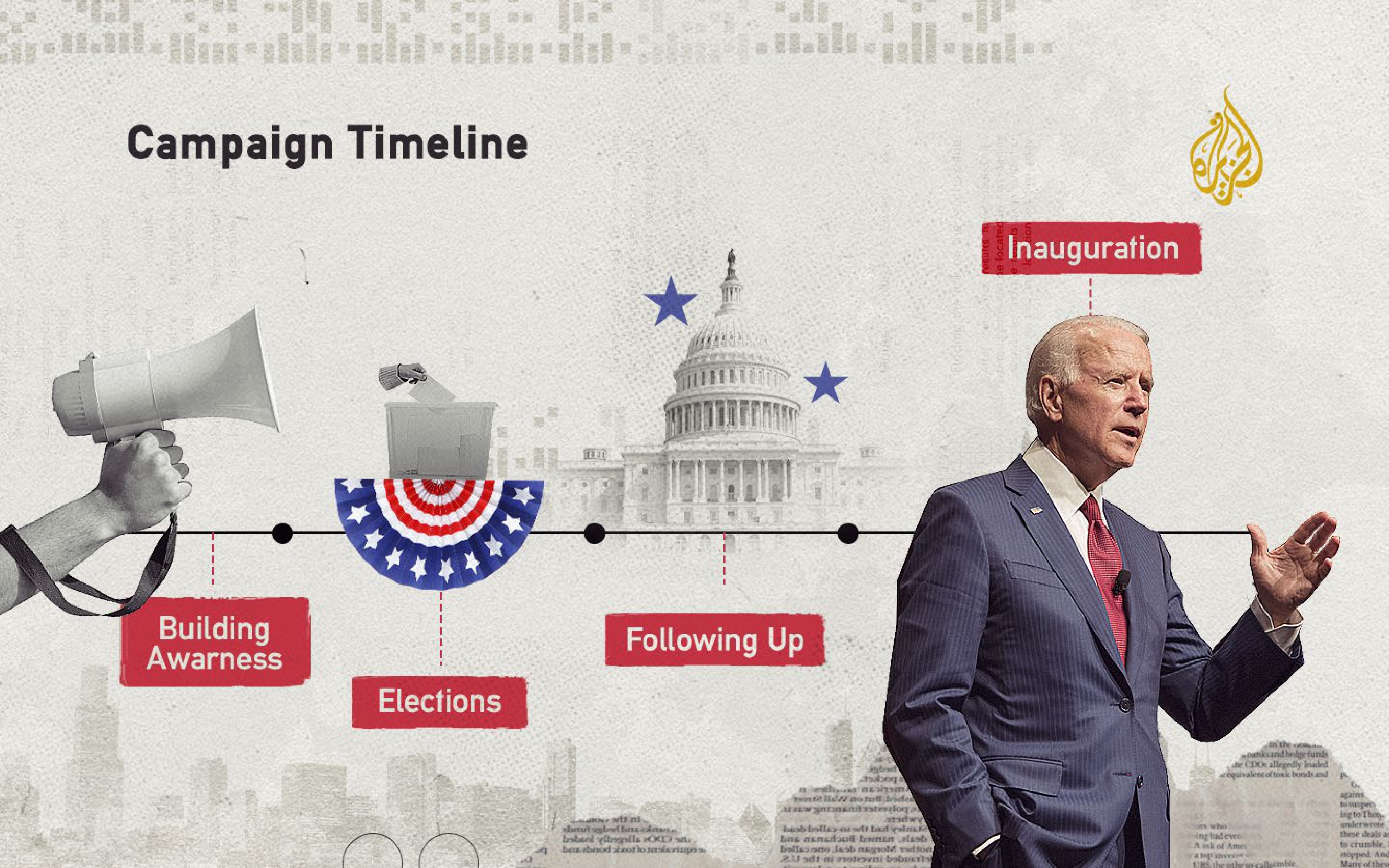 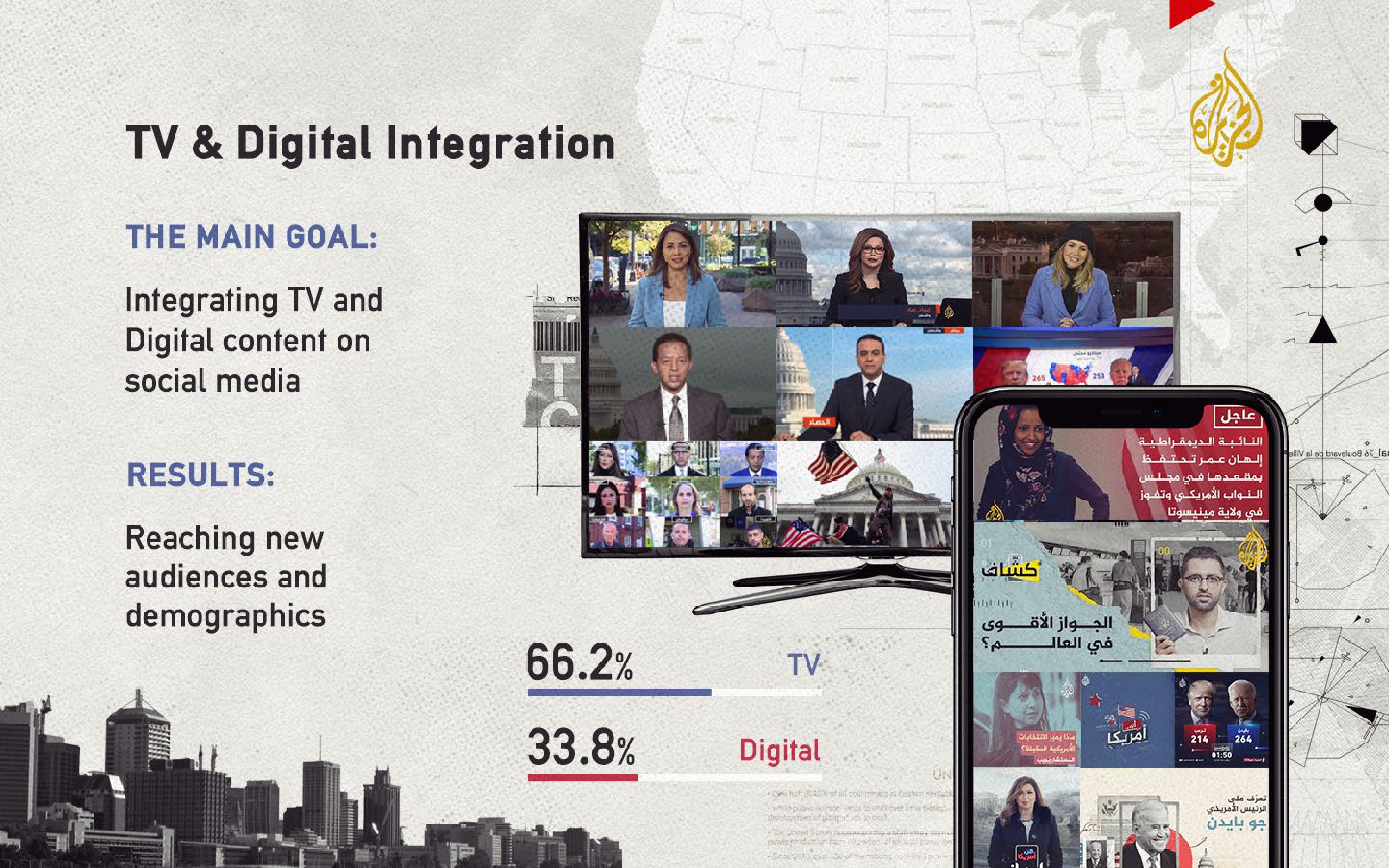 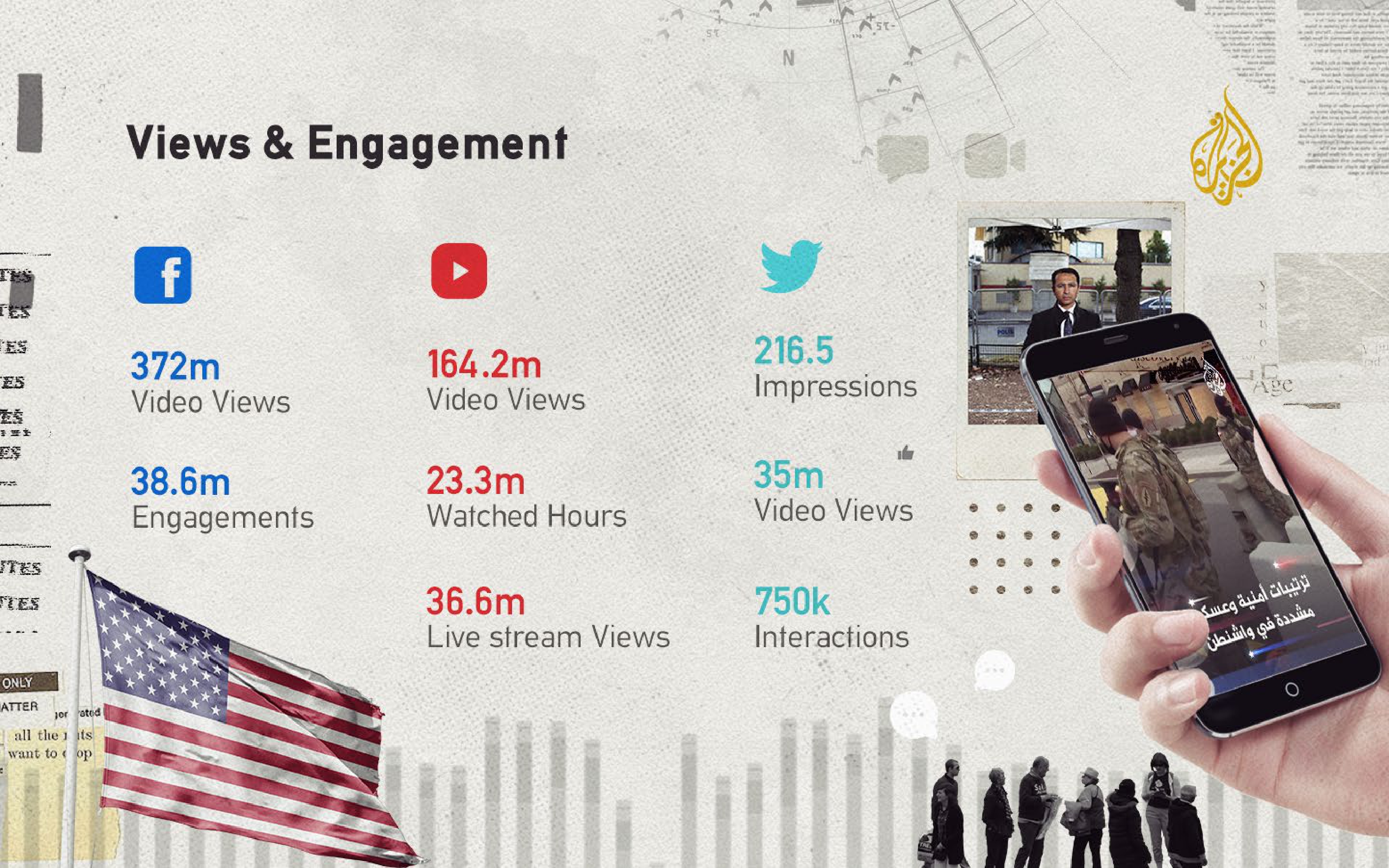