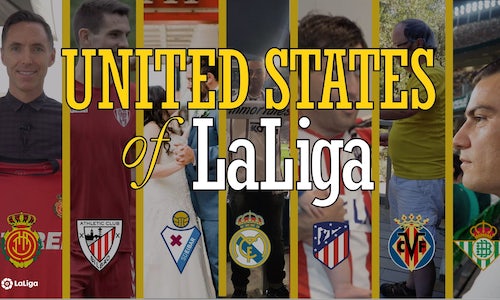 Based in Spain, LaLiga has been working to build its relationship with the American fan base over the past several years. With the launch of LaLiga North America in 2018, LaLiga doubled down on the U.S. market through the creation of a team dedicated specifically to connecting with American soccer fans. In doing so, LaLiga started connecting with a multitude of long-standing fans who had followed Spanish soccer long before the league ever had a physical presence in the U.S.

To honor these fans and celebrate an audience that existed long before the creation of LaLiga North America, LaLiga created ‘United States of LaLiga’ a premium content series that explores the unique connections that tie Amerians to LaLiga clubs. Over the course of a year, LaLiga traveled across the country from Murphys, California to Boise, Idaho to Alexandria, Virginia and beyond to meet these fans and hear their stories. Telling the stories of a diverse set of fans, LaLiga dove into the question of what drives fandom whether it be familial, cultural, loss, or happenstance.

In creating the series, LaLiga aimed to shine a light on the thriving population of LaLiga fans that have existed in the U.S. for generations and celebrate new fans that are stumbling upon the sport with a budding passion for the league. In telling these stories, LaLiga also aimed to educate the next generation of American soccer fans on the history, quirks, and stories behind some of LaLiga’s oldest and most decorated clubs.

Soccer’s growth in the U.S. is undeniable. As more European soccer leagues have tried to grow in the States over the past few years, they’ve looked to new and old fans to build their audience. In doing this, few have told the stories of their American fans. LaLiga set out to do things differently, creating a seven episode series with stories ranging from eight to 28 minutes featuring different fans and fan bases across the U.S.

In planning production for ‘United States of LaLiga’, LaLiga worked to ensure a balance in representation of both globally recognized clubs (like Real Madrid and Atlético de Madrid) and lesser known, but equally historic clubs (like RCD Mallorca and Athletic Club). Featured fans came from a mix of big and small cities including unsurprising soccer hubs like Los Angeles and NYC along with lesser known soccer hot spots like Boise, Idaho and Alexandria, Virginia.

LaLiga used this series not only as a way to celebrate its diverse American fan base, but also to educate new fans on the stories behind LaLiga’s historic clubs. One episode, for example, focuses on the connection that Boise, Idaho has to Spain’s Basque Country due to a history of migration that spans over a century. Soccer culture - and a passion for LaLiga’s Athletic Club - is deeply ingrained in Boise’s large and thriving Basque community. Through the lens of Ander Egiluz, a rising soccer star with roots in both Boise and Bilbao, LaLiga explored not only the subject of Basque diaspora but also Athletic Club’s unique tradition of only fielding Basque players and their remarkable performance as a result. A mix between a history lesson and a story of a young boy with the goal of playing for his boyhood team - Athletic Club - the episode and series as a whole is able to appeal to an audience with a diverse set of interests.

In creating the series, LaLiga also looked to notable American sports figures, including NBA legend Steve Nash and former USMNT player Stu Holden, who are part owners of LaLiga’s RCD Mallorca, to capture the attention of fans from other sports. Leveraging these two icons, LaLiga followed the tumultuous journey of Mallorca through the upper and lower divisions of Spanish soccer, getting fans invested in the underdog team and their fight to the top.

The five other stories in the series tie into themes of love, immigration, and inherited fandom that is passed down from generation to generation within one’s family.

No other foreign soccer league is getting to know their audience at such a deep level nor telling their fans’ stories in such a meaningful way. Released both in the U.S. and globally, ‘United States of LaLiga’ fights the long-held myth that the U.S. doesn’t have a soccer culture. Through a complex collection of stories, LaLiga explores the meaning of fandom and the dedication of Americans to stay connected to their favorite team playing thousands of miles away.

The seven-part ‘United States of LaLiga’ series was a global success. Since its release in November 2020, the series has achieved over 4,500,000 impressions and 596,000 video views on LaLiga’s owned and operated social platforms. Individual episodes from the series were picked up and aired by LaLiga’s broadcasters around the world and shared by individual clubs as well. Additionally, in the U.S., LaLiga was able to monetize this content in the U.S. by selling the exclusive rights to the series to the OTT platform Fanatiz. There was media coverage of the series in both the U.S. and Spain, which generated more exposure to the series and the unique stories within it. LaLiga is continuing to promote individual episodes tied to relevant moments on the LaLiga calendar, which will continue to drive the metrics higher in the coming months.

Video for United States of LaLiga 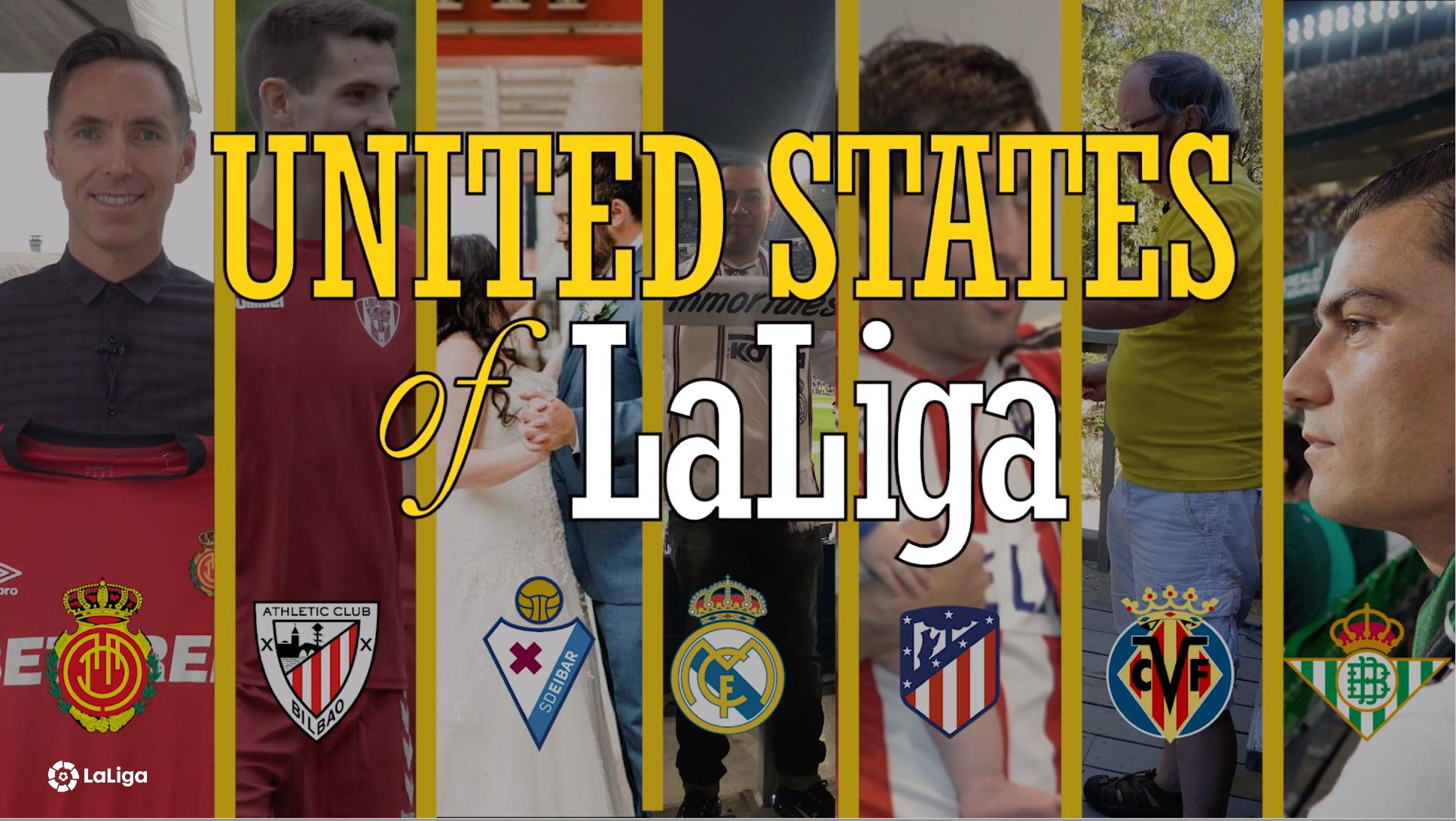 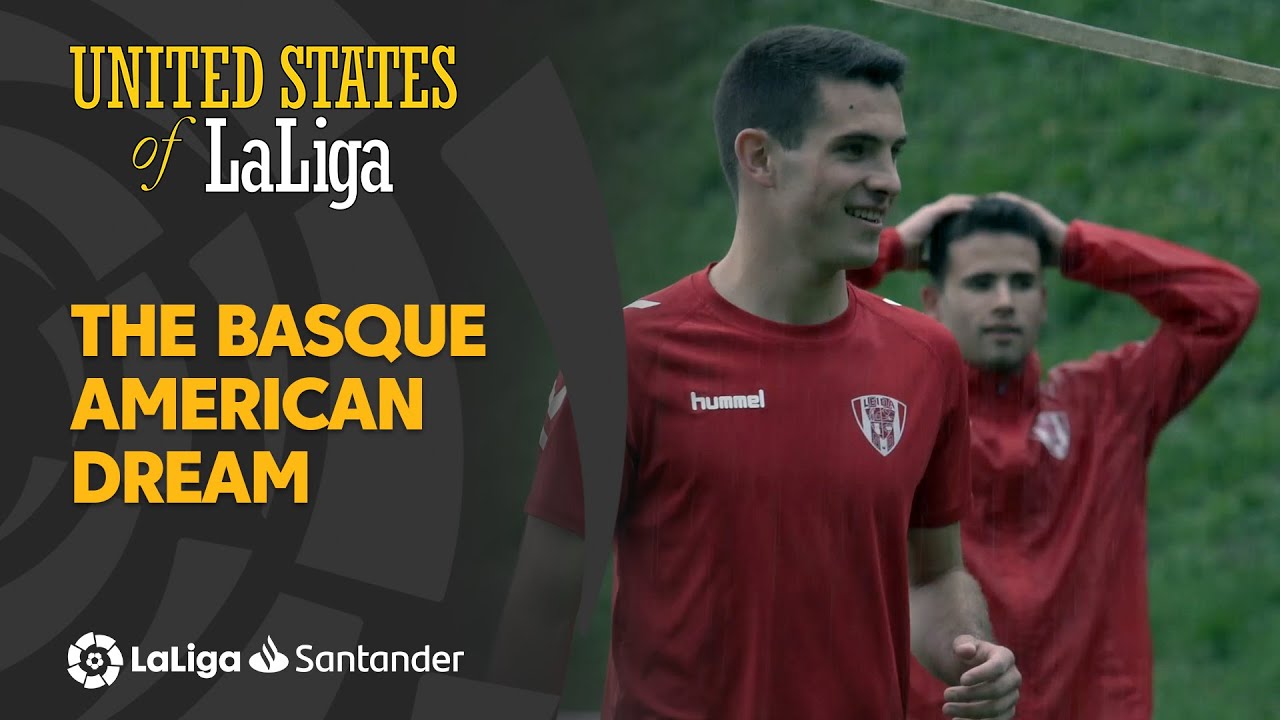 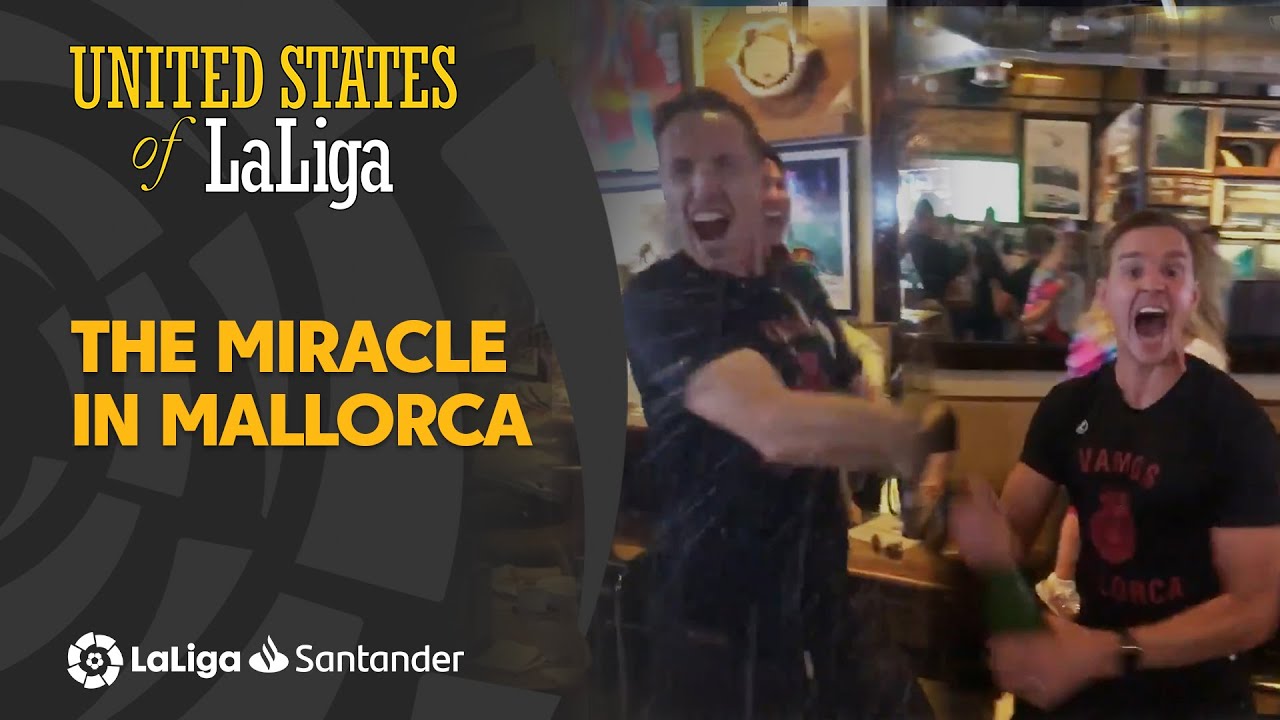 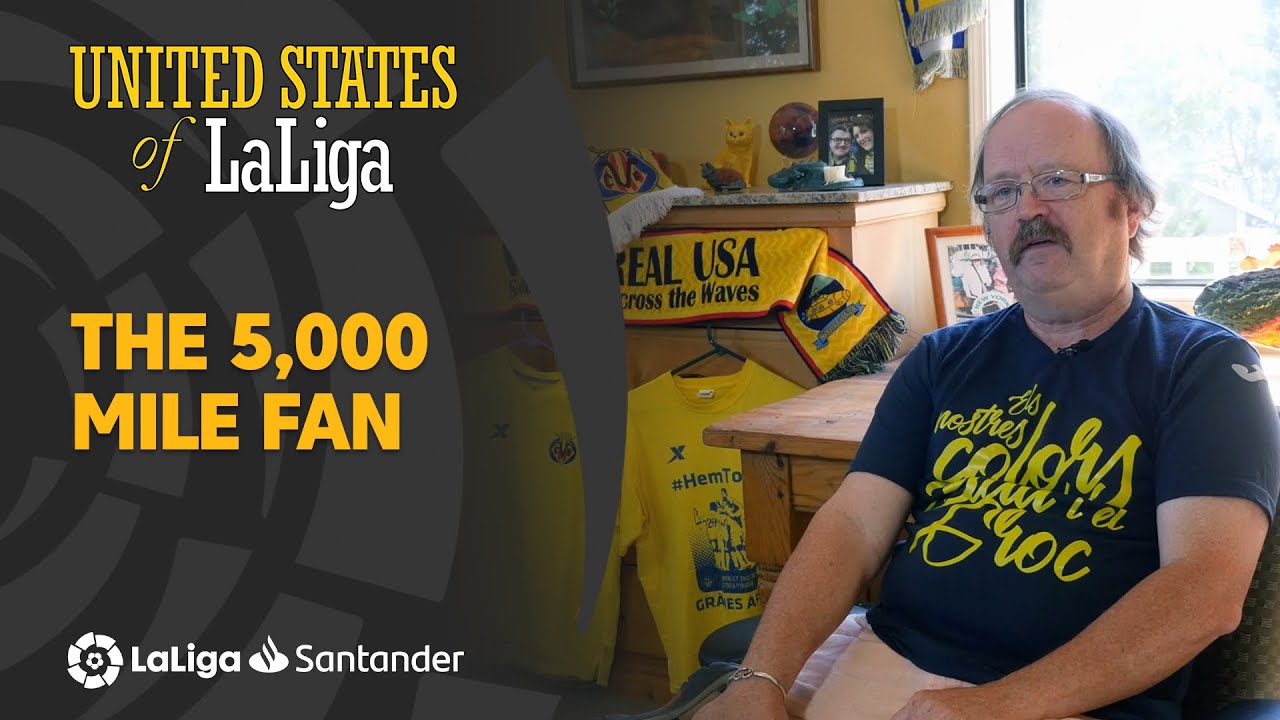 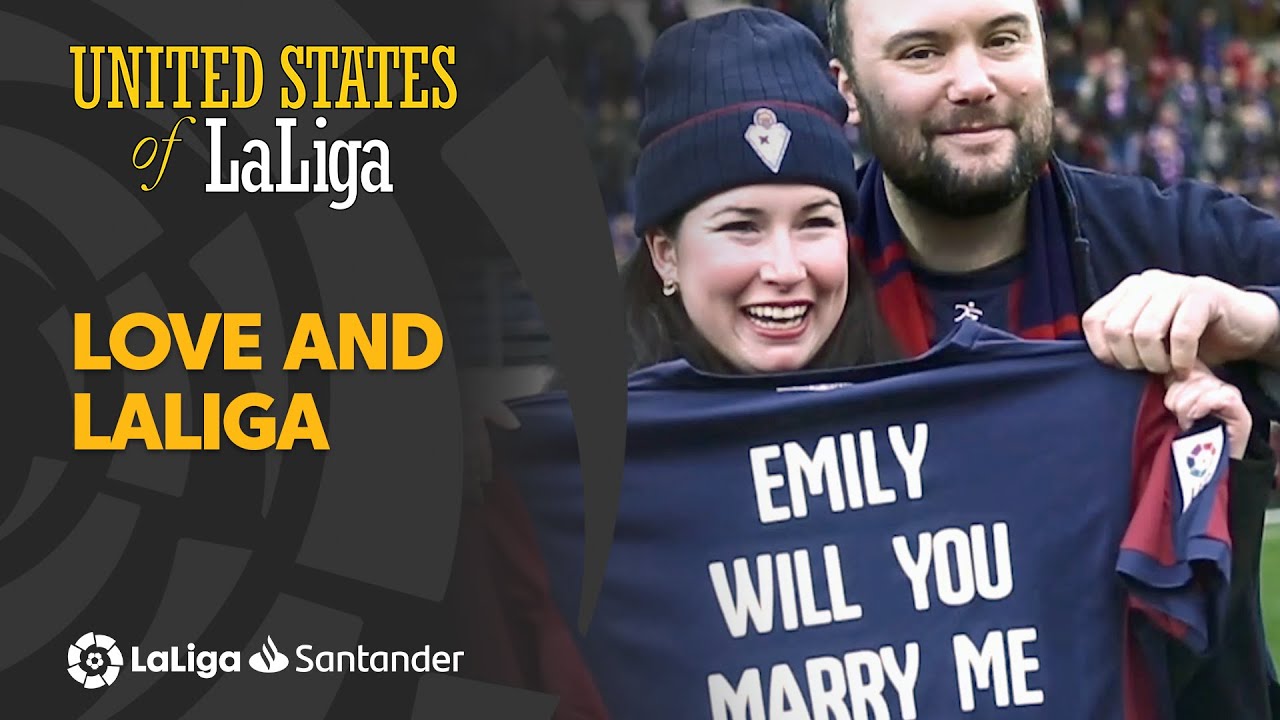