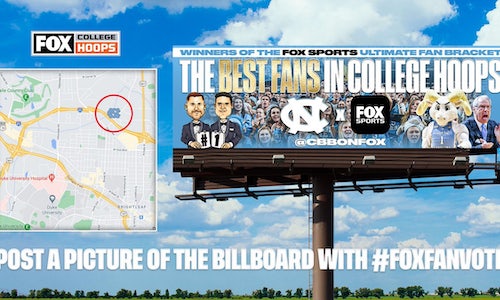 With “March Madness” – the 2020 NCAA Men’s Basketball Tournament – canceled due to the COVID-19 pandemic, FOX Sports harnessed the unbridled enthusiasm fans have for their NCAA teams and created its own version of the tournament with the “Ultimate Fan Bracket.” The contest determined the best fan base in college hoops, with fans voting via Twitter.

True to the NCAA Men’s Basketball Tournament Selection Show, FOX Sports digital produced a similar broadcast to air on television on FS1, hosted by Mark Titus and Tate Frazier. There the duo unveiled the bracket and described the criteria for seeding and how fans could vote. Most importantly, Titus and Tate revealed the trophy to be given out to the champion of the 68-team tournament – a billboard near their rival school’s campus proclaiming them the best fanbase in college basketball.

Each matchup in the bracket featured its own Twitter poll, where fans participated in making their voice heard and sharing with their friends. Shoulder content was produced for FOX Sports’ other social platforms to increase engagement and awareness.

After 3 weeks, 2.3 million votes cast and over 100 players and schools weighing in, the University of North Carolina was crowned the best fanbase in college basketball. Those totals and new heights in engagement were achieved through a meticulous strategy that involved direct messaging schools. An impressive 51 out of the 68 schools who were placed in the bracket engaged with our content.

The billboard went up in January off of 1-85 near the Duke University campus in Durham, NC. 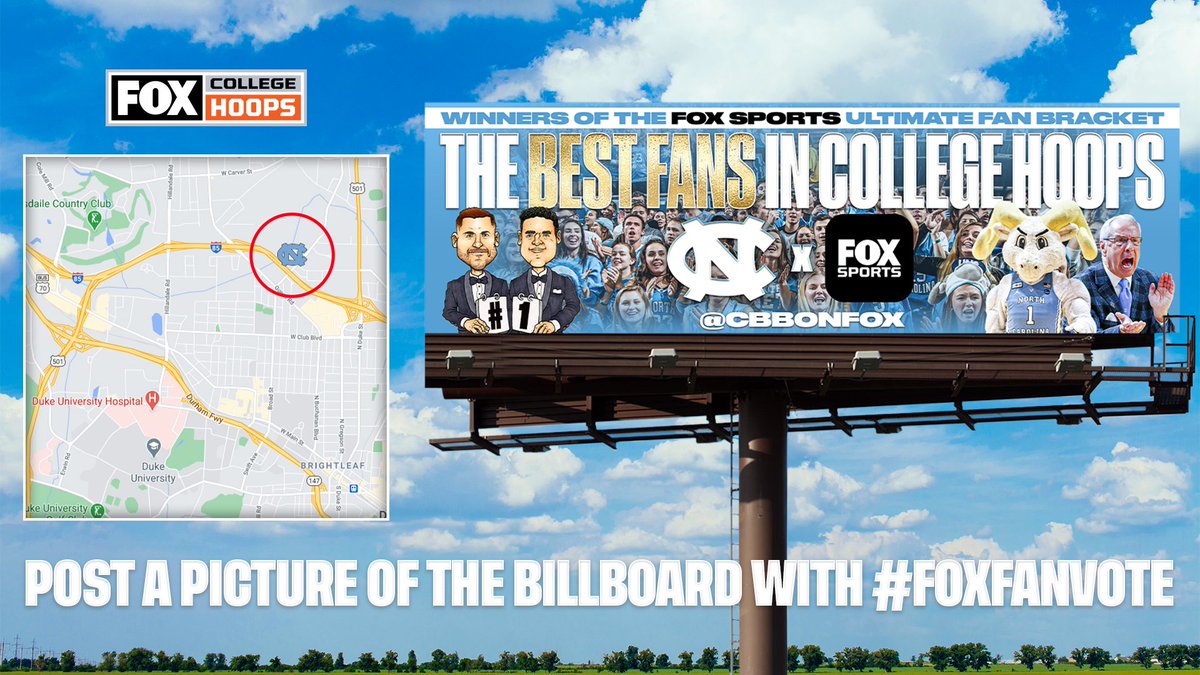