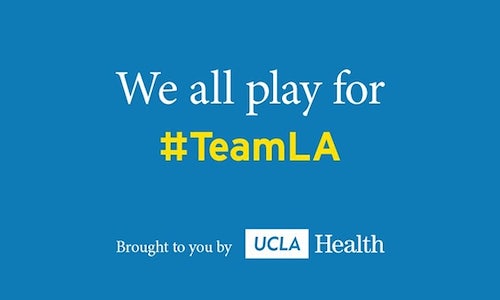 In order to beat COVID-19, Los Angeles needs to utilize its greatest resource, its people. As Southern California’s primary medical institute, UCLA Health took it upon itself to bridge the quarantined community to #TeamLA. From the workers who keep the city up and running, to the families at the city’s heart, and the youths that will take it into the future, that is #TeamLA, Angelenos.

UCLA Health created a new type of musical therapy through social media that allows the world to dance, enjoy music together, all while keeping their social distance. The campaign itself showed the world that Los Angeles remains strong, passionate, and as united as ever.

As the #TeamLA movement gained incredible traction across social media platforms, with celebrities such as LeBron James, Kim Kardashian and Courteney Cox who actively engaged in the campaign. UCLA Health aimed to take it a step further to fully involve the LA community and beyond.

Inspired by the idea of musical therapy, UCLA Health chose TikTok. The trendy video sharing social platform is a hub for music-themed content as well as short dance, lip-syncing, and talent videos, making it the perfect platform for the #TeamLA campaign.

Given the objectives of the campaign and uniqueness of the platform, we decided to collaborate with TikTok micro-influencers who are more relatable to the audience.

By leveraging the collaboration with micro-influencers on TikTok, UCLA Health is able to build connections with the target audience, inspire optimism, encourage unity, and leave a positive impact on the people of Los Angeles through the campaign.

The two songs that represented the #TeamLA campaign were popular on TikTok, “Intentions” by Justin Bieber and “Happy” by Pharrell Williams. We had creators make the songs memorable by adapting the lyrics to emphasis encouragement and COVID safety.

We also partnered with popular Tiktok influencers for each song who would help us spread our positive message and increase COVID safety awareness. The influencers created a dance that encouraged regular users to duet, then it was released onto UCLA Health’s Tik Tok channel. The video was used to outreach and connect to a vast number of micro-influencers who were willing to spread the message and help the cause. This resulted in a movement of regular users dueting and reinterpreting the dances. Users were encouraged to use #TeamLA when creating their own videos, to create a sense of unity even though we are physically apart. 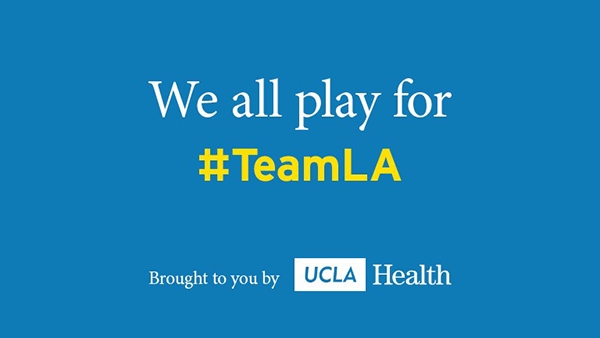 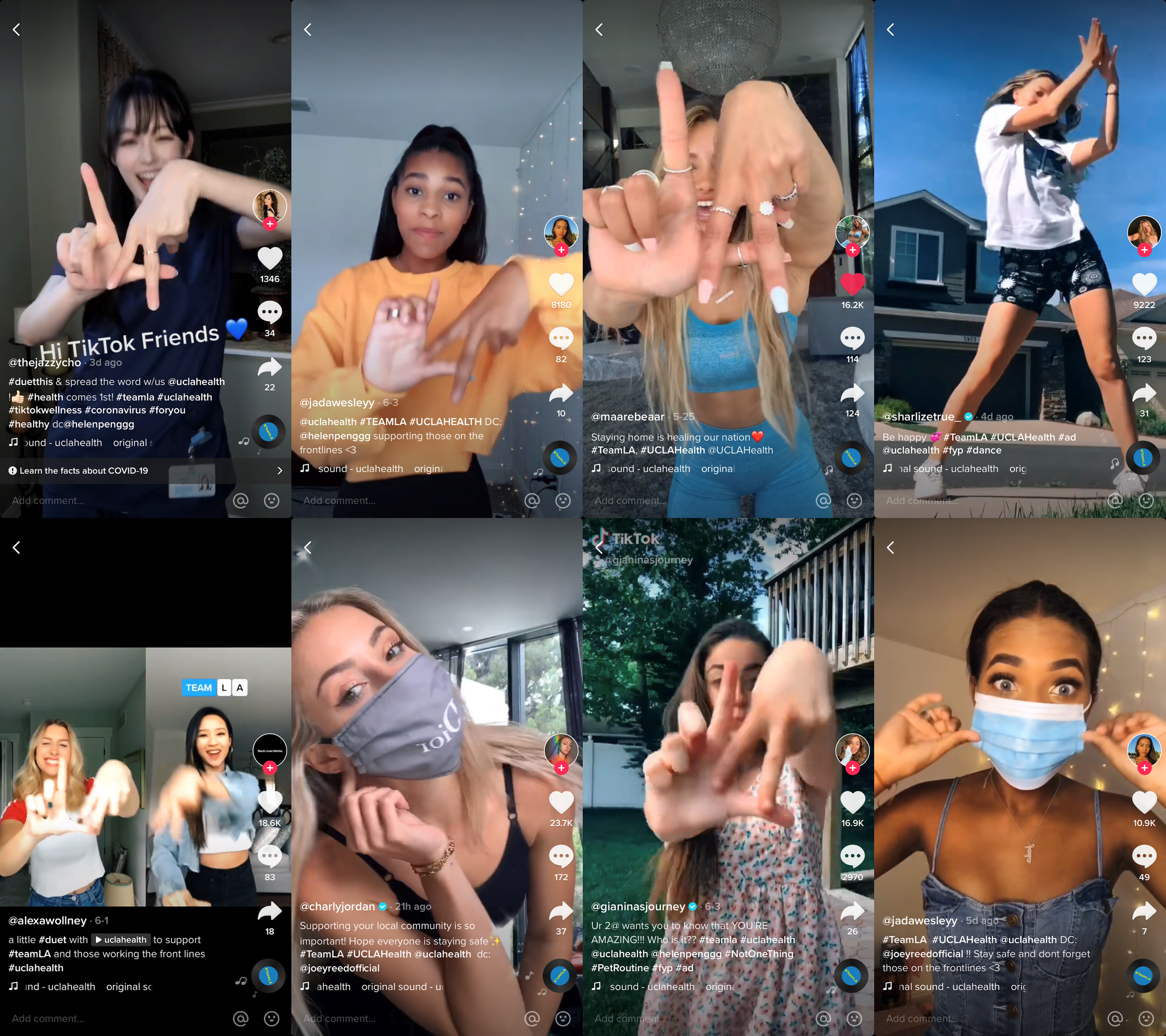 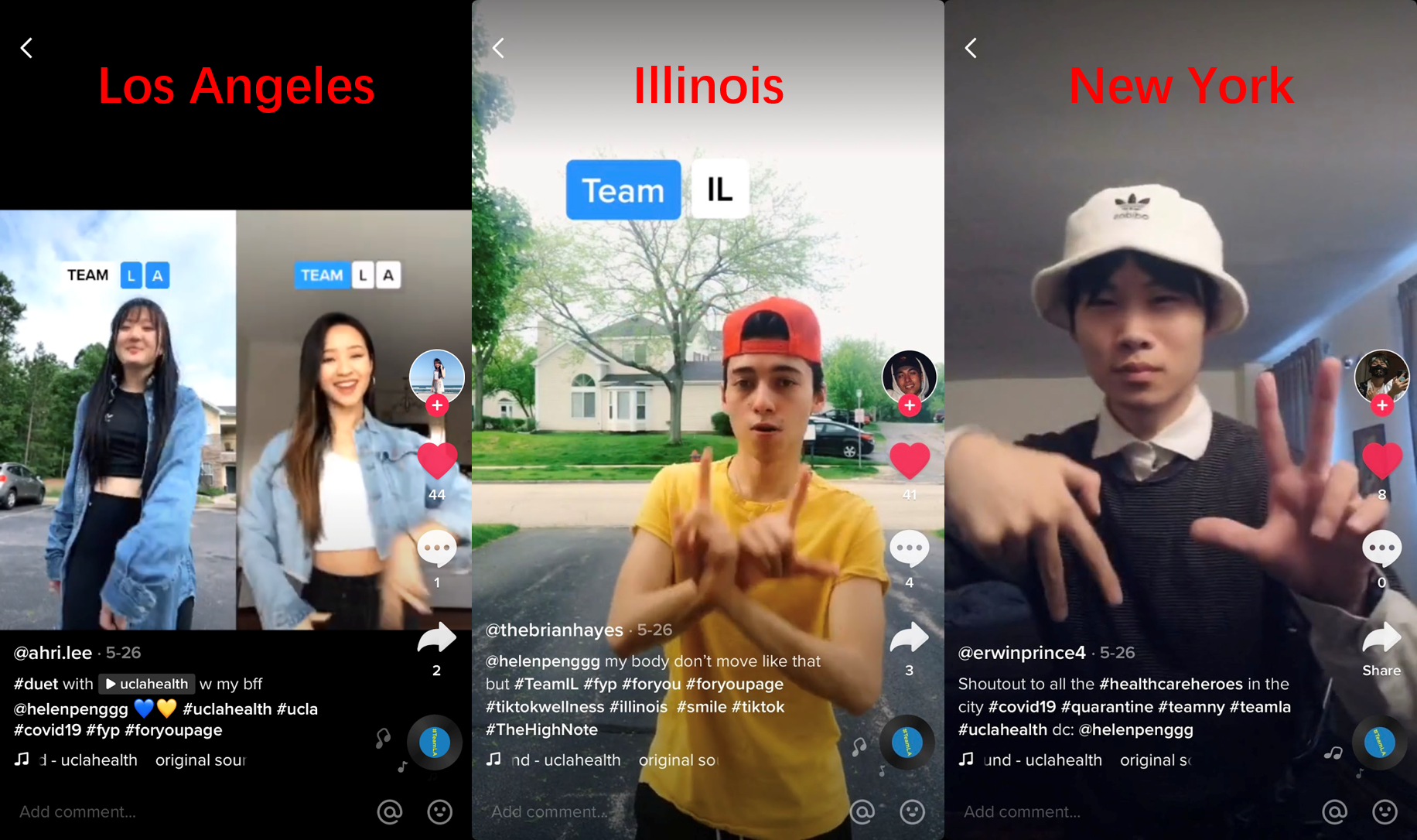 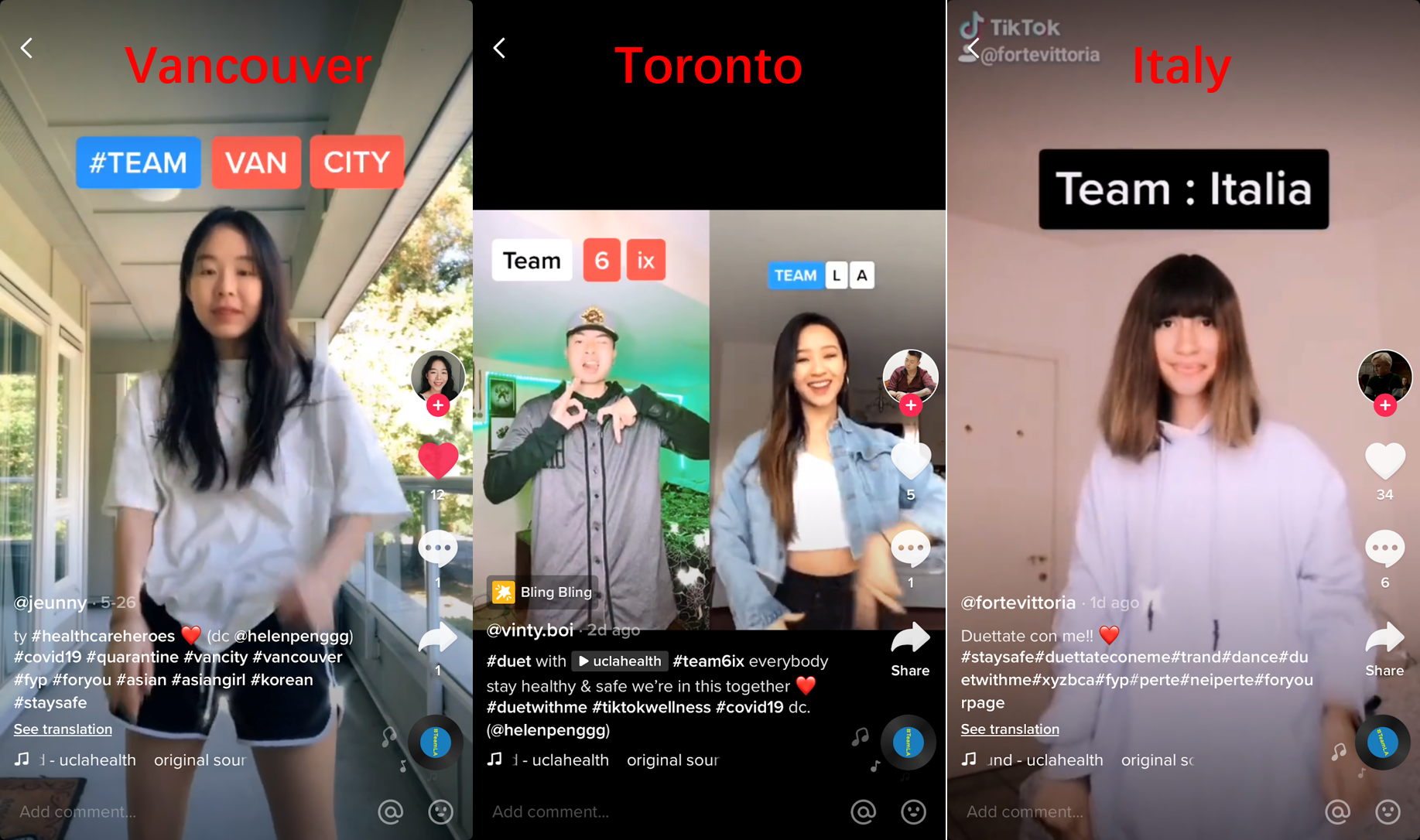 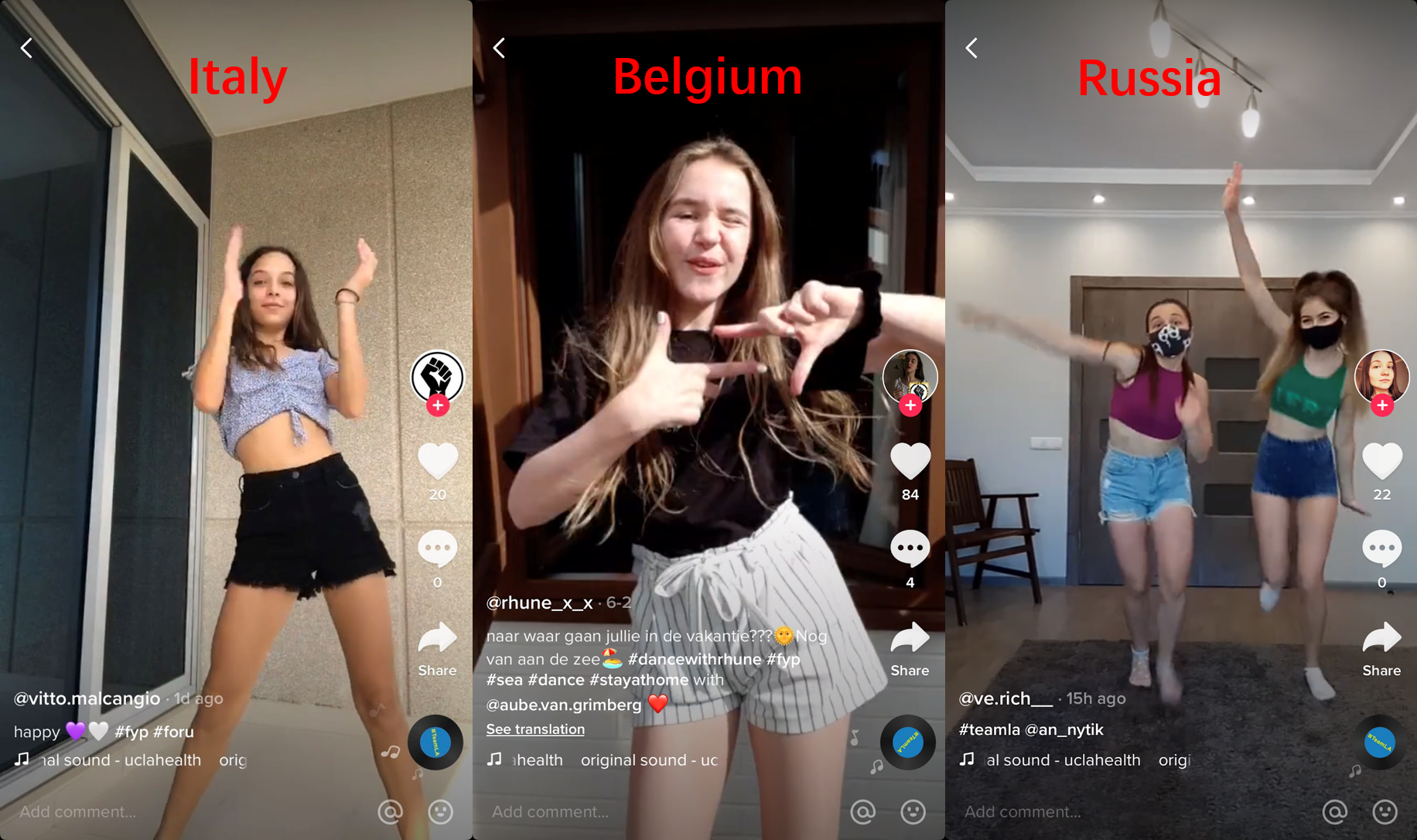