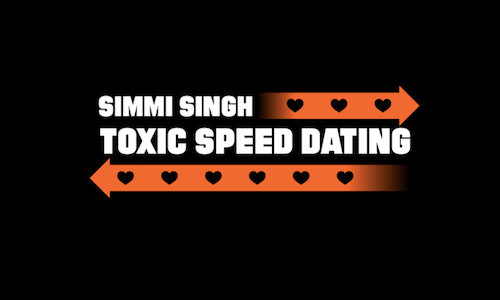 Truth wanted to disrupt the social acceptability of vaping and JUULing by showcasing to Gen-Z how offensive and silly vaping culture is. In order to do so, truth’s goal was to develop custom branded programming partnerships with ViacomCBS to tackle the problem head on through the lens of four key issues: social-acceptability, appeal, anti-industry and negative health effects. As the home of Gen-Z, AwesomenessTV, was the perfect platform to hone in on the appeal of vaping to teens through an authentic and unique narrative. truth defined appeal as lens to showcase how vaping is not fun because it’s high tech, not cool because of the flavors and that it is silly and childish. Gen Z is a vessel for change. They strongly believe they have the power to influence culture and their peers. When it comes to vaping, we found that 68% of teens are very or somewhat concerned with vaping related illnesses but 39% of teens start vaping because a friend vaped. Together, AwesomenessTV and truth goal for the partnership was to act as co-conspirators in Gen Z’s fight against addiction by empowering them to positively influence and support their peers by rethinking the normality of vaping.

To battle the vaping epidemic among teens, the anti-tobacco advocacy group truth came to Awesomeness seeking a way to connect with Gen-Z audiences. Together, we set out to communicate the dangers of vaping without shaming or preachiness, and instead frame an avoidance of vaping as a form of self-care and self-respect.

To achieve these goals and appeal to our audience, we suggested presenting this messaging in a way that was relatable and light-hearted, an approach that felt organic for the Awesomeness brand and our YouTube and social platforms. We tapped content creator Simmi Singh as the face of our creative, placing her in a situation especially relevant to our viewers: the world of dating.

In our custom branded content, we see Simmi dive into a series of speed dates… with herself. Using creative camerawork, costuming and a body double, Simmi is able to portray both herself and several prospective suitors. To bring truth’s messaging to life, all of these suitors embody different negative qualities of vaping. For example, “Ben the Borrower” quickly reveals his intentions to obtain Simmi’s ATM PIN, because of course he’d love to empty out her wallet, just as vaping takes all your cash. Other suitors played by Simmi personify negative qualities like increased anxiety, neediness, and toxicity. As the “real” Simmi cycles through rounds of speed dates, her frustration grows until she realizes that she doesn’t need to depend on any of these losers for happiness. The conclusion of the piece reinforces truth’s core messaging: you wouldn’t settle for toxic qualities from someone you’d date, so why would you put up with them by vaping?

Our execution prioritizes subtle humor over heavy-handed, moralistic messaging, resulting in entertaining content that dovetails truth’s goals with proven strategy for our channels. The appearance of talented and popular creator Simmi Singh feels endemic for Awesomeness and makes the piece right at home among the rest of our content. Using speed-dating as a framework further aligns our content with the type of programming regularly found on Awesomeness, connecting back to the client’s initial ask of framing a resistance to vaping as a form of self-care and self-love. The end result is an engaging and impactful piece that accomplishes the client’s objectives and organically appeals to the Awesomeness audience.

The campaign delivered a total of 3,502,573 impressions (36.85% over delivery on campaign 2.5M impression guarantee) and 491,878 views (251.26% over delivered on campaign 140K view guarantee). Along with the media over delivery, the campaign delivered an overall 14.04% video view rate and an overall 16.00% view + click engagements rate – which were both either in-line with our exceeded our performance benchmarks. The strong media performance not only shows that the idea resonated with viewers but that AwesomenessTV and Simmi Singh were great fits for truth’s goal of showing Gen Z how silly vaping culture is. Overall the campaign garnered a 55% of positive comments sentiment percentage. Simmi Singh performed better with a 64% of positive comment sentiment, compared to ATV with a 51% positive comment sentiment percentage.