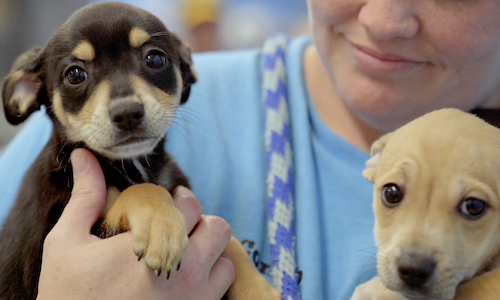 The quarantine pup. We’ve all seen it and maybe some of us have gotten our own. In fact, interest in adopting dogs has been at an all-time-high for the last 8 months - It is arguably one of the bright spots to come from our year spent at home. And while it feels like dogs are being adopted and saved left and right, the unfortunate reality is that in the Southern United States there are still thousands of strays in need of a home. Dogs displaced by natural disasters and lax spay-neuter practices leave shelters heartbreakingly overcrowded and too many dogs without a roof over their heads. But there is a hidden network of nonprofits making it their mission to transport these vulnerable animals to the Northern regions of the US where the demand is higher and the availability lower. Tito’s Handmade Vodka wanted to shine a light on these nonprofits and raise funds for them during the hurricane season in which these nonprofits need the most help.

Over the years, Tito’s Handmade Vodka’s Vodka for Dog People program has stepped up with donations to these organizations, and recently documented the experience in their original series, Coming Home: Stories of Canine Transport. In the series, Team Tito’s travels alongside three philanthropies, Wings of Rescue, Pilots N Paws and Mission Miracle K9 as they transport shelter pups to new homes all over the country - by land and air. Whether it be a truck driving cross-country with six dogs or a plane flying over state lines with fifty, these non-profits and the people behind them see the opportunity to provide each and every dog a new chance at life.

From the early concepting days, Tito’s Handmade Vodka eschewed the idea of making this documentary series feel like sponsored content co-opting the harsh reality of dogs in peril for the betterment of our own brand. Throughout the development and production, Tito’s made a concerted effort to minimize branding to give the non-profits and the dogs center stage. The strategy was always to make this a piece of content that consumers would genuinely and emotionally connect with and not a sappy video that has shameless brand plugs plastered throughout it. Tito’s wanted to capture the reality of these transports, but the reality is that these transports are never planned far in advance. They are executed at the drop of a hat which meant the Tito’s and Element production teams needed to be ready to drop everything, assemble a crew, and make it to each transport before it was too late. The result was visceral documentation of three separate transports – all with their own challenges. The situations had to be real, the emotions had to be true, and in the end, they were.

Through a multi-layered media and PR campaign, Tito’s primary goal was to execute a matching fundraising campaign to continue the work of the docuseries and bring more dogs without homes to safety. Through carefully selected partnerships with social media accounts that also have a mutual affinity for dogs and rescue, Tito’s developed a plan to fundraise and match $20,000 for Wings of Rescue, one of the organizations highlighted in the “Coming Home” series.

The social portion of the campaign was pulsed out over the course of a week through partnerships with WeRateDogs, Knox and Bear, @keepingfinn, Mutt Nation, and Iliza Shlesinger. Each of these social accounts took a slightly different approach in how they promoted the series.

The campaign kicked off with a paid partnership with WeRateDogs. The social media account has gained an enormous following across channels through their daily posts “rating” user submissions of dogs – the catch is every dog they rate is over a 10/10. As the following grew, the account began conducting weekly fundraisers to support their community ranging from nonprofit donations to crowdfunding emergency dog surgeries.

In addition to the social media campaign, Tito’s Handmade Vodka also worked with other animal-focused media channels to promote the series via digital video buys on Animal Planet, Discovery, Buzzfeed Animals, the Dodo, and Hulu. Through a variety of ad units, Tito’s was able to showcase each of the stories through trailer assets and sponsored ad-free sessions in order for viewers to view the episodes in their entirety. Discovery, Animal Planet, the Dodo, and Buzzfeed also promoted the series through sponsored social posts – all re-edited to fit the bespoke visual and verbal language of each platform.

In addition to the media partnerships, the campaign was pitched to a variety of publications in the animal and content space resulting in coverage from Adweek, Patch, Fido Friendly, Ads of the World, KISSFM, and more.

The campaign launched on WeRateDogs social channels on Friday, December 4th, 2020. Utilizing the Wings of Rescue full-length video as our hero asset, the channel urged its followers to donate to our fundraiser via a campaign we created with GreaterGood.org. Tito’s had an initial goal of fundraising $20,000 (with an additional $20,000 match from Tito’s) throughout the duration of the campaign. Within 45 minutes of the video and CTA being posted, the goal was already met. After a brief internal discussion, Tito’s raised the match to $40,000. That match was hit within the next 3 hours. By the end of that weekend, Tito’s had fundraised over $100,000 dollars for Wings of Rescue with the added support of our other social partners. To date, it is WeRateDogs’ best performing fundraiser.

In addition to the money raised, the social/influencer portion of the campaign resulted in 97% positive brand sentiment (2x Influential sentiment benchmarks for the CPG/Alcohol space) and over 20MM impressions. With millions of views of the different video assets from this series, Tito’s is confident that it accomplished its task of raising awareness for these nonprofits, their missions, and the transport world at large. 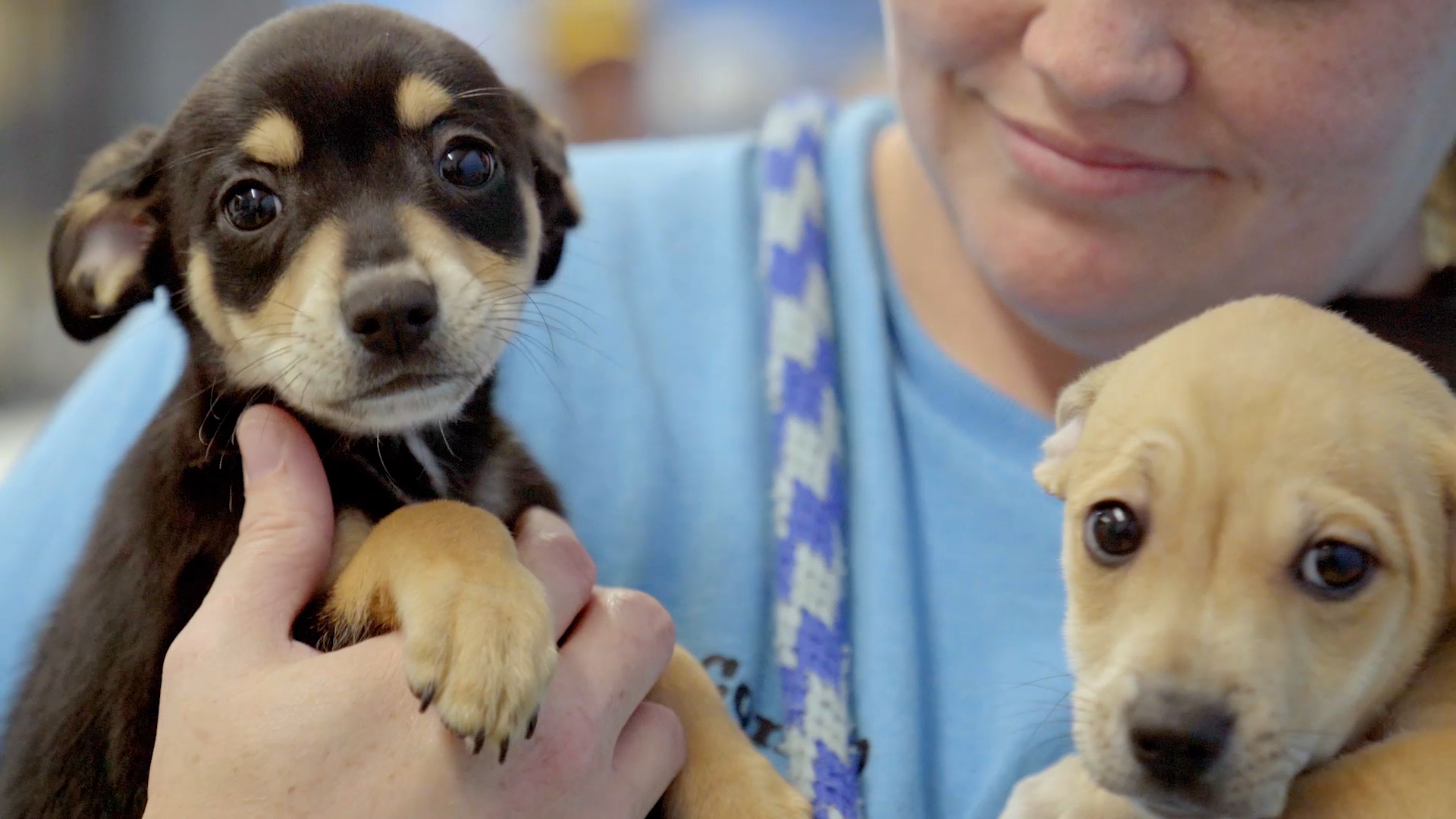 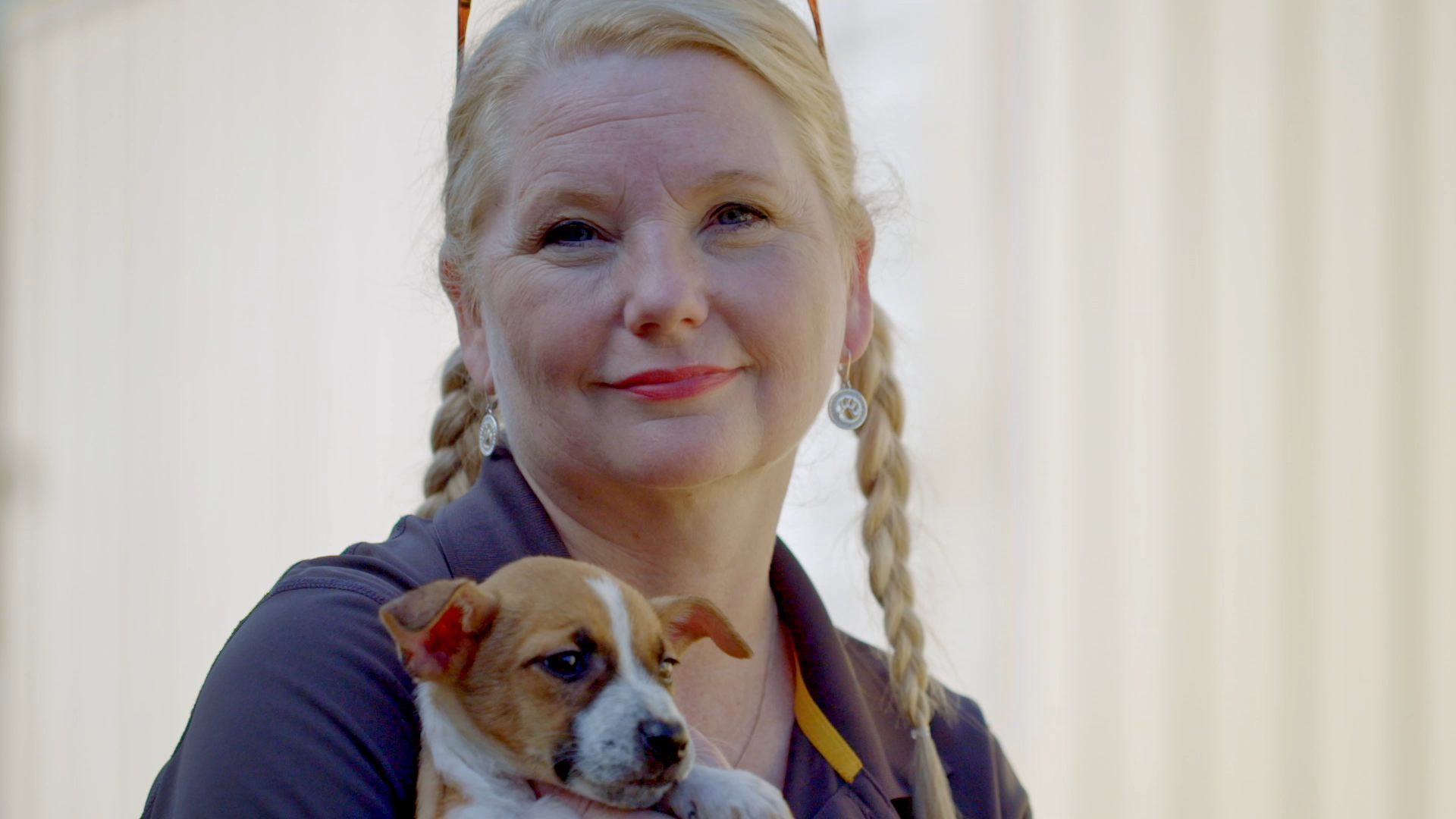 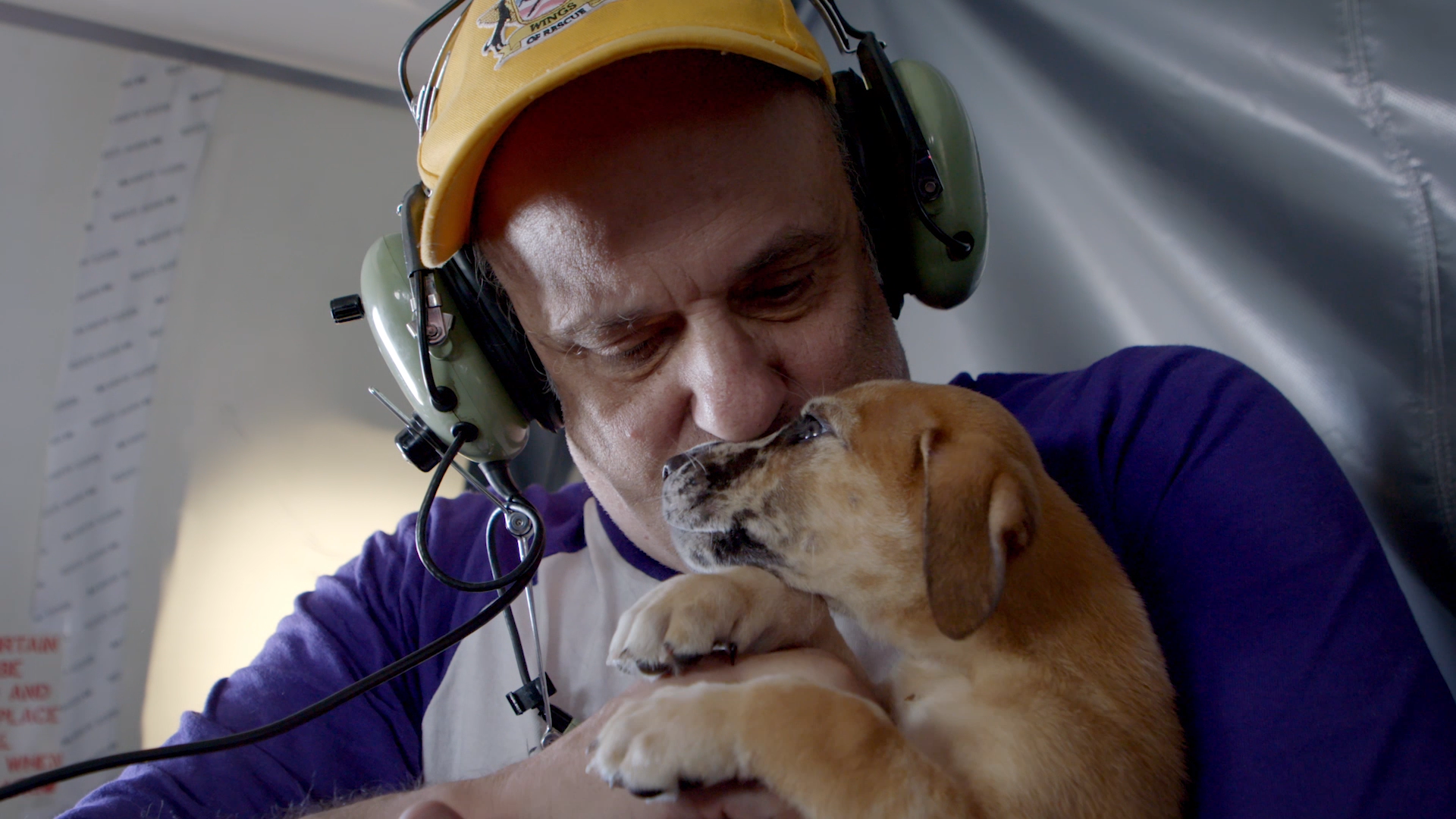 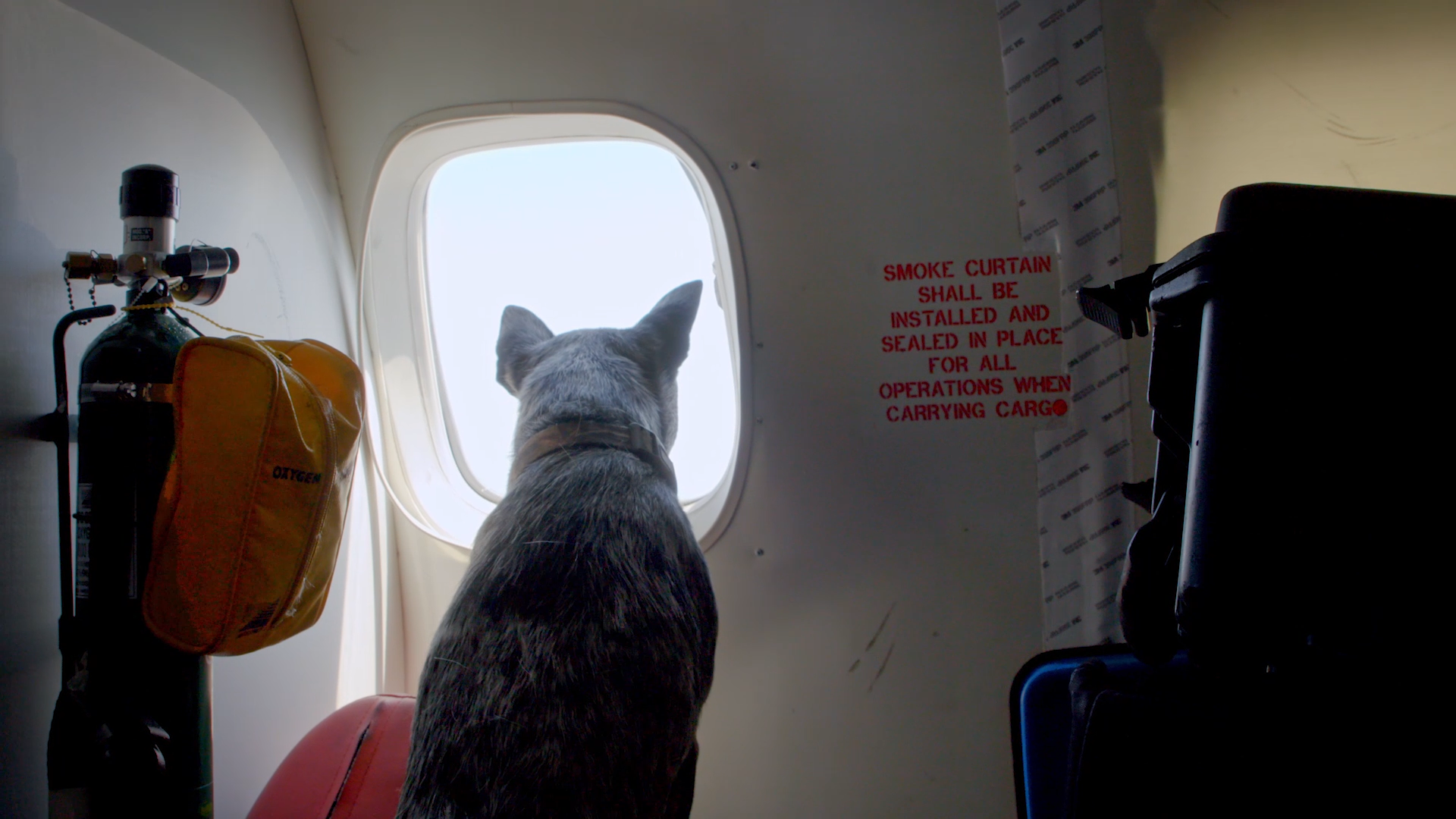 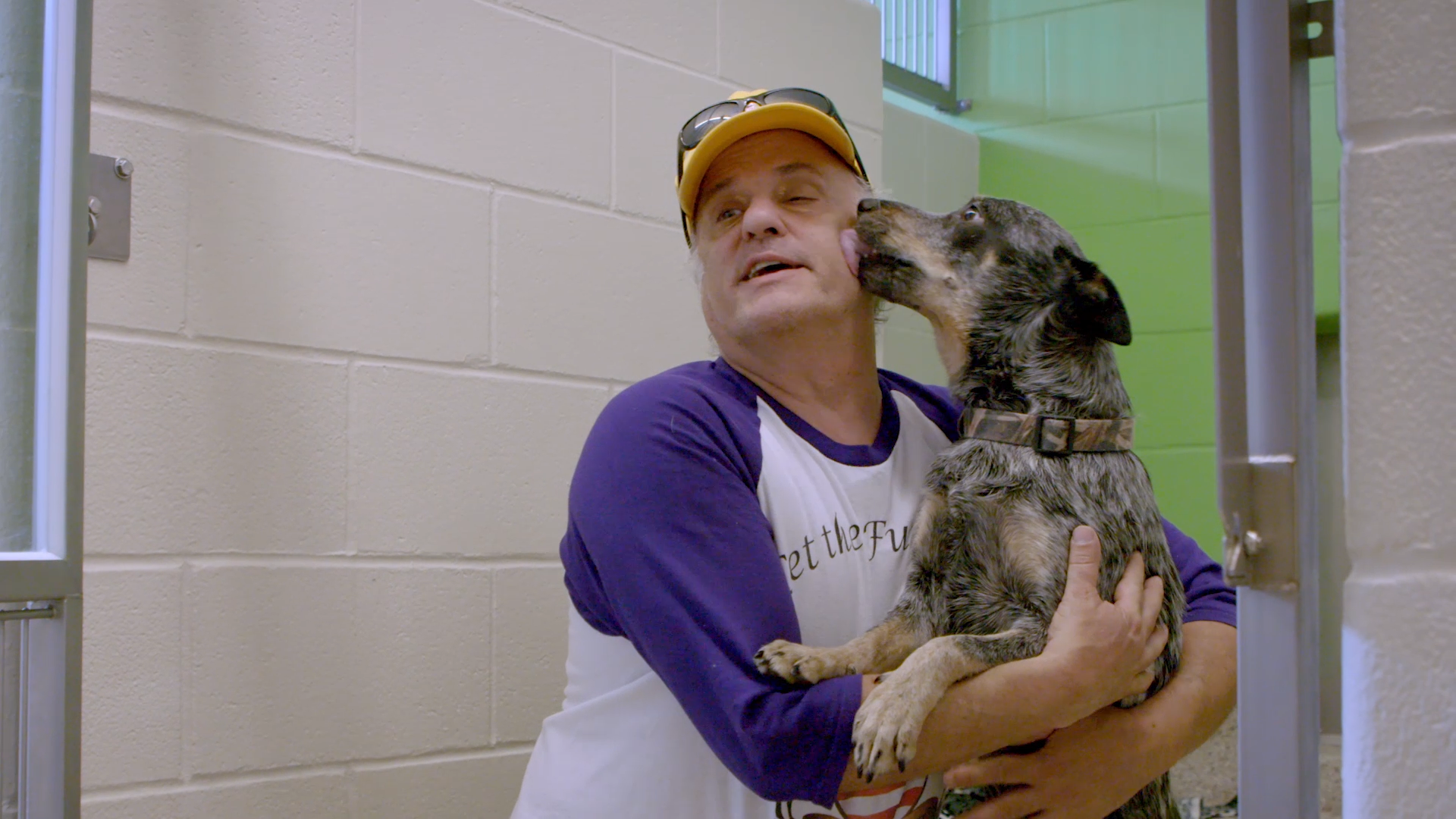 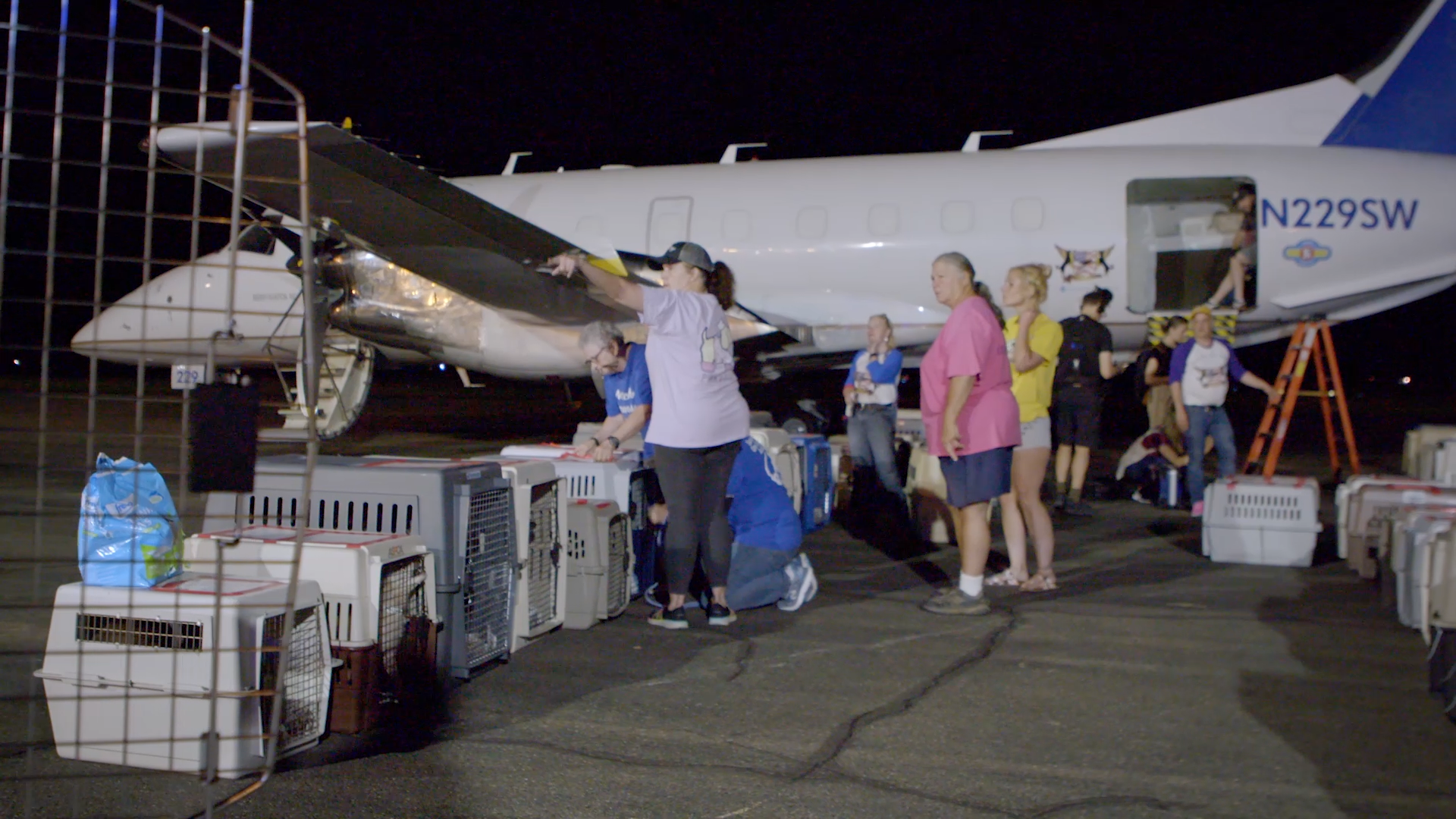