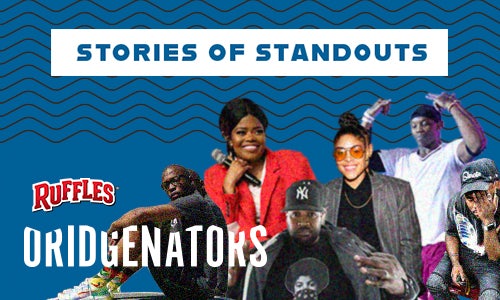 Complex and Ruffles sought to create an impactful campaign to identify, amplify and spotlight Black voices serving as agents of change in their communities. To achieve this, Complex created “The Oridgenators,” a six-part video series profiling pioneering Black creators from the intersecting worlds of basketball, sneakers, social media, music, and entrepreneurship.

The objective of this unique partnership was to provide a platform for these voices, build brand love for Ruffles, drive engagement and increase cultural relevance with Black and Latino millennial men—all while maintaining authenticity to Complex’s coveted youth culture audience.

Using Ruffles’ brand ethos of “Owning Your Ridges” as a guide, and considering their focus on providing a platform for diverse change agents, Complex created “The Oridgenators” (presented by Ruffles), a six-part IGTV and editorial series profiling pioneering Black creators from the intersecting worlds of basketball, sneakers, social media, music, and entrepreneurship. The series’ talent represented the brand’s target demographic, and each episode featured a cultural luminary that defied societal norms to pursue their dreams to inspire and uplift. To further weave Black leadership into the experience, the project was powered by an all Black production and editorial team.

Ruffles’ presence was seamlessly integrated within the scope of this programming through a custom animated graphics package and semiotic alignment with the brand’s primary color palette. Complex’s promotional rollout featured an announcement post on Complex.com, organic Instagram Stories, targeted Instagram posts, editorial support with homepage traffic drivers, and amplification on both Twitter and Facebook, utilizing custom assets for each platform. Additionally, each talent extended the reach of their respective episodes with native Instagram posts (in-feed and Stories). Complex also designed and built custom co-branded media units to promote the show across Complex Networks’ owned and operated sites.

At the conclusion of the season, Complex donated $10,000 to Veniceball, an organization raising awareness for Black Lives Matter through basketball hoop art.

“The Oridgenators” was successful in meeting Complex and Ruffles’ goal to create an impactful body of work that reached its target audience. The series generated over 11M impressions, approximately 425,000 engagements with an engagement rate of 3.81%, and more than 10.3M cross-platform video plays—far surpassing benchmarks and goals for every relevant metric.

More than anything, Complex and Ruffles told personal, hard-hitting stories that shined a light on both established and emerging voices in Black culture. In addition to captivating the audience, the interviews also resonated with the featured talent, as multiple subjects expressed genuine emotion during the course of their episodes (which achieved the brand’s goal).

Complex also brought tremendous value to the program by not only providing a platform for talent to share their powerful stories, but making a substantial commitment to the program’s message through the charitable extension with Veniceball. 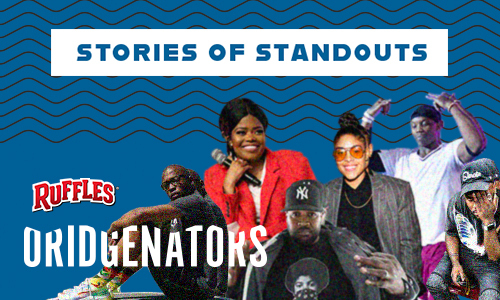