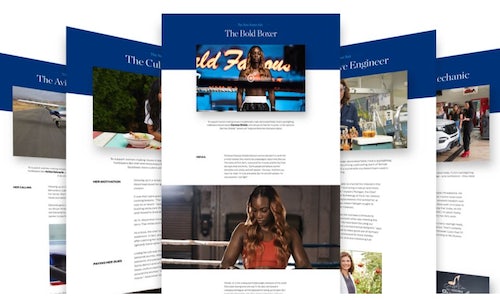 Ford's automotive reputation is centuries in the making. According to a recent survey though, consumers viewed the brand as more traditionally masculine, likely through exposure to successful campaigns like “Built Ford Tough,” cultural intrigue in Ford’s auto racing history (Ford v Ferrari), and the industrial significance of Henry Ford’s invention.

Those examples aren’t fully representative of the carmaker, which has increased its focus on female innovation throughout its history, but they are high-profile narratives in which the central characters are male. Some of those stories also come from an era when the larger car culture was less inclusive of women.

The reality is that Ford’s legacy of innovation doesn’t exist without women. Female factory workers kept assembly lines rolling during WWI, Mimi Vandermolen designed many of Ford’s most beloved models ever, and Elena Ford became the first female family member to hold an executive position in 2018.

Women in the general public are pushing back against outdated perceptions, and as such, are showing a greater interest in cars. In 2020, women accounted for 35% of car owners, and their share has surged by over 21% since 2007. More broadly, women also make up more than half of the American workforce, and are pioneering in numerous fields that used to be the province of men.

Given an opportunity to better message to an emerging segment, we sought to translate their internal legacy of female automotive pioneers into a visible moment celebrating the women who are shaping the world of tomorrow.

We knew emotional storytelling could help fuel a connection between pioneering women and a brand with a rich legacy of innovation. The campaign would center on women rewriting the possibilities of traditionally male fields from sports, to travel and adventure, to science, and beyond.

As women have overtaken men as the dominant gender in the workforce, they’ve challenged old stereotypes of what it means to “look” like a successful professional. So, we honed in on a “power suit” as a traditional symbol of business success, and elected to flip its meaning to recognize women evolving industries on their own terms.

We tapped a diverse variety of women in interesting roles to serve as the campaign’s narrative heart. Each was given a unique title that defined their “Power Suit:” The Bold Boxer, The Dynamic Mechanic, The Culinary Force, The Innovative Engineer, and The Avid Adventurer. Working together with the client, we shot on location to capture each of their stories firsthand.

Their stories proved intriguing and multi-faceted, yielding over 70 pieces of content in total. Each piece of content was designed to unfurl a piece of their story within a digital storytelling ecosystem designed for maximum emotional impact.

In-depth video profiles captured each “Power Suit” woman on her job and allowed viewers to form a direct connection with each protagonist. Digital native content articles with custom-designed cover photos provided richer detail into each woman’s life and professional accomplishments, documenting their ascendance. Social media teasers and high-impact display ads offered a hint at what made each woman’s story so distinct, driving audiences to immersive sponsored storytelling on partner websites.

We selected five Meredith brands to pair with the industry of each featured “Power Suit” woman: People, Food & Wine, Better Homes & Gardens, Health, and Travel & Leisure. Each story also ran in print, but Ford’s publishing partners were most impactful in their digital and social support, leveraging built-in audiences with established credibility.

Across each piece of content, a cohesive aesthetic and message underscored the larger point: Ford is proud to fuel the next generation of world-changing women.

Video for The New Power Suit 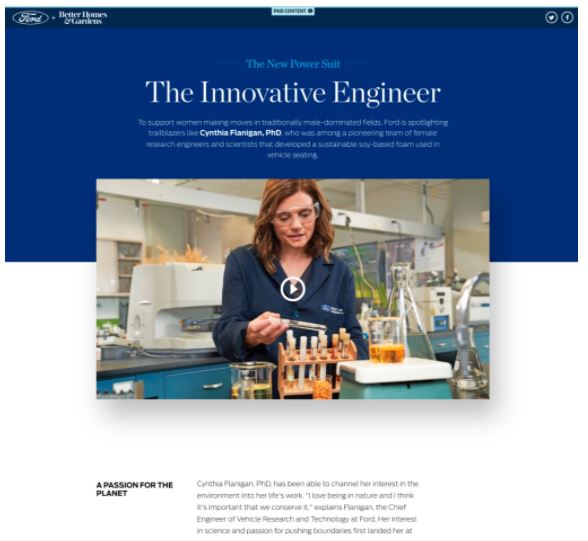 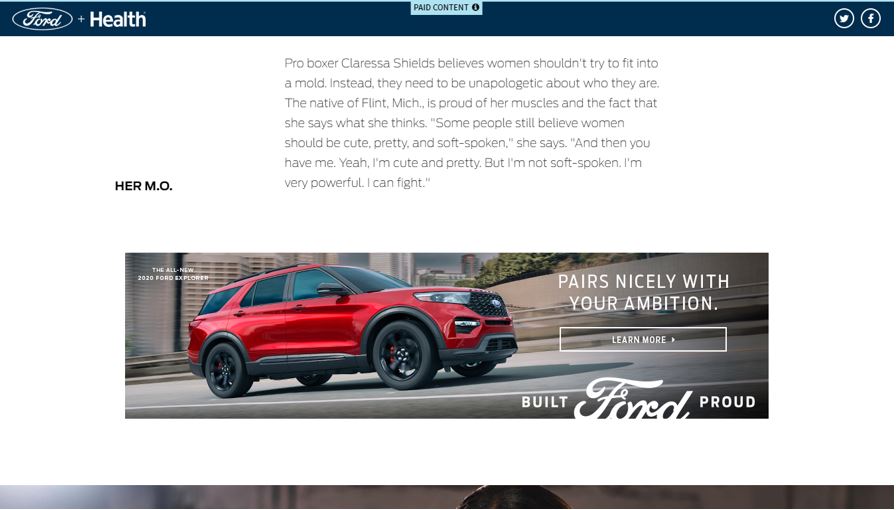 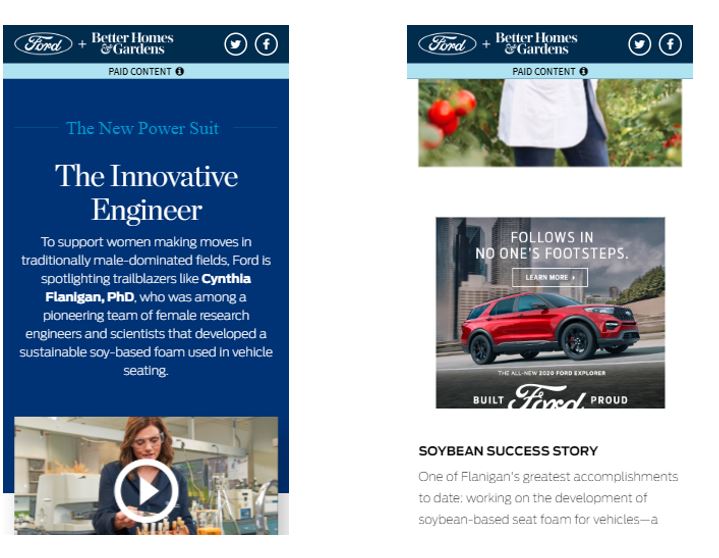 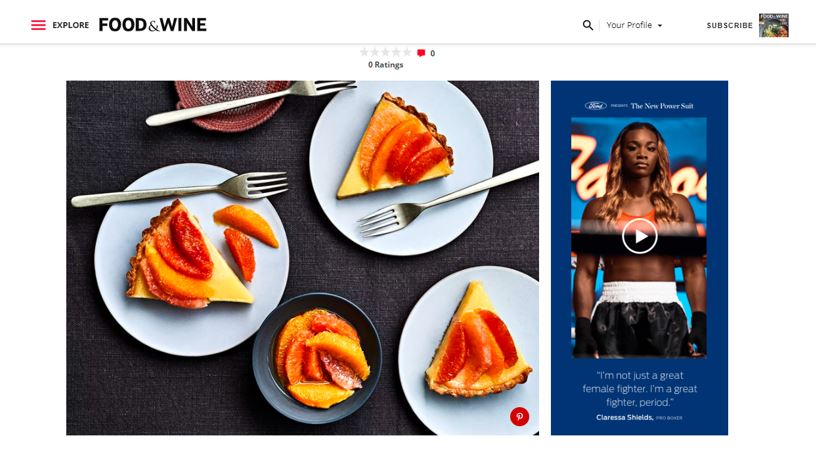 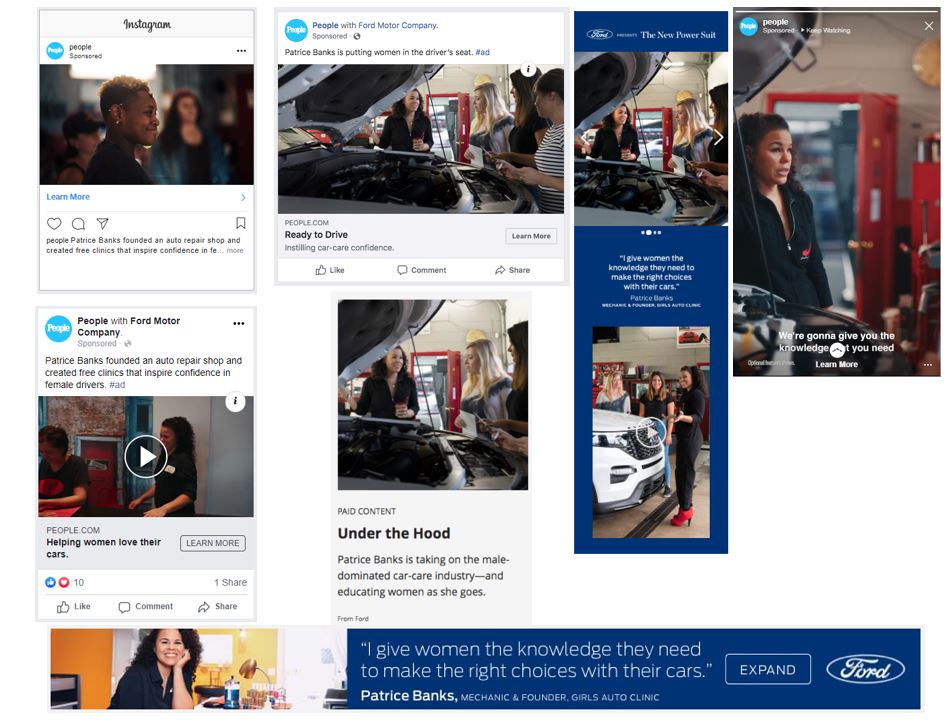 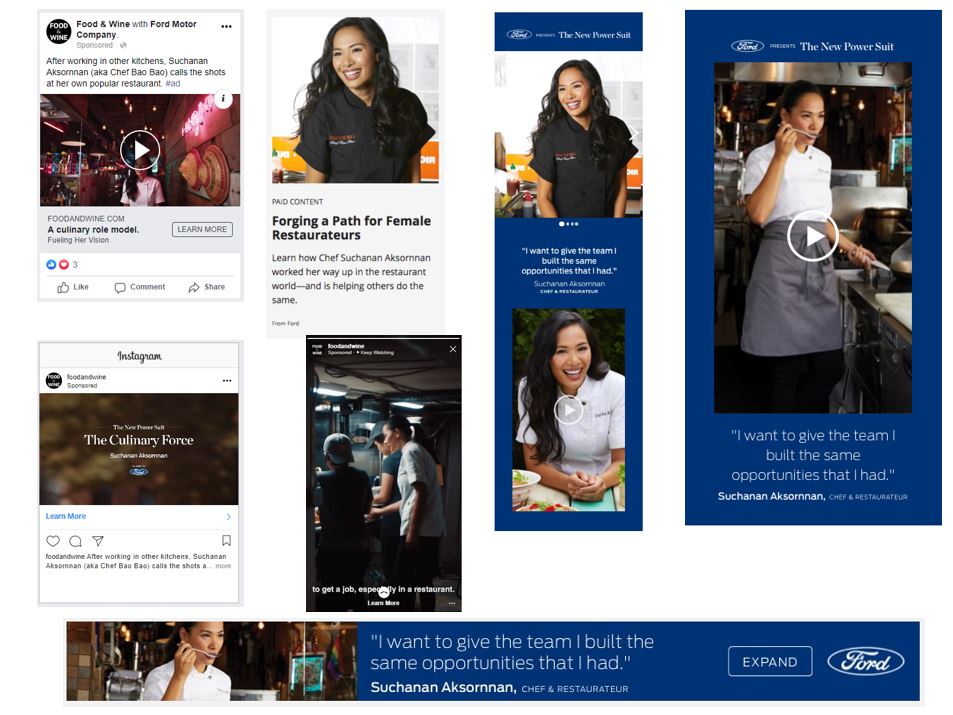 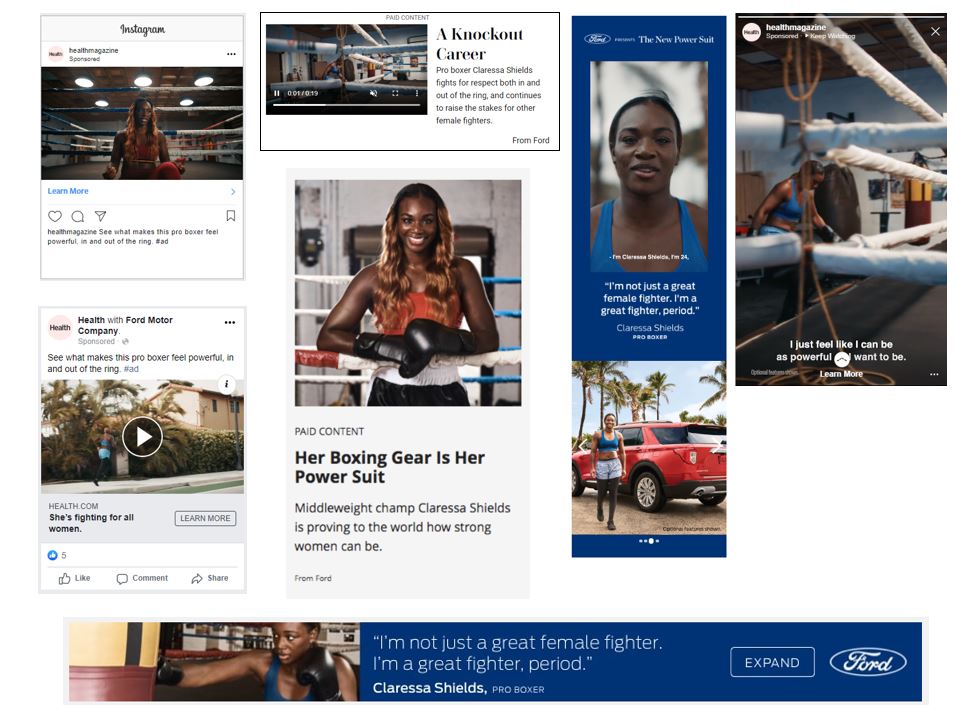 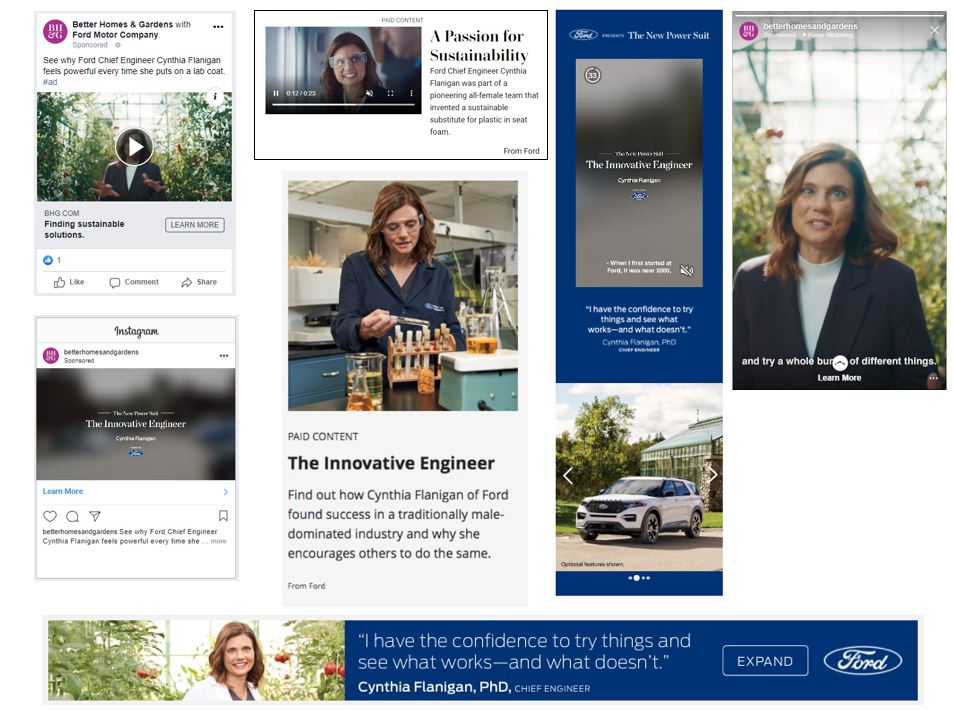 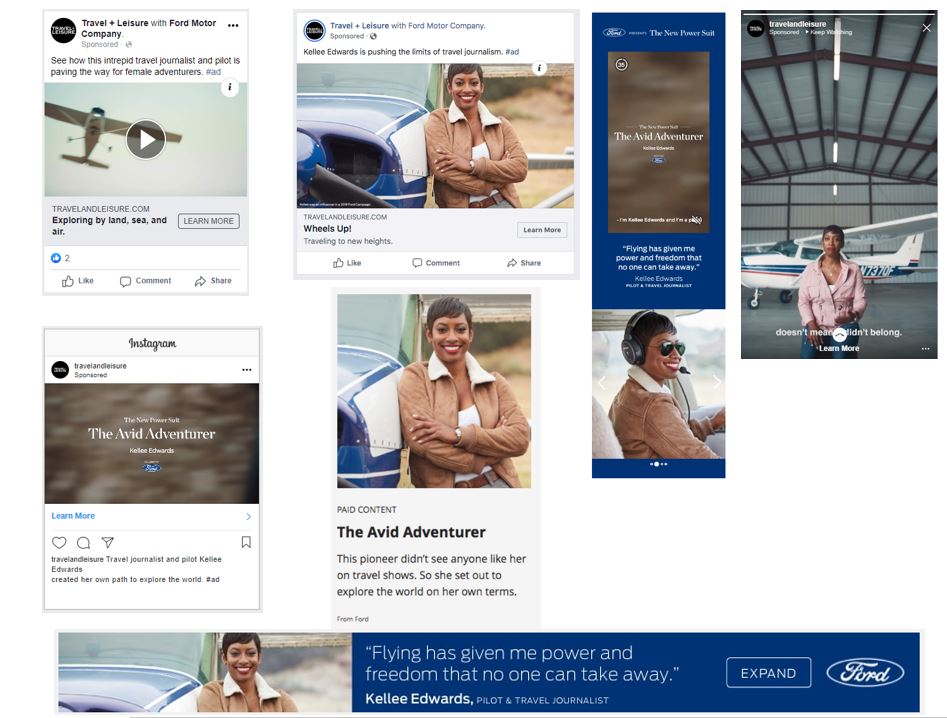