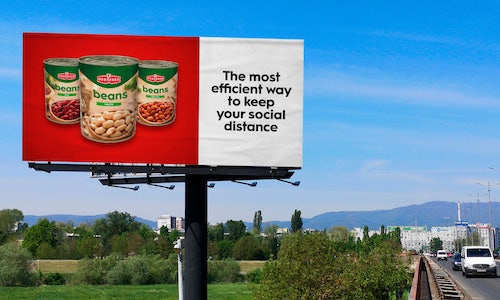 The most effective way to maintain social distance

Last year was unpredictable and turbulent. Since March 2020, the pandemic has forced millions of people to physically distance themselves from others. It has changed the way we live and brought the new normal rules for communication and media consumption.

While all the bars, caffes and stores were closed, people stayed in their homes and the internet became their only contact with the outside world. Podravka as a traditional brand (the leading Croatian food company), was also faced with communication challenges in the middle of the pandemic. On one side, some of the usual touchpoints for attracting consumers have become unavailable, and on the other side, people expected support and inspiration from brands.

MEME's and jokes are a big part of the Internet culture and we use them to reflect on current events in our society. Taking into account the quarantine and the new digital circumstances, Podravka has seen an opportunity in a micro-campaign for its legendary product - canned beans.

With the message that beans are the most effective way to maintain social distance, we have created a photomontage of the ad (a fake billboard) and published it in collaboration with a popular Facebook page „Meanwhile in Croatia“ with the aim of making people laugh, cheer them up and encourage them to interact. The post went viral in just few hours, while various media and social media pages shared the joke discussing whether it is an actual billboard or not. Some of the most popular Croatian influencers have also supported the initiative, bringing us millions of impressions, completely free of charge.

The total budget for the campaign was 300 EUR and the results were beyond expectations. Our post has earned millions of impressions, reaching over +1 million people, +5.2K people shared the post with over 50.000 reactions. The usual spend to reach this many people in Croatia is 5.000 EUR and we spent 300 EUR only. Engagement rate was 250% higher compared to the other content of that FB page.

During that period (May 2020), this was the only brand communication related to a specific Podravka product - canned beans. No other campaigns were active, but the sales of the beans has increased and recorded the growth of +22% compared to the same month the year before.

The campaign successfully achieved its goals and showed how to easily create new connections with the consumers and stay relevant.

Video for The most effective way to maintain social distance 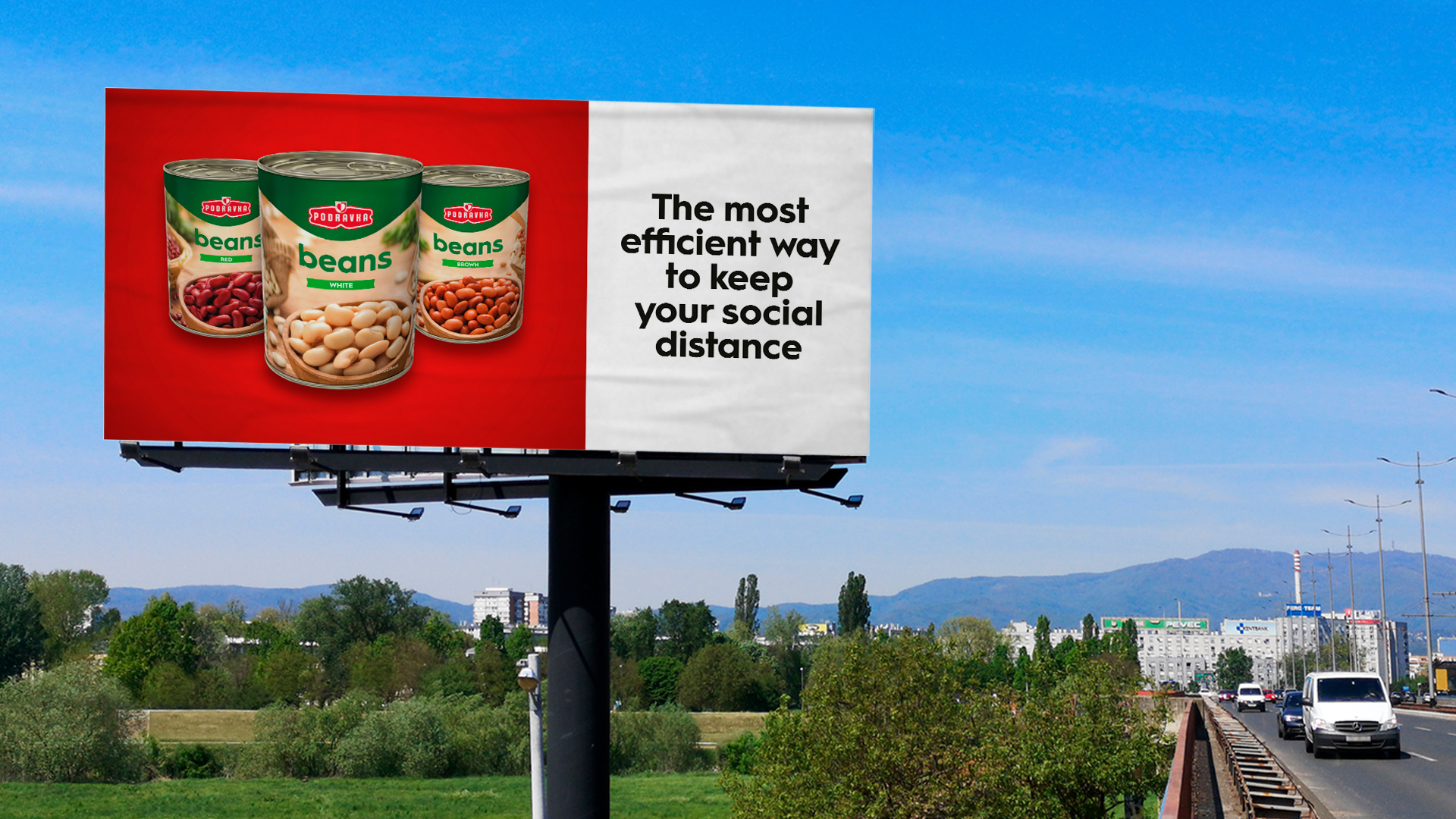