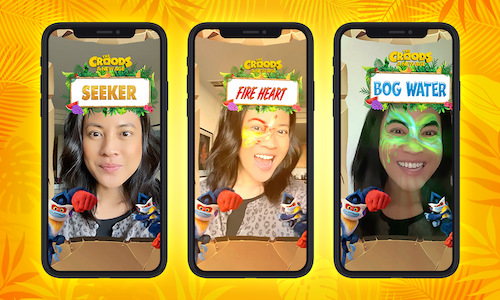 Following the success of Trolls World Tour, Home Brew reunited with DreamWorks for their theatrical and PVOD release of The Croods: A New Age. Our creative campaign showcased the expanded environment, new creatures and family, and witty humor, emphasizing the narrative while continuing to highlight fan-favorite characters from the first film.

To modernize the prehistoric world, we built relatable connections and utilized AR technology to immerse fans into an older era with two lenses:

In this lens, we brought the thunder as we gave fans their own personal Thunder Sister nickname, complete with glowing face paint.

Using distinguishing features like hair and clothing, we were able to transform fans into their favorite characters from the film.

We eventized the family movie’s holiday release with interactive technology and digital stunts, leading the film to top box office charts at #1 five weeks in a row.

Video for The Croods: A New Age AR Lenses 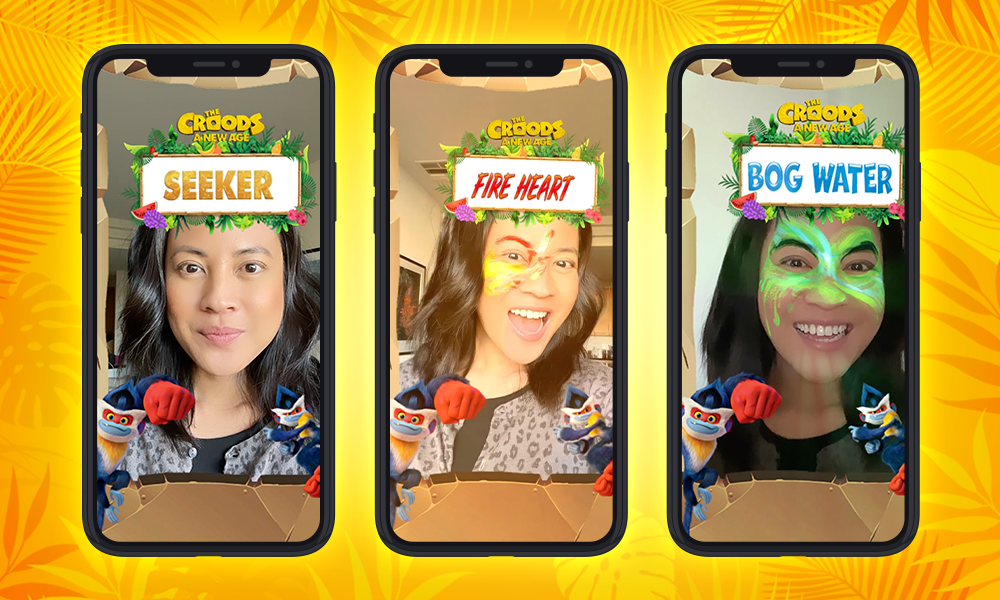 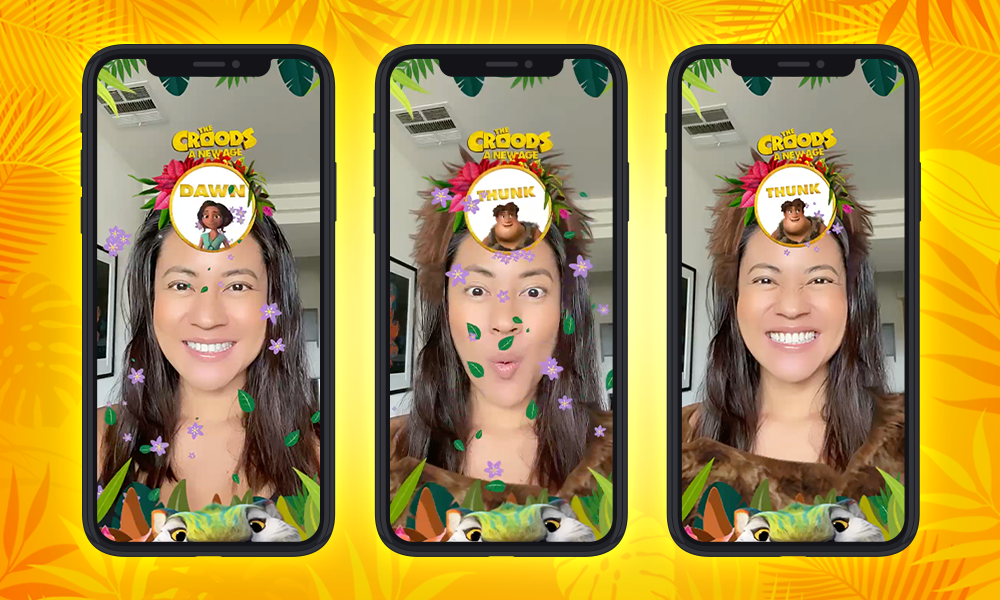