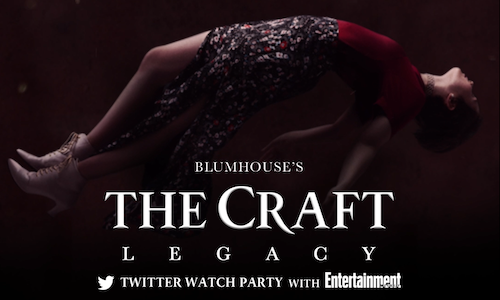 2020 was a tough witch. To summon some excitement, THE CRAFT: LEGACY sought out to create a day-long social media pre-party and live watchalong event on Twitter in celebration of its On Demand and Digital release. Sony Pictures brought the glamour of a red carpet event, with the full cast and filmmakers, and provided all the spells for a magical, immersive movie-going experience.

Let’s get this Twitter Party started! Entertainment Weekly jumped onboard to co-host the event and was joined by Zoe Lister-Jones, Jason Blum, Cailee Spaeny, Gideon Adlon, Lovie Simone, Zoey Luna, Michelle Monaghan and David Duchovny. Each of these stars from THE CRAFT: LEGACY recorded video greetings and answered questions such as “Who is your coven you will be watching the movie with?” and “What are your must have movie night snacks?”, which debuted throughout the day across all social platforms to pre-promote the live event.

To separate itself from other Twitter Watch Parties, the studio launched food and drink recipes, style-inspirations and games themed to THE CRAFT: LEGACY. Fans could download an exclusive Party Kit that included snack ideas and nail art inspiration as well as a Bingo Board. The movie’s costume designer Avery Plewes curated style boards on Pinterest for fans to create their own inspired look for the party and become 100% that witch. Baking blogger Chelsweets designed and posted a pentagram sugar cookie recipe on Instagram (1 million followers) to give fans a step-by-step tutorial for a fun treat to make for movie night.

Entertainment Weekly supported the cast countdowns and shared pre-party content to its 6.5 million followers on Twitter leading up to the moment when fans click play on their televisions at home and enjoy a magical movie night. To kick off the live event, @SonyPictures (2.6 million followers) introduced each star of THE CRAFT: LEGACY via a Twitter Thread of motion graphics as if they were arriving at an actual premiere.

During the Twitter Watch Party, Sony Pictures tweeted along with the cast, filmmakers and fans as they discussed their favorite moments from the movie being played on their living room screens - incorporating official movie GIFs to increase engagement with each post.

Thousands joined the coven on Twitter to be a part of this unified experience. There were 3,335 posts using the hashtag #TheCraftWatchParty, which trended on the platform - hitting the #2 spot on the Los Angeles Trending chart during the live event. Fans were most excited to hear the cast describe their favorite scenes and utilized the GIFs from THE CRAFT: LEGACY Official Giphy Page to react throughout the Watch Party. The movie’s GIF views increased by over 1 million during this time. The over 3,000 Twitter posts and social support across additional platforms drove an estimated reach of 29.5 million. 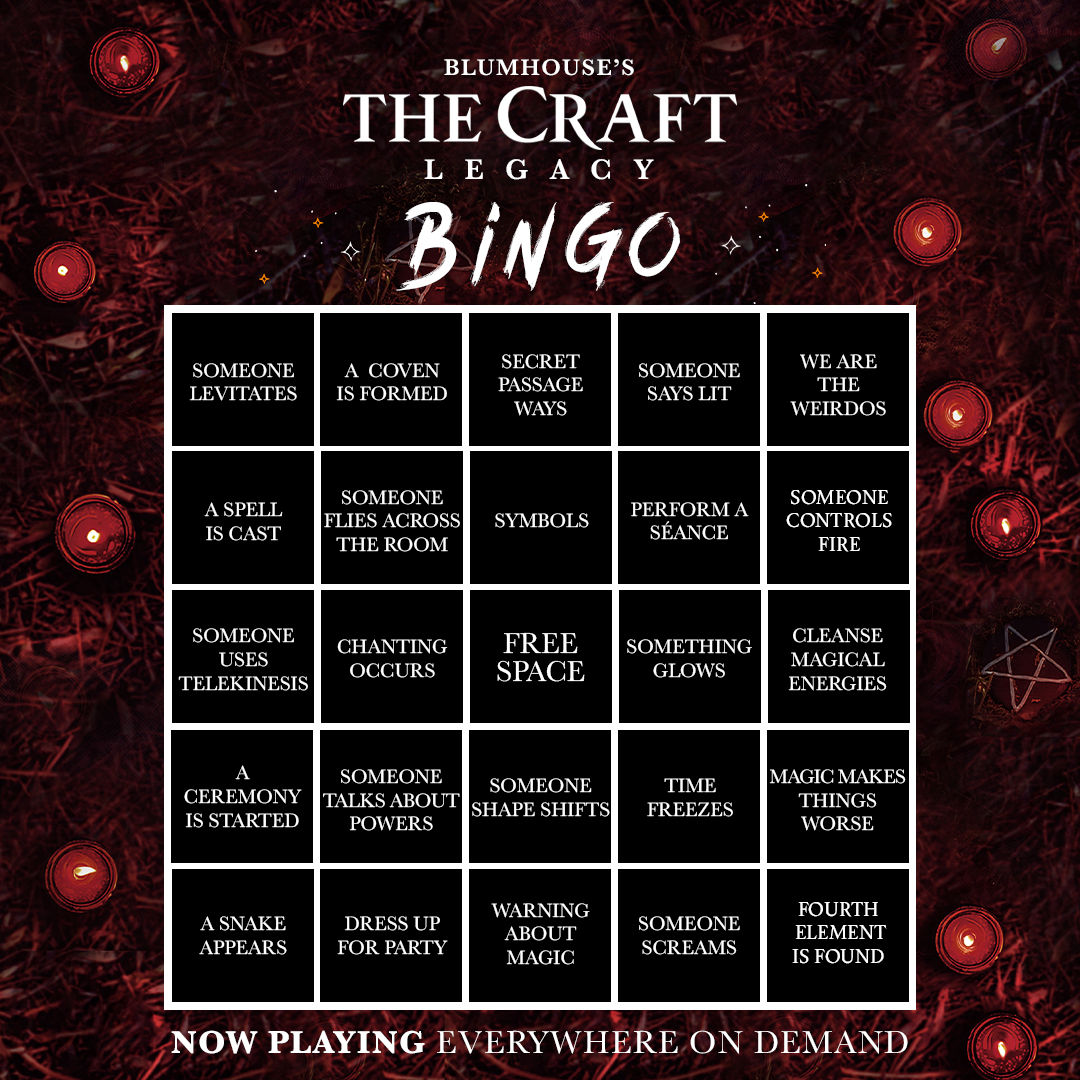 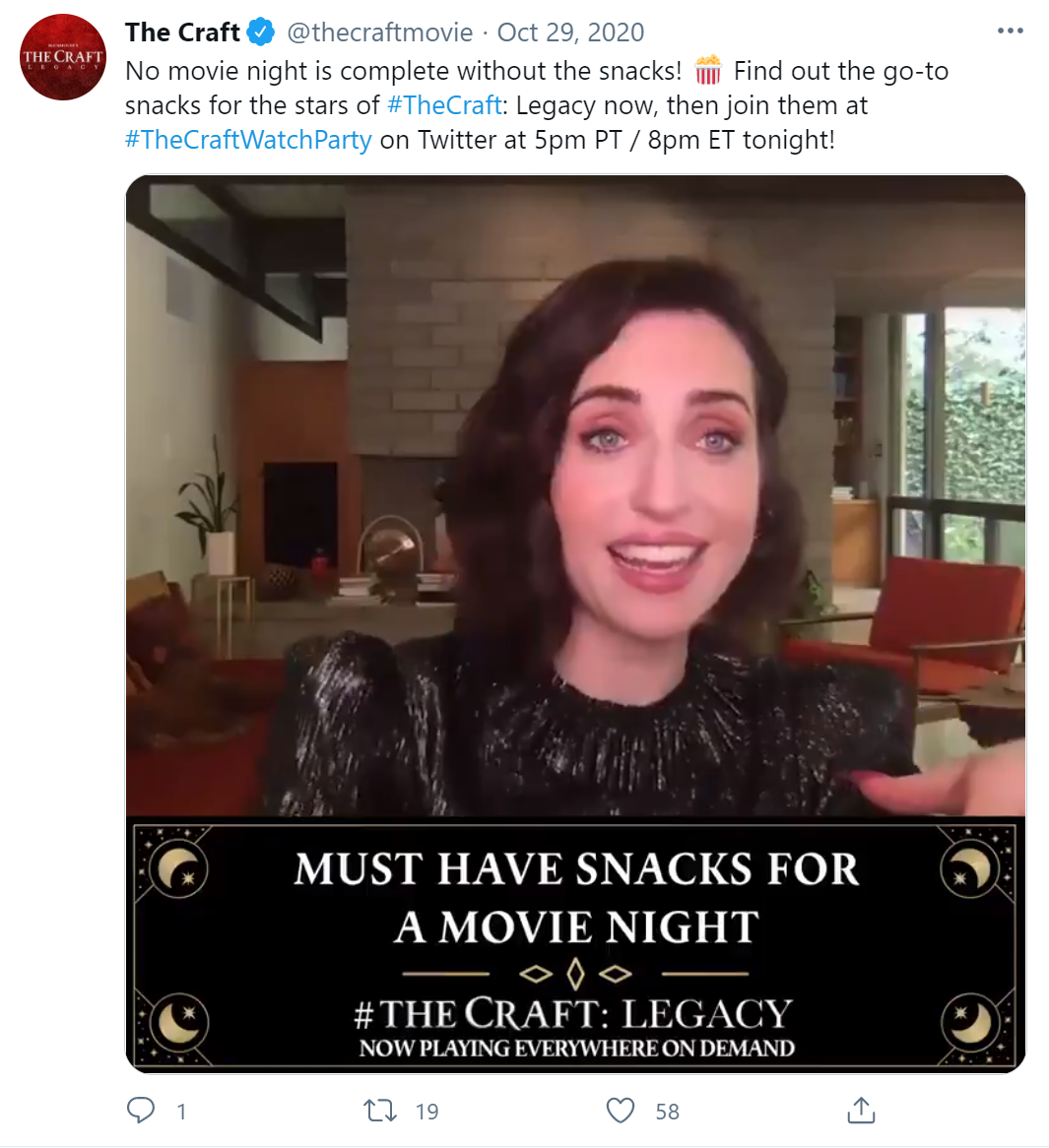 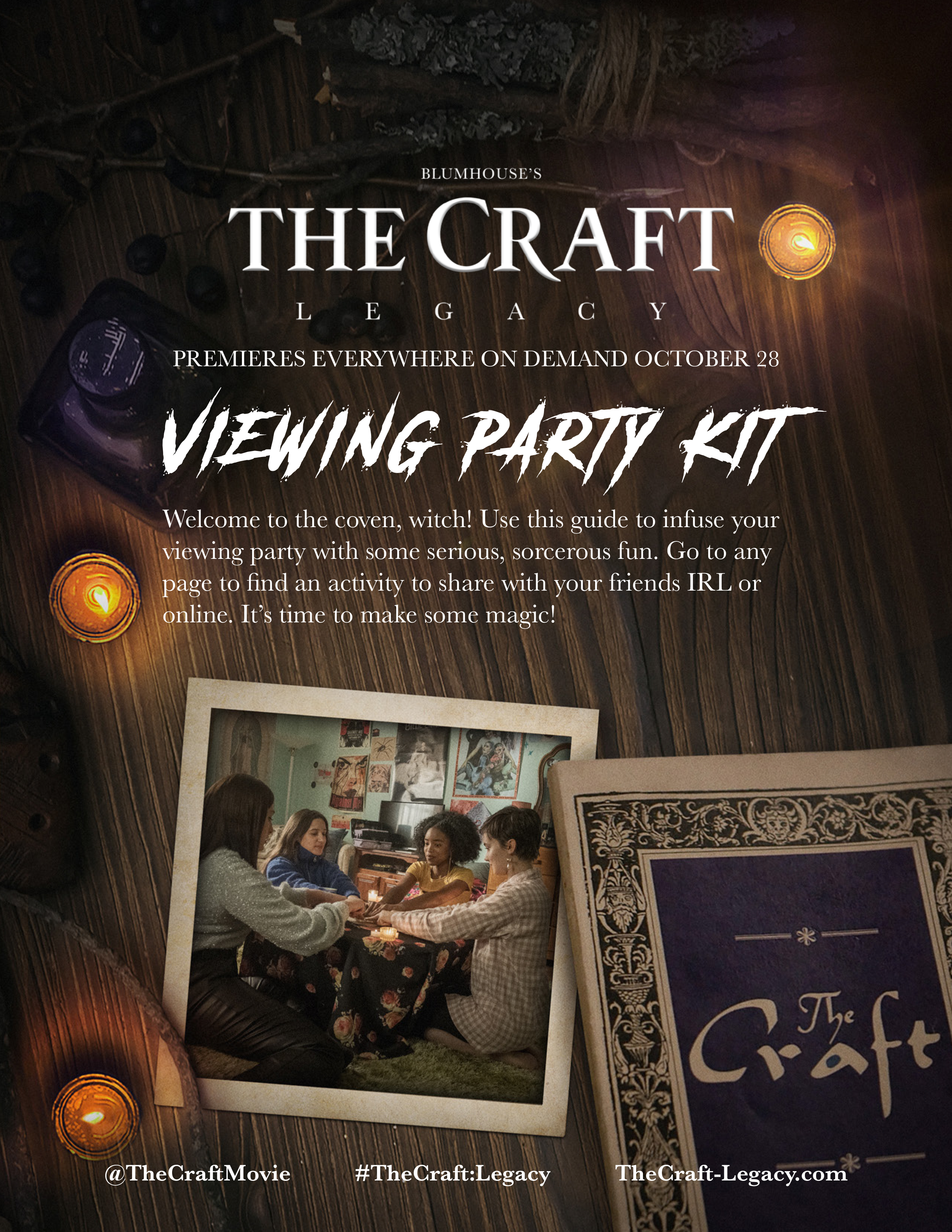 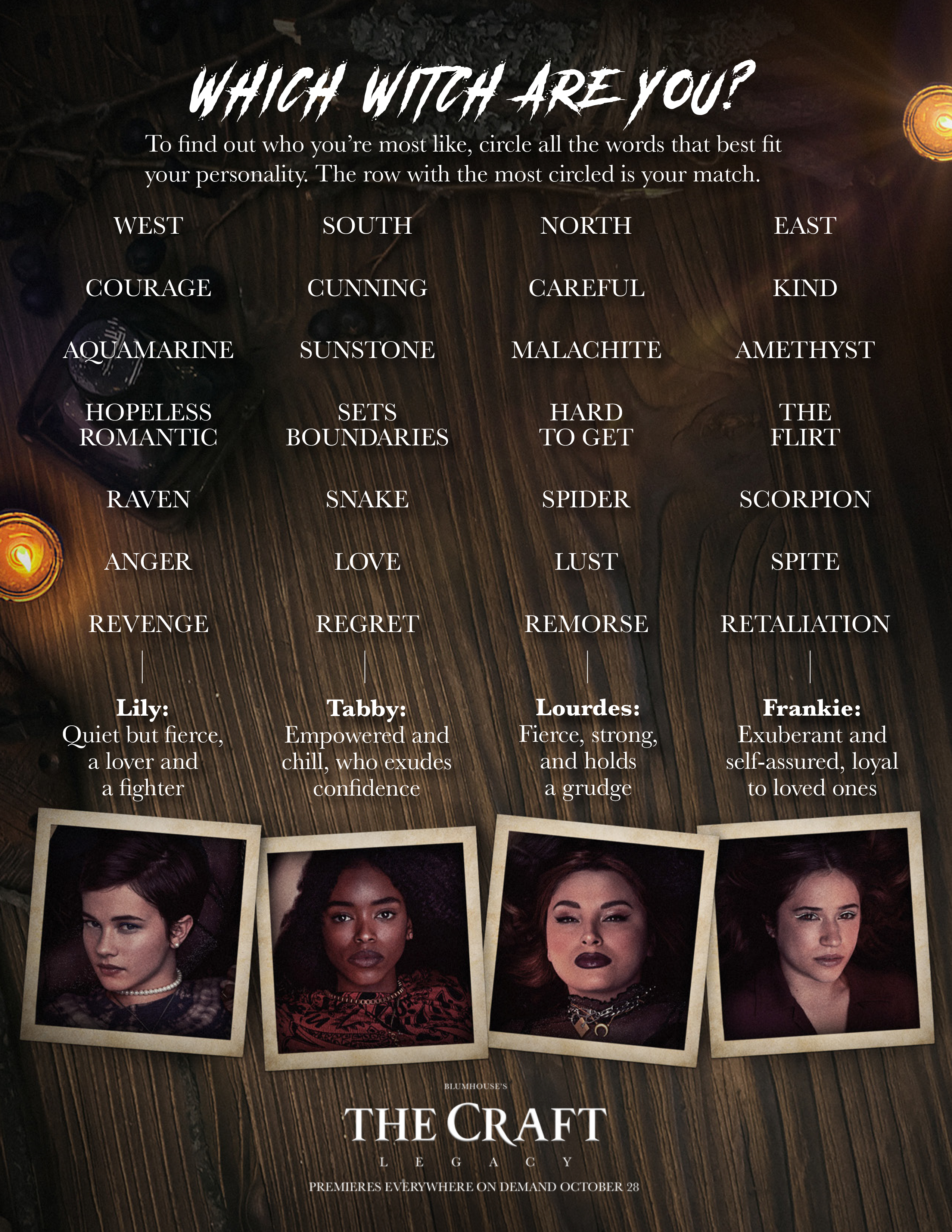 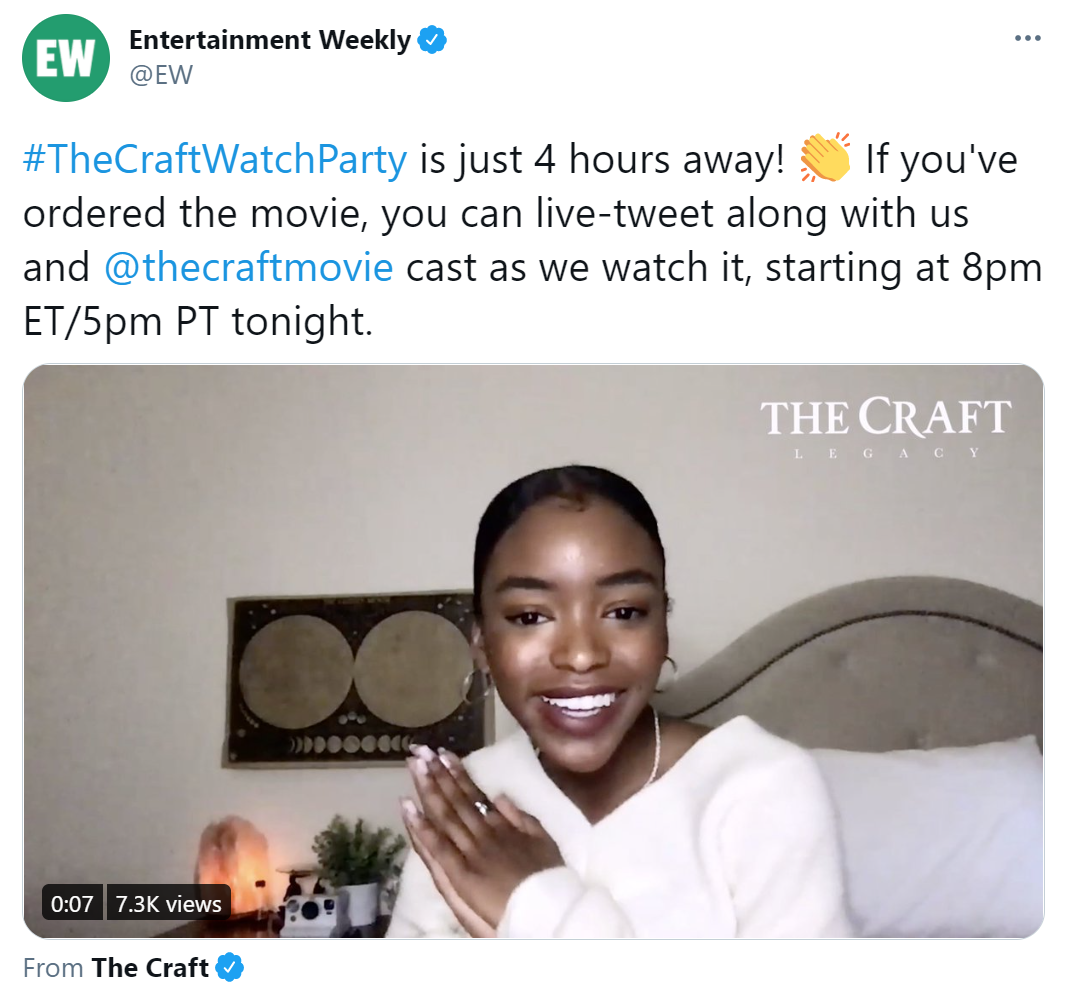 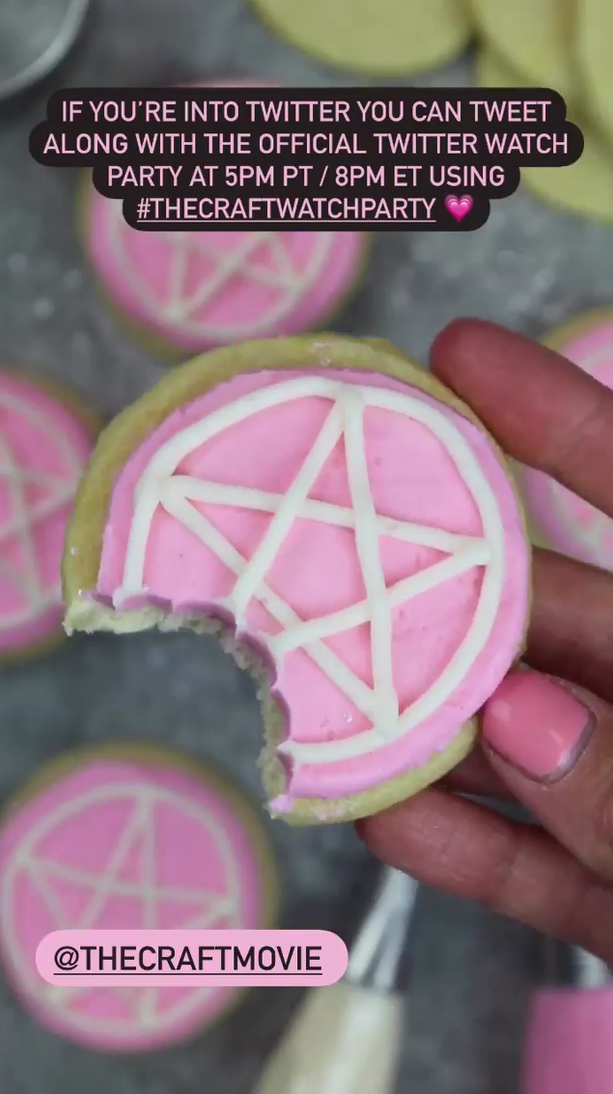 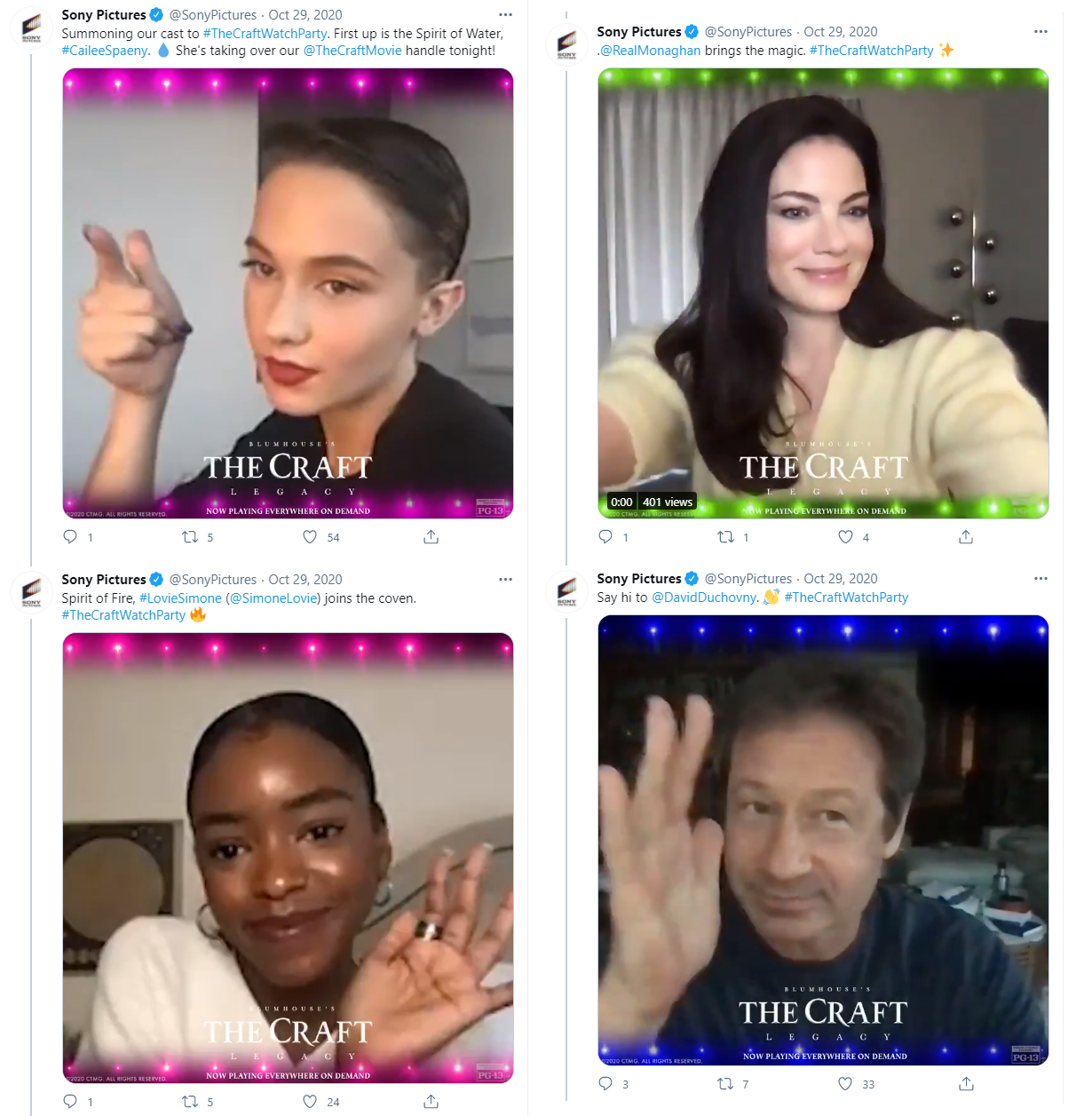 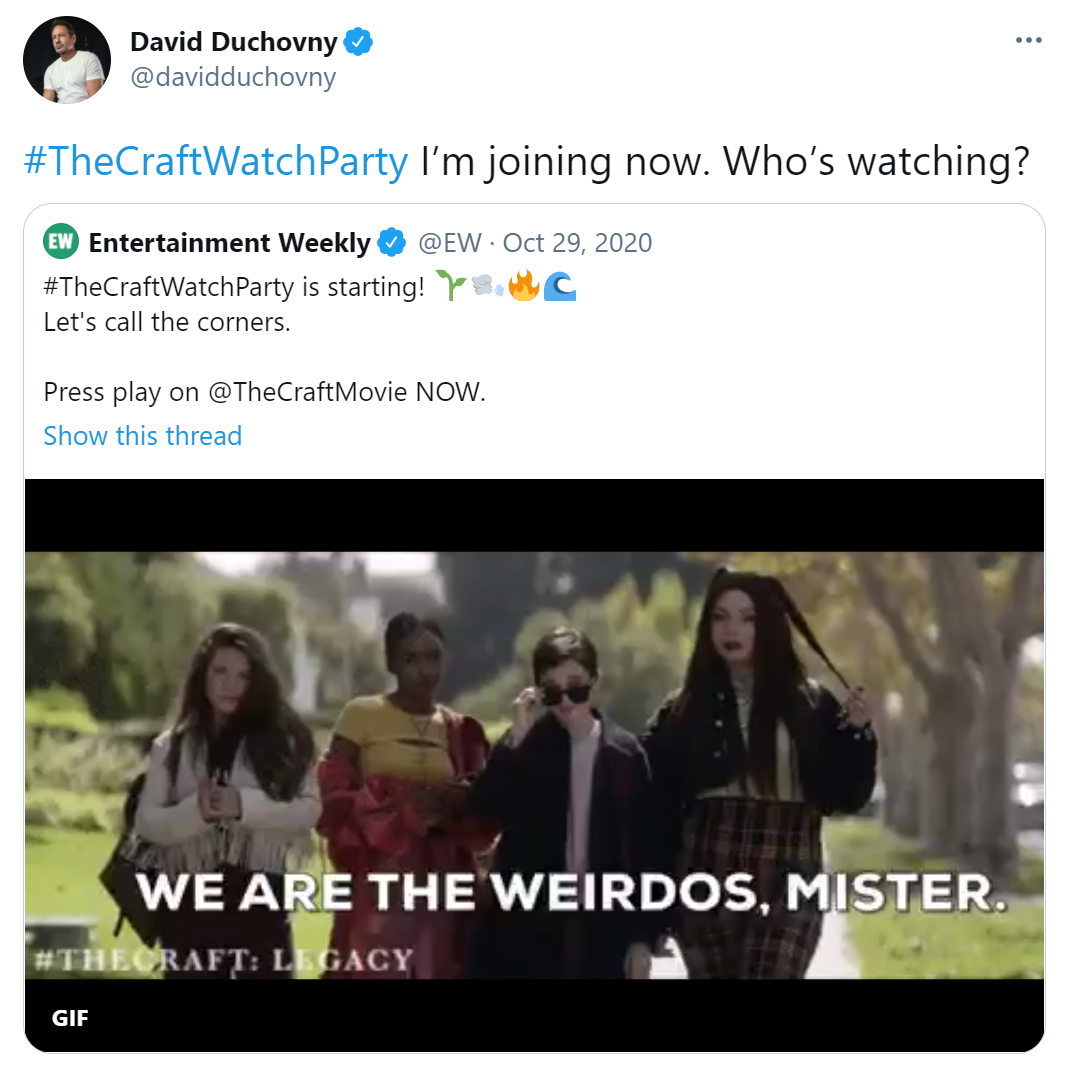 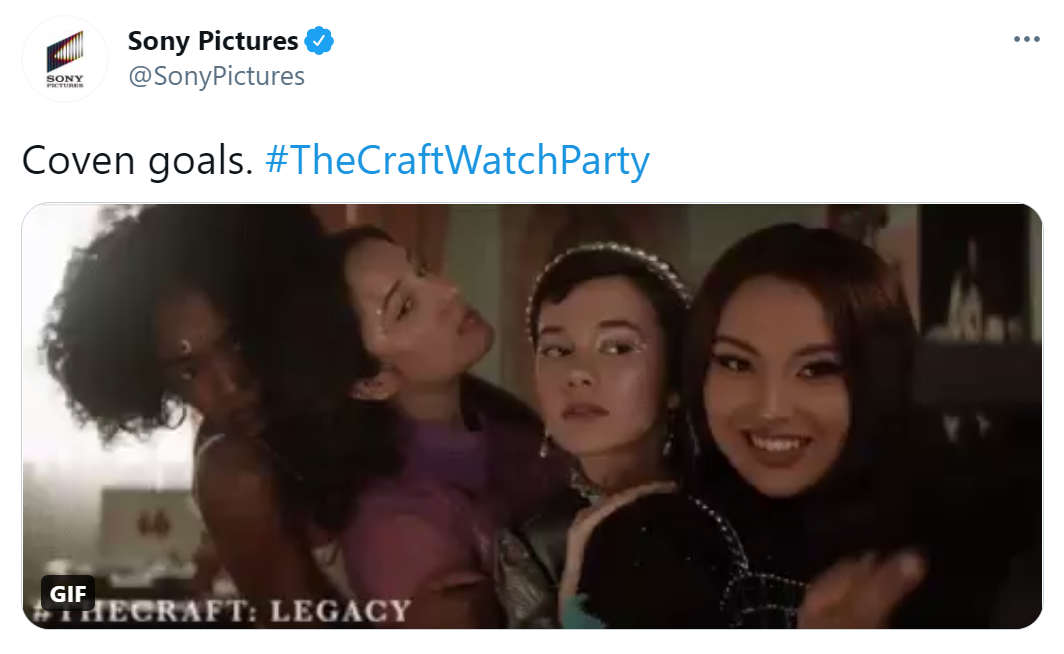 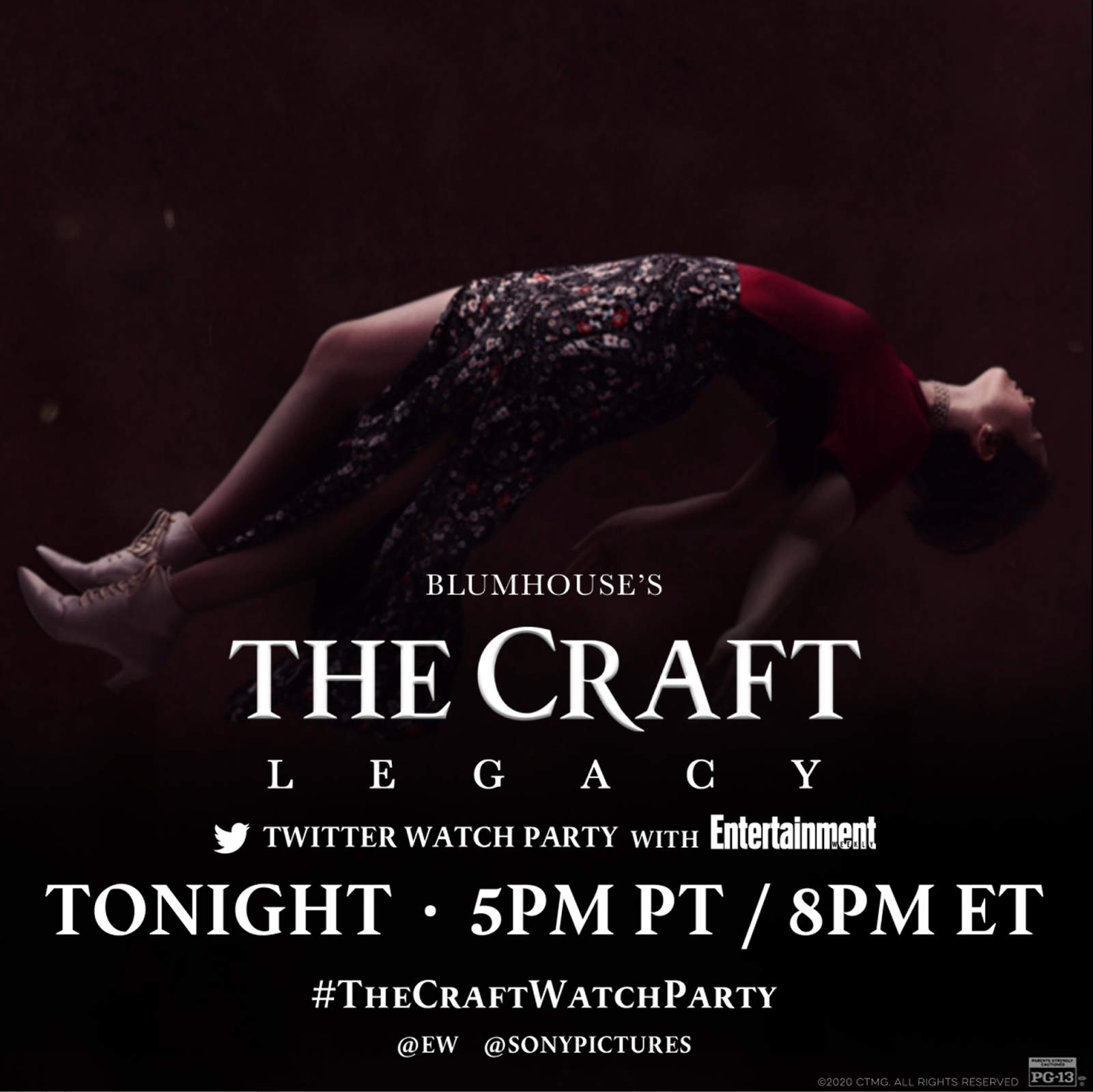