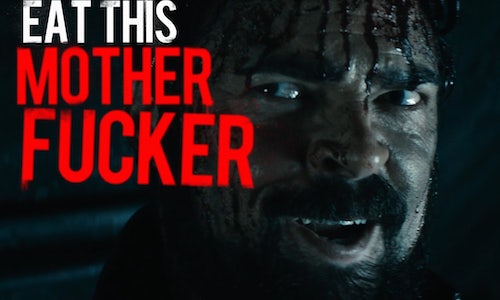 THE BOYS Season 2 - Quit your whining, they're back!

Create a buzzworthy campaign for the second season of The Boys on Amazon Prime Video - one that carries the unique tone of The Boys through all platforms and touchpoints, leaving rabid fans chambit at the bit to devour the season.

We learned from Season 1 that fans could not get enough of the absurdly funny, ridiculously foul-mouthed and over-the-top violence that The Boys does so well. So for Season 2, we leaned in fully - pushing the boundaries of how to market a show about the marketing and commercialization of the super-hero phenomenon.

With multi-millions of views, a couple of lego remakes and organic social that broke the mold, THE BOYS s2 was one of the most successful shows of the year!

Video for THE BOYS Season 2 - Quit your whining, they're back! 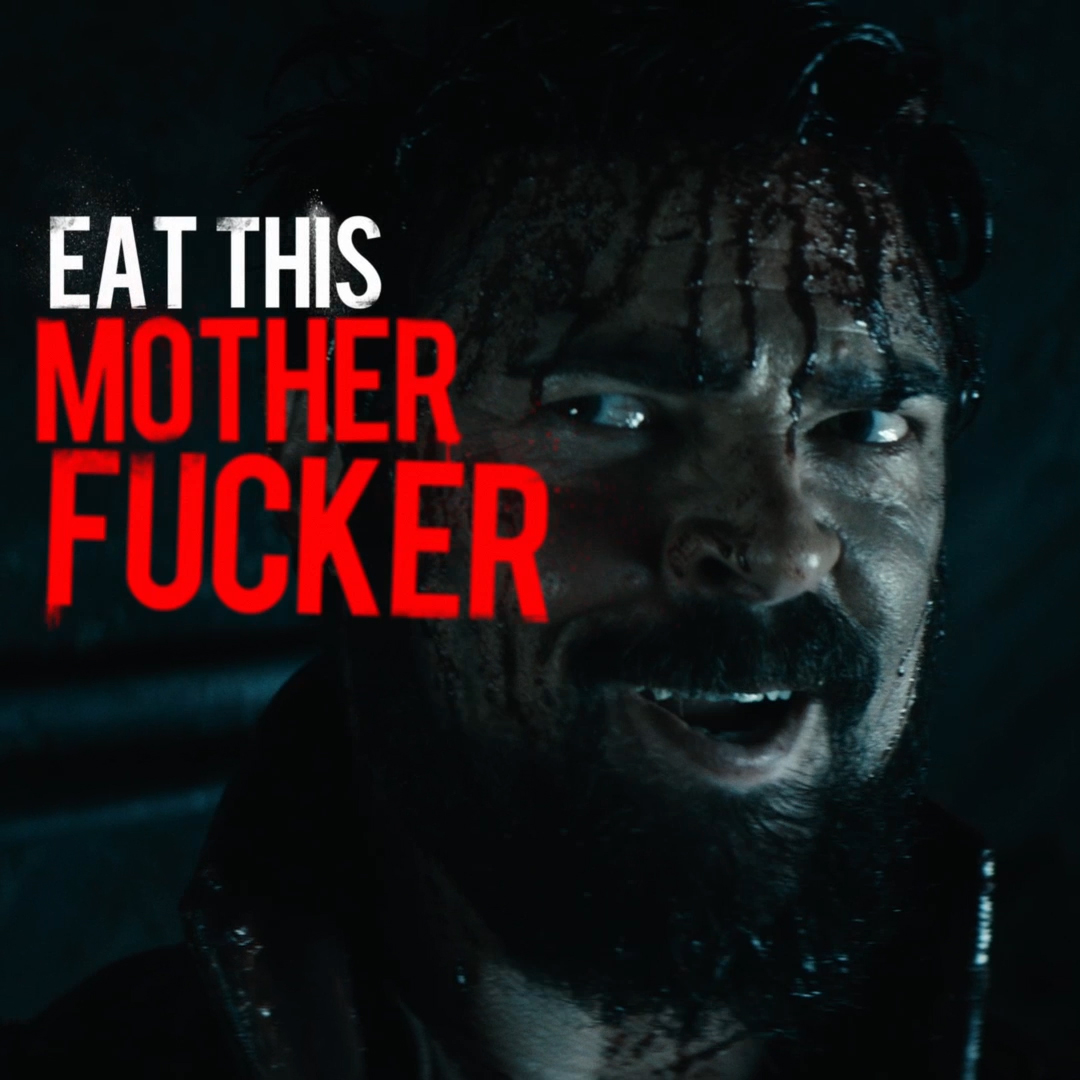 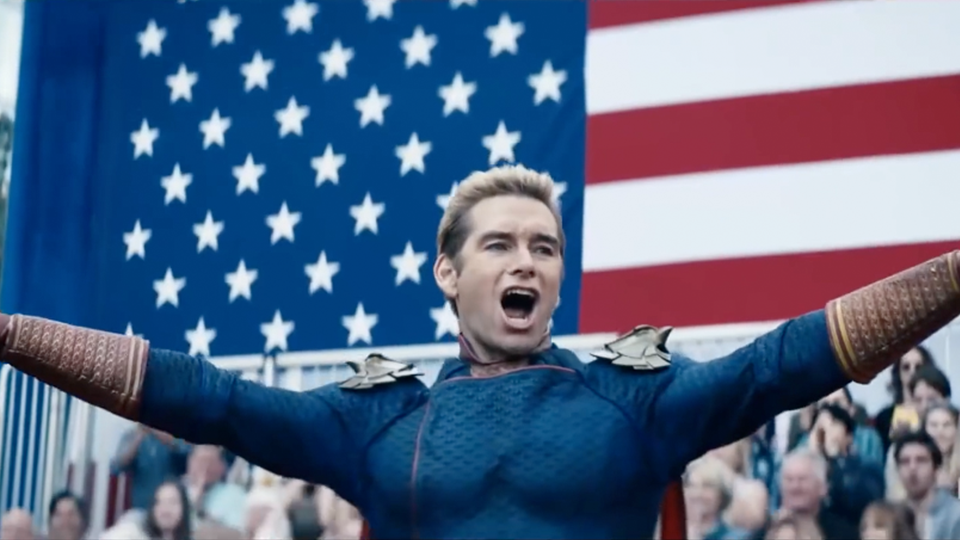 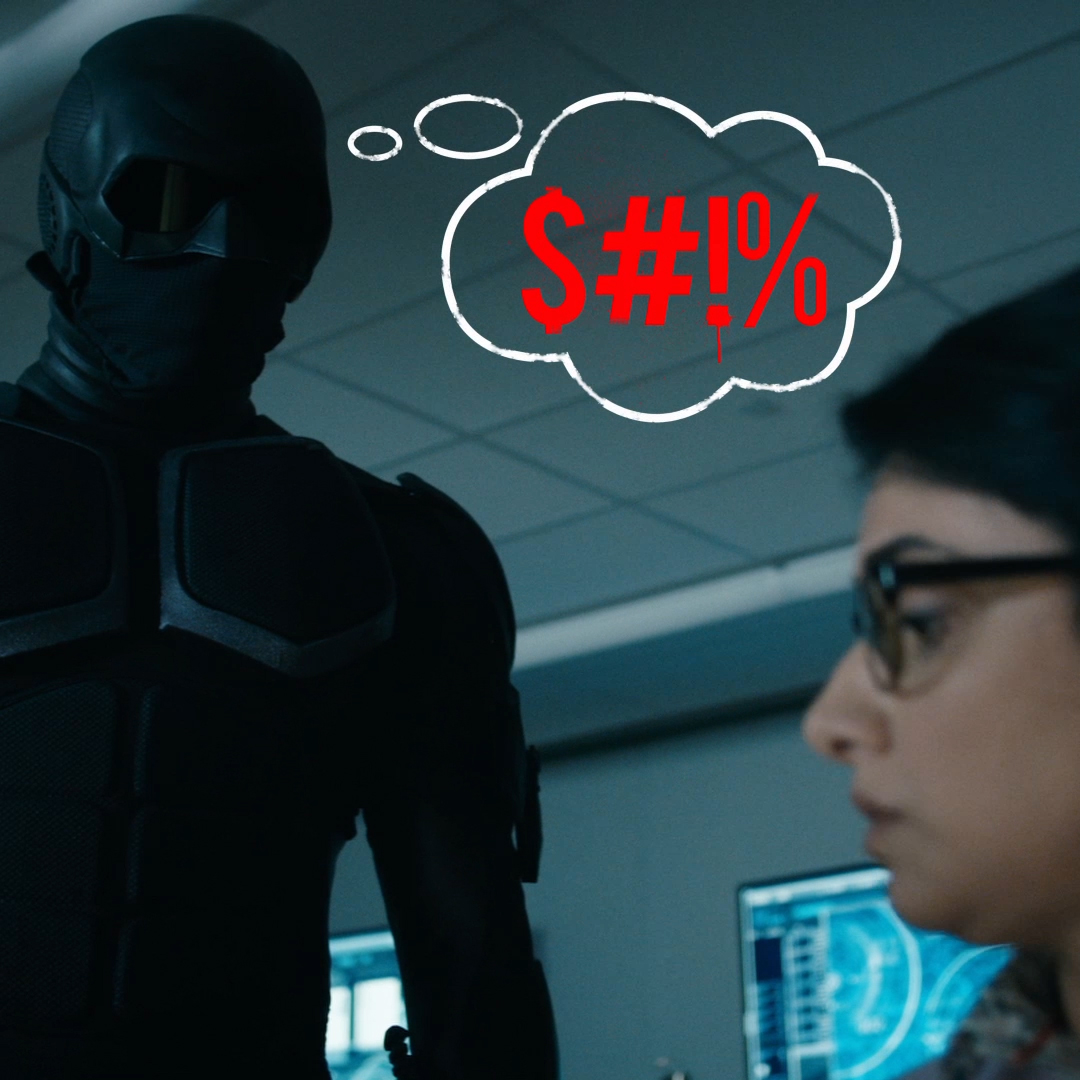 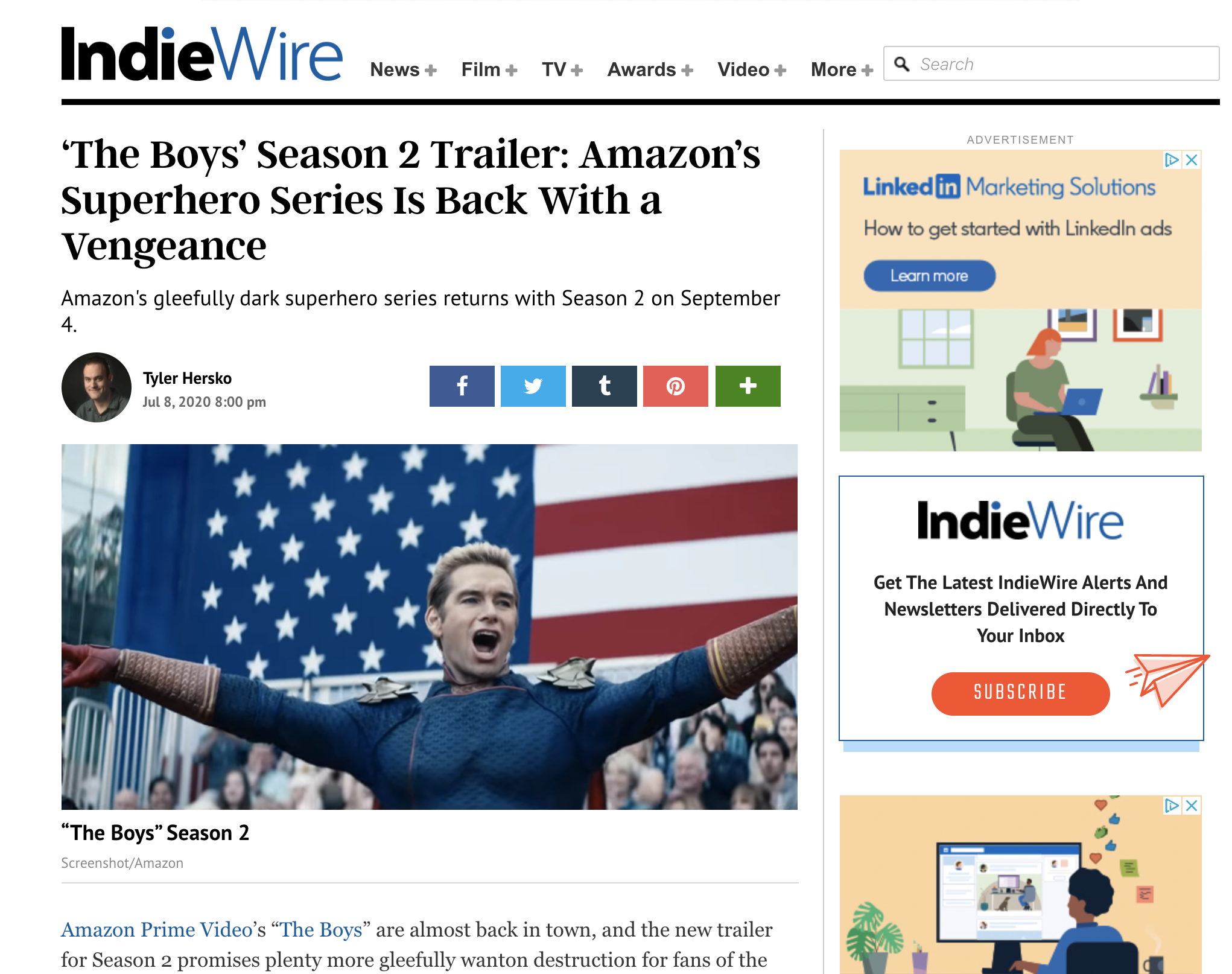 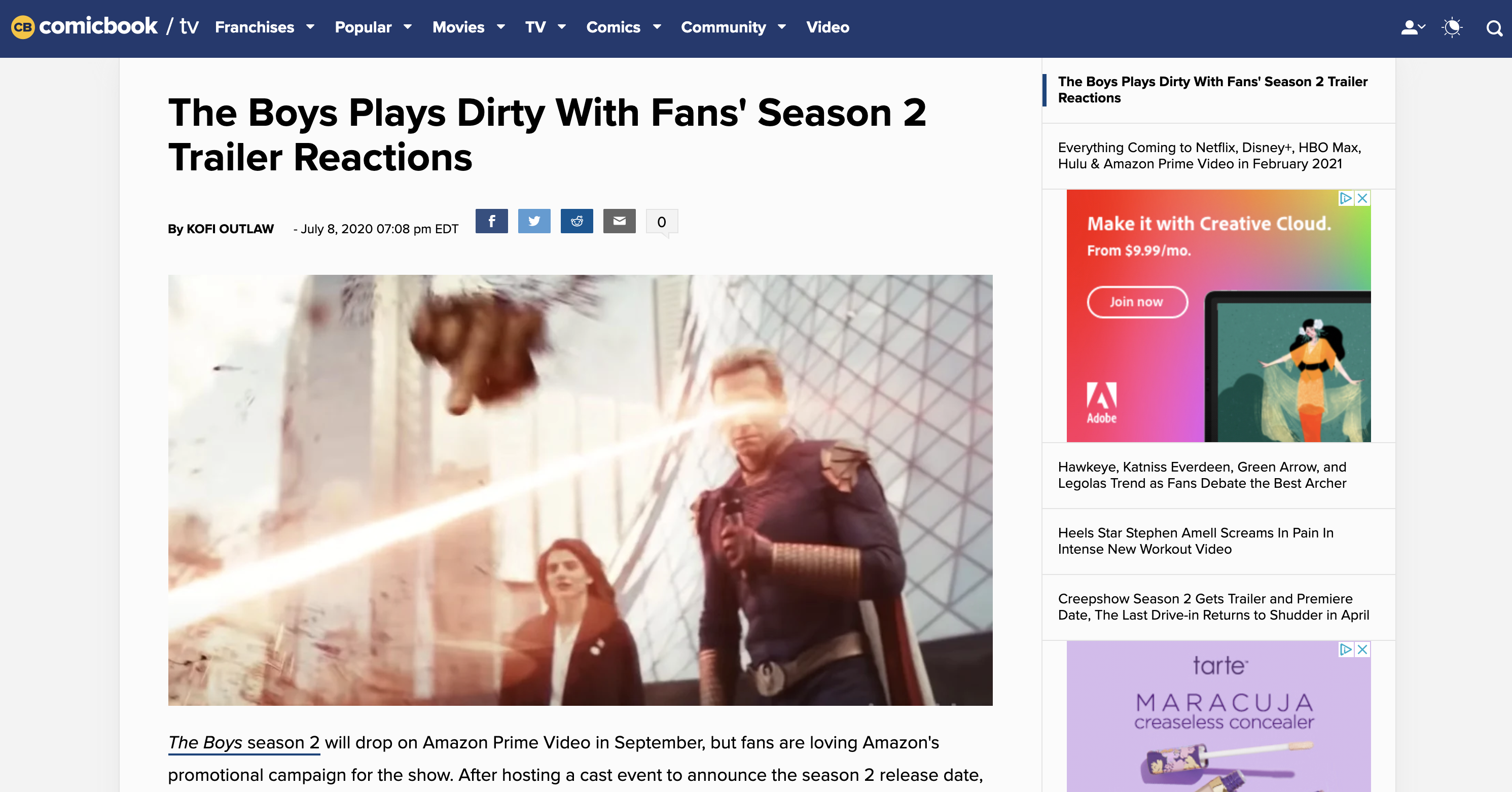