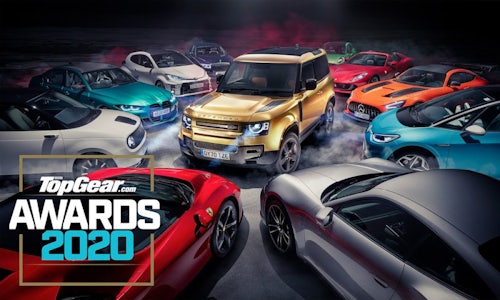 The 2020 TopGear.com Awards Premieres for the first time online

The TopGear.com Awards are an annual, invite-only, industry-focused event, celebrating the year’s best in the world of automotive. To receive a Top Gear award is to sit among a handful of the very best new cars on the planet. But, beyond a celebratory magazine issue and online coverage, our digital audiences have never been able to take part in the prize-giving. So, in a bid to spin an untimely restriction on events into an indulgent celebration of all things car, we sought to welcome greater participation in the TopGear.com Awards than ever before and deliver an online event with the scale and ambition that Top Gear is known for – and the glamour and pazzaz that it sometimes isn’t.

With that in mind, we sought to assemble 18 of the year’s greatest cars in a top-secret hangar – just outside of Oxford – and deliver a feature-length, COVID-friendly awards package as a YouTube Premiere event, with supporting films for all key winners (which would later sit across of all Top Gear’s digital channels) and appearances from Top Gear TV’s presenting trio.

Goal? Sit side by side with our audiences from the safety of the sofa and raise a glass of fizz to the greatest cars of 2020. Oh, and lift the profile of Top Gear magazine’s big shiny awards issue, whilst we’re at it.

In less than a month, Top Gear’s editorial team had driven, debated, and deliberated on the cars of the year that mattered – and had sourced an aircraft hangar big enough to hold 18 cars and a small, socially-distanced film crew. It wasn’t just the event film that was produced in that timeframe, either, but a series of supporting films for key category winners at controlled locations throughout the UK, from the Top Gear test track to the wilds of Exmoor.

Top Gear Magazine Editor (and presenter) Jack Rix pulled the 45-minute awards presentation together, with 18 categories seamlessly cross-stitched with individual cutaway films – all of which were sewn into individually-selectable segments on the final YouTube Premiere timeline.

Audiences were cordially invited to the 1 December Premiere via a short teaser trailer on YouTube, Facebook, Instagram, and Twitter as well as with supporting ‘save the date’ artwork with countdown/reminder functionality and notifications via YouTube’s notification bell.

The 45-minute hero video premiered across YouTube with engaging live chat functionality – with Facebook and TopGear.com running the video post-premiere as catchup.

By responding to the imminent needs of lockdown, and celebrating existing and new audiences, our digital results demonstrate the success, scale and ambition we put into this digital-first online event.

The Top Gear Awards saw significant engagement across all of our social platforms, garnering 3.25M views across the awards video and supporting awards films, as well as 5k peak concurrent viewers with 430k views on the main awards video. The main video delivered 5.7M impressions, with 69% of audiences coming from YouTube recommendations, and 58% of watch time from non-subscribers. This demonstrates that those who weren’t necessarily existing Top Gear fans were choosing to engage with this content.

These impressive results speak for themselves, showing that we were successful in providing some light relief and entertainment during a globally challenging situation, offering audiences the chance to directly participate and engage with an online event from a brand they love.

Video for The 2020 TopGear.com Awards Premieres for the first time online 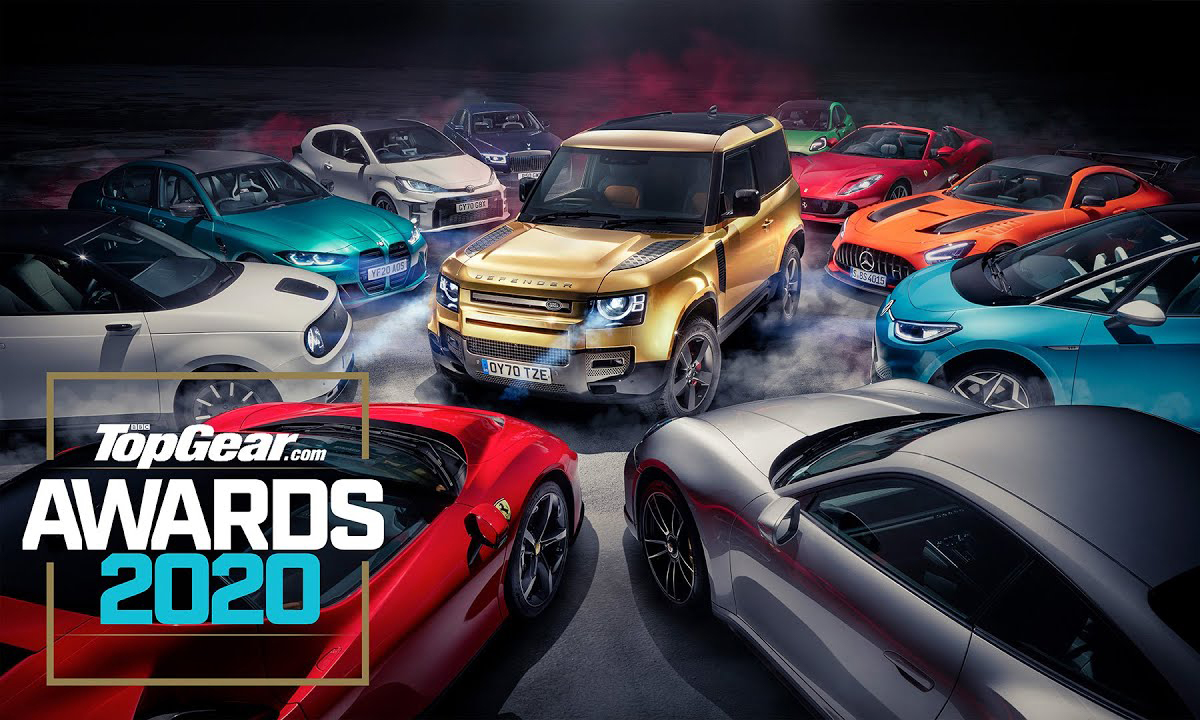