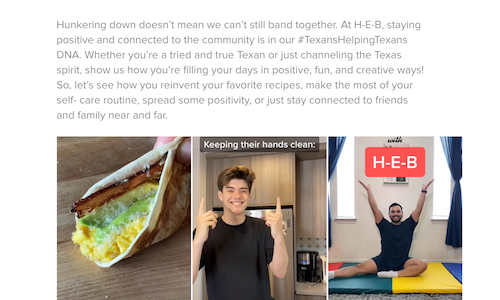 H-E-B was facing down a global pandemic in early March and April. They knew, as a corporate citizen, that their role was much more than a grocery store - H-E-B has been a cornerstone of Texas culture since 1905 when they opened their first grocery store.

It was too early to know the devastation of COVID-19, but H-E-B was seeing in its stores in early  March and April that younger customers weren't as likely to be wearing a mask, following social distancing procedures, and taking the virus as seriously as their older counterparts.

At the same time, H-E-B's customers wanted to know how they could help their fellow Texans - and in a way to combine both the needs to ensure the younger generation understood the severity of COVID-19, and to mobilize a community, the #TexansHelpingTexans hashtag challenge on TikTok was born.

Texans Helping Texans was a campaign H-E-B had just launched as a community-outreach initiative that’s guided by digital innovation, compassionate philanthropy and the generous spirit and strength that brings together all Texans during uncertain times.

In this style, H-E-B worked with TikTok to set up a branded hashtag challenge and worked with key Texas influencers to bring more awareness to the spirit and strength of Texans, and to serve as a positive reminder that Texans can get through anything together.

The Texans Helping Texans campaign helped H-E-B to build a sense of community and support with the TikTok community during these tough times. By using the movement to bring awareness to critical initiatives like social distancing, or using TikTok as a channel to stay connected with other Texans, H-E-B created an authentic campaign built on the foundation of sharing joy.

The Hashtag Challenge ran nationwide (since there are Texans everywhere!) and was started with three key influencer videos to lead the charge. Within hours, the videos using the hashtag came pouring in and continued in droves for weeks.

There were over 93M impressions of the campaign, reaching Texans far and wide.

Over 1M videos were created and submit during the hashtag challenge, blowing away H-E-B as a whole. To date, there are over 5.B views of the campaign and videos.

And it was Texans Helping Texans - with the highest number of videos that were created being submit by Texans. Though this was a nationally run campaign, it was relevant in other states, while still having the most UGC generated (deep) in the heart of Texas. 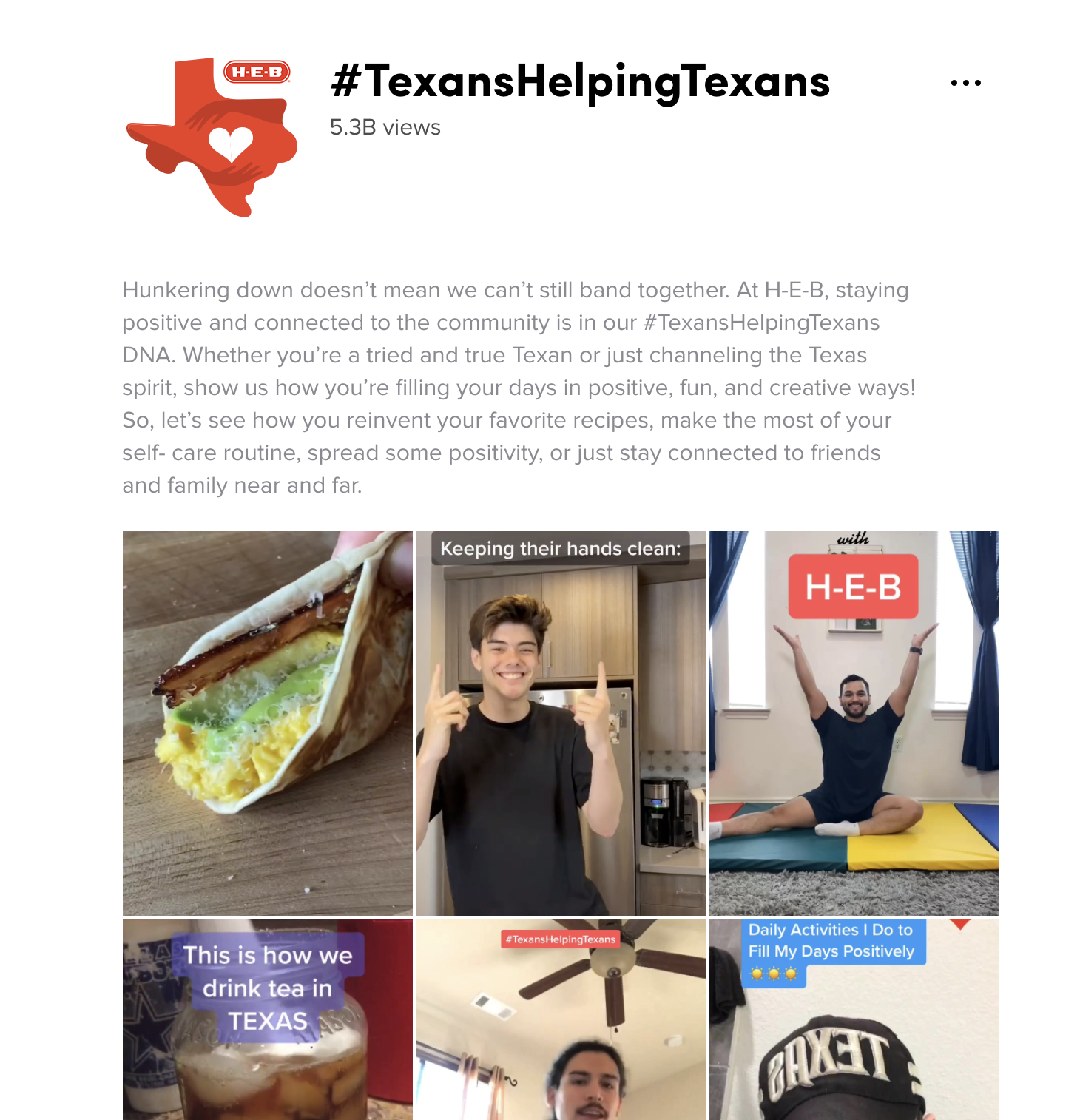