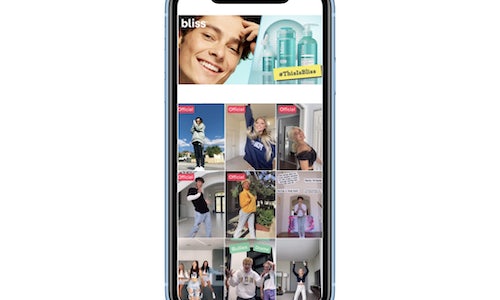 After some initial success on TikTok, beauty brand Bliss was ready to do something big on the platform. This is exactly what they did for the launch of their new product line, Clear Genius. Clear Genius is a product line that focuses on skin problems. TikTok has been recognized as the top platform to drive awareness among young audiences (source: Business Insider Jan 19, 2021). It was the perfect product for TikTok - they just needed the inspirational idea.

It started with the audacious goal - A campaign that would deliver FIVE BILLION VIEWS. That would require breaking records, so the team got to work. Bliss enlisted top TikTok talent network Collab and top TikTok strategists Movers + Shakers to develop the plans.

With that, work on the #ThisIsBliss program was ready to go.

The program started with TikTok marquee ad product, the branded hashtag challenge. Even with that incredible springboard, the idea would have to be perfect to capture imaginations across TikTok.

Like all great TikTok ideas, this one had to be simple, appealing, and routed in the product. That is exactly what was developed. A concept where TikTok Creators and consumers would share their insecurities through TikTok's text bubbles, and then would “wash away” those insecurities with a choreographed dance to an original branded song made for TikTok. It brought the core attribute of the product to life. This spoke to an issue that is hyper-relevant to the age group on TikTok. In addition, it leveraged TikTok tools and trends. It was in touch with what was happening on the platform at that moment.

The next step would involve bringing the right talent for the campaign. The right talent supercharges TikTok programs and inspires their fans to join in. That’s where talent expert partner Collab stepped-up.

To drive massive reach would require involving multiple communities on TikTok. Collab handpicked a range of creators; big and small. By activating a broad range of creators across multiple verticals, the Bliss hashtag would inspire more and more of TikTok. 17 top creators were activated and coordinated for the campaign. These TikTokers included talent such as Avani, Loren Gray and Michael Le. They created original videos, putting their own insecurities on display. This then showed how with Bliss, they were washing away the negativity. The fans were inspired and quickly joined in on the challenge. This also included a $500 product giveaway.

Beyond individual Creators, Collab tapped into an emerging trend that was driving views that could make the program a breakout success. TikTok content houses were becoming popular on the platform. A Content House is a house where a bunch of Creators live. The creators inspire each other, and the group effect gave way to additional narratives which the fans loved.

This campaign not only included three of the top content houses, but it was set-up to drive a friendly rivalry between them. Each House engaged positivity while dancing it out in a cross-profile competition. With the battle being held on Bliss's account, this unique approach saw engaged fans rooting for their favorite house in the comments all boosting Bliss’ account.

Combining the right media product, a strategic idea, and innovative approach to talent paid off. The seemingly impossible goal of five Billions views was shattered. #ThisIsBliss has surpassed that, hitting 6.7B views! The campaign additionally drove more than 8.5 million engagements. More than five thousand TikTok user generated videos were submitted.

Bliss’ account saw tremendous follower growth. Ultimately the campaign went on to become one of the most successful ever done on the platform.

In one campaign Bliss achieved one of their biggest goals for 2020. A testament to the power a great campaign can have on TikTok. 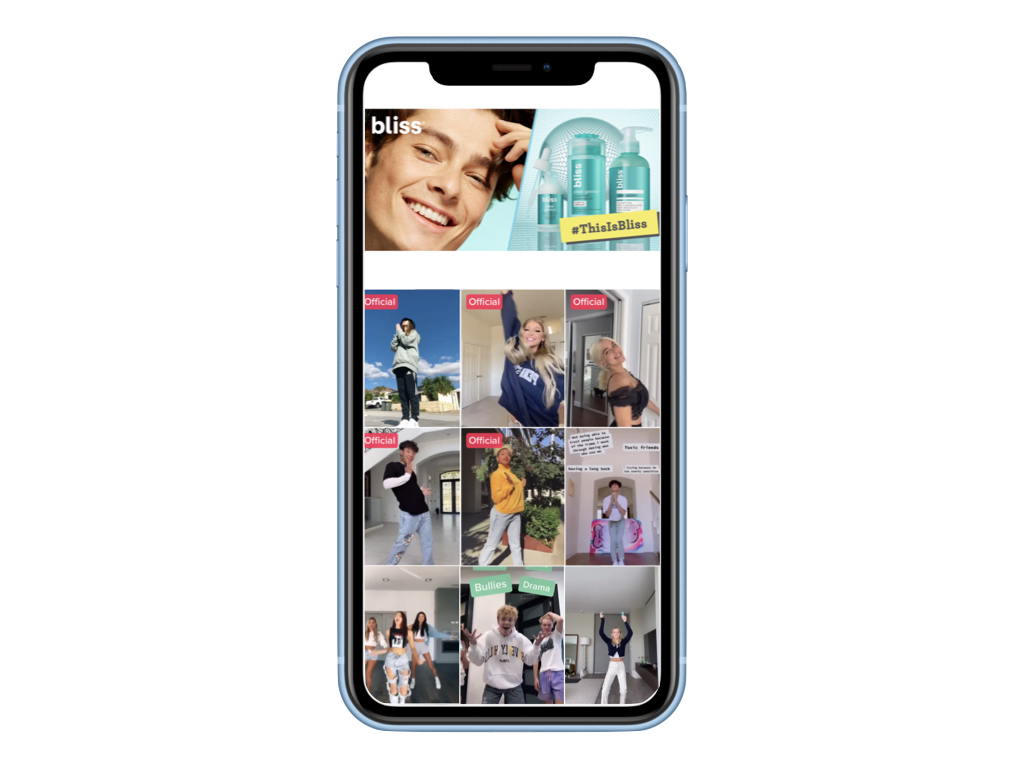