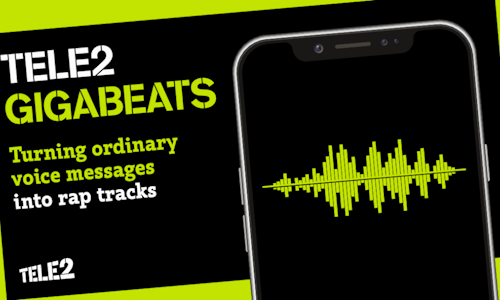 Winner in Creative use of Technology

Tele2 is the fastest growing operator in the world, but in Russia its positions are not so strong. The Russian telecom market is heavily cluttered - marketing budgets of the three largest competitors are several times higher than Tele2 investments.

Generation Z is one of the most significant audiences in this field. They spend at least 6 hours a day on their phones - and they constantly use social networks to communicate with friends. And although Tele2 traditionally has a high level of consideration among zoomers, the pressure from competitors has become much more noticeable over the past few years. Not only do they hold large-scale campaigns in popular Gen Z media, but also began to actively play on the territory of “honesty” in communication which is traditional for Tele2.

Therefore Tele2 had an important task to protect and strengthen its positions among young people: to win back a part of the audience from competitors and attract the attention of Generation Z.

Working with a Gen Z audience, we faced following problems:

Therefore we chose a strategy of launching small projects in relevant channels using formats that had not been used by competitors. Which channel did we choose?

According to research, not only technologies and advanced features are important to a zoomer's choice of brand, but also relevancy - the brand has to share their spirit and values. Moreover, communication and image-building is also very important to them: they crave to be original and have their own “style” using stickers, gifs etc.

The audience behaviour on social media experienced a radical change recently: people are less likely to act out and are more likely to transfer to direct messages or micro groups - and it’s proved by growing popularity of social media messengers. Besides, Gen Z’ers don't like calling friends, butlove texting - and they also actively use voice messages.

We focused on the most popular Russian social network Vk.com - it covers 90% of Generation Z in Russia and is known not only for its wide communication opportunities, but also for its music library. Taking advantage of the fact that music is one of the biggest interests of Gen Z, Tele2 created a service that allows you to customize audio messages and communicate according to your own rules - “GigaBeats”. How does it work?

“GigaBeats” is created with a chat-bot, which in a couple of clicks turned voice messages into rap tracks. To record a unique track users had to send or record a voice message and select one of three bits made by popular hip-hop beatmakers. In order to  increase interest Tele2 offered competitive mechanics with prizes for the best tracks. We also used reach-gaining announcements both in social networks and in lifestyle and music publications. The audience also learned about the new service from Tele2 itself through targeted promo posts on Vk.com. All these steps and well сonsidered mechanics made the project go viral.

Despite the limitations that Tele2 faced, the brand was able to solve its problem - to gain the attention of Gen Z using a non-standard solution that helps to express their individuality in even a seemingly standard format - direct messages.

As an outcome we achieved: 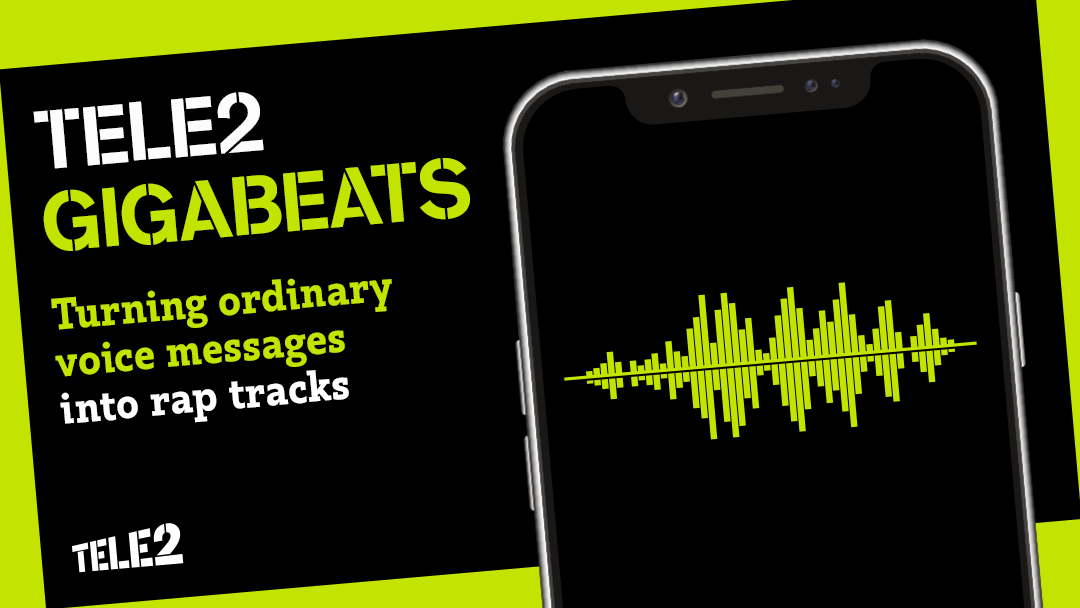