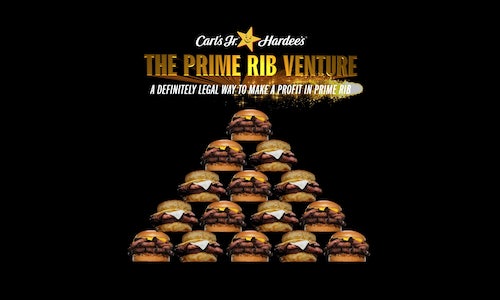 Carl’s Jr. and Hardee’s were looking to launch their new, super indulgent Prime Rib Menu which just happened to fall at the onset of a global recession. Knowing that Prime Rib for lunch or breakfast felt a bit extravagant especially amid a recession, we needed an idea that gave people a sense of urgency and fomo around our Prime Rib Platform to get them talking and wanting in on the action.

Our goal was to create hype about our Prime Rib platform to help boost sales of the Prime Rib products nationwide.

The solution? The Prime Rib Venture: a (definitely legal) investment opportunity where customers could get their hands on the new Carl’s Jr. & Hardee’s Prime Rib Menu at a fraction of the cost.

To create awareness and buzz around our venture we launched videos and posts on paid social media that led to a landing page, and got influencers like Lance Bass to spread word of mouth about the one of a kind deal the Prime Rib Venture truly was.

The Results? In the first 20 minutes of launching the venture, all 1,500 Round 1 investments were taken. So we opened up a second round of investment and doubled the number of slots. And when all 5,000 of those sold out too, we did it again.

In the end, recruiting a small population of 16,000 Prime Rib investors had a huge ROI across systemwide national Prime Rib sales. It contributed to a 78% spike across all prime rib sales once the Prime Rib Venture launched (a 58% spike in systemwide sales throughout the full four weeks), helping Carl's Jr. achieve double QSR category sales while Hardee's reached sales about 40% higher than QSR category.

Oh, and we made Lance Bass relevant again.

Video for The Prime Rib Venture 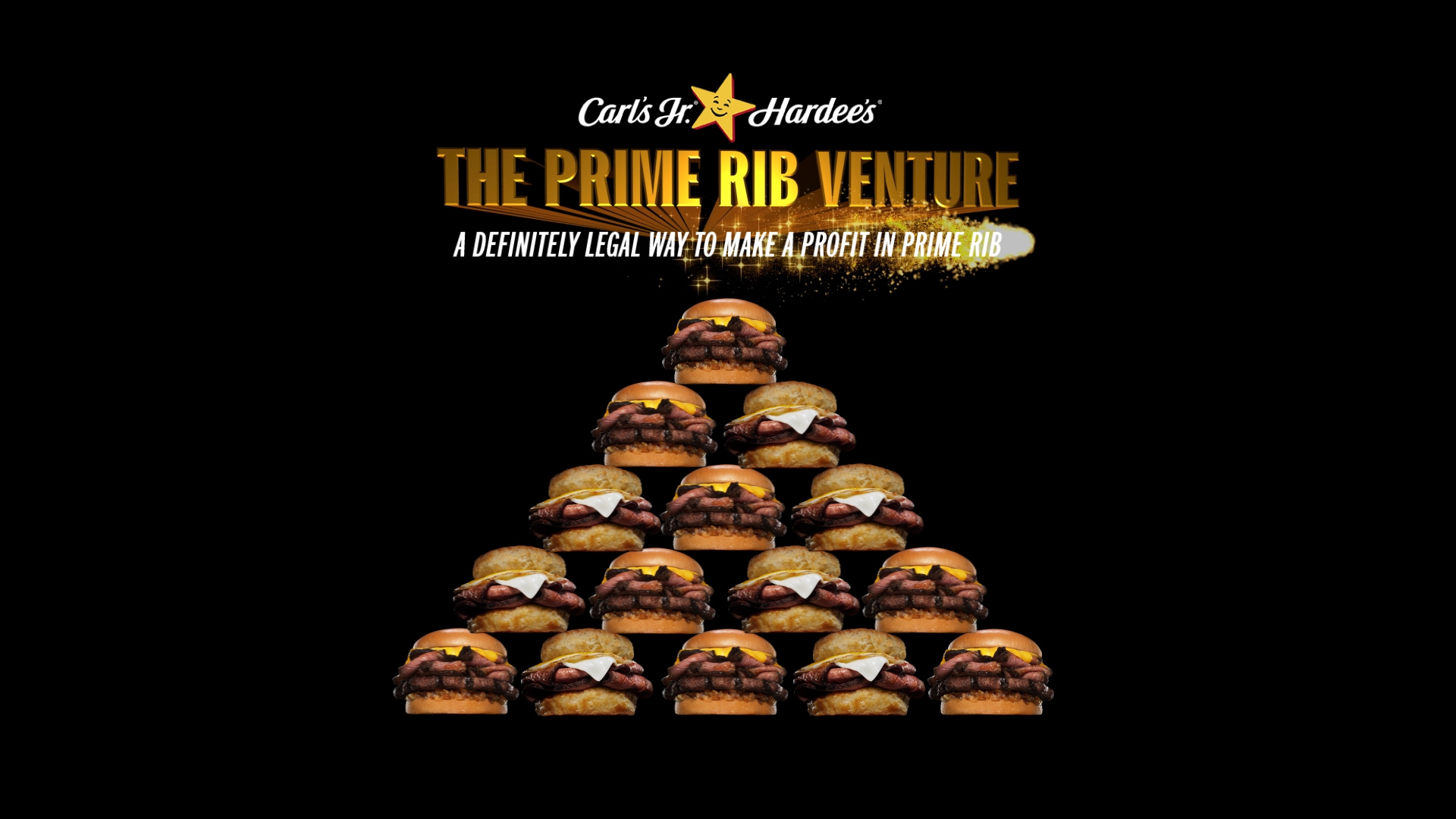