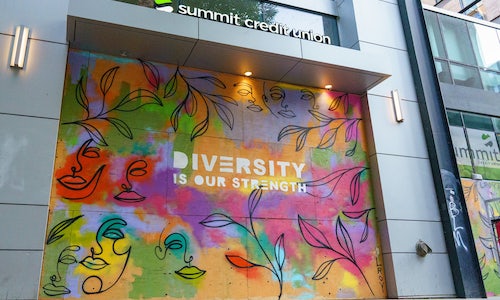 Following the police-related death of George Floyd in May 2020, protests erupted across the country, including in Madison, Wisconsin. As protests became riots, downtown Madison businesses suffered damage, leading business owners to board up their windows. Madison’s community spirit began to truly shine, with residents coming together to clean up the damage and local artists painting the plywood on business windows with inspirational messages. As one of those downtown businesses, Summit Credit Union (Summit) wanted to take this opportunity to lean in more, leveraging their mantra, Diversity is our Strength, to show community support and start a conversation about how they advocate for diversity with employees, members and throughout the Madison area.

Since we had not undertaken an initiative quite like this in the past, we had no direct benchmarks to base goals on. However, knowing social would likely play a role in sharing this story and that impressions were our key performance metric, we pulled the following directional numbers to use (year-to-date, January-May 2020):

Hiebing and Summit have worked together for nearly a decade, which enabled us to move quickly while staying on-brand with an appropriately measured tone during such a volatile time. And, fortunately, Summit’s commitment to diversity and equity for all is deeply rooted in the brand, so it was an authentic story for them to tell.

The team quickly reached out to a local artist who had been on our radar and whose style was ideal for this initiative. The young Black artist agreed to create a mural inspired by the Diversity is our Strength mantra on Summit’s downtown branch windows, even donating a portion to community support causes, continuing the spirit of the movement.

But with a global pandemic causing many people to work remotely and not visit the downtown area, combined with a University of Wisconsin summer break, meaning fewer students passing by this usually high-traffic area located right off the main campus, Summit wanted to ensure the message would be seen as far and wide as possible. So, quickly – and in accordance with state and local health orders – Hiebing coordinated a production with the artist and a videographer meeting at the branch to capture this message as it was being created. The result was a time-lapse look at how the mural was created. During the editing process, we took the approach of simple, straightforward storytelling to allow the Diversity is our Strength message to shine. This video was then shared through Summit’s internal communication channels to show support of employees, members and the community as a whole.

The video and overall message were so well received, Hiebing and Summit then worked with the artist to expand that mural via full-fitting window clings to Summit’s company headquarters, located adjacent to a major interstate highway. And, to inspire local branches, each branch manager was encouraged to display their own take of the mantra via art on their respective branch windows. They then submitted photos of their art, which was shared via a Facebook album to keep the story going.

What’s more, this seemingly simple initiative has inspired even more discussion on what can be done internally and externally to build even more meaningful diversity support across everything Summit does.

This initiative took many turns between its infancy and the end result, in accordance with ever-shifting community sentiment. For example, while there was discussion of publishing the video on Summit’s social channels and promoting it, we sided on a more conservative, organic approach so it didn’t come off as trying to profit off of such a meaningful moment, focusing on the series of images telling the evolution of this story across Summit’s footprint as opposed to the video that only spotlighted one branch.

But in the end, looking back at our goals, this initiative proved to surpass our initial expectations and continues to guide our conversations about additional diversity initiatives, including possibly creating employee face masks with the same artwork, partnerships with local organizations, annual report information and more. 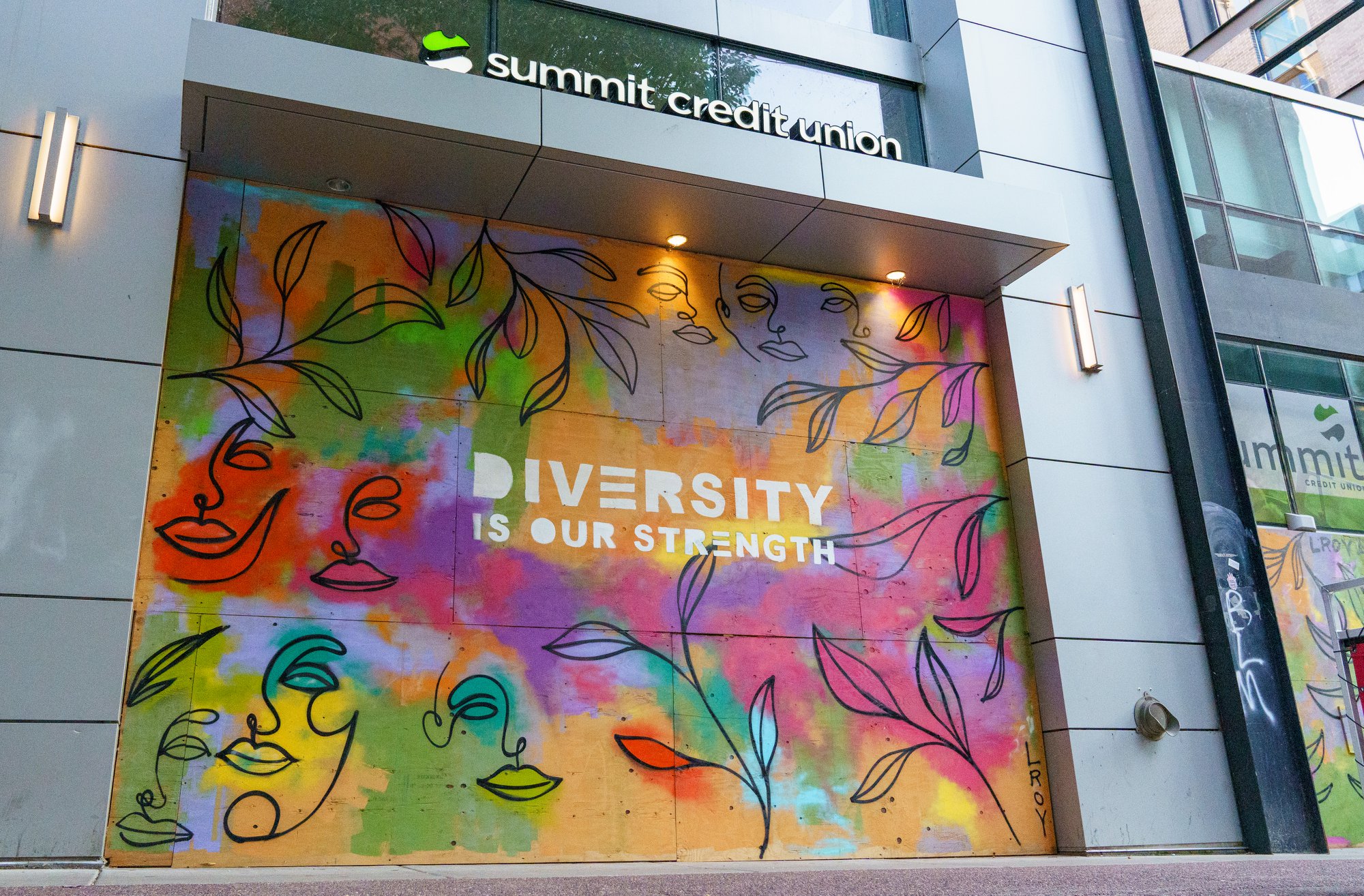 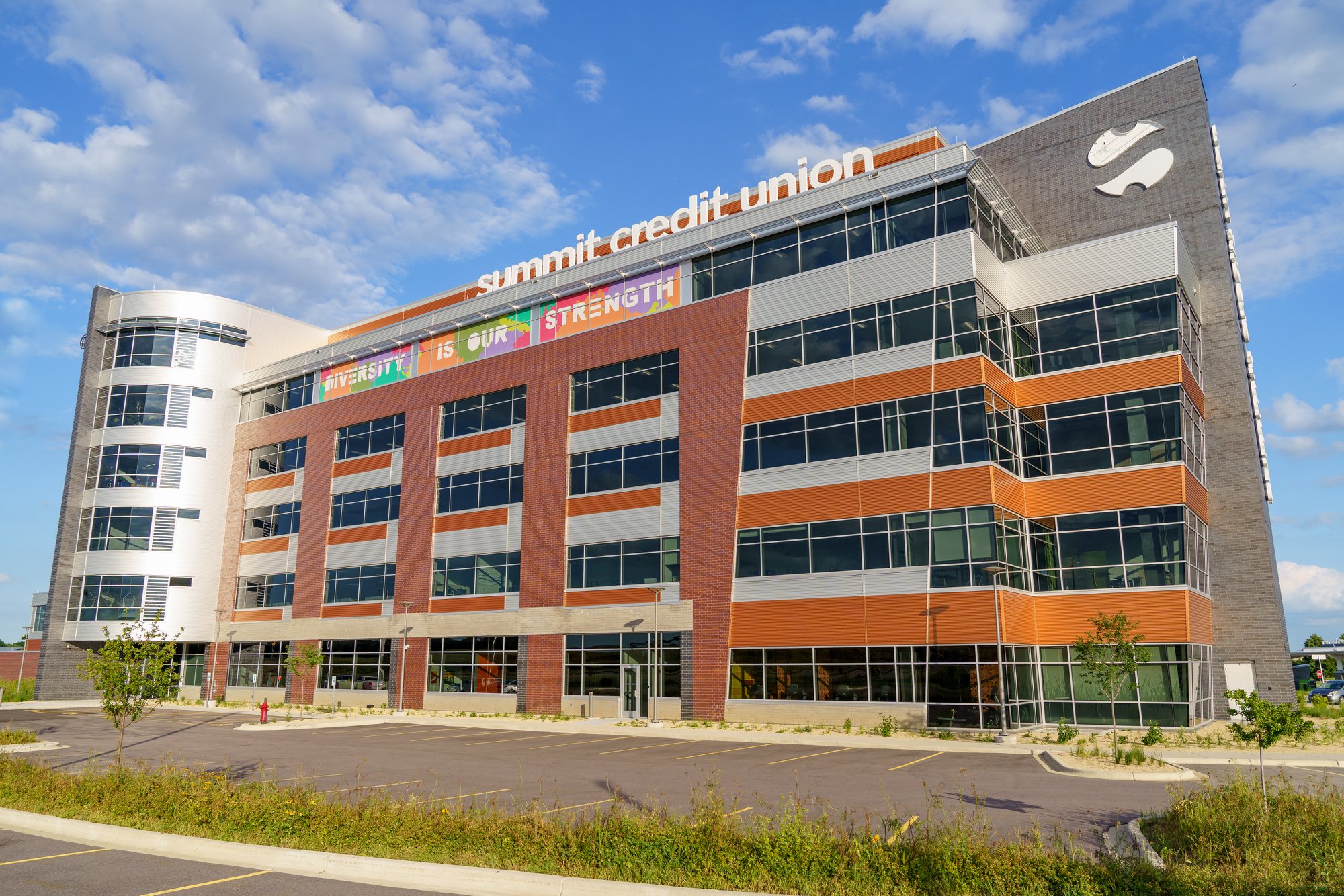