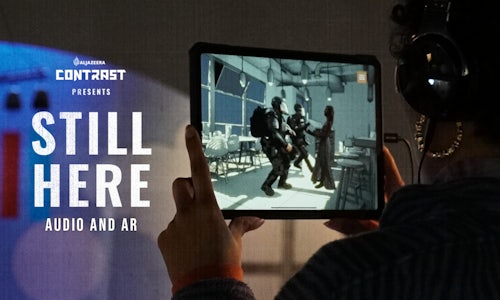 Still Here Audio and AR explores the impact of incarceration and gentrification on Black women in the US – one of the segments of our population hit hardest by injustice, and often overlooked in the national discourse. It is an audio story accompanied with augmented reality (AR) filters that bring the location and characters’ thoughts, anxieties and fears to life. The story is told through a composite character, Jasmine Smith, who returns to Harlem, New York City after 15 years in prison. Her narrative is based on real life experiences and was crafted in collaboration with formerly incarcerated women from the Women’s Prison Association (WPA).

While gentrification is a universal phenomenon, what sets it apart in the US from other parts of the world is its inextricable link to incarceration. Still Here Audio and AR sheds light on how the reentry process impacts Jasmine when she returns to a neighborhood she scarcely recognizes. Together with over-policing of low income people of color, gentrification also led to a steep 31.4% decline in black-owned businesses in NYC from 2007 to 2012. Instead of feeling at home in their neighborhoods, people like Jasmine feel further alienated and locked into a cycle of poverty and crime.

AJ Contrast wanted to retell the story of gentrification in a deeply engaging and innovative way. To create an audio experience that would be forward thinking – both editorially and in format – Still Here combines factual journalism with creative fiction writing and immersive technologies.

Optimized for iPad Pros and widely available on the App Store, Still Here Audio and AR is the longest narrative AR experience ever created. The 18-minute audio story is divided into three chapters in which Jasmine interacts with her uncle, a coffee shop owner and a homeless person, with each chapter accompanied by an AR filter, or scene. The AR filters act as windows into Jasmine’s mind; her thoughts, fears, hallucinations, and the myriad visions and expectations projected onto her. In one scene, her interaction with a homeless man recognizes Black people’s history of persistence and resistance – themes that have taken on a new meaning in post Black Lives Matter America.

As gentrification is location specific, we chose AR to ‘transport’ listeners to the Harlem neighborhood. While hearing the audio story through headphones, the listener steps through a virtual door and finds herself/himself on a street in Harlem, New York City. Additionally, we chose AR as an effective way of overlaying the space with visual information that could more effectively demonstrate the effects of gentrification on Jasmine and her community. We believe that this makes the audio story more nuanced and impactful.

Grounded in the principles of co-creation and collaboration, our editorial approach always brings those hardest hit by conflict and inequality directly into the storytelling process. Since 2017, we have trained hundreds of journalists in immersive storytelling and have produced award-winning 360º films together with the communities. Our aim was to make sure that Still Here Audio and AR also followed these values and was created with the participation of the formerly incarcerated women themselves.

We started with workshops on immersive storytelling with the formerly incarcerated women from the Women’s Prison Association (WPA), storyboarded the script for the experience with them, and included their feedback during the post production process. “Working with AJ Contrast was a unique experience because we, as systems-involved women, were sought out as experts in our own stories,” Elaine Daly, WPA graduate and Still Here collaborator, said. “More often, we are approached by storytellers looking to check boxes, but with AJ Contrast, we drew the boxes ourselves, and the team filled them in with their own creativity and amazing technology.”

The creative writing force behind Still Here Audio and AR – Carvell Wallace – is a New York Times Bestselling author, memoirist, and award-winning podcaster who covers race and culture for a wide variety of news outlets, including Al Jazeera, New York Times Magazine and Esquire. He has written cover profiles of Riz Ahmed, Mahershala Ali and Samuel L. Jackson. Wallace also spent fifteen years in youth non-profit doing direct case management and program design for youth populations in incarceration, and foster care. He is currently co-writing a book called Profiles of People Who Hurt Me with rapper Meek Mill, whose controversial arrest became a rallying cry for the urgent need for bipartisan criminal justice reform in the US.

Praised for its creativity and community focused storytelling, Still Here has received significant attention from the media and other organizations. “I was so taken with this project,” Patrick Gaspard, President of the Open Society Foundations, said. “You’ve told an important story in a newly immersive format that doesn’t dazzle with tech but instead manages to center the humanity of the challenge.”

Having premiered at the 2020 Sundance Film Festival, Still Here Audio and AR is considered the longest AR experience ever created and is widely available to the public. The experience can be downloaded for an iPad Pro through the App Store. We also introduced Still Here Audio and AR to millions of Al Jazeera online audiences through social media campaigns, sharing recorded walkthroughs, social videos, Instagram stories, posts and Twitter threads.

Offline, Still Here has already inspired two panel discussions in NYC with community activists. We also collaborated with LinkNYC on a 29-day Black History Month campaign in February featured on 3,546 HD displays in the five boroughs that highlighted New Yorkers’ thoughts on incarceration and gentrification. 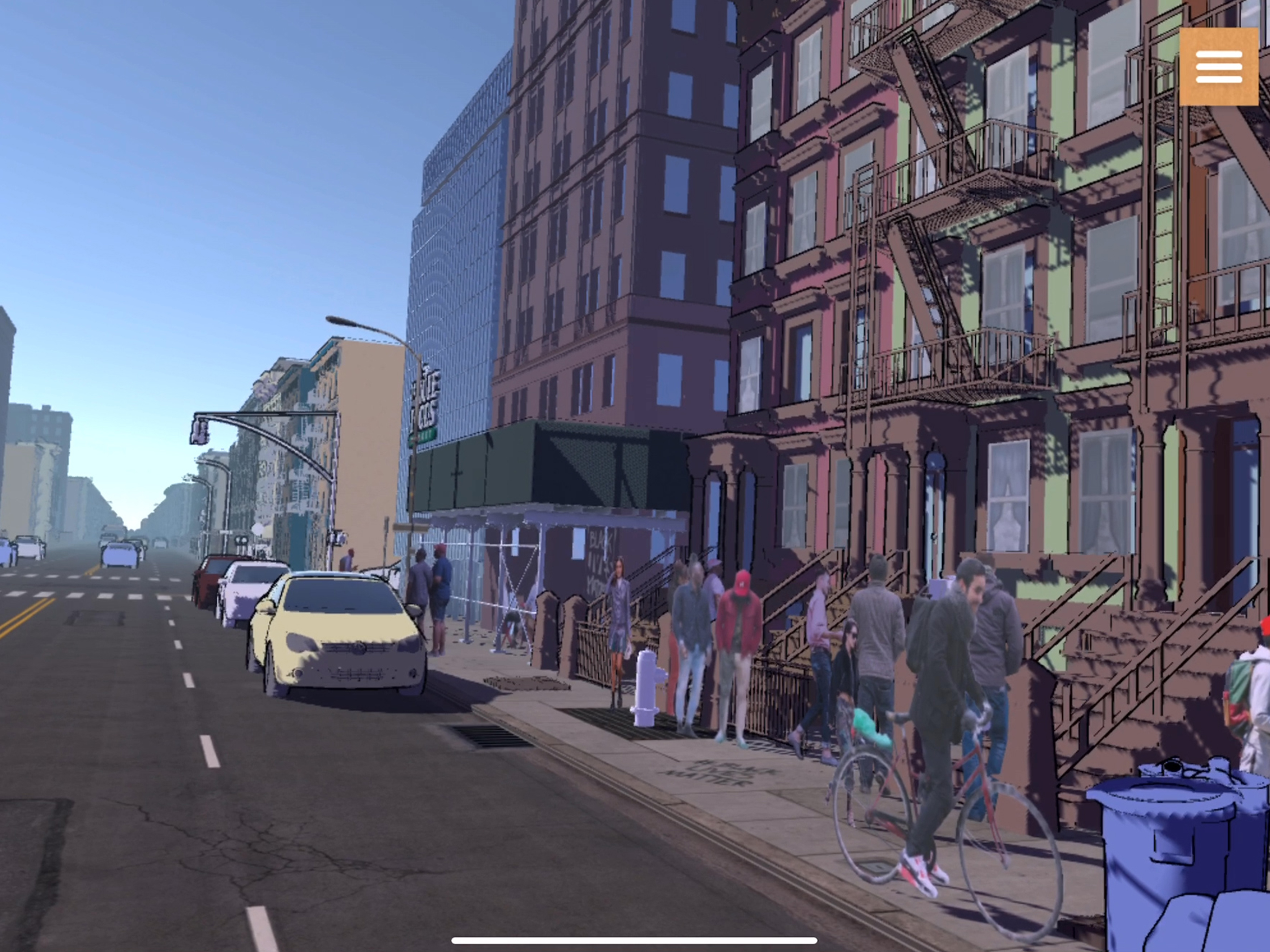 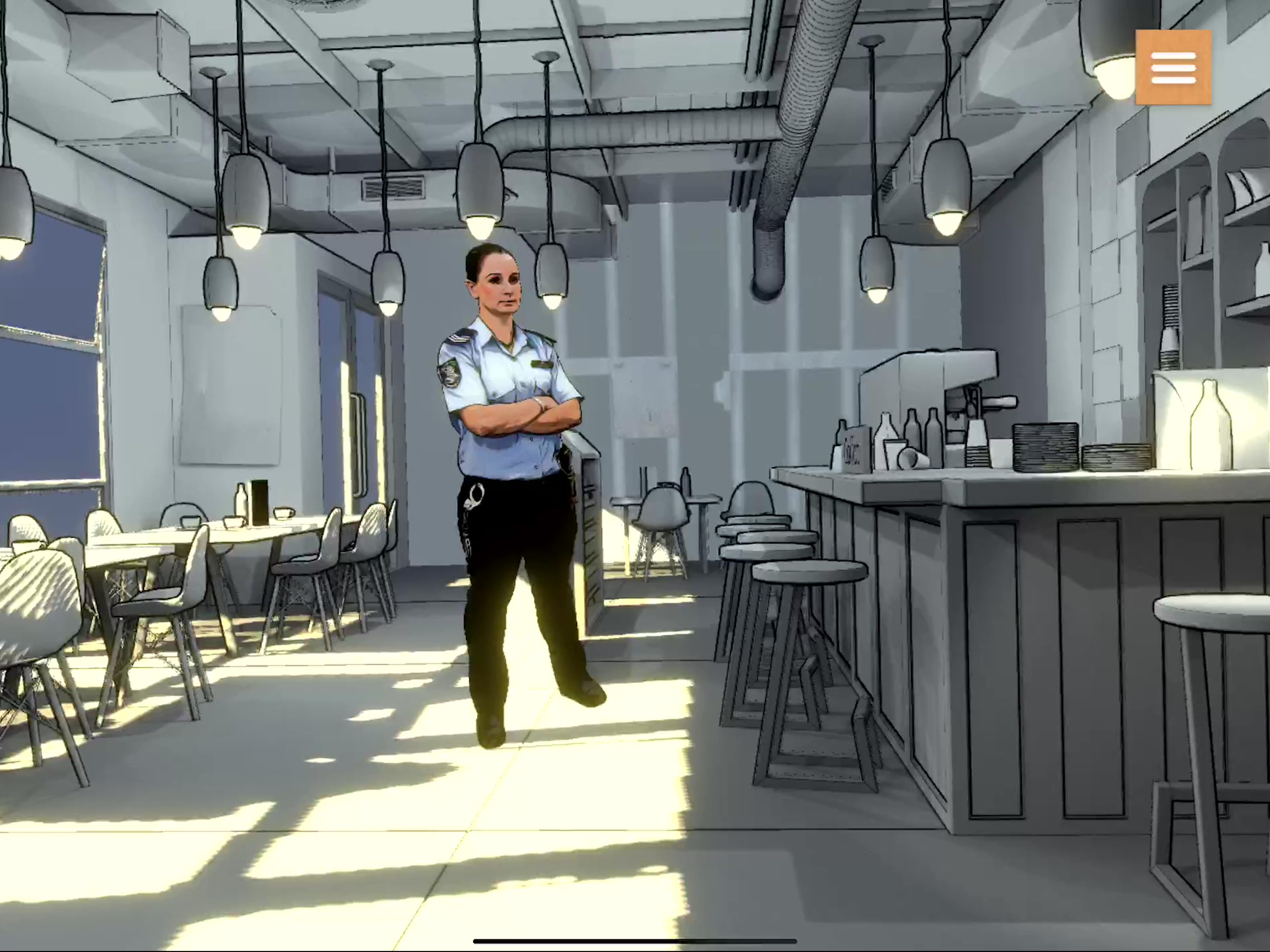 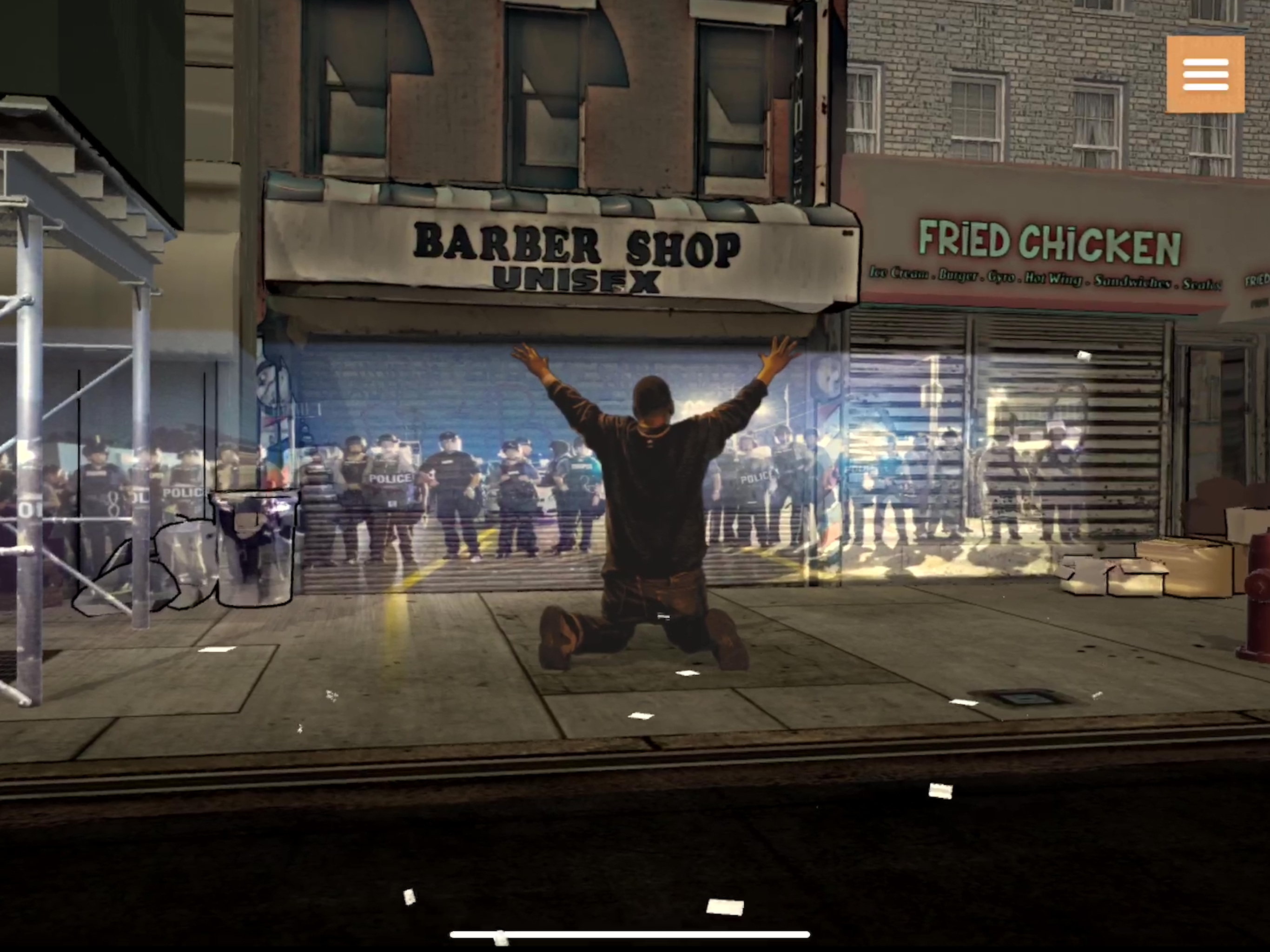 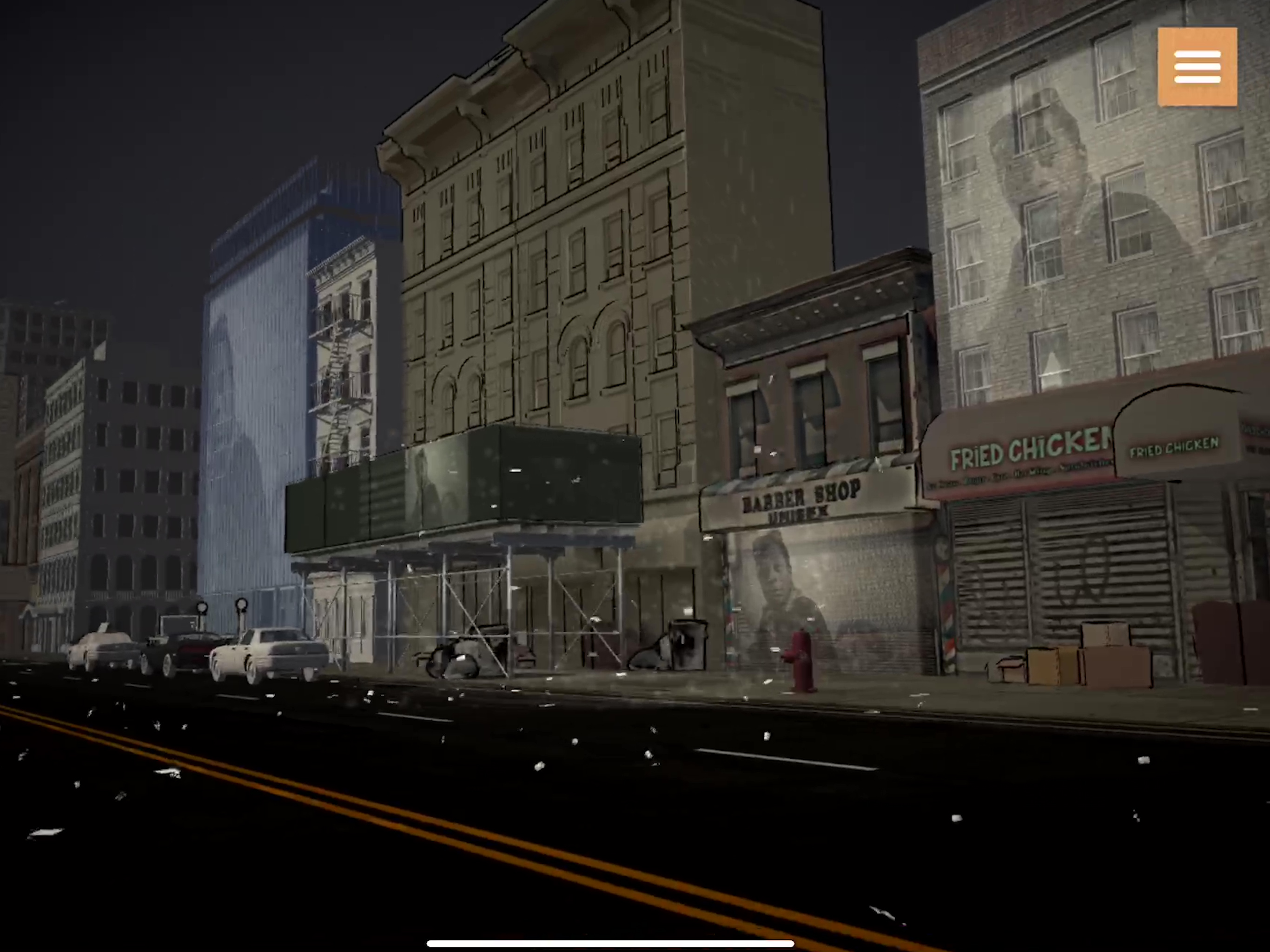 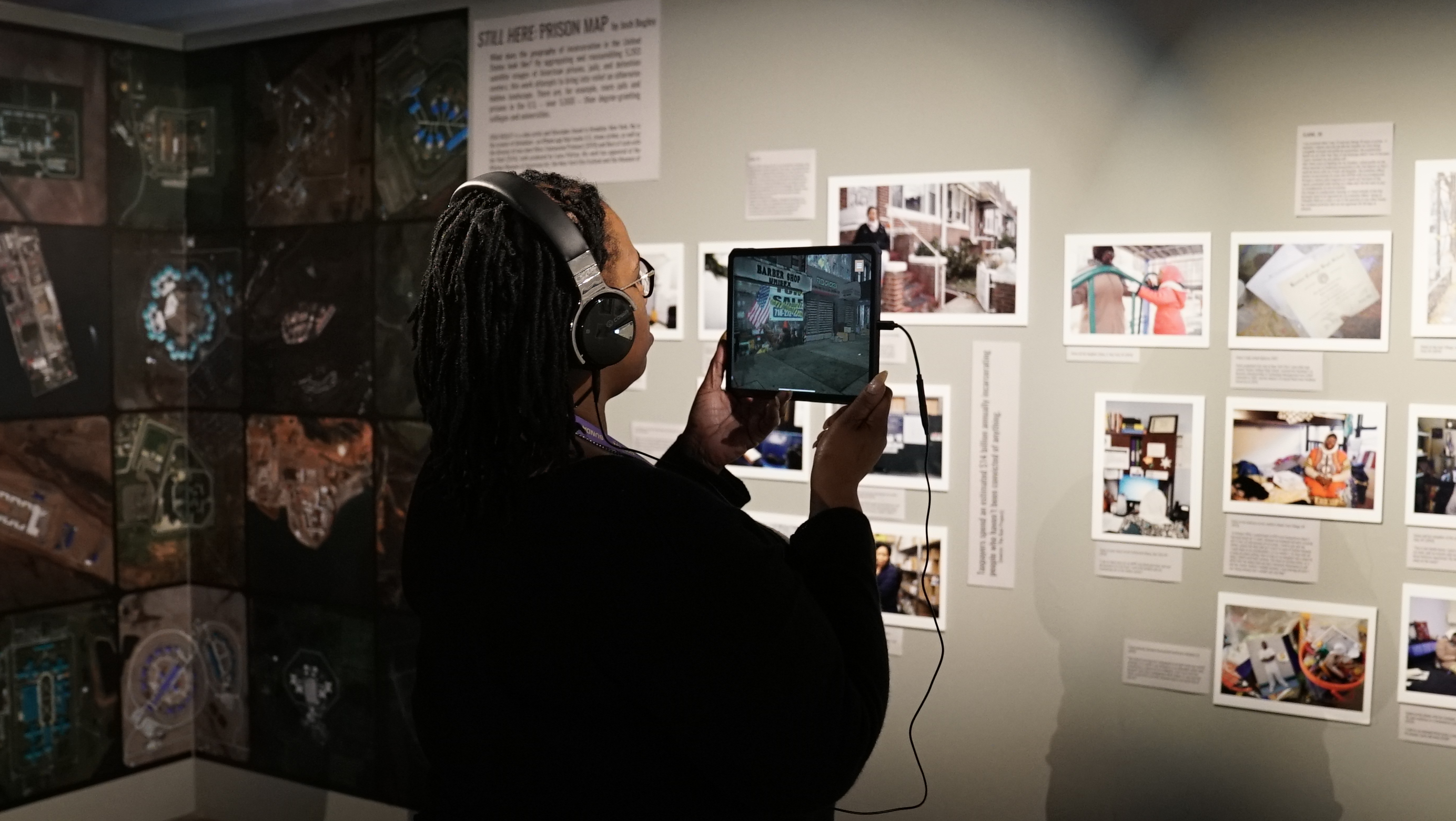 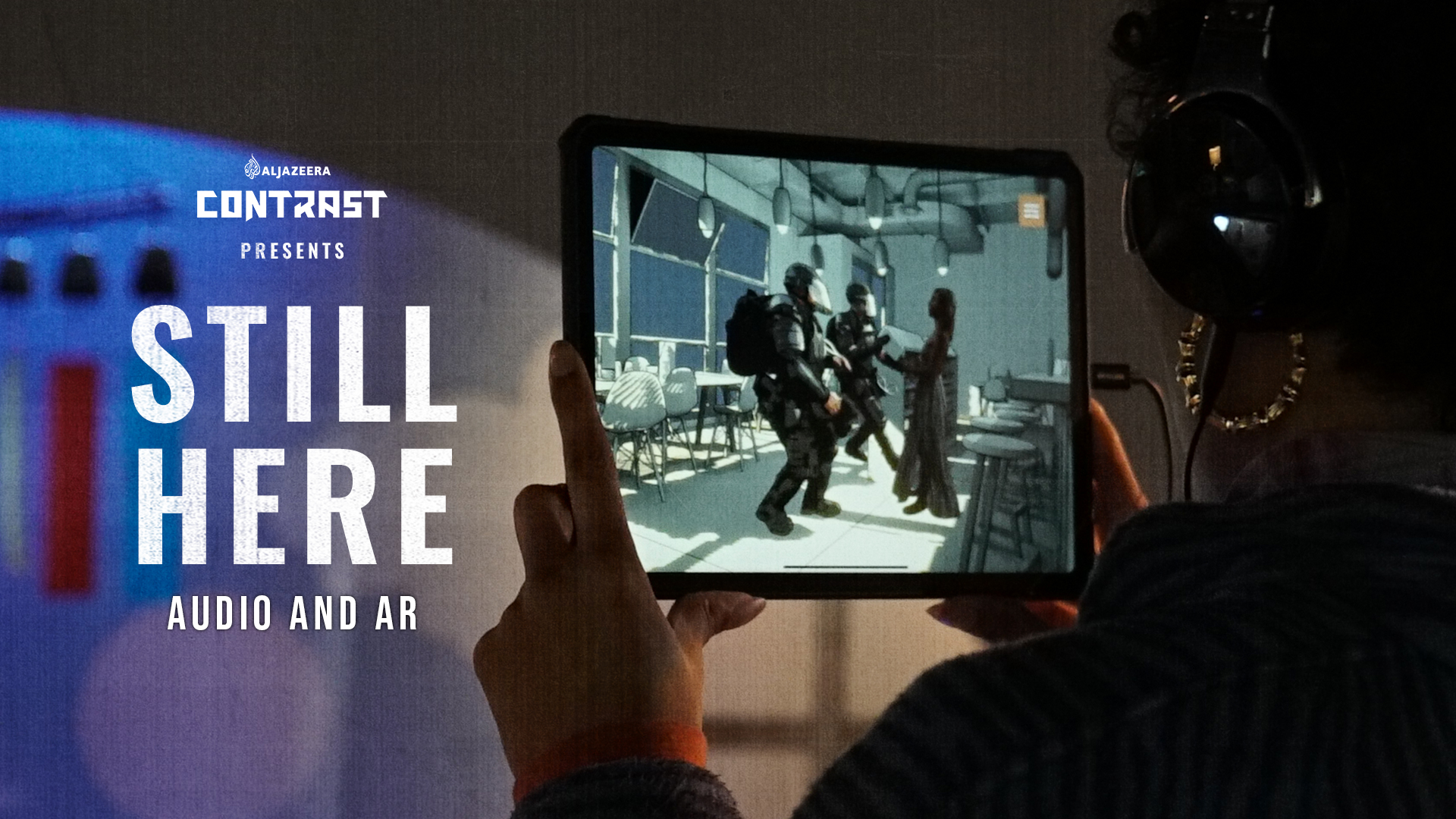