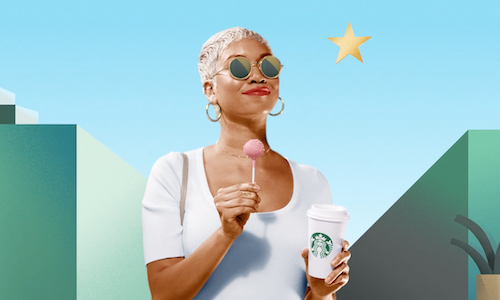 Starbucks Rewards Stars for Everyone

Starbucks faced both an awareness and a conversion barrier to their loyalty program, Starbucks Rewards. Among customers who were aware of the Starbucks loyalty program, a significant portion noted the requirement to preload a Starbucks Card was a deterrent for joining, and that they wanted more options to pay and earn Stars on their purchases. Users had to preload money into the app in order to purchase and earn rewards and were not able to link other payment options.

The campaign’s objective was to announce the end of the preload barrier and acquire new members.

The strategy began by examining culture, our consumers, and the category.

We knew that Fall 2020 would be anything but typical; the election, the lasting effects of COVID-19 and the national conversation about racial injustice would all contribute to a very crowded landscape.

On top of cultural issues, consumers would be facing tighter budgets and new spending habits – causing them to patron brands that offer above and beyond value.

We saw an opportunity to demonstrate that we listened to our customers’ feedback by offering this meaningful, relevant and seamless update to our loyalty program.

The loyalty program update removed all payment barriers and made Starbucks Rewards inclusive for all – adding value by rewarding customers for paying how they want while earning Stars towards free Starbucks food, beverages and available merchandise.

Starbucks had the opportunity to be fully welcoming of everyone with this campaign. We chose to lean into the inclusivity that this program update provides. We did that by signaling a change (making sure those who knew about the barrier know that it’s now removed) and accomodating the unique preferences of our customers (both in how they choose to pay and in how they choose to redeem their rewards).

This strategy helped us drive awareness of the Starbucks app and the payment update within the app, without alienating current Rewards members, which were all key metrics for success.

The final concept was called “Stars For Everyone” because we wanted to convey how easy it is to get Stars and Rewards using the Starbucks app. Now our customers—all of them—can pay the way they wanted to and have an opportunity to earn Stars towards Rewards.

To convey our idea, we wrote a TV script where our lead character was set in a surreal world and tapped on the app after buying a coffee and her whole world became engulfed in Stars. When she reached out to touch one of the Stars, it turned into her favorite Starbucks treat.

Ultimately, we produced a broadcast TV ad during COVID with teams sitting in Atlanta, Seattle and Los Angeles and delivered a final version that ran nationally on Ellen, Big Bang Theory, Blackish, NBA Playoffs and more. We were able to combine live-action talent and a world created by greenscreen to standout in the market but also ensure safety during the pandemic.

To drive awareness among non-Rewards members beyond TV, we crafted audio segments for streaming services like Spotify and iHeartRadio, digital display banners, paid social (Facebook, Instagram and Snapchat), and email for those customers who opted into email.

To inform current Rewards members about the update without disruption, we created emails, app cards, and organic social content (Facebook, Instagram and Twitter), including community management response GIFs. We communicated the payment unlock so they knew they now have the flexibility to pay the way they want to—with cash, credit or debit cards and still get rewarded.

All of the creative for these tactics was influenced and grew out of our initial concept.

Overall, Stars for Everyone has been a very successful campaign for the business. The brand saw positive results in almost every metric measured:

•    The brand has topped its highest active member numbers ever after the launch of this campaign, hitting 21.8M 90-day active members in the U.S. at the end of December 2020, up 15% year-over-year.
•    It has seen a significant increase in weekly activation rate
•    They also saw a strong reactivation rate from infrequent customers, which was a secondary audience
•    Campaign drove measurable lift in all measured conversion metrics (Store Visits, Installs, Registrations, Mobile Order & Pay)
•    Delivered significant lift in message recall among Active Starbucks Rewards members
•    From a social standpoint, Snapchat was extremely successful with a CPI 13% more efficient than goal
•    SFE Awareness Social drove over 541MM Impressions at a CPM 18% stronger than goal; FB/IG drove a 39% stronger ad recall than goal

Video for Starbucks Rewards Stars for Everyone 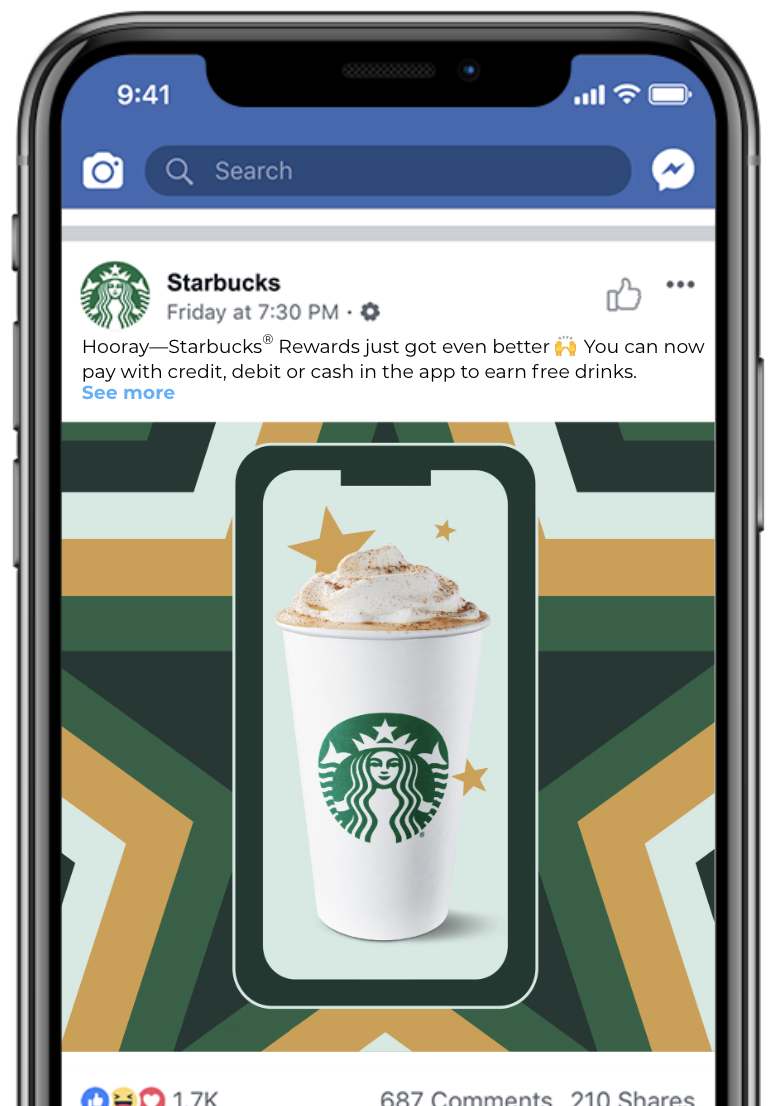 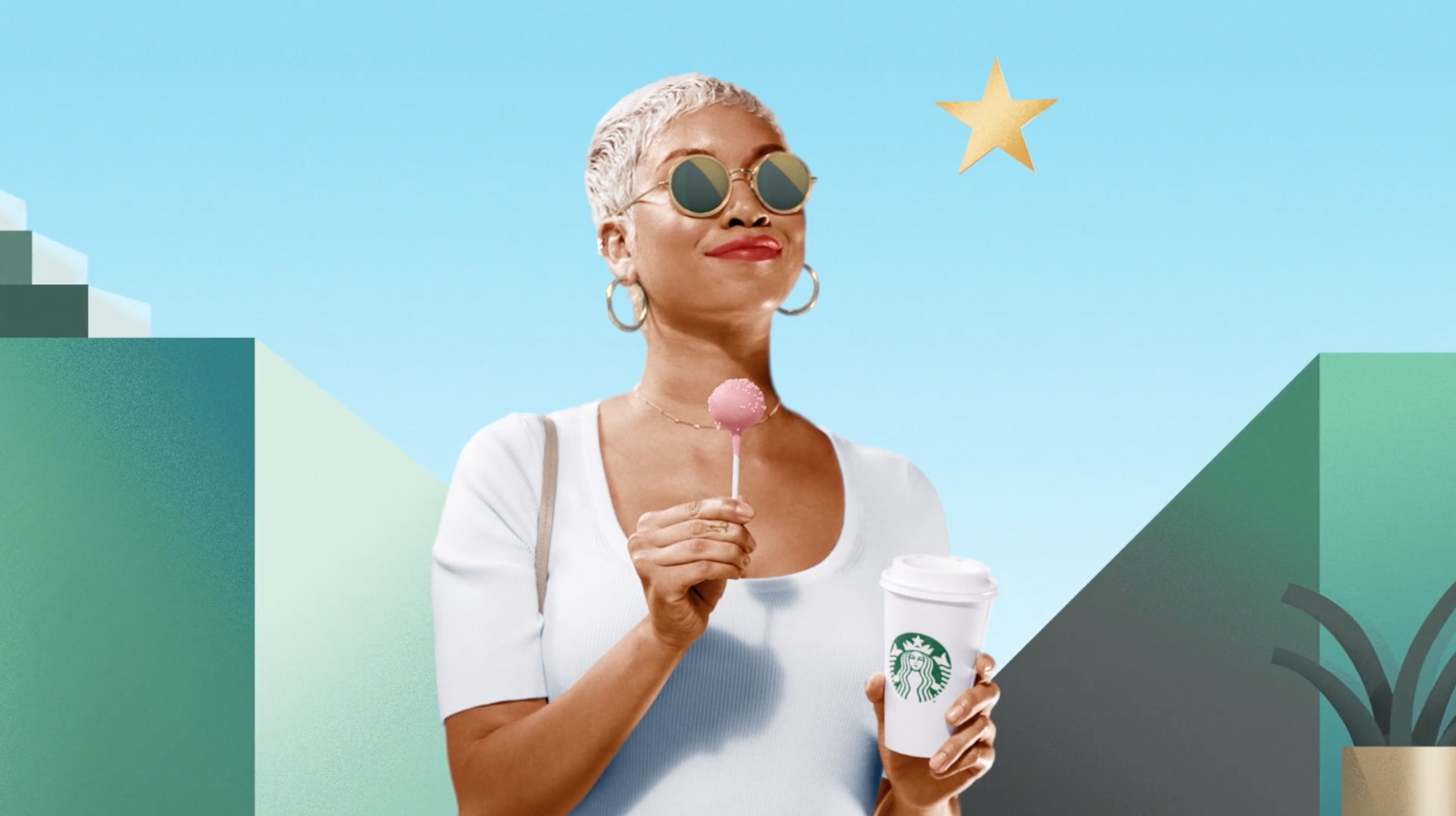