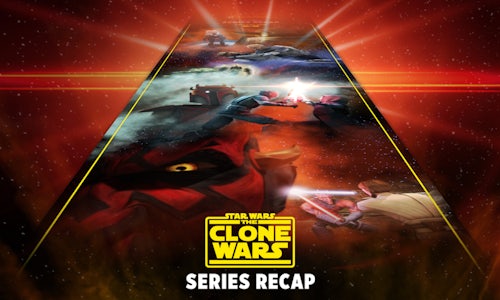 Canceled in 2012, the fan-favorite animated series Star Wars: The Clone Wars returned in 2020 for the long-awaited 7th and final season. In addition to the extended hiatus, Season 7 saw Clone Wars make the move to the newly launched Disney+ platform. Working with our partners at Disney+ and Lucasfilm, our goal was to excite Clone Wars fans for the return of the series while introducing the epic saga to new viewers. Being the final season of a dormant series, we recognized the importance of catching the audience up on the intricate, galaxy-spanning story before the finale.

To accomplish our unique set of goals for Star Wars: The Clone Wars, we created a new official Star Wars Instagram account entitled @TheCloneWarsRecap. With the aim of entertaining and educating, we created high-impact social assets that presented key storylines, characters, and action scenes from the first 6 seasons of Clone Wars. With select assets being cross-posted on the official Star Wars account, @TheCloneWarsRecap was a deep dive that gave fans the opportunity to explore the history of The Clone Wars through an interconnected grid of assets that combined into an interactive mural. With sections dedicated to each season, fans were encouraged to scroll and explore the entire Clone Wars saga.

Within several “hotspots” integrated into the design, fans could click to swipe through photo and video carousels to explore more. The final result was an interactive narrative experience that retold the amazing story of Star Wars: The Clone Wars and got fans ready for the final epic chapter.

After the initial release window, we updated @TheCloneWarsRecap with art and A/V that summarized the events of Season 7. With addition of the final chapter, users can now scroll through the entire saga of Star Wars: The Clone Wars.

Generating millions of impressions across multiple accounts, Clone Wars recap creative sparked fan interest and generated buzz. Following the immensely positive reaction to the series, Disney announced Star Wars: The Bad Batch, a spin-off series featuring characters from Clone Wars.  Announcement pieces for the new series were posted on @TheCloneWarsRecap, solidifying it as an active, official account that will live on to tell the story of Clone Wars to new and old fans alike.

Video for Star Wars: The Clone Wars (The Final Season) 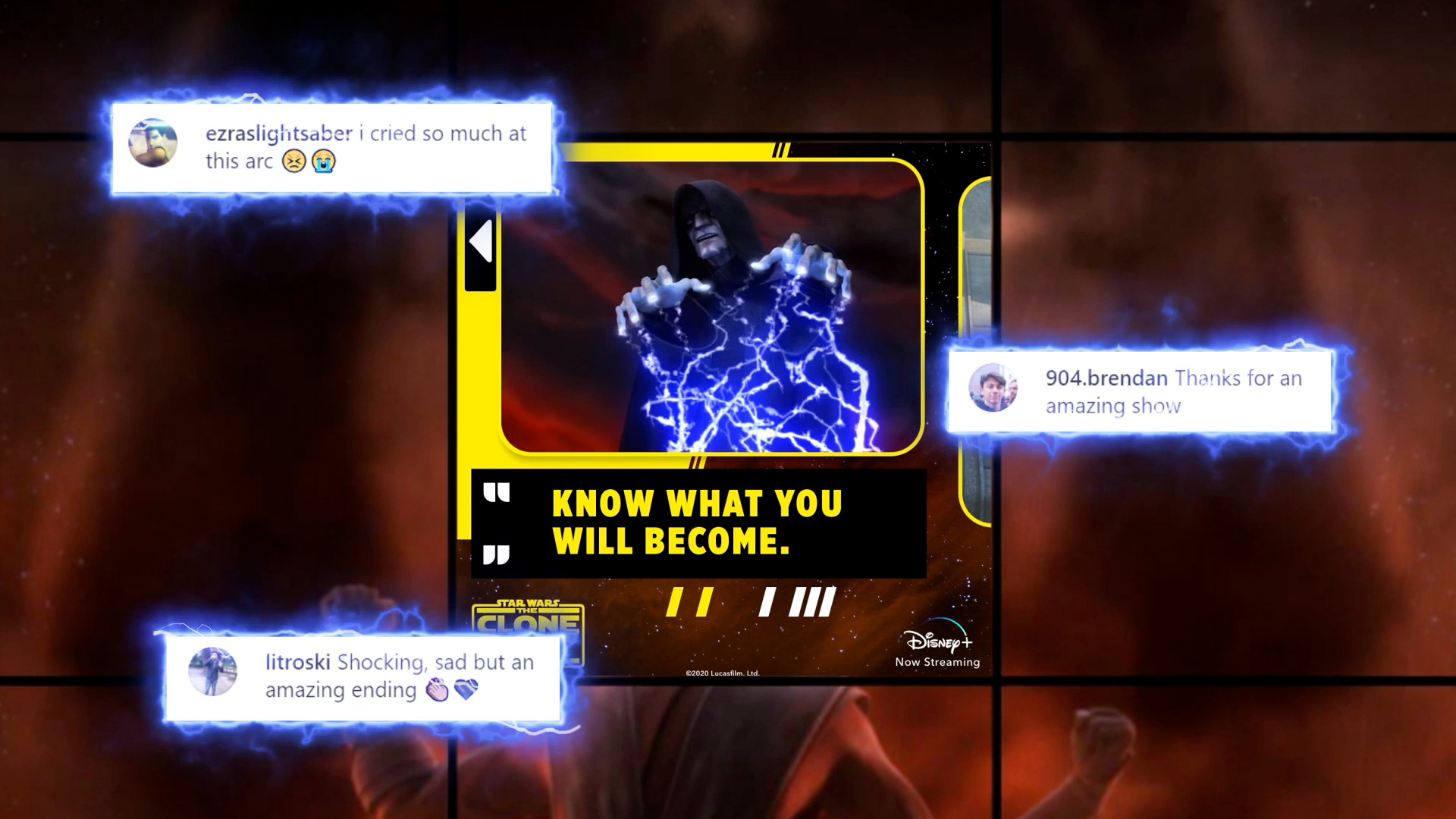 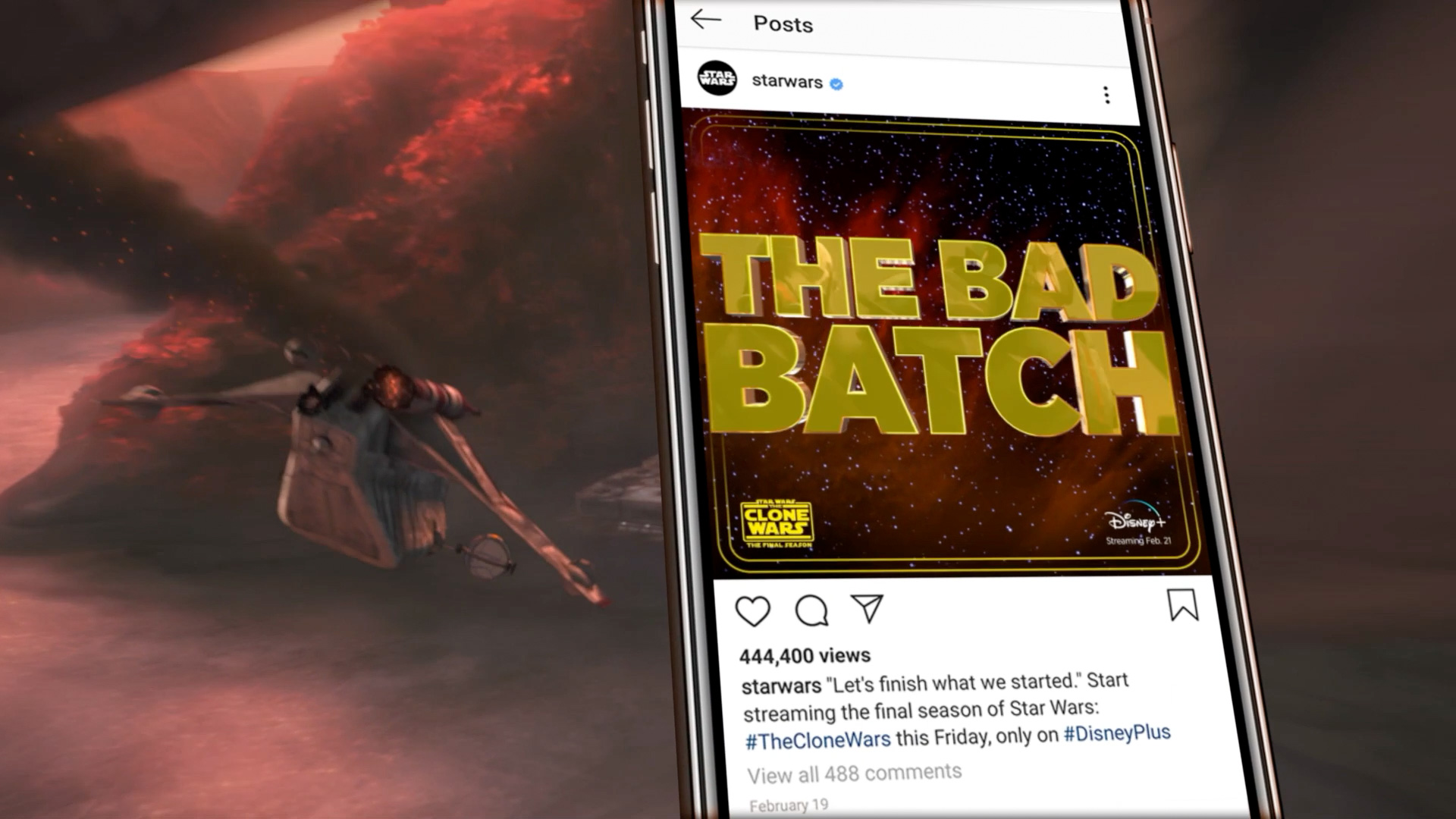 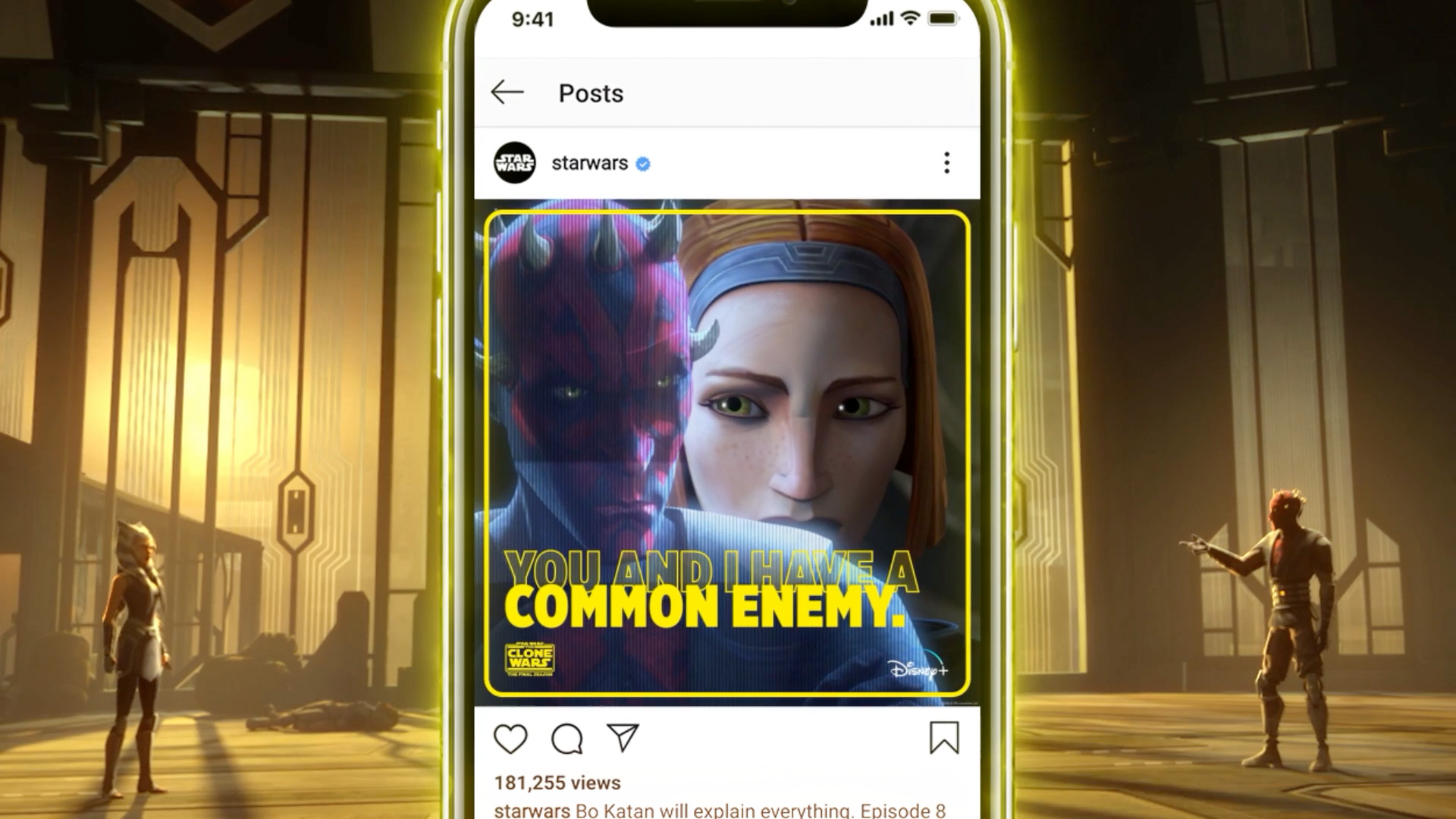 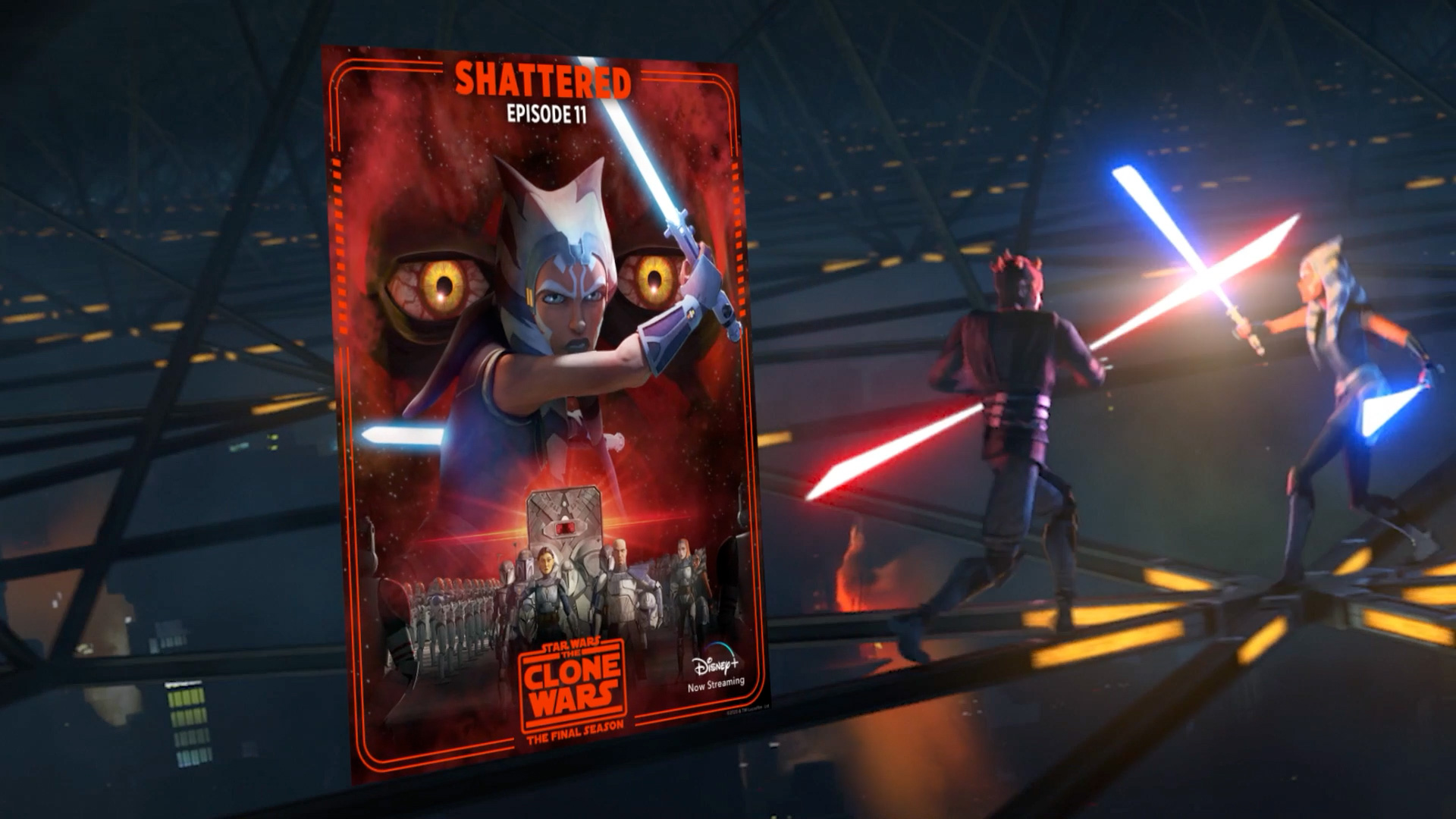 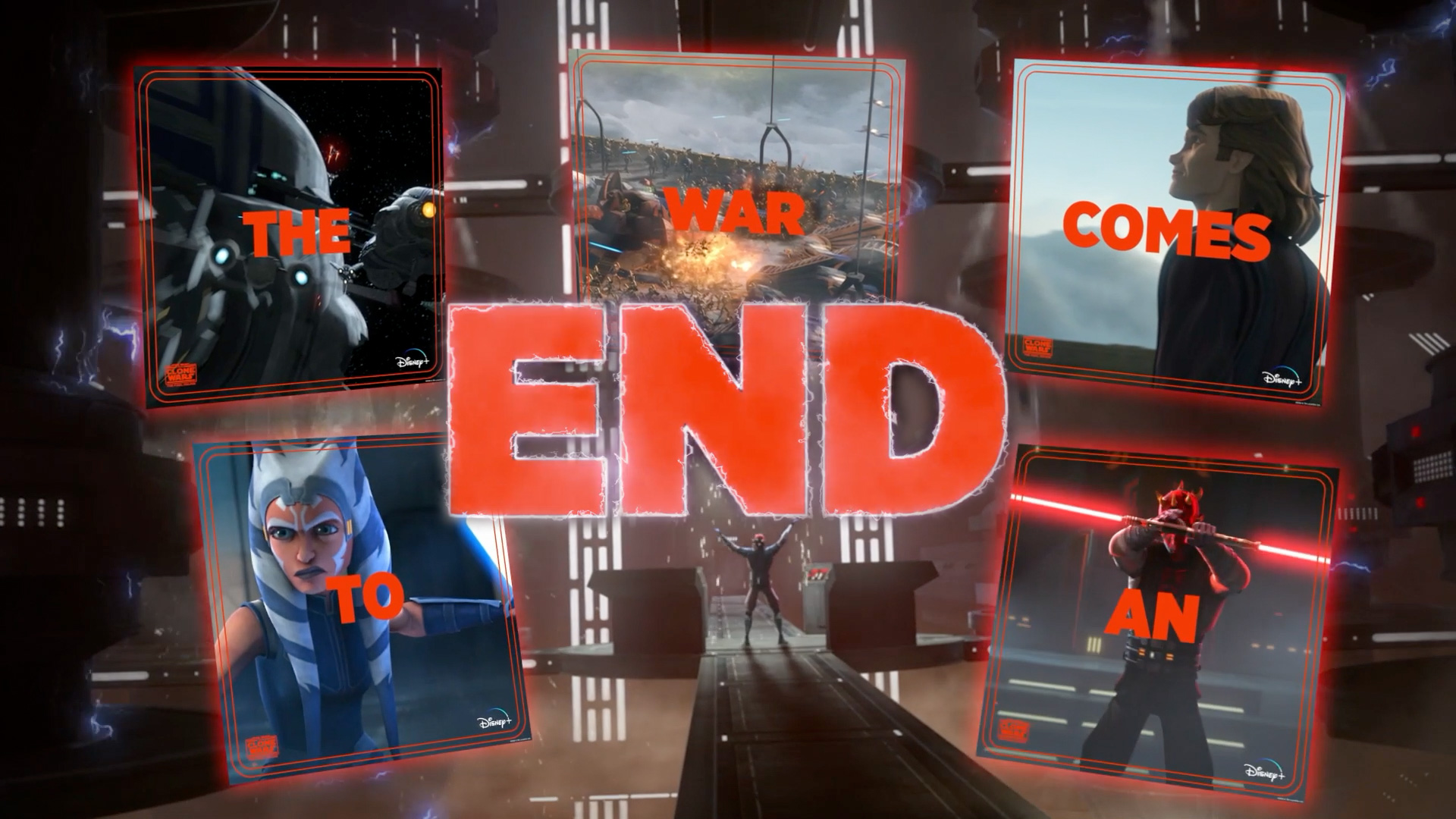 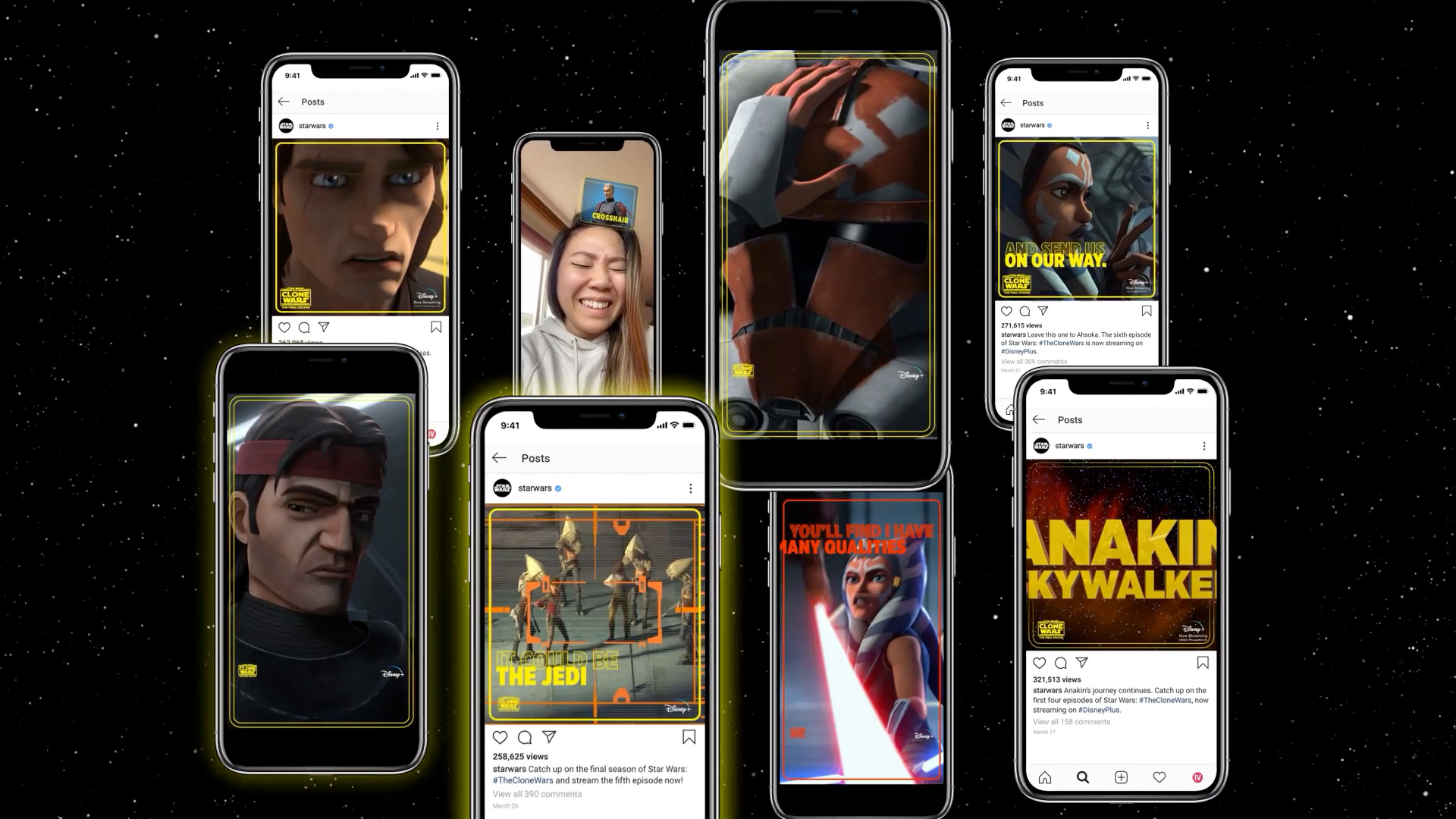 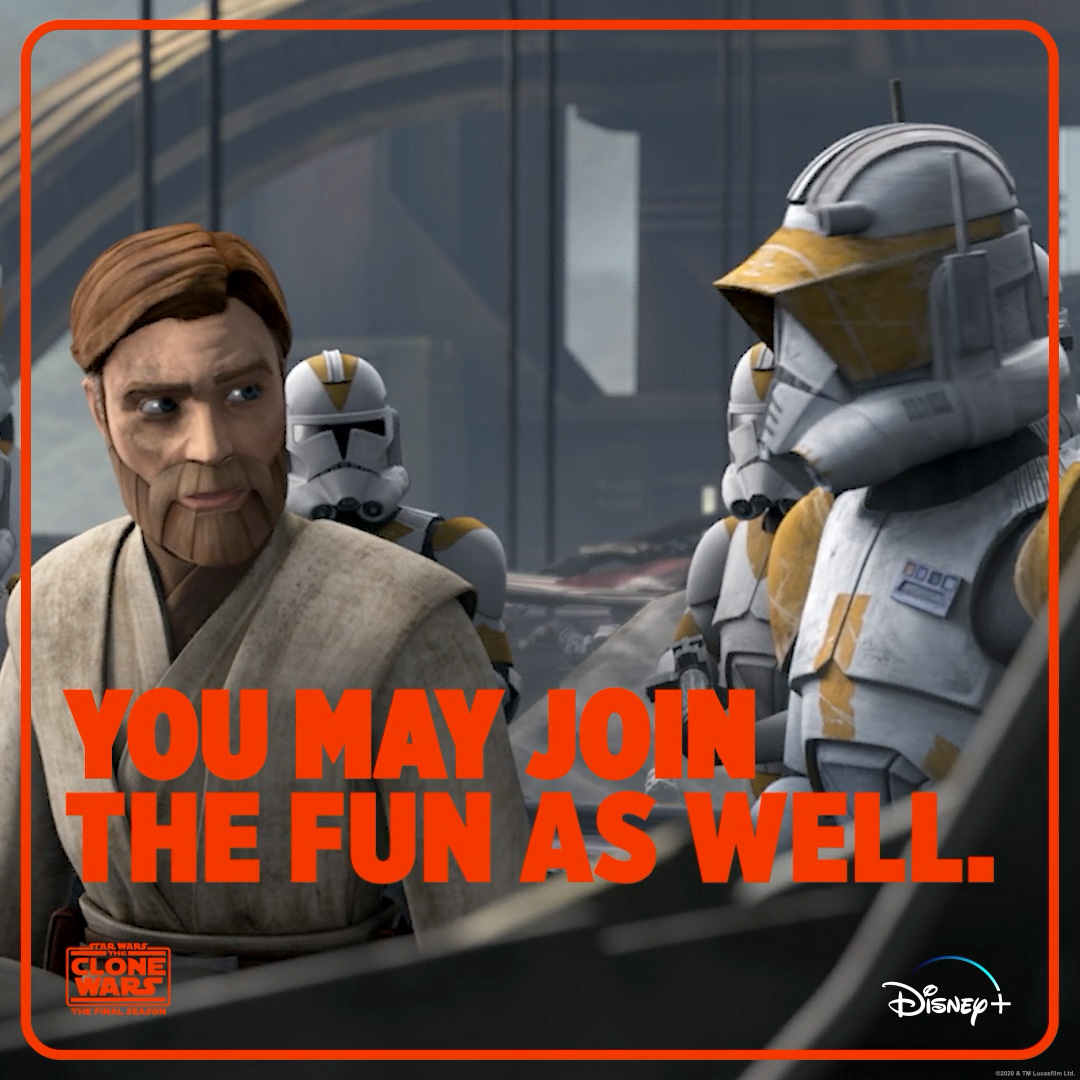 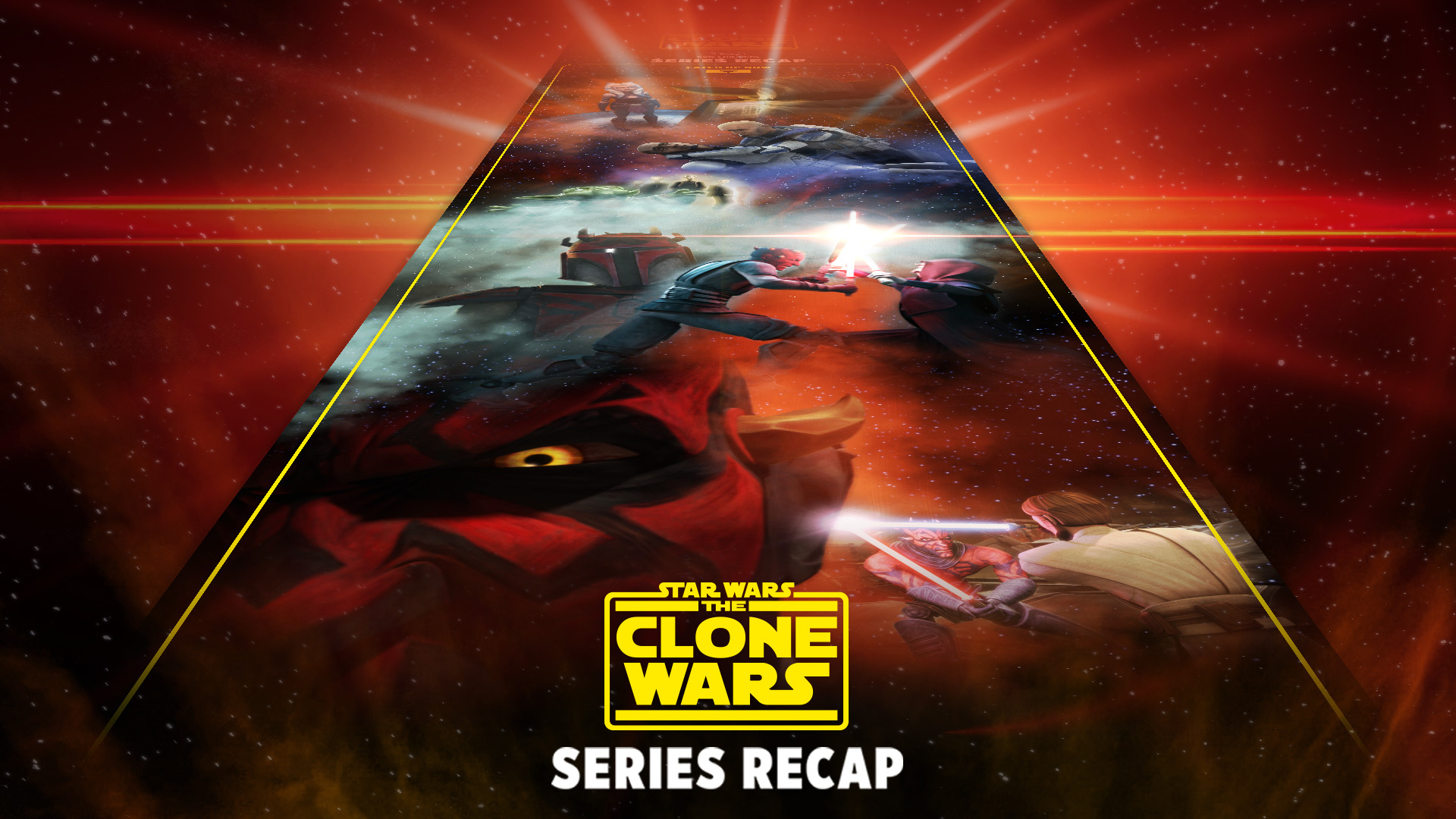