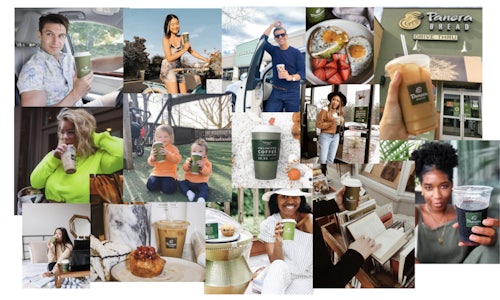 Panera Bread shocked the QSR world in the pre-pandemic weeks prior to lockdown when they effectively rethought how consumers purchase coffee and launched an $8.99 unlimited hot coffee and tea subscription, a game-changer for the casual food space used to $7 lattes and one of the brand’s biggest launches to date. Panera extended their four-year relationship with Social Studies, Inc. to generate both awareness and subscriptions, galvanizing signups for the program online.

Our challenge was to implement a full funnel performance strategy to harness micro-influencers and drive down Coffee subscriber acquisition cost (CPA).

Social Studies used its proprietary data set built off 5+ years of running thousands of micro and macro-influencer marketing campaigns and humanistic methodology to redefine the four-year-long client relationship. Using an “always on” 360° strategic approach, Social Studies moved away from standalone influencer campaigns to a 12-month outlook, activating an average of 15 creators per week across 20+ programs in every corner of the country. This allowed for seamless and steady influencer partnerships and execution on an as-needed basis. Historically the relationship has yielded more than 3,500 influencers creating more than 10,000 brand-owned assets.

By finding, activating, and managing a diverse group of micro-influencers nationwide to create large scale content on a consistent basis, Social Studies effectively executed premium launches like “Panera Delivers” ( a contactless COVID-19 initiative) and spread awareness around important cultural tentpoles like “Friendsgiving.” The fast-growing agency has done everything from assisting new menu launches and creating custom Instagram filters to finding the right talent to help reframe Panera’s sensibility to college students as a go-to destination for cramming for finals.

For example, for its 3.0 coffee and tea launch, Social Studies sourced 72 diverse micro-influencers nationwide across Instagram and TikTok to generate buzz for the program. The target category was influencers who were followers and engagers of several competitive coffee brands, coupled with college students, entrepreneurs and parents.

In addition to the over 70 pieces of content generated that went live prior to and during launch, Social Studies supported an augmented reality experience, enabling fans and followers to access a series of immersive and branded filters. Panera also launched an #AfterMyCoffee hashtag challenge on TikTok to capitalize on audiences across platforms. The hashtag received more than 8 billion views and drove a total of 22 posts.

Over the course of the partnership, Social Studies identified, sourced, benchmarked, briefed, and activated more than a dozen highly engaged niche social media communities for everything from national programs, local market testing, influencer dinners, and surprise-and-delight moments. In all, the campaign was a huge success for Panera.

Social Studies also aimed to evolve the way Panera was using influencer-generated content by amplifying it with paid media targeted at the influencer’s followings. In an A/B test with “traditional” performance media methods, the influencer content + paid strategy yielded a reduced CPA of 48%. 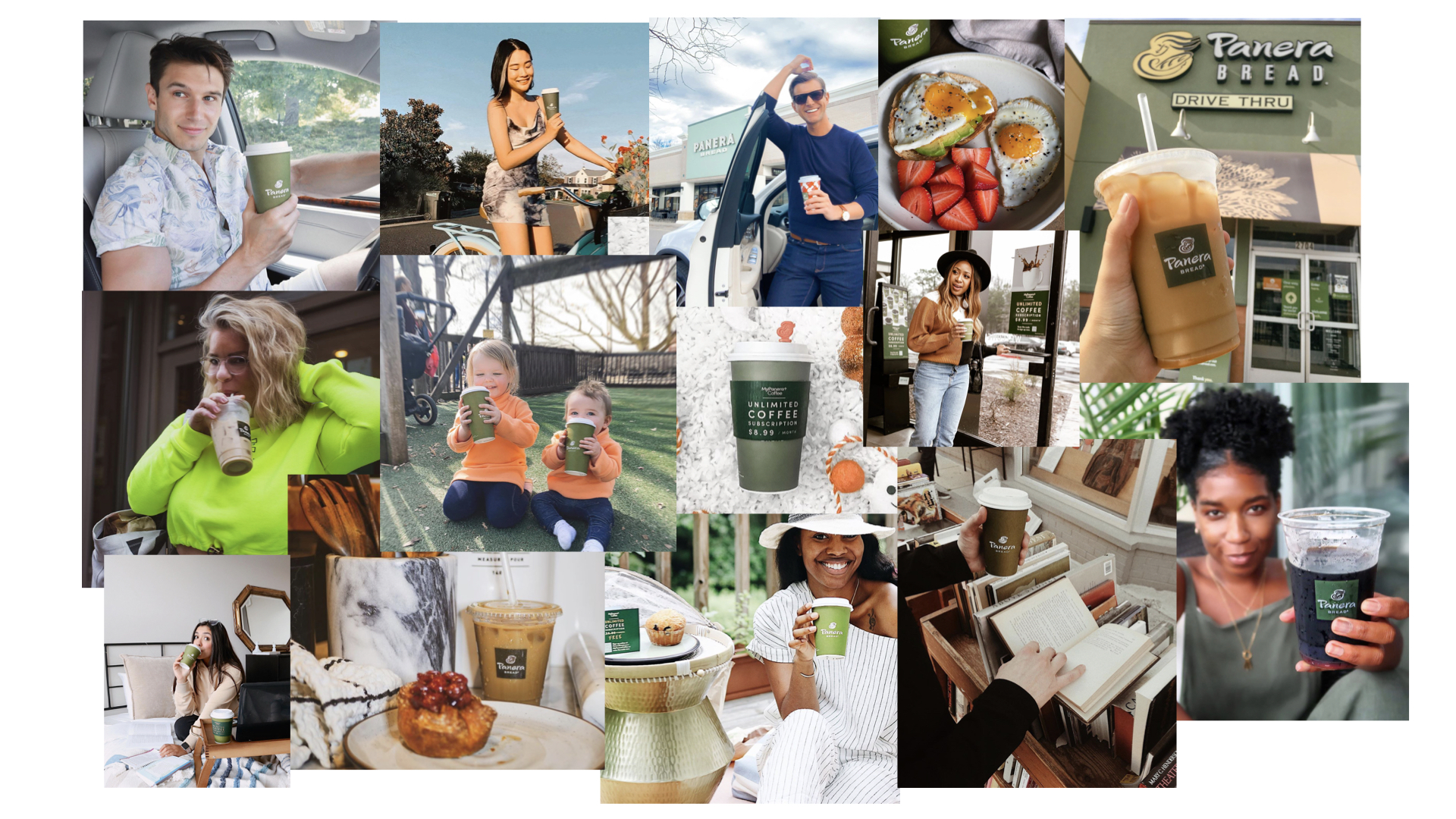