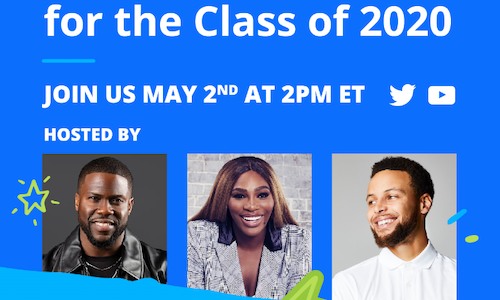 Show Me Your Walk

As the world quickly adjusted and grappled with the “new normal” onset by COVID-19, we were coerced into reimagining our lives in a pandemic world. This included a milestone moment for students in particular: commencement.

With JPMorgan Chase’s longstanding commitment to students and education, we knew that walking across that stage represented more than just a personal achievement that brought to fruition a dream of a brighter future, for many, it was an opportunity to become the first in their family.

By engaging students we previously worked with through our various initiatives and gauging social conversations around this topic, we set up to provide one of the most memorable moments in commencement history – virtually.

Before taking the initial steps to developing this moment, we derived insights from our social listening platforms to gauge the social conversation in the moment, particularly around students. Our insights showed that the conversation theme among students ranged from their disappointment about not having a proper graduation ceremony to their dream commencement speakers, from former President Barack Obama to star athletes such as Serena Williams.

As a result of these insights, we developed a multi-pronged, omni-channel approach that would target graduating high school and college seniors as well as HBCU-specific graduates. Over a 4-week period, we engaged our targeted audiences across YouTube, Twitter and LinkedIn to drive awareness. We kicked off part one of the celebration with a live commencement hosted by Chase ambassadors, Kevin Hart, Serena Williams and Stephen Curry.

Our second commencement focused on graduates from Historically Black Colleges & Universities, teaming up with Essence Communications to help produce the #ShowMeYourWalk HBCU edition. We chose to focus on HBCU graduates in particular as most are first-generation college students. The event gained national recognition in part due to the 42 prominent leaders and celebrities JPMorgan Chase engaged for the celebration. They included comedian Kevin Hart, former President Barack Obama, as well as commencement speeches, well-wishes and performances from a host of actors, entertainers and sports stars such as comedian Steve Harvey, NBA All-Stars Chris Paul and Vince Carter, dance legend Debbie Allen, actress Vivica A. Fox, and performances by Anthony Hamilton, Wyclef Jean, Omari Hardwick and Doug E. Fresh.

To amplify our efforts further, we launched our first-ever TikTok hashtag challenge with the help of Kevin Hart, to encourage grads to share videos of themselves in their graduation gear using the hashtag #ShowMeYourWalk. As a result, the challenge garnered  over 600K videos from students all across the country showing us their best graduation walk from their living rooms, bedrooms and backyards.

It was the celebrity power, in conjunction with the credibility and authenticity of our message that allowed campaign to reach a historical number of people and most importantly, shed a light on a well-earned achievement for graduates across the country.

The #ShowMeYourWalk campaign exceeded our initial objectives and goals, with our combined events streaming to 2.1MM viewers. Despite this process being a first for the Firm, a combination of the timeliness of the message, the scale of our brand, and precision of our targeting meant that we hit broadcast level viewership without actually being on television.

Additionally, this campaign dramatically shifted conversations about the Chase brand, becoming the second most popular topic for JPMorgan Chase in 2020. In total, it drove greater than 90% positive sentiment and sending us to the top three Twitter trending topics, garnered 697K social shares, and unlocked over 100 stories in the news media – the equivalent of 17 per day for the life of the campaign.

Lastly, while not a campaign objective, we saw a significant increase to our student pages on Chase.com. #ShowMeYourWalk increased our views to an average of 27K per day, allowing us to further amplify our commitment to creating a more financially literate society and taking this audience on a journey from celebration to education. 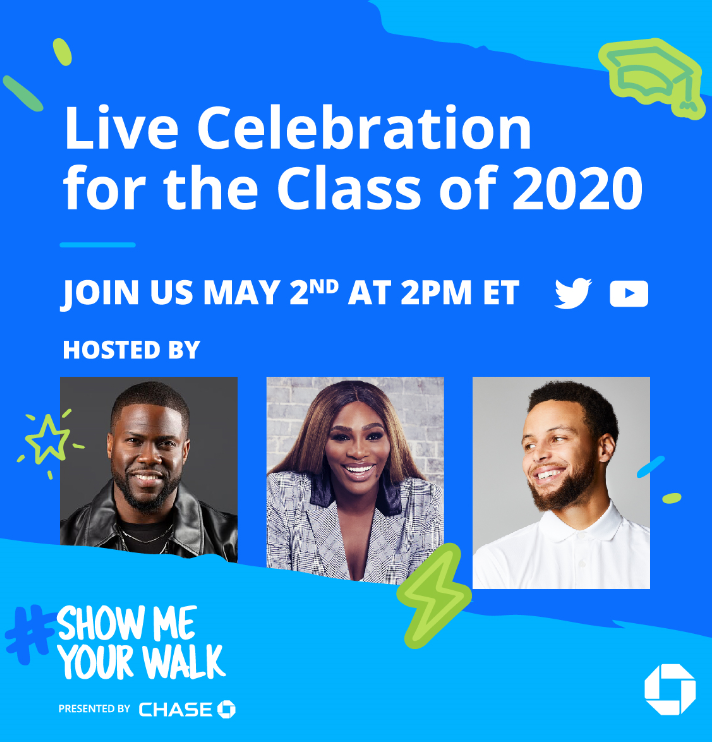