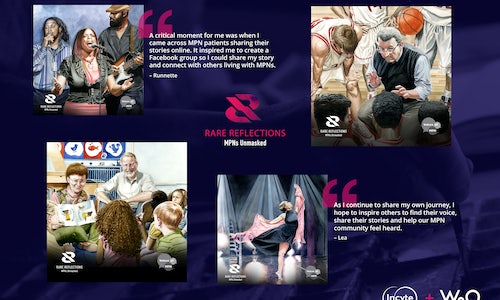 Myeloproliferative neoplasms (MPNs), a group of progressive, rare blood cancers in which the bone marrow functions abnormally, affect approximately 200,000 Americans. They can strike anyone at any age, but are more common in older adults who often face a long and frustrating journey to diagnosis because their symptoms are overlooked or associated with aging.

Because information and support resources for MPNs, unfortunately, can be as rare as these diseases, Incyte –which markets an approved treatment for two types of MPNs –sought to raise awareness of MPN symptoms, disease progression and their effect on patients’ and caregivers’ lives and to engage the MPN patient community to play a more active role in their disease management.

Incyte and W2O partnered with J.G. Jones, a renowned comic book artist who was diagnosed with an MPN over a decade ago, to drive disease awareness by capturing the experiences of those impacted by MPNs –patients and caregivers alike –through Rare Reflections: MPNs Unmasked. The campaign features a series of portraits illustrated by Jones, who uses graphic art to reveal the powerful stories of individuals impacted by MPNs.

Ahead of the campaign, Incyte and W2O conducted a social media landscape analysis, and spoke with patients living with MPNs and advocacy group leaders to craft messages and strategies that would resonate with the MPN community. Our strategic insights:

Rare Reflections: MPNs Unmasked elevates the patient and caregiver voice with dynamic content and resources that address the needs of those impacted by MPNs. Because art can deeply connect the viewer to the subject, Jones used graphic art to bring unique stories to life.

We aimed to create multiple touchpoints throughout the year timed to key MPN awareness milestones. Throughout 2020, Incyte and W2O coordinated a steady cadence of activities to raise awareness of MPNs and drive people to www.VoicesofMPN.com where they could access tools and resources to better understand and navigate their disease.

We identified six patients living with an MPN (in addition to Jones) and one caregiver who had highly relevant and compelling stories. All stories highlighted the importance of paying attention to one’s body and symptoms and the importance of disease education, so patients can be their own health advocates and make informed decisions about their care with their healthcare team.

To make an even bigger impact and bring these stories to life, we also produced two documentaries that were launched during Rare Disease Day (RDD) in February and Blood Cancer Awareness Month (BCAM) in September chronicling the lives and MPN journeys of Rare Reflections spokesperson, Jones, and one of the patients featured, Jim. The documentaries blend footage of animation, in addition to the video elements, as the animation brings the storytellers' emotions to life and the video elements create a personal approach.

We also launched a fully interactive and immersive virtual gallery on Voices of MPN, featuring campaign illustrations, patient stories, and audio clips from Jones explaining his inspiration behind each piece. The gallery was launched with a virtual event for patients and advocacy groups, featuring a Q&A with Jones.

To drive awareness and community engagement, we also:

The integrated campaign surpassed all goals achieving an estimated 377.7M+ impressions and 177K+ engagements since February 27, 2020.

Since the launch of the virtual gallery in October, there have been 3,066 virtual gallery pageviews from 2,441 unique users, and the average time on this page is strong, at 01:31 minutes. Social media posts published to Voices of MPN’s Facebook and Twitter channels amassed 147.8K+ impressions and 2K+ engagements so far to date. 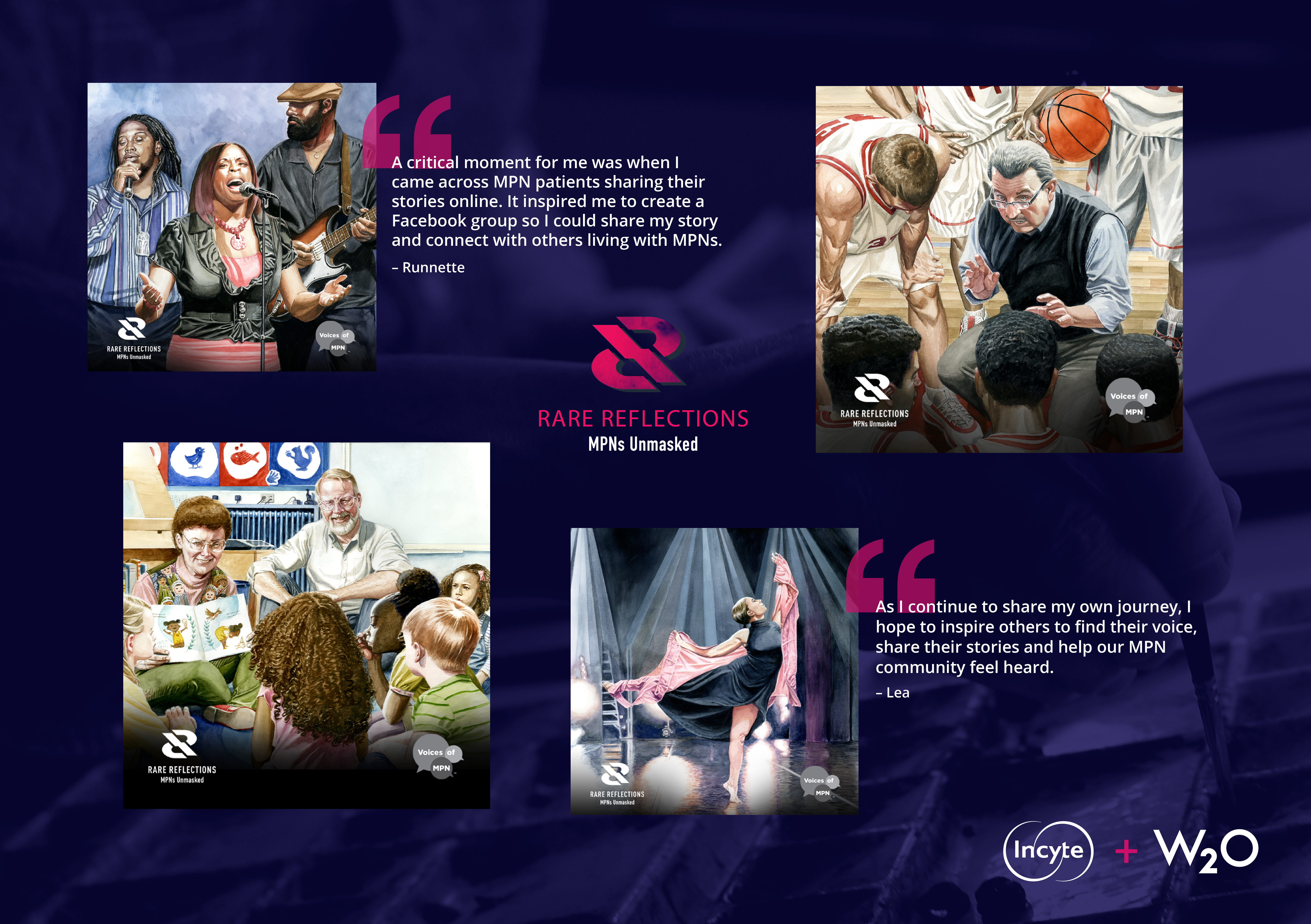