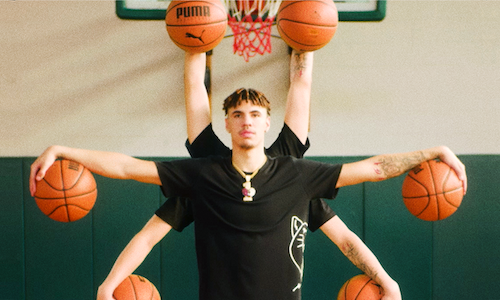 PUMA Hoops signed the biggest NBA prospect of 2020 - LaMelo Ball. Our mission was to shout it to the world in a way that would make headlines, create buzz, and put PUMA at the center of basketball conversation. Most importantly, our goal was to use the newly rolled out format — Instagram Reels — to elevate the story we wanted to tell about LaMelo.

LaMelo Ball is a man of unique talents, a result of his unusual journey to the league via Lithuania and Australia. It was along this journey that he honed his distinctive game, focusing on improvisation and passing abilities. He grew an additional nine inches during this time, and coined the phrase “Not From Here.” Melo’s talents and size for the point guard position make him a prospect never before seen in the NBA.

When PUMA Basketball signed LaMelo Ball to a multi-year endorsement contract, we took the announcement of the partnership as an opportunity to showcase the talents that make Melo truly “Not From Here.” In a series of five short Instagram Reels, we used hidden cuts to exaggerate Melo’s talent, making the viewer question if what they were seeing was possible.

The videos were shot in a lo-fi nature, to mimic the content that defines IG Reels — as if a bystander in the gym had captured this candid scene. Instagram Reels is designed to be fast and fun, characterized by special effects through smart editing techniques, a perfect platform to bring our “Not From Here” story to life. We used the platform to launch our videos starting the day of the endorsement announcement.

The ‘Not From Here’ video series was raw, lo-fi, and scrappy despite a multi-million dollar ambassador deal — but that’s why it was successful. We adapted to the newly launched Instagram Reels in a way that felt authentic to the format — ten seconds, no dialogue, simple yet effective. We put our own unique spin on an existing trend (“editing magic”) on Reels, and found the angle into basketball. The series of Reels received 25.1M organic views across PUMA owned + LaMelo Ball social channels. LaMelo Ball, Highsnobiety, NBC Sports, Sports Illustrated, The Score and more reposted the series. The Reels exceeded our expectations for engagement, despite not having a benchmark, given the new format. But to put this into perspective, the top “Not From Here” video alone was viewed 5x more than our most viewed in-feed video of 2020. They also garnered 5.6k Comments and 1M Likes. The edit approach also triggered strong, positive reactions from fans. The edits and transitions were so clean that fans praised it and believed Melo’s moves. Some had doubt. Debate among fans ensued to try to figure it all out.

Video for PUMA Hoops - LaMelo Ball 'Not From Here' 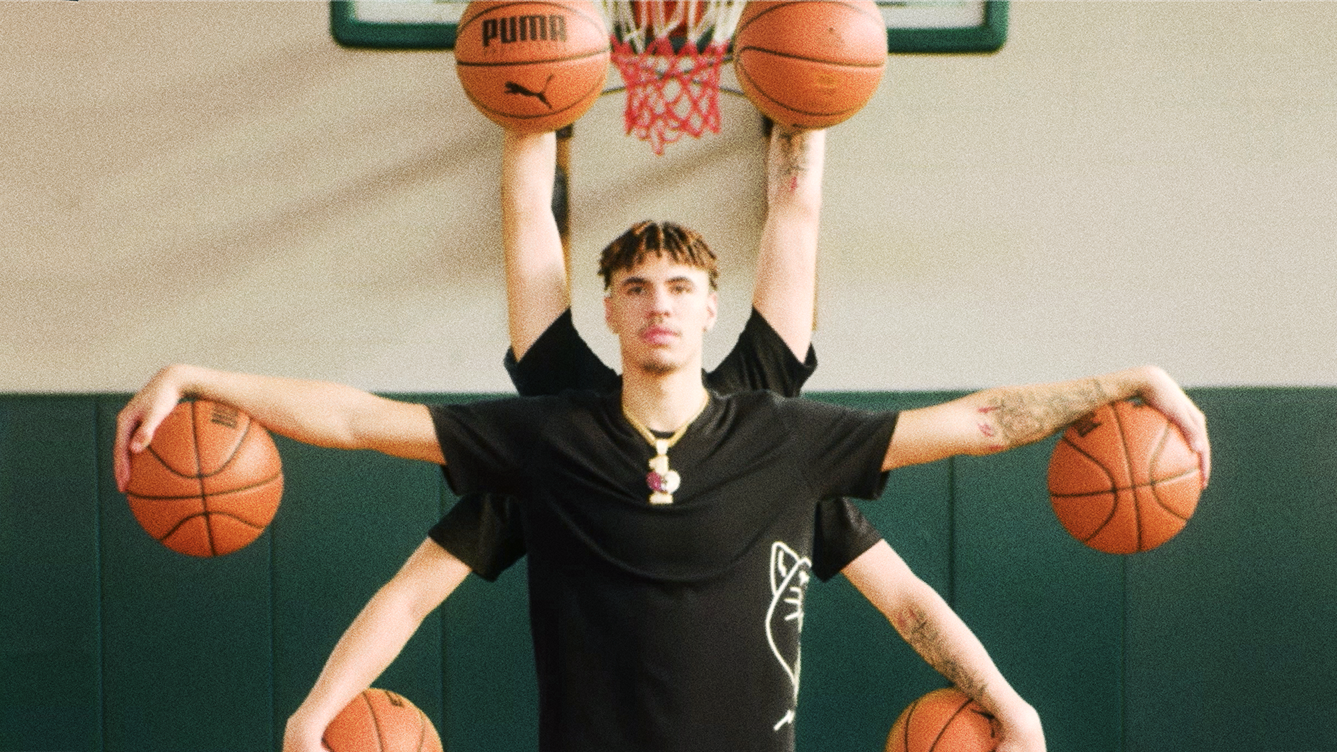