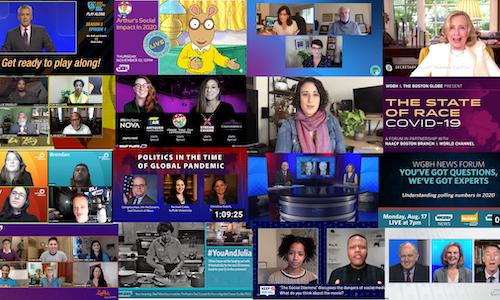 Declining broadcast television viewership and a global pandemic drove public media producer GBH to experiment in new ways to expand access to our programming and community events in 2020. As a public television and radio station producing for both local and national audiences, GBH has been innovating new ways to achieve its public media mission of serving all Americans with trusted, educational and entertaining content. As 2020 unfolded, GBH doubled down on social media distribution using a robust live streaming infrastructure to expand access to thousands of Americans during a time of crisis.

Our social media livestreaming strategy in 2020 was based on three key factors that distinguished us from other producers: infrastructure, content and engagement.

Infrastructure: Based on an investment in livestreaming infrastructure in 2018, GBH had already begun bringing community conversations and broadcast programming live to social platforms. As a consequence, when the COVID pandemic hit in March of 2020, GBH was ideally positioned to pivot 100% of its robust on-site events activities to virtual audiences across numerous social platforms. Producers from over 25 productions and business units were supported by this central architecture that allowed a single stream to be distributed to multiple end-points, allowing producers to focus solely on the content and engagement of their live streams.

The architecture was highly automated so that producers could schedule a stream easily and quickly at anytime, for anytime. This method encouraged social media production on the front-end and automated the technical back-end, allowing GBH to scale up incredibly quickly so that producers could reach large audiences readily and repeatedly. Technical support from our IT and Production Groups allowed producers to be able to interchangeably or simultaneously use on-prem or cloud-based technology for their productions, such as live multi-source switching, roll-ins of prerecorded material, incorporation of guest from multiple virtual sources, on-screen graphics, and live on-screen engagement and interactive features.

Content: In 2020, GBH produced over 240 live stream events using this infrastructure, encompassing member-only conversations, local events, and national programming. Highlights include our local newsroom’s robust livestreaming election coverage, which included hosting the Massachusetts Senate Primary debate on Facebook, YouTube, Twitter and Twitch; a hybrid TV-Facebook simulcast of GBH’s iconic “Basic Black” series that gave viewers a space to engage in current issues facing the Black community in Boston; a live streamed series about “The State of Race” in Boston that is now re-cut into a television broadcast; and dozens of virtual events each month from our ongoing series “Lunch Hour Live” to a conversation with Hillary Clinton about American Experience’s four-part series “THE VOTE”; and simulcasting PBS programming such as FRONTLINE’s “The Choice.” In 2020 GBH also produced an increasing number of original productions specifically for social media audiences, such as the Masterpiece after-show “Drama After Dark”, a Julia Child marathon on Twitch, a "Zoom" reunion with the original cast from the 70s and 90s, and "Chat Plays GBH,” a Facebook-Twitch-YouTube production that invited viewers to participate in their favorite public media programming.

Engagement: Our technology infrastructure allowed our producers to focus on engaging audiences both on-screen and in chat, leading to a breakthrough in our teams’ community engagement ambitions. Producers had access to real-time feedback around their programming and learned to incorporate user comments and questions into the content of their programming. The aforementioned “Chat Plays GBH” series pioneered new ways to bring audiences into live streaming programming in ways such as crowdplay, competition and co-creation. 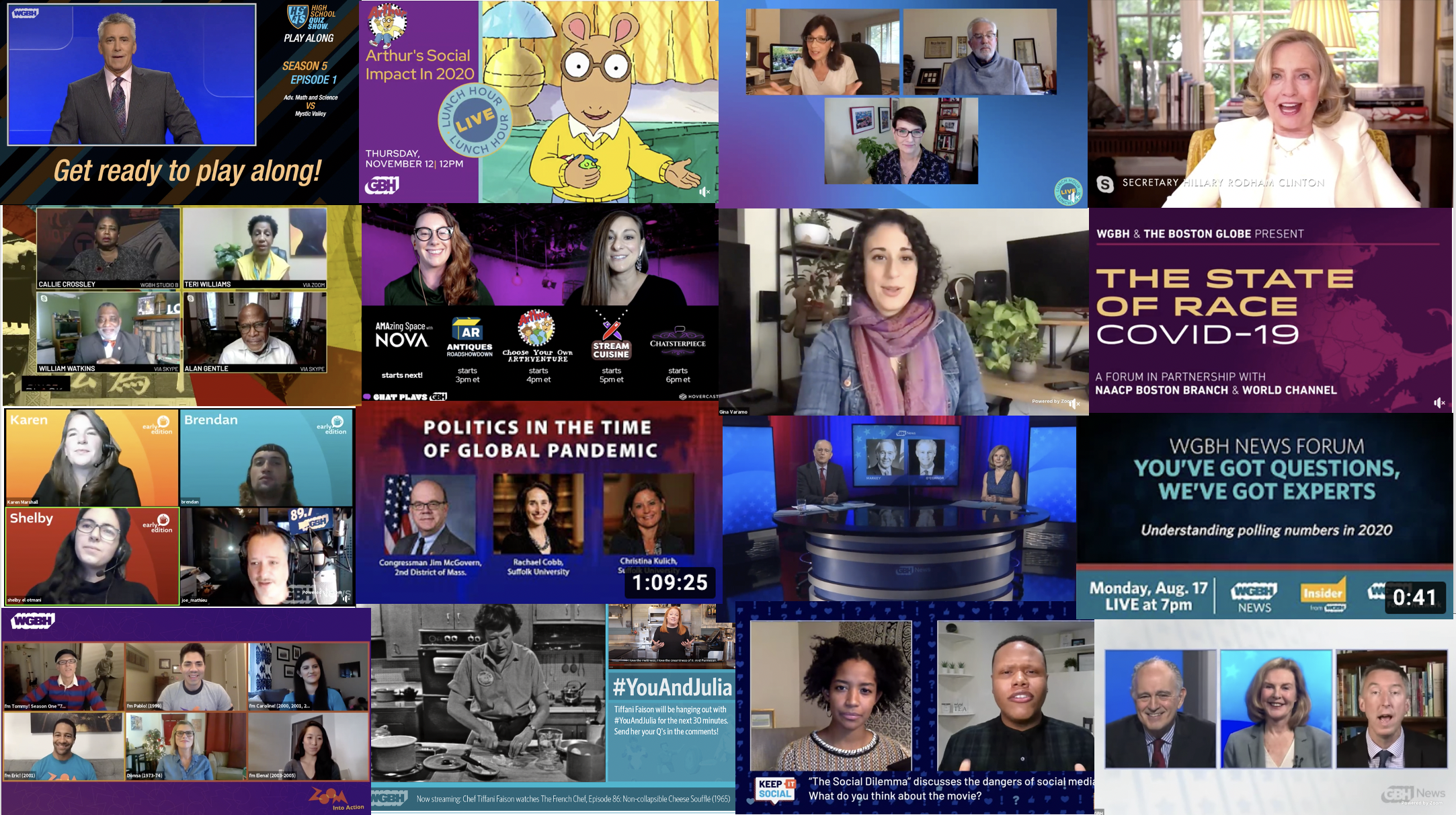