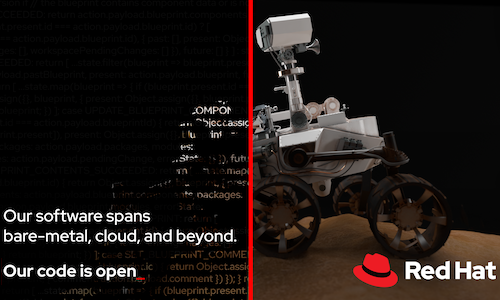 "Our Code is Open"

Red Hat’s in-house creative agency took on a huge challenge at the start of 2020, something that no external agency or internal team had attempted at the company before - a true global brand campaign. Red Hat has been around for over twenty five years, and is now best known as part of the largest software company acquisition in history, after being acquired by IBM for $34B in 2018. Prior to that, Red Hat was a well respected, albeit niche, b2b enterprise technology company, with a brand built around a strong reputation as a leader in open source software.

But as Red Hat has grown, the stakes for our marketing efforts have gotten higher. Our parent company IBM has bet its future on a hybrid cloud strategy, and is counting on Red Hat’s products, reputation, and culture to help it win. And one of the key pillars of Red Hat’s reputation is our neutrality as a cloud player.

So this campaign really requires our brand to thread the needle. We need to build more awareness of Red Hat as a viable, independent cloud player. We need to lean on our equity as an early and trusted leader in open source technology. And we need to help audiences around the world understand the business value of our open hybrid cloud strategy.

Our campaign’s creative platform was crafted to help us achieve the objectives listed above. It is simple. It is resonant. It is true. It reflects who we are as a company, and highlights the purest distillation of our value proposition - Red Hat: Our Code is Open.

With “Our code is open” as a building block, we focused on the most daunting task of the campaign. How to help our audiences understand not only who we are and what we sell - but also why we feel that an open approach to cloud computing matters for everyone. We had a huge creative task in front of us - and then COVID hit, which threw video production plans into disarray, fundamentally shifted how our team worked together and found us doing media planning during a period of profound upheaval.

So we got to work. We narrowed in on animation as our preferred method for video storytelling for a few reasons: it fit with the overall art direction of the campaign, it gave us much more production flexibility, it felt fresh and different in the tech marketing landscape and it lent itself to localization. We really wanted to build a framework that our regional marketing teams could take advantage of.

The creative developed by the team reflects Red Hat’s authenticity with elements of code and other technology easter eggs, weaves in real people who are having an impact through open source and tells a high level story about the things that are possible in society and business because “our code is open.” Most importantly, these animations have given us a fresh way to do storytelling around some very esoteric technology concepts. Overall, we have crafted a concept that reflects our brand, helps a broad audience begin to understand our role in the market, and challenges existing assumptions of Red Hat among those who know us --and we did it entirely in-house.

The concept has proven to have real legs. We used the original :30 campaign intro anthem spot in a variety of paid placements, and elements from the animation were cornerstones of the campaign design kit. The animations were used as part of our brand awareness campaign with KPIs for paid and organic impressions, with video views and complete rate as additional KPIs, and were used on organic social as well as paid Facebook, LinkedIn, Youtube, and Advanced TV placements.

Video for "Our Code is Open" 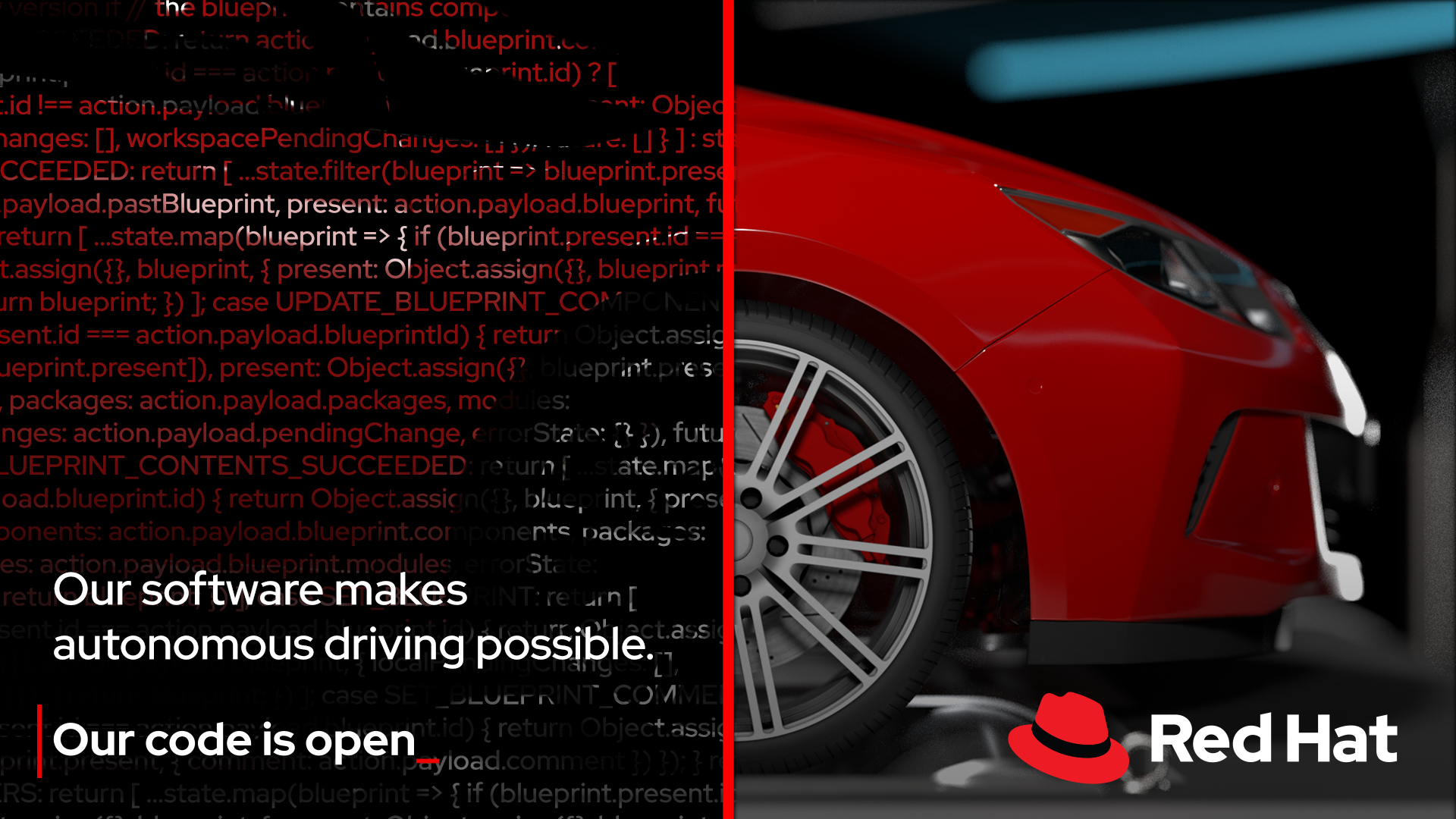 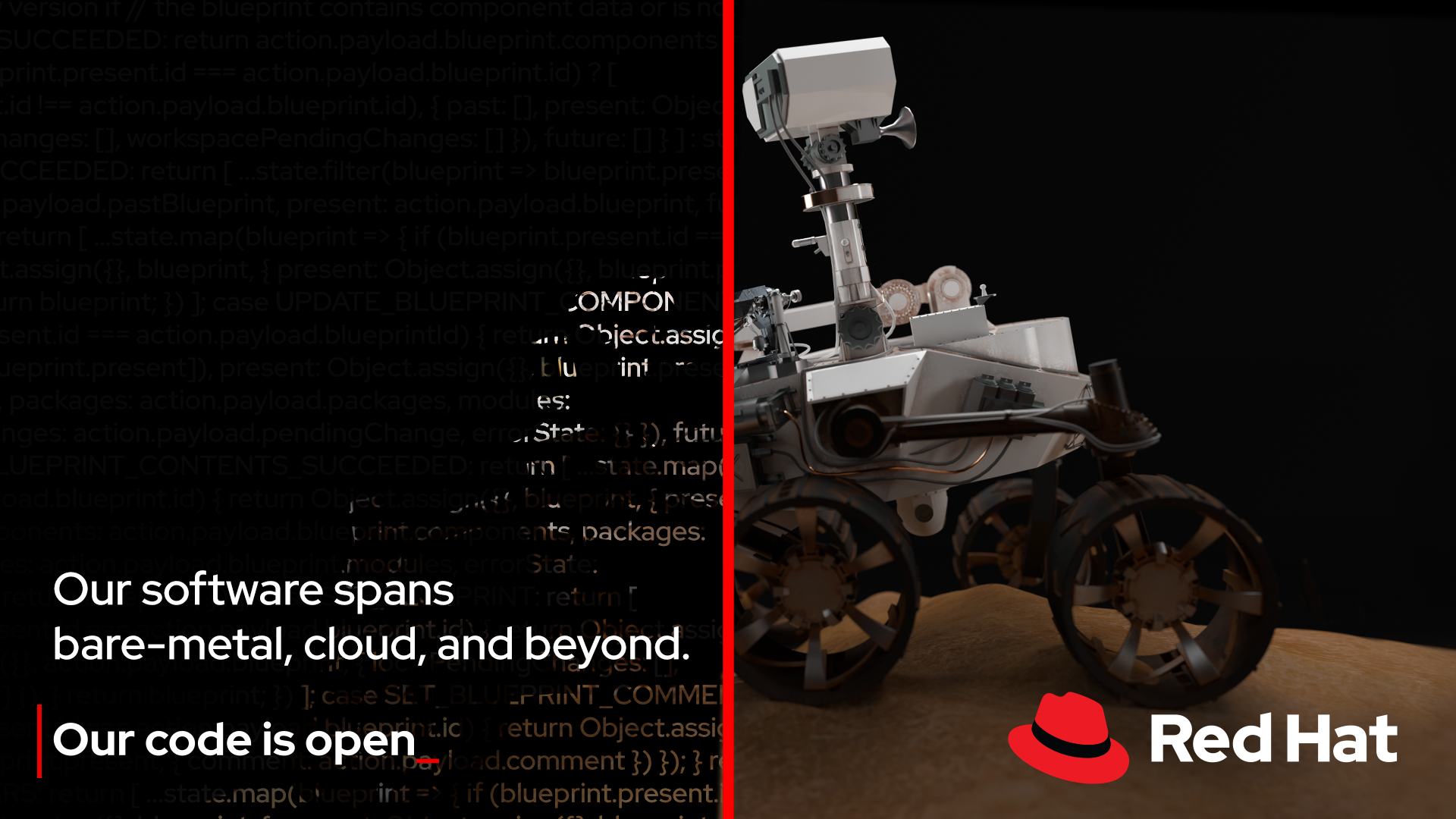 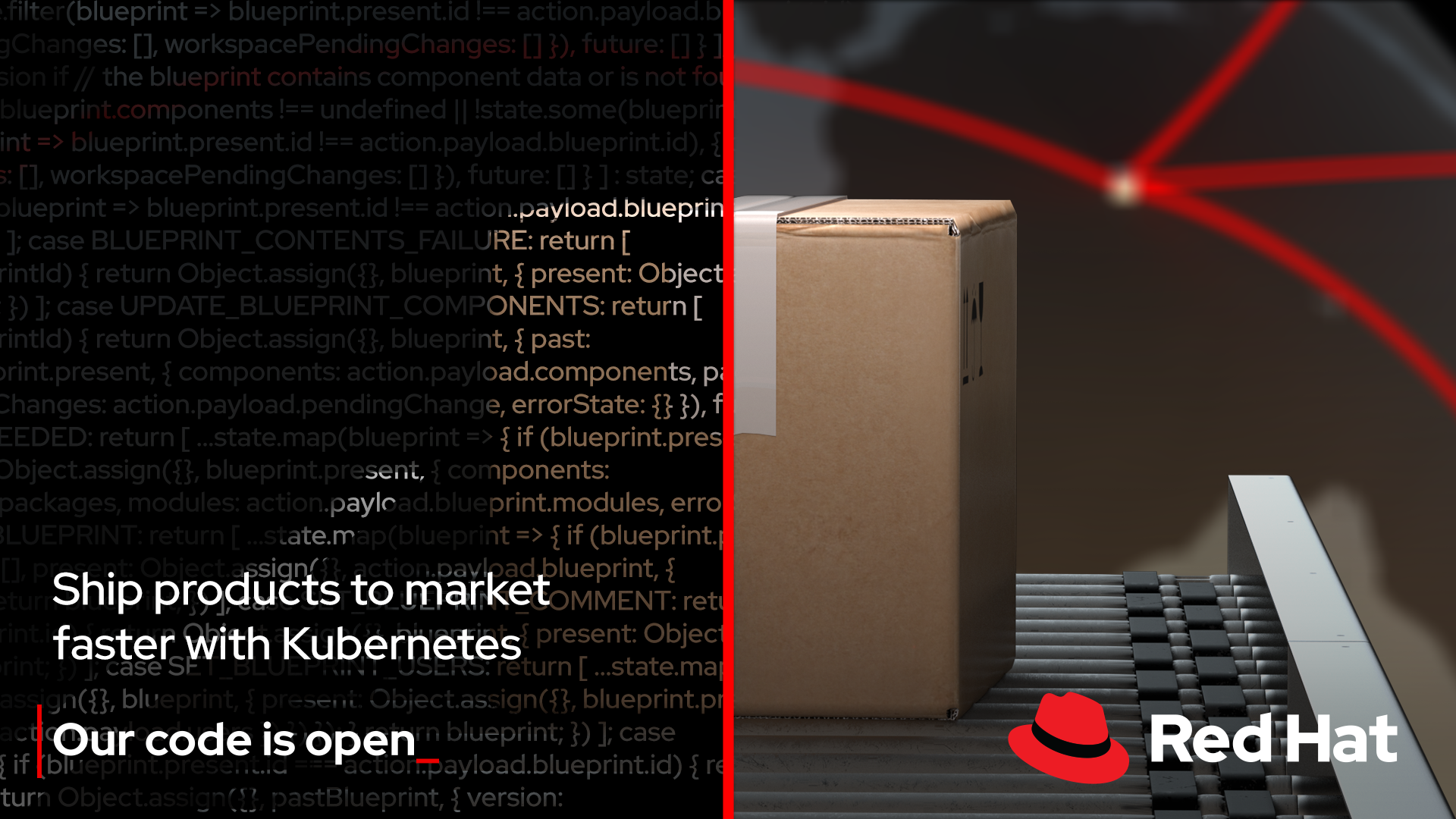 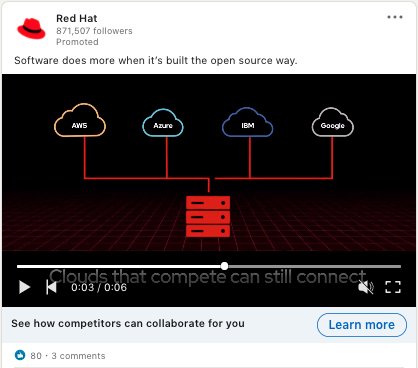 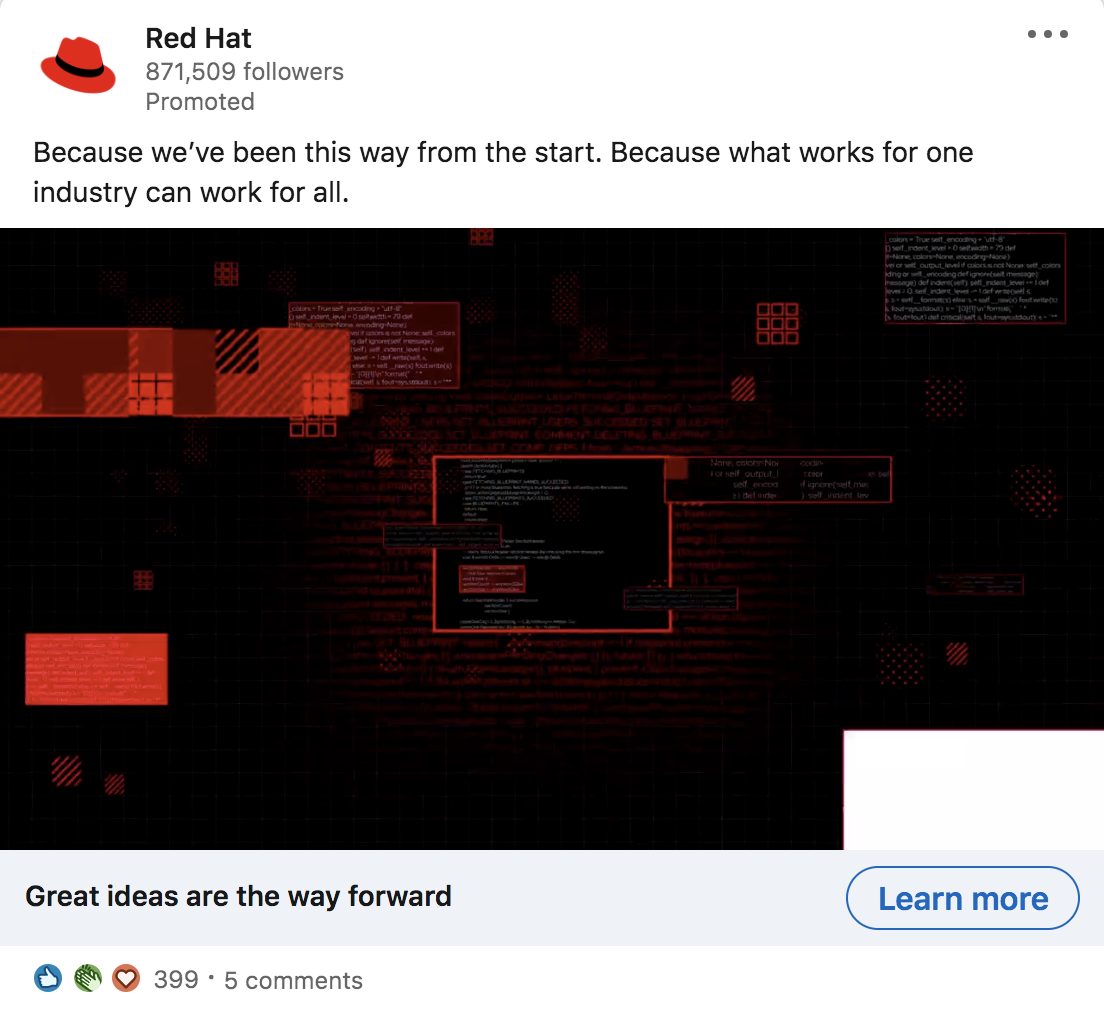