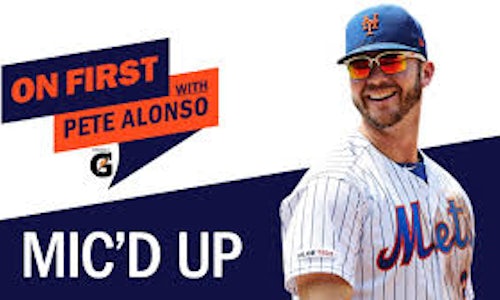 On First with Pete

On First with Pete Alonso is an MLB Original show airing on YouTube featuring Pete mic’d up in multiple games throughout the 2020 season. The goal of the show - the first of its kind - was to showcase a unique part of baseball culture yet to be explored: the natural interactions that take place between a first baseman and base runners and teammates throughout a game. In alignment with our Player Marketing strategy that calls for authenticity, relatability and connecting players to fans, On First aimed to spotlight Pete’s personality through unprecedented access and perspective.

Video for On First with Pete 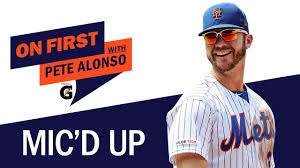