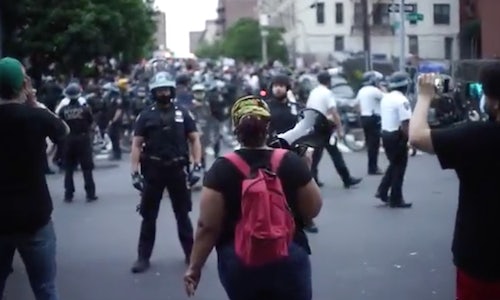 After the police killing of George Floyd, Human Rights Watch began documenting the often violent and abusive police response to protests that broke out across the country. We analyzed and recreated one such event, a June 4 Black Lives Matter protest in the Bronx,  by interviewing witnesses and analyzing clips found on social media.

Partnering with SITU Design, an architectural practice that uses design and research for creative and social impact, video evidence was placed in a three-dimensional space to examine the relationship between the protest, the City’s 8 p.m. curfew and the often-used police tactic of kettling. We wanted to immerse the viewer in the experience to demonstrate how the NYPD – with no provocation or warning – surrounded, trapped, assaulted, and arrested over 250 protesters.

One of our main objectives was to highlight that the NYPD employed abusive and unnecessarily violent tactics. We wanted to primarily bring this to the attention of the NYPD and Mayor Bill de Blasio to bring about change and reform in the NYPD.

We also sought to raise this issue with the public. We had our sights set on traditional media targets in New York and the US. Additionally, we wanted to bring this issue and our video to our social media audience.

On September 30, 2020, Human Rights Watch released an immersive 12-minute video combining video footage and witness interviews of a Black Lives Matter protest in Mott Haven, a neighborhood in the Bronx.

To create the video, we interviewed and reviewed accounts from 81 participants at the protest; we contacted lawyers, activists, community members, and city officials; we submitted freedom of information law requests; and we collected, analyzed, and verified over 150 social media videos recorded during this one protest.  Our Digital Research Technologist, used the metadata, compared videos with maps, timings and pieced together what we had available to get as accurate a picture as possible of the event.

Combining eyewitness accounts and video, we created a timeline of events, that produced a full picture of what happened from start to finish. We partnered with SITU Research, an inter-disciplinary applied research firm based in Brooklyn, to produce a three-dimensional model of the protest that shows the movements and tactics of the police, as the NYPD, with no provocation or warning – surrounded, trapped, assaulted, and arrested over 250 protesters.

With this, we were able to convincingly debunk the excuses and misinformation that the mayor, police commissioner, and other officials were using to defend the police abuse: This wasn’t a case of “bad apples” within the police. This was a planned assault, led by the NYPD’s highest-ranking uniformed officer, on a group of peaceful protesters. And it happened in one of the poorest neighborhoods in New York City, and the country, which has for decades experienced some of the worst consequences of systemic racism, police violence, and overcriminalization. Mott Haven highlights the much deeper systemic problems with policing in New York and across the country and the need for broad structural change.

NYCLU and Legal Aid Society filed a lawsuit against the NYPD for police abuse against protesters. The lawsuit cited the HRW Mott Haven report prominently.

Several lawsuits have been brought against the NYPD, including one by New York’s Attorney General. The NYC Department of Investigation released a report criticizing the NYPD for misconduct during the protests. The Bronx Defenders are seeking reparations from the NYC Comptroller to compensate people who have experienced NYPC abuse. The Mott Haven protest and associated police misconduct feature in all of these initiatives.

Response from NYC Mayor and NYPD

The NYPD released a statement, taking exception to our report. They told the New York Daily News that they reviewed police conduct and have implemented enhanced training and techniques.

Over numerous dates, Mayor Bill de Blasio joined the Brian Lehrer Show for a weekly “Ask the Mayor” segment. Multiple listeners called in to ask about our report and question the NYPD’s tactics. He said an investigation was ongoing and called out kettling as unacceptable.

In the week following publication, the report was covered around 90 times in 12 countries. In total, our video products associated with this work were viewed across our platforms more than 476,000 times. Various media embedded the video on their websites or included clips of our video in their coverage. 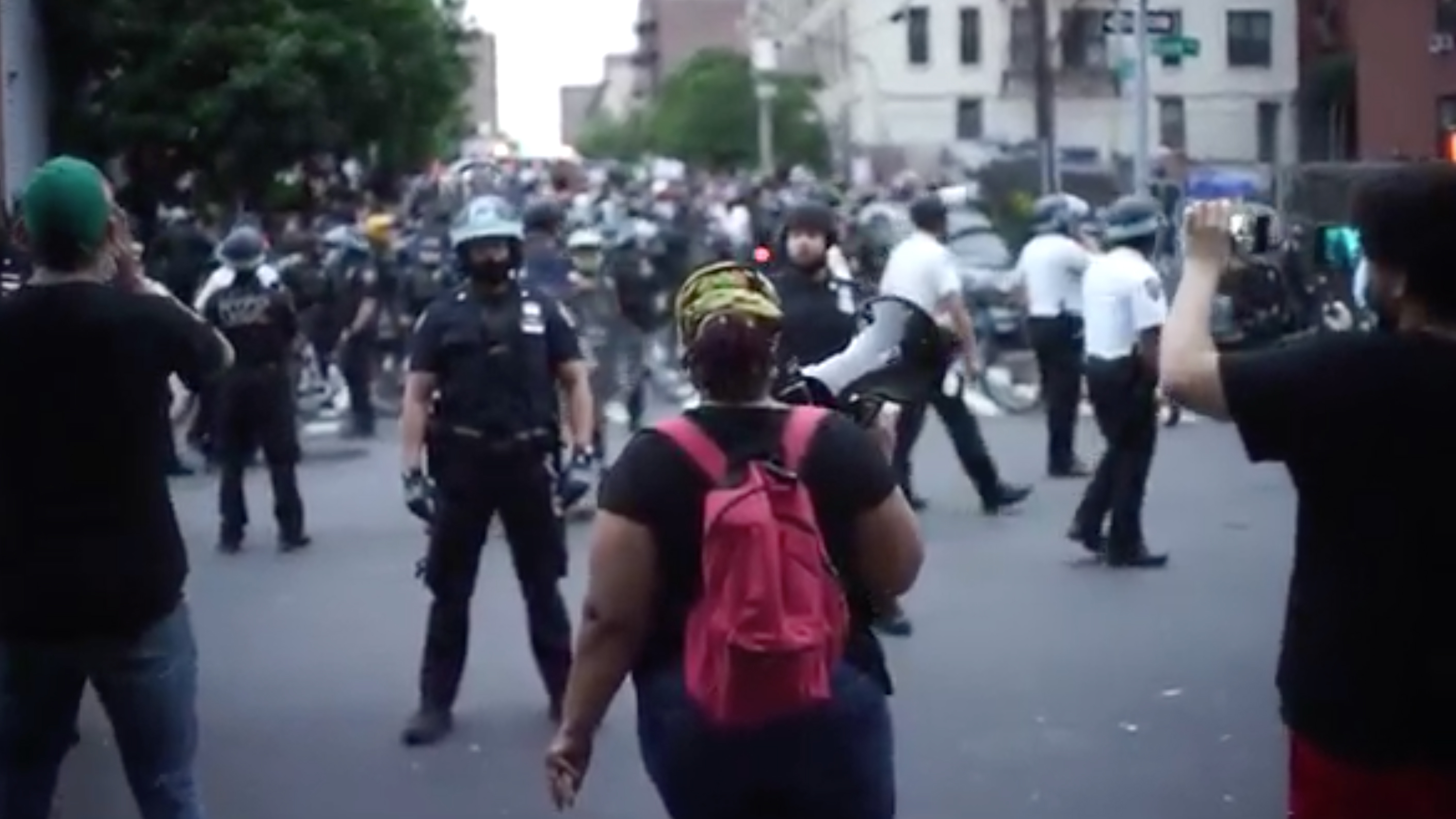